A giant praying mantis made with 42,164 LEGO pieces; a pristine lily created with rare pink LEGO pieces; a sculpture of a snake and a mouse exploring relationships between prey and predator: these are just a few of the sculptures on display at  Lewis Ginter Botanical Garden June 28 – September 22, 2019, as part of Nature Connects®: Art with LEGO® Bricks. Created with half-a-million LEGO bricks, the award-winning exhibit by New York artist Sean Kenney will feature 24 sculptures in 13 displays throughout the Garden. Cost is included in regular Garden admission.

Many of the sculptures are larger than life and highlight the interconnectivity of all living things. For example, an oversized hummingbird and flower demonstrate concepts of co-evolution. A centerpiece sculpture of a Monarch butterfly and milkweed draws attention to protecting the habitat of Monarchs. There’s even a chance for guests to be part of the exhibit with a photo opportunity built into a mosaic of a garden scene. Fittingly, Lewis Ginter Botanical Garden’s passion is connecting people and plants to improve our community. 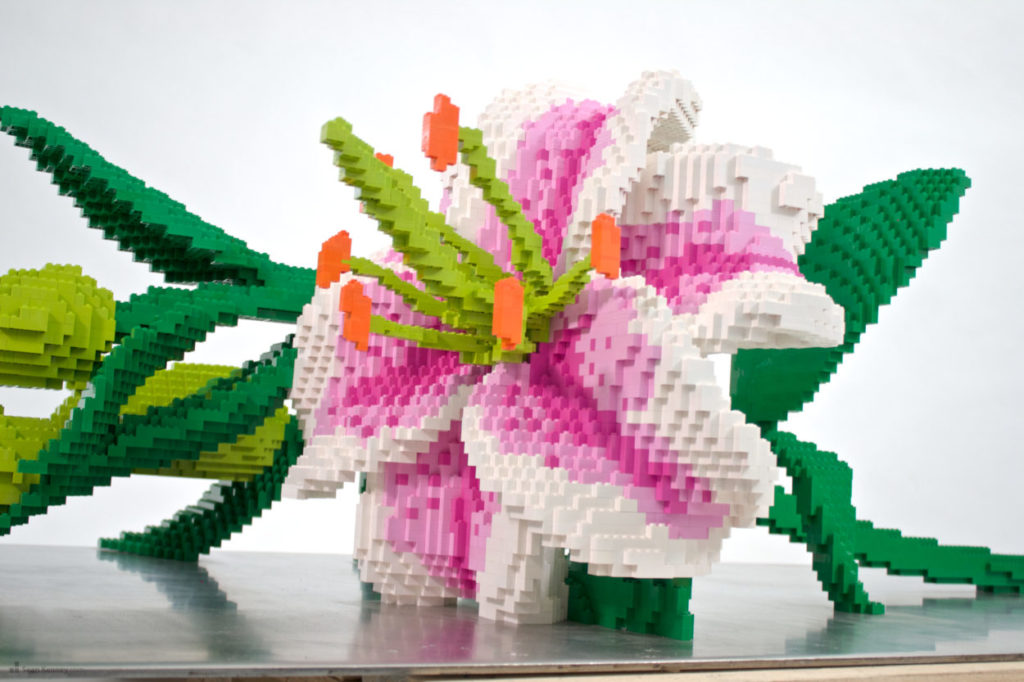 The lily has been a symbol of purity and resurrection of life since ancient times. One of the ﬁrst plants grown by humankind for beauty instead of food, the lily remains as popular as ever today. The fragrant, white-ﬂowered types are meant to attract hummingbird-like sphinx moths to pollinate them. Their scent and color help attract crepuscular moths (those active at dawn and dusk) and nocturnal moths. For this reason, white lilies are an ideal plant choice for evening and moon gardens. They show beautifully in night-lighting or moonlight and the moths that come to pollinate are an entertaining sight. 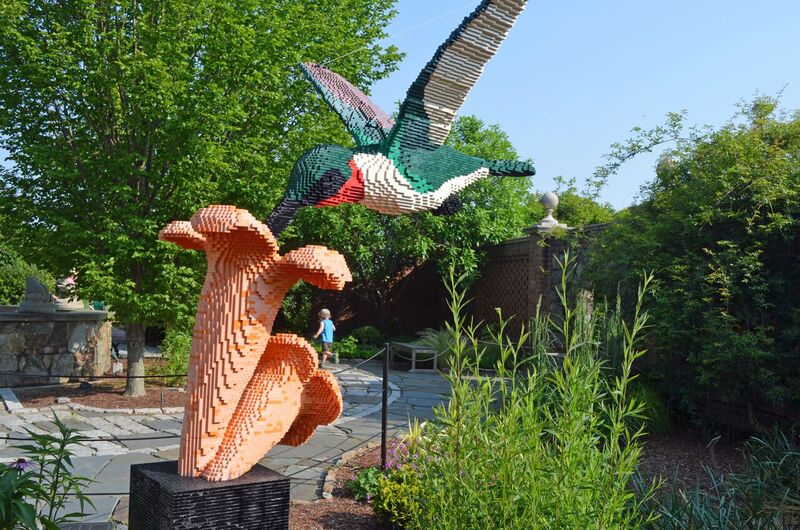 You can tell a lot about a bird by its beak. Each bird is perfectly adapted to its main type of food. Hummingbirds have long narrow beaks that allow them to drink nectar from deep within a ﬂower. Beyond their beaks, hummingbirds inspire wonder for their incredible engineering! They are the only bird that can ﬂy in any direction, including backward, with wing beats of 60 per second. Although many weigh less than a penny, these tiny creatures can migrate for thousands of miles and ﬂy across the Gulf of Mexico. Humans have learned many lessons about aerodynamics and ﬂight from the hummingbird. Many species co-evolved, seen here by the shape of the tube-shaped trumpet flower which matches the long, narrow beak of a 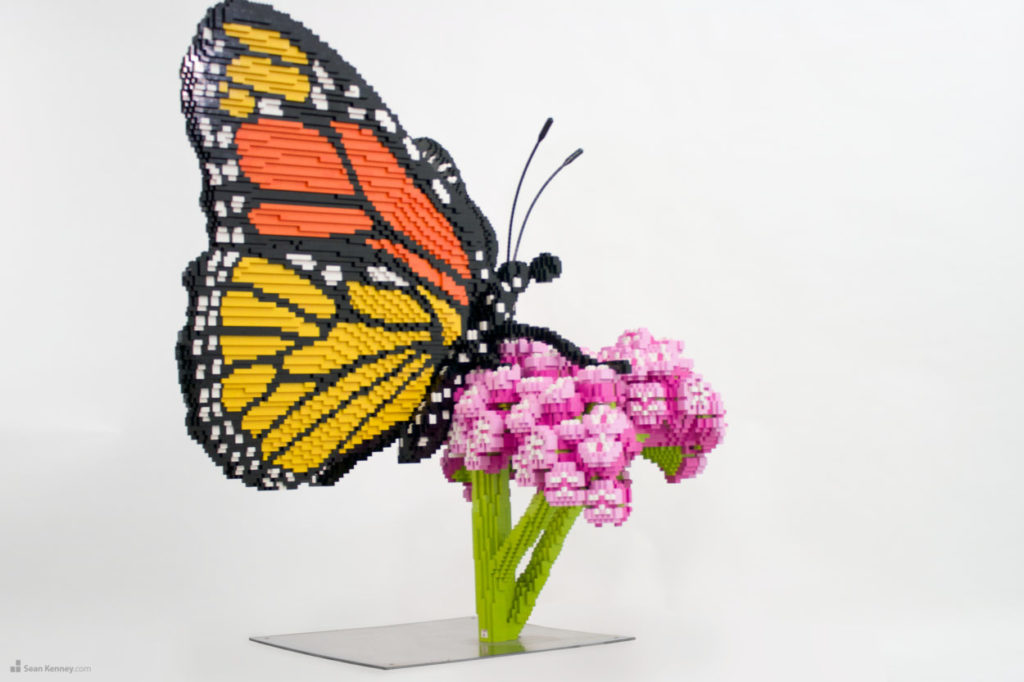 The Monarch butterﬂy is known for its relatively large size and beautiful orange-red and black scaled wings. It owes this beautiful color combination to its host plant—the milkweed. When Monarch caterpillars feed on milkweed, they ingest the plant’s toxins, which in turn make the adult butterﬂies toxic to predators. The Monarch’s coloration is a classic warning for predators in the natural world to stay away. The milkweed plant also provides nectar-rich ﬂowers for the adult Monarch butterﬂy to survive for its migration. 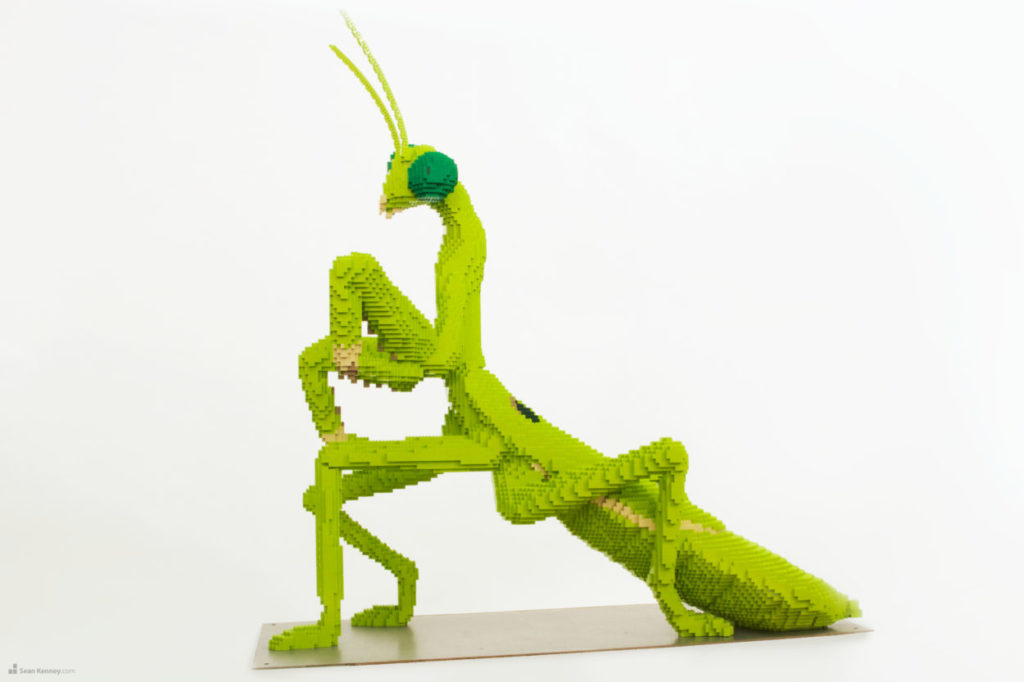 Mantids are extraordinary predatory insects that eat just about anything small enough for them to catch. They are called “praying” because of the way they hold their extra-strong unique forelegs, which they use to catch and hold prey. The American native Carolina Mantid depicted here is considered a beneﬁcial insect because it helps balance outbreaks of pest species. The larger Chinese Mantid is often depicted, but it is an introduced species that is becoming invasive. The Chinese Mantid has the potential to damage rare insects, especially in remnants of rare wildlands like prairies.

Guests can be part of the exhibit. This mosaic cut out allows people to photograph themselves as part of the display. 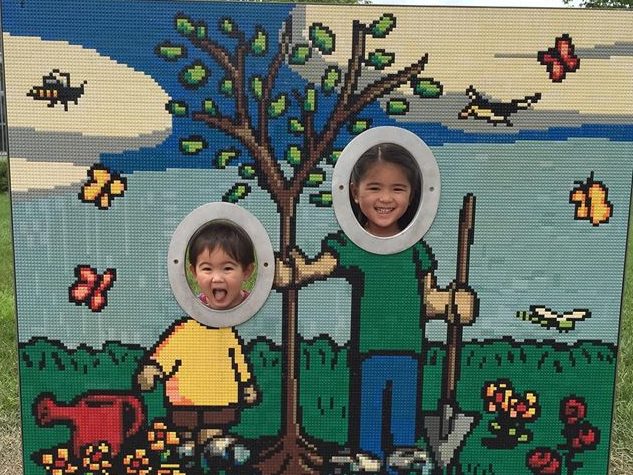 To learn more about the other pieces that are in the Garden, visit the exhibitions page here.

Butterflies LIVE! is an indoor exhibit filled with fun family activities for all ages. Get up close and personal as hundreds of tropical butterflies feed, flutter and take flight all around you.

The Art of Play promises moments of joy, whimsy and enchantment with art exploring how playful interactions can create connection and conversation.

Drop in program, each Tuesday at 10 a.m. Limited space available, meet in the Robins Visitor Center.