The History is on the Plate
DECONSTRUCTING AFRICAN AMERICAN FOOD HISTORY

This program is offered free due to generous support by The William L. Brown Center at the Missouri Botanical Garden 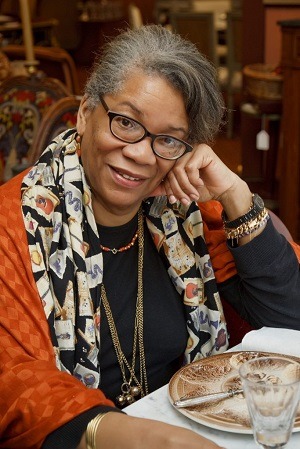 Photo by Kristy May

Jessica B. Harris is the author of twelve critically acclaimed books documenting the foods and foodways of the African Diaspora: Hot Stuff: A Cookbook in Praise of the Piquant; Iron Pots and Wooden Spoons: Africa’s Gifts to New World Cooking; Sky Juice and Flying Fish Traditional Caribbean Cooking; Tasting Brazil: Regional Recipes and Reminiscences; The Welcome Table: African American Heritage Cooking; A Kwanzaa Keepsake; The Africa Cookbook: Tastes of a Continent; Beyond Gumbo: Creole Fusion Food from the Atlantic Rim; On the Side; The Martha’s Vineyard Table; Rum Drinks: 50 Caribbean Cocktails from Mojito to Rum Daisy and High on the Hog: A Culinary Journey from Africa to America.

A culinary historian, she has lectured on African-American foodways at The Museum of Natural History in New York City, The California Academy of Sciences in San Francisco, The Smithsonian Museum of American History, the Smithsonian Museum of African American History and Culture in Washington DC, the Atlanta History Center, Oxford Brookes University, U.K., and the Oldways/American Institute of Wine and Food conferences in Tunis, Tunisia, and in Rabat, Morocco, well as at numerous institutions and colleges throughout the United States and abroad.

In addition to her work on the foodways of the African Diaspora, Dr. Harris is also the author of The World Beauty Book (Harper/SanFrancisco, 1995), a collection of beauty secrets from women of color around the world, the co-editor of La Vie Ailleurs (Harcourt Brace Jovanovich, 1989), a multicultural French text, and the translator of Ton Beau Capitain by Simone Schwarz-Bart. She was restaurant reviewer for The Village Voice in New York City for six years (1995-2001).

Her memoir – My Soul Looks Back: A Memoir, published in 2017, was a finalist for the PEN Open Book Award. Her most recent book: Vintage Postcards from the Atlantic World: In the Dignity of their Work and the Joy of Their Play was published in May 2020.

In her more than four decades as a journalist, Harris has written book reviews, theatre reviews, travel, feature and beauty articles too numerous to note. She has written extensively about the culture of Africa in the Americas, particularly the foodways, for publications ranging from Essence (where she was travel editor from 1977-1980) to German Vogue. She has written for most of the major food magazines Including Gourmet, Saveur, Food & Wine, Cooking Light, Southern Living, and Eating Well. She has chaired panels and given presentations at the Fancy Food Shows in both San Francisco and New York, at Chef Magazine’s Chef des Chefs, and at The Caribbean Culinary Federation’s annual Taste of the Caribbean, where she has given the keynote address for six years, as well as at IACP (International Association of Culinary Professionals) and AIWF (American Institute of Wine and Food) conferences among others.

Dr. Harris has made numerous television appearances on shows including The Today Show, Good Morning America, The Main Ingredient, and B. Smith with Style. On the Television Food Network, she has appeared on the Curtis Aikens Show, Sara Moulton’s Cooking Live, and TV Food News and Views. She has hosted five episodes of Chef du Jour and served as the resident food historian of Sara Moulton’s weekly Cooking Live Primetime from July through November 1999.

A professor in the English Department at Queens College, CUNY for 50 years until her retirement, Harris is currently professor emerita. She holds an A.B. from Bryn Mawr College, a M.A. in French Literature from Queens College, CUNY, a License ès Lettres from the Université de Nancy, France, and a doctorate in Performance Studies from New York University where her dissertation focused on the French-speaking theatre of Senegal. Dr. Harris was the inaugural scholar in residence in the Ray Charles Chair at Dillard University in New Orleans.

Dr. Harris has been a Board Member of the Caribbean Culinary Federation, a national board member of the American Institute of Wine and Food, a life member of the College Language Association, a founding member of the Southern Foodways Alliance, and a board member emerita of Ogden Museum of Southern Art and Culture in New Orleans. Dr. Harris has also been an advisory board member of The Southern Food & Beverage Museum also in that city and the Heinz Center in Pittsburgh. She has consulted for the Martha’s Vineyard Museum, the Historic New Orleans Collection, and the Smithsonian’s American Museum of African American History and Culture in Washington D.C. She is a patron of the Oxford Cultural Collection in Oxford, England.

Dr. Harris holds many honors and has received a Lifetime Achievement Award from the Southern Foodways Alliance, the Lafcadio Hearn Award from the John Folse Culinary Institute at Nicholls State in Louisiana, and was inducted into the James Beard Who’s Who of Food and Beverage in America. She has received the Amelia award from the New York Culinary Historians and the De Masters Award from the Association of Food Journalists. Her cookbooks were inducted into the James Beard Cookbook Hall of Fame in 2019 and in March of 2020, she was given a Lifetime Achievement Award by the same organization.

Dr. Harris is fluent in French and conversant in Spanish and Portuguese.

This program is supported by The William L. Brown Center at the Missouri Botanical Garden 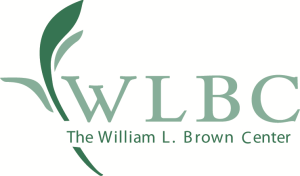