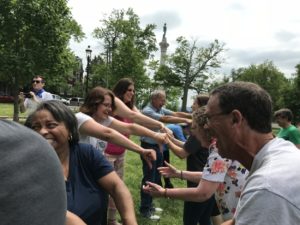 Join us for a afternoon of laughter yoga at World Laughter Day! We will start with a 1-hour Laughter Yoga exercise session, led by certified laughter yoga leader, Slash Coleman. He will guide participants into prolonged voluntary laughter (10-45 seconds at a time) utilizing laughter games, deep breathing, and childlike playfulness. This will be followed by a mindfulness meditation, a reading of Dr. Kataria’s message for World Peace and a laughing contest with prizes. 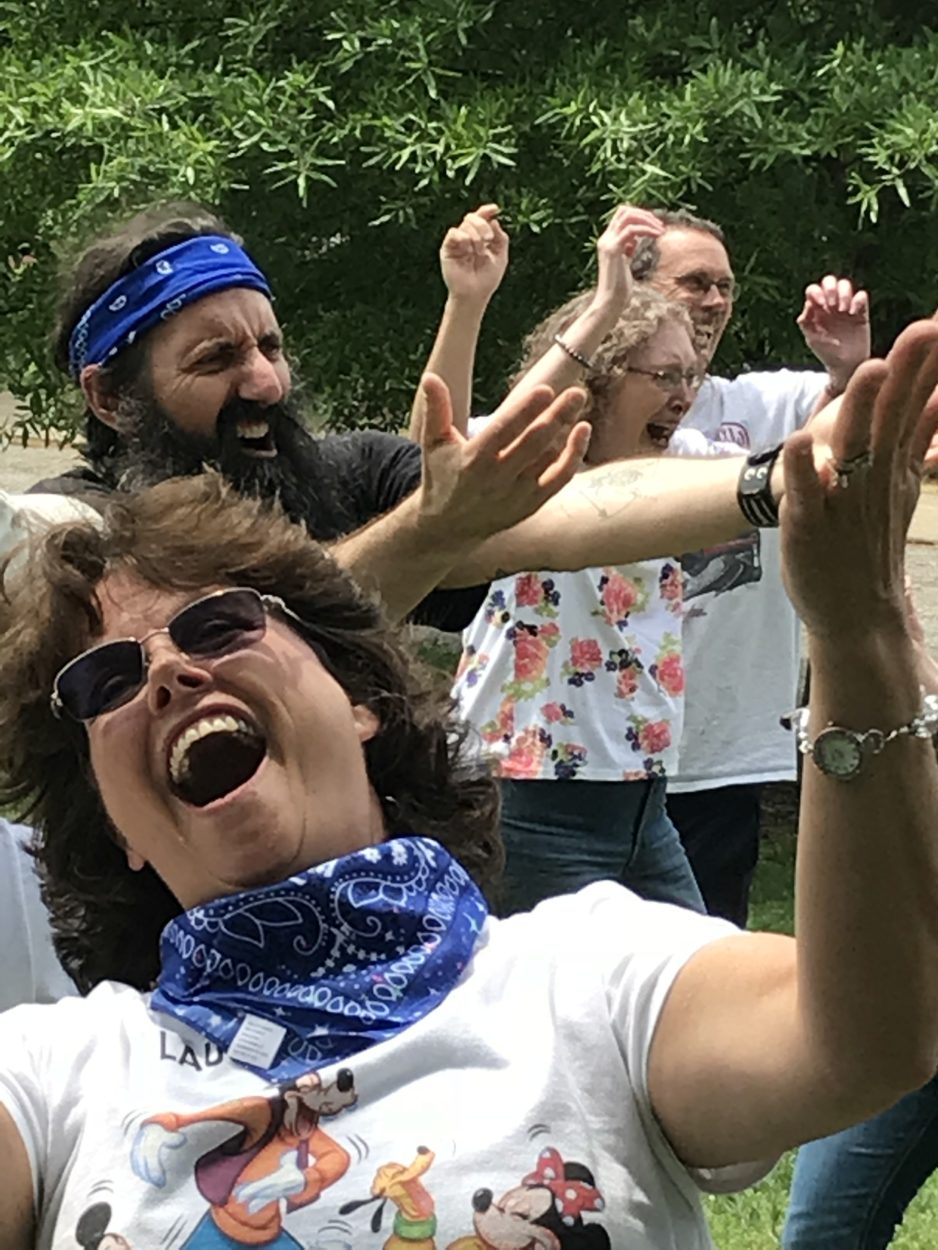 Come try the latest mindfulness and fitness craze that’s sweeping the nation: Laughter Yoga! Started in 1995 by a medical doctor in India, it’s based on the belief that voluntary laughter provides the same benefits as spontaneous laughter. Combining laughter games with deep breathing,
laughter yoga is a great way to bring something positive into your life. Open to all ages and abilities, no prior yoga experience, special clothing or equipment is necessary. Come in jeans, t-shirts or in work clothes.

“This is a great event for families to enjoy together because there are no yoga poses involved and you don’t need to be flexible or funny,” Coleman says. “It’s based on the belief that voluntary laughter provides the same benefits as spontaneous laughter. We simply laugh for no reason, without relying on humor, jokes or comedy.”

World Laughter Day (WLD) is celebrated the first Sunday in May all over the world. RVA Laugh Club will join 8,000 “laughter clubs” worldwide including those in Paris, Tokyo, Sydney, Toronto, Berlin, Taipei, Rome, and Hong Kong. The annual celebration was created in 1998 by Dr. Madan Kataria, who also founded the internationally acclaimed Laughter Yoga which is practiced in 108 countries and at over 6,000 laughter clubs.

If you can’t make this World Laughter Day event join the RVA Laugh Club at Chimborazo Park on May 5th at 10 a.m. for free. 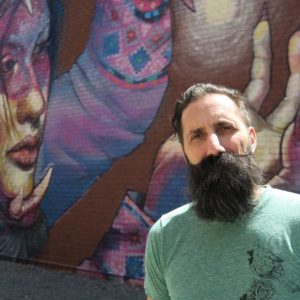 Slash Coleman, MAed & Certified Laughter Yoga Leader, best known as the best-selling author of “The Bohemian Love Dairies” and the writer behind dozens of off-beat storytelling shows that have been featured on stages internationally and on TV, is the founder of RVA Laugh Club, a weekly laughter club dedicated to creating healthier and happier lives in Virginia. Since 2017, he’s provided laughter yoga programs at ASK Childhood Cancer Foundation, Parham Doctors’ Hospital, Hunter Holmes McGuire VA Medical Center and in dozens of elementary schools and YMCAs. He currently splits his time between writing, leading laughter yoga sessions and working in his family’s business, Tinkers, as both an upholsterer and art conservator.

Butterflies LIVE! is an indoor exhibit filled with fun family activities for all ages. Get up close and personal as hundreds of tropical butterflies feed, flutter and take flight all around you.

Six new interactive sculptures from Virginia artists will inspire you to see play in a whole new way!