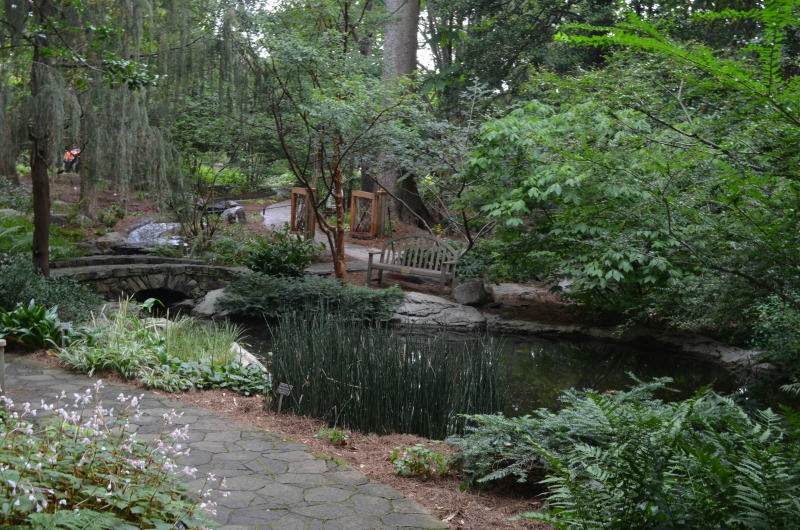 A stream wanders through the tranquility of Dot’s Garden, under a stone bridge and into the woodland pool that lies beyond.

Like footprints in the snow, each of us leaves our mark on this world when we pass through it. We touch people’s lives, sometimes in ways that last only a moment, and other times in ways that are more permanent. If you shopped in the Garden Shop at Lewis Ginter Botanical Garden during the past two decades, you may have been helped by volunteer Dorothy “Dot” Robelen, who touched many lives here during her 21 years of service. 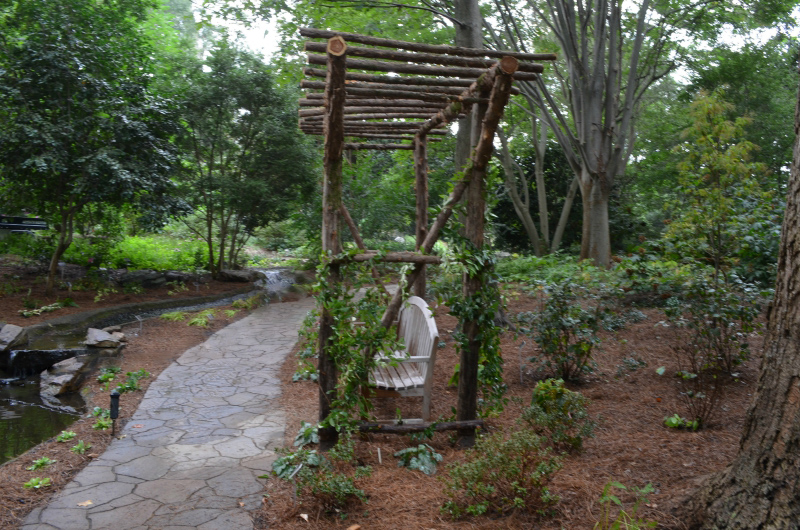 The wooden bench sheltered by a natural cedar arbor in Dot’s Garden is the perfect place to pause and reflect. In time, Bignonia capreolata ‘Tangerine Beauty’ Cross Vine and Aristolochia tomentosa woolly Dutchman’s pipe will grow to enclose the space. 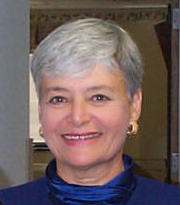 Dot Robelen, who volunteered for 21 years in the Garden Shop at Lewis Ginter.

“Dot was a class act,” Garden Shop Manager Martha Anne Ellis explained. “She had impeccable taste, an eye for good design and she enjoyed people. Her presence here elevated the experience of the Garden for so many visitors.” When Dot passed away in 2014, her family wanted to create a permanent remembrance in this place that meant so much to her. And so the seeds of an idea were sown for Dot’s Garden, a memorial to the master gardener who, when she wasn’t working in her own garden, devoted much of her spare time to local garden clubs and horticultural societies. Dot loved plants and people, and was happiest when she was with friends sharing her love of things that grow. As a volunteer at Lewis Ginter Botanical Garden she plied both of her passions.
Wander along the Woodland Walk in Flagler Garden and you will discover Dot’s Garden, bordered by a waterfall on its western edge. Its entrance is framed by a pair of gates woven from the branches of a rhododendron that had overgrown its space along the walkway there.

“As hard as it was to remove a grouping of rhododendrons, they were ungainly and beginning to decline. We gave them new life by intertwining them into the beautiful gates,” said George Cowart, Horticulture Manager, designer and project lead for Dot’s Garden. 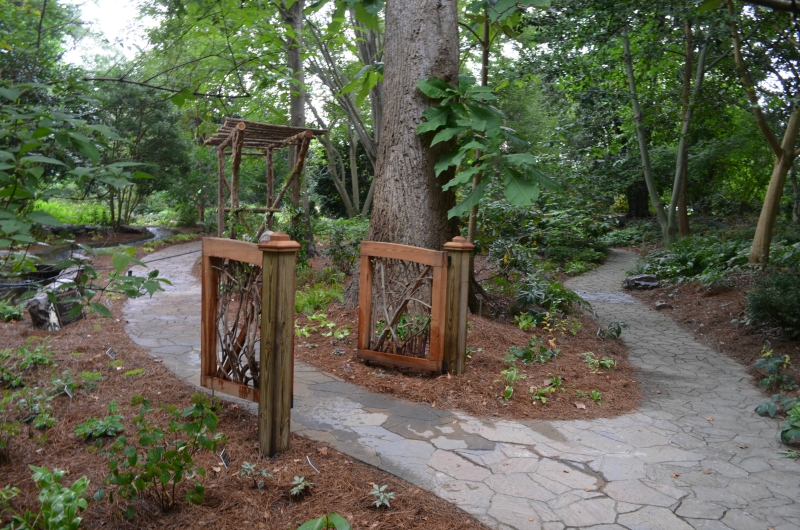 Garden volunteer Al Blencowe built the gates that mark the entrance to Dot’s Garden. They were designed by Horticulture Manager George Cowart, who served as project lead and designer for the space. 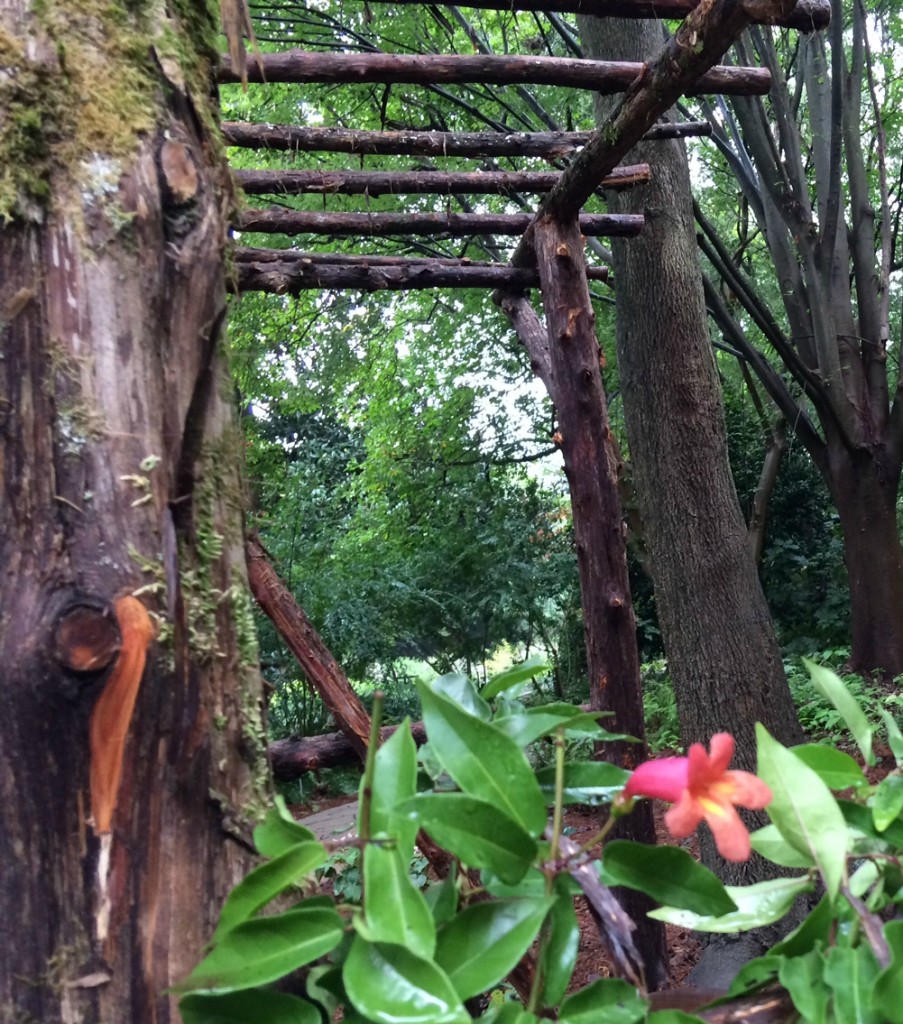 The vines that will eventually cover the arbor in Dot’s Garden bloom for the first time.

Volunteer Al Blencowe, who built the gates, and volunteer Doug Joslin, also constructed an arbor from natural cedar logs that is tucked into the center of Dot’s Garden. Meant to create a backdrop as well as a secluded spot to sit in contemplation, the arbor will eventually be veiled by the vines that have been planted to grow over it.

The garden that Dot shared with her husband Don at their home in Manakin-Sabot grows in a similar setting to the one chosen for her memorial garden at Lewis Ginter. “But the deer in Manakin-Sabot loved the same things that Dot did, and they almost always prevailed,” Don said with a sly grin. “In her memorial garden we included the hosta and ferns that she and the deer competed for, which thrive in the moist shade of the Woodland Garden path. We made sure she won that battle!”

The plants in Dot’s Garden were chosen for their year-round appeal. But they are especially beautiful in the fall, giving her family a chance to reclaim their love for the season marred by her diagnosis and then death. Honoring her in this way is an important part of their grieving and healing as well. For her family, Dot’s Garden is a beautiful way of sharing what a beautiful person she was. It will be an enduring symbol, not only of her contribution here, but of what she loved, and what they loved about her. 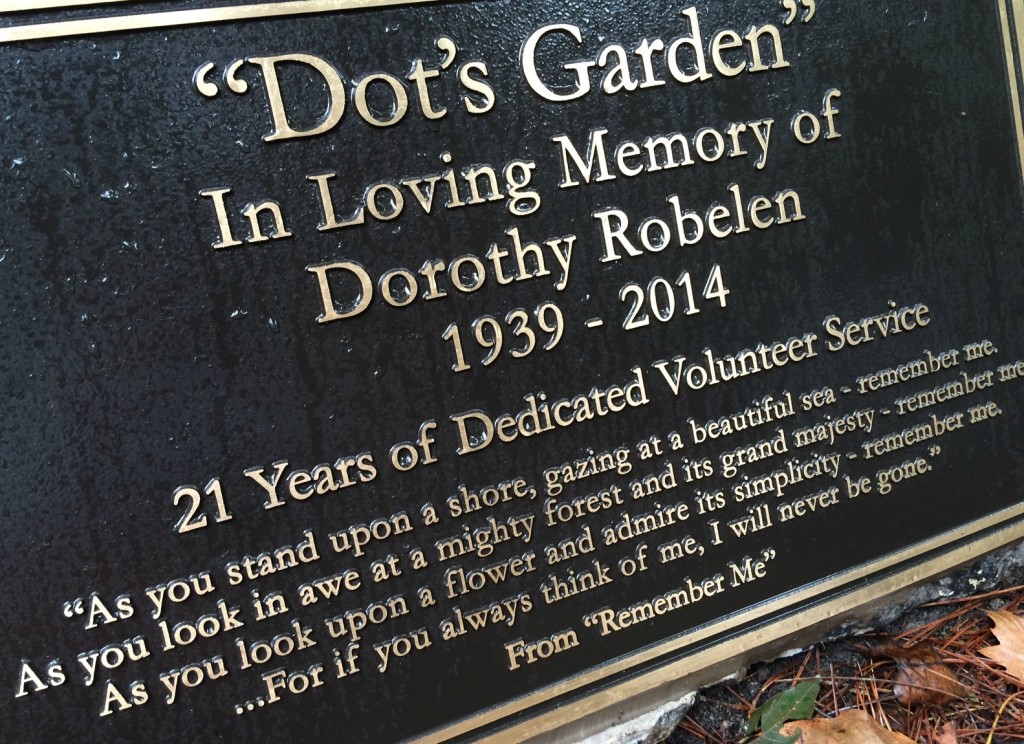 A commemorative plaque honoring Dot Robelen marks the location of her memorial garden, chosen because it resembles the woodland setting she loved in her own garden at home.