Philodendrons Bloom in the Conservatory 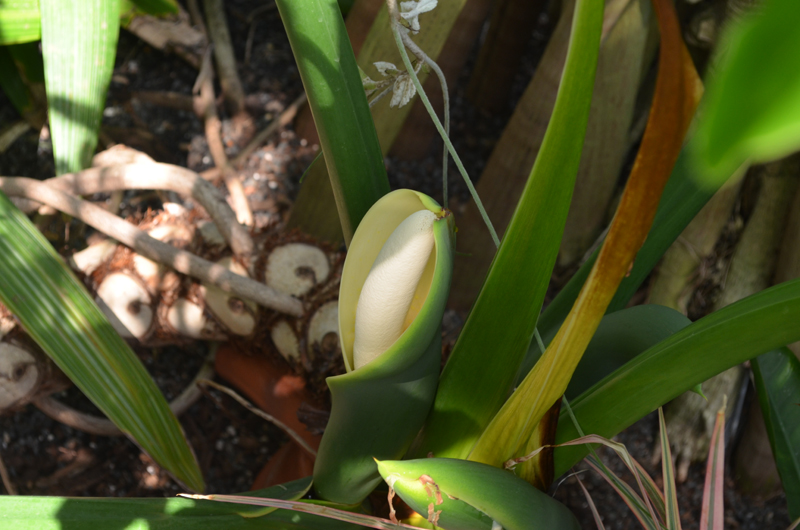 Philodendrons have separate male and female parts, meaning the plant can’t self-pollinate and needs the help of an outside pollinator. For the philodendrons, reproduction works a little differently depending on where they are in the world because their location determines what pollinator is going to help them reproduce. A philodendron in Brazil, for example, relies on the scarab beetle to help with pollination. Scarab beetles are less common outside the tropics, and therefore philodendrons outside the tropics typically need the help humans for pollination.

Philodendrons are only open for two days at a time when they’re flowering, and each plant will have two to three blooms that open up at different times over the blooming period. A philodendron bloom is about 12 inches from stem to tip, and the optimal time for pollination is in the middle of the night. Nighttime is also when the bloom has its strongest fragrance, but we can’t tell you what it smells like because we’re not here late at night. You can tell when a philodendron is ready for reproduction by its spadix — the long white part of the flower. “Instead of a specific color or pattern (it is very fragrant), it creates heat to attract pollinators,” says Conservatory Horticulturist Chelsea Mahaffey. The spadix can reach temperatures of up to 114 degrees Fahrenheit! “The heat attracts the beetle as it crawls into the flower looking for warmth. While entering the flower, the beetle walks over the spadix and pollinates the philodendron,” Mahaffey says. Even when the philodendron doesn’t live where scarab beetles easily can find it (like inside our Conservatory), the plant still heats up, letting gardeners know that the time for hand pollination has come. 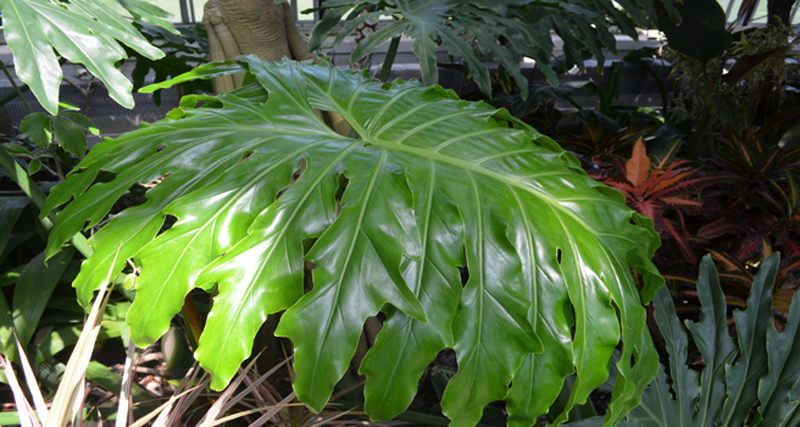 This is one of the leaves on a split-leaf Philodendron from our Conservatory. It reminds me of floppy elephant ears, only smooth and green.

Heating up during reproduction isn’t unique, but philodendrons create heat differently than any other plant we know of. Most of the time, plants create heat by burning carbohydrates, or simple sugars, that are stored in their cells. But philodendrons burn stores of fat, just as an animal would, because this is a better source of energy to maintain their very hot temperature. Even when it gets colder outside at night, the philodendron can keep burning its stores of fat to continue producing heat.

For philodendrons without scarab beetles to help with pollination, humans have a couple options in how to do this. The first option is to pollinate the philodendrons by hand. This involves rubbing pollen on the female part of the spadix (the bottom, plumper half) in the middle of the night, when the flower is most likely to reproduce. Gardeners know they’ve been successful when the philodendron produces fruit, and the fruit contains viable seeds. And fair warning! Though we can and do eat fruits from many different plants, fruit from philodendrons are poisonous. Don’t eat the fruit.

Another option is stem-cutting. Mahaffey explains it this way: “You know how the trunk goes to a point where all the leaves are coming off? You would lop off the top of that and stick that in soil. It would be a clonal cutting, so it would be the exact DNA.” Propagation by stem-cutting takes longer for philodendrons, so the faster option is pollination by hand. 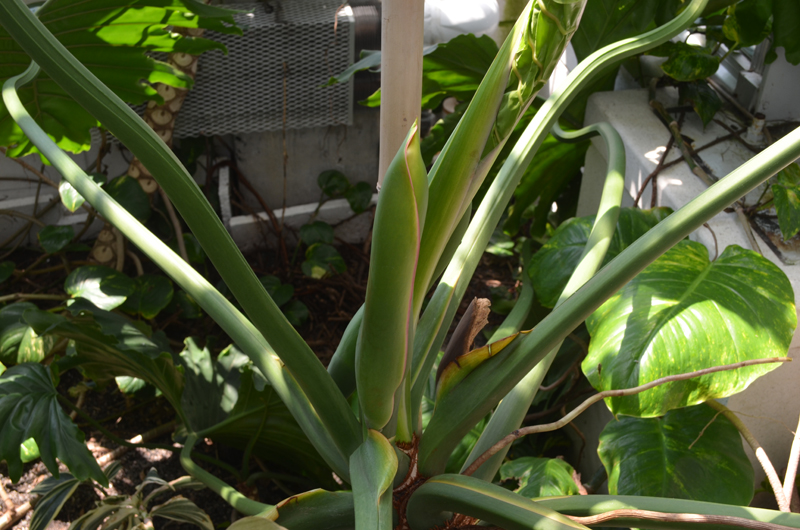 Here you can see what a philodendron bloom looks like when it’s not open. The spathe is completely covering the spadix, and until it opens, the flower will not be able to be pollinated.

Unearthly Delights: Sci-Fi Plants for Your Garden
Read More
Find Other Unusual Plants in the Conservatory
Learn More
See What's in Bloom All Year at the Garden
See Photos