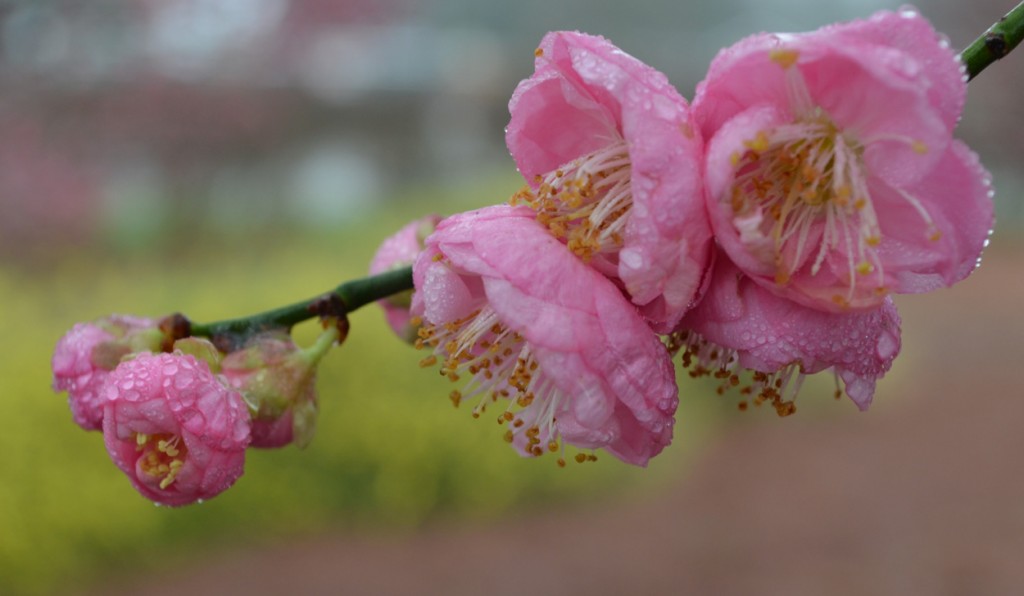 I spent my Christmas this year in shorts and a T-shirt, sweating, and wishing it felt more like the cold Christmas weather I’m used to. Granted I was in Savannah, GA. but word on the street is that we had similar weather here in Richmond.  In fact, when I came home, for the first few days it still felt like Georgia. The unseasonably warm weather has made for a record-setting attendance at Dominion GardenFest of Lights, as families and romantic couples stroll the garden in shorts. After a recent Facebook post on all the early blooms we’ve been having here at Lewis Ginter Botancial Garden this December, we been peppered with questions about what this will mean for spring bloom time. 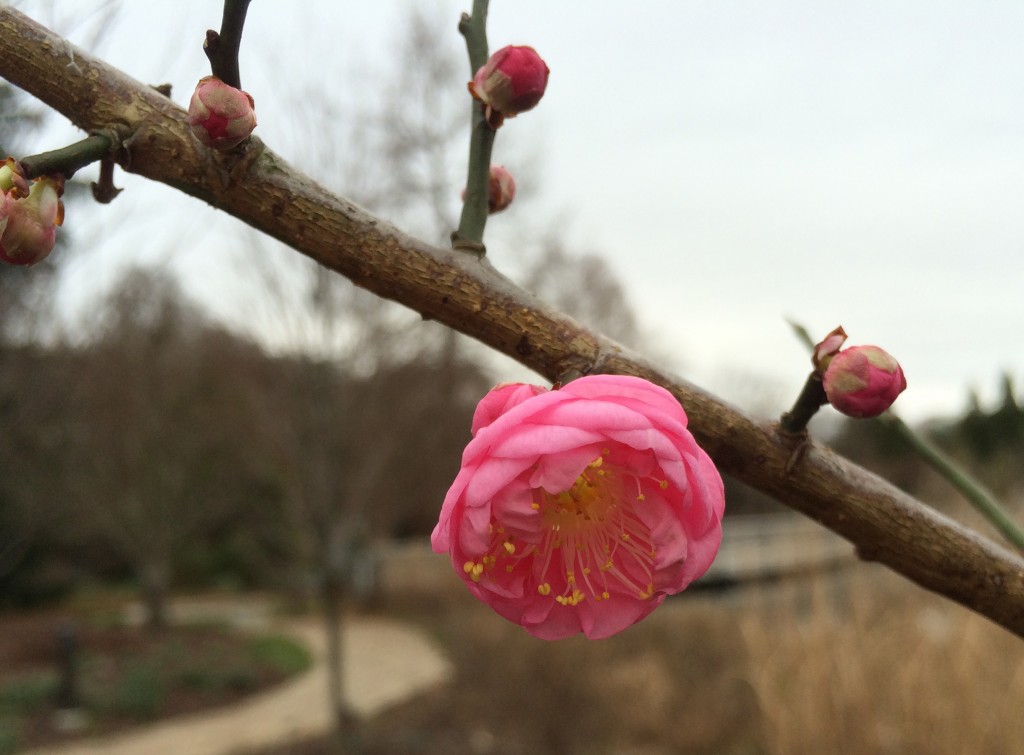 I should mention here that although these blooms are early, they may not be as early as you imagine they are. For example, our Japanese flowering apricot, Prunus mume ‘Dawn’ normally blooms in mid-March. So we are about 10 weeks ahead of schedule. The daffodils, pictured below are in a raised bed which makes it more susceptible to feeling the warm temperatures. These Narcissus ‘Grand Primo’ are in the Bragdon Memorial Garden, a walled area of the Central Garden that is somewhat protected from the elements because of nearby buildings and wind blocks.

We’re not the only ones experiencing an unseasonably warm winter. In the United Kingdom, The Guardian UK reported daffodils were in full bloom at Christmas in Olympic Park (London). Typically, in Britain daffodils bloom closer to Easter than Christmas, as they do here. 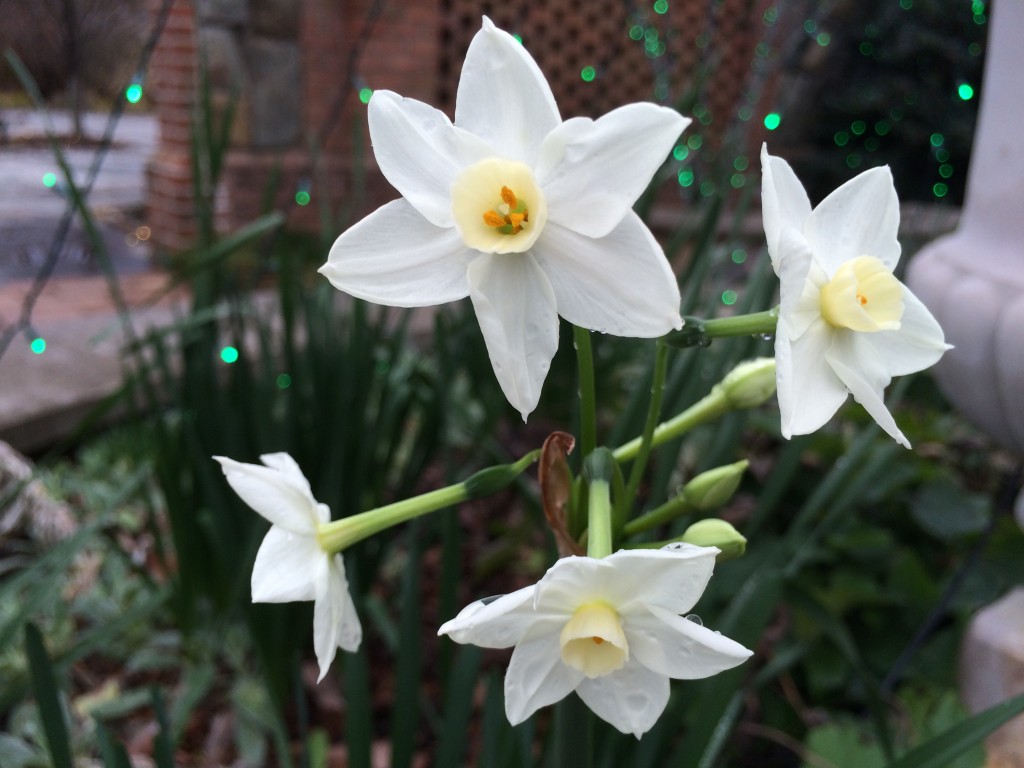 Narcissus ‘Grand Primo’ blooming now in the Central Garden. Daffodils only bloom once, so this is it for these guys. Luckily, only a few of our thousands of bulbs have popped open.

“The unseasonably warm weather is causing some of the plants in our collections to bloom early, but nothing that has us worried. Most notably, some of the plants in the Rosaceae family, such as cherries, plums, and apples, are starting to show swelling buds and some full blossoms. Some of our early bulbs like crocus and daffodils are starting to push foliage out of the ground, and some of deciduous trees are still hanging on to their fall leaves. Although this might mean a reduced bloom for some of the Rosaceae plants this coming spring, we feel that we will still have a good spring display, with plenty of nectar and pollen to feed our pollinators.”

So the next question is what happens when it gets cold again. Well, that’s supposed to happen later this week, so we are about to find out.

Elton says, “For bulbs, if only foliage has emerged, it might get a little frosted, but it won’t kill the plant and it shouldn’t affect the bloom. If a bulb like a tulip or daffodil is in full bloom now, it will not rebloom in the spring time.”

But, unlike in the UK, most of our bulbs are still in the ground. Just a few have popped open, and so our peak spring blooms should remain unaffected.

The truth is, no one knows exactly what will happen in spring. We’ve never had weather quite like this before.  But since we’ve got a bit of experience we thought we’d share with you our predictions of what this will mean for each of these blooms. Here are our predictions: 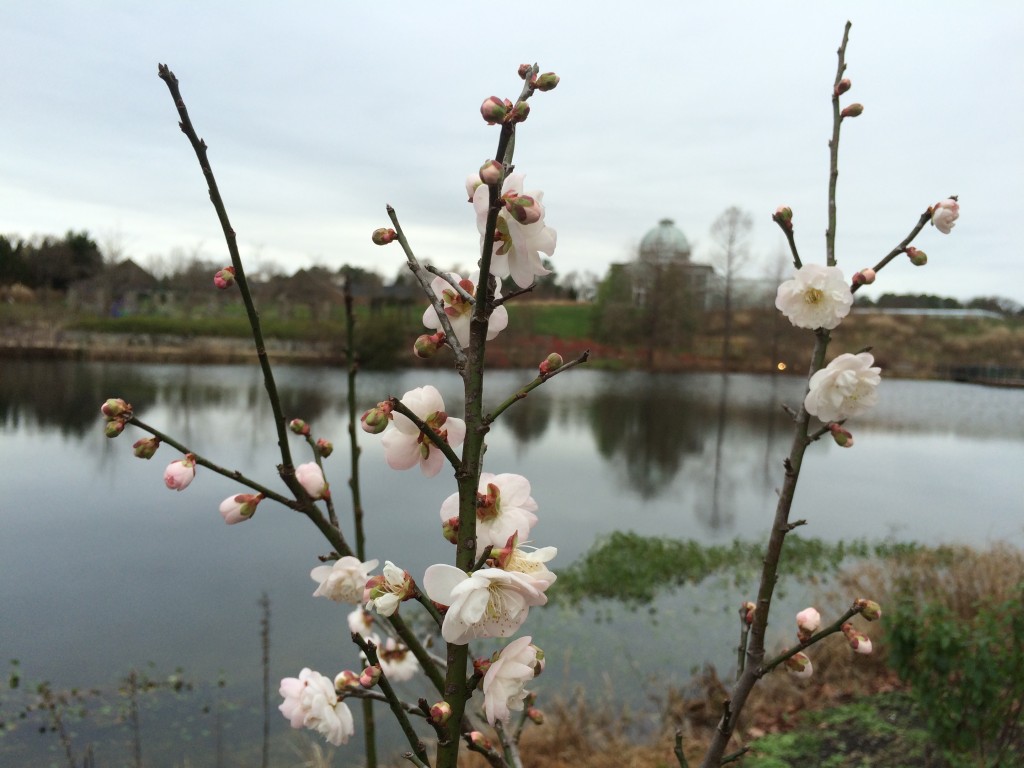 Japanese flowering apricot, Prunus mume ‘Josephine’ blooming along the Cherry Tree Walk. When the cold hits, the blooms will fade, and it won’t bloom again until next year. 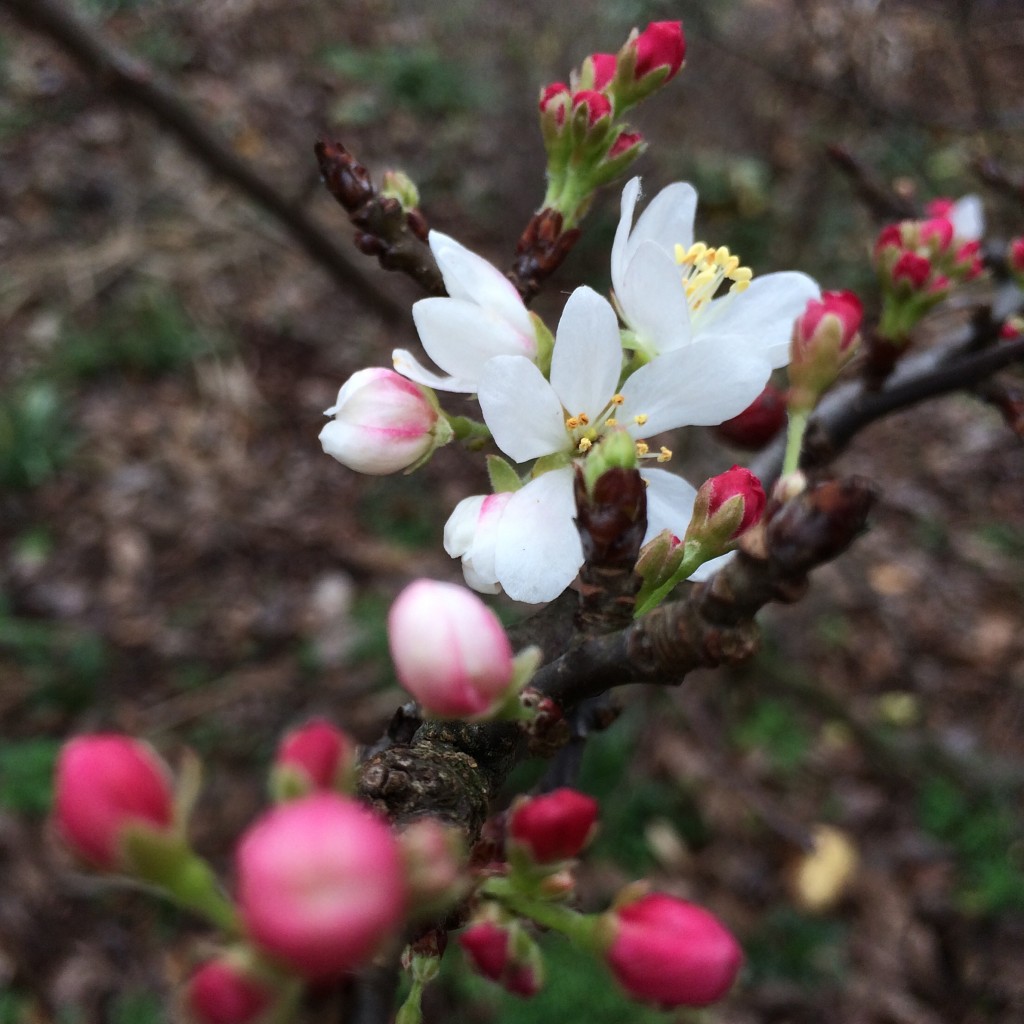 Did you know crabapple trees (Malus sp.) were so pretty? Like it’s relative the Japanese flowering apricot, this flowering will be the only bloom for this specimen until next year. 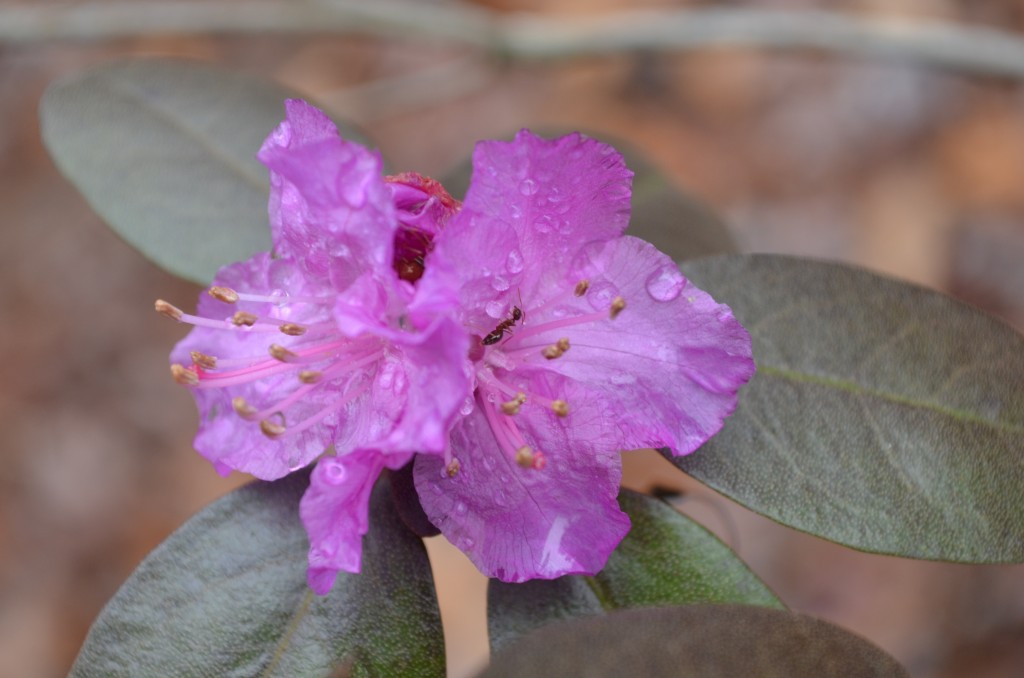 Rhododendron ‘ P.J.M.’ blooms will likely die back with the frost, but some branches whose buds haven’t opened may bloom as normal in spring. 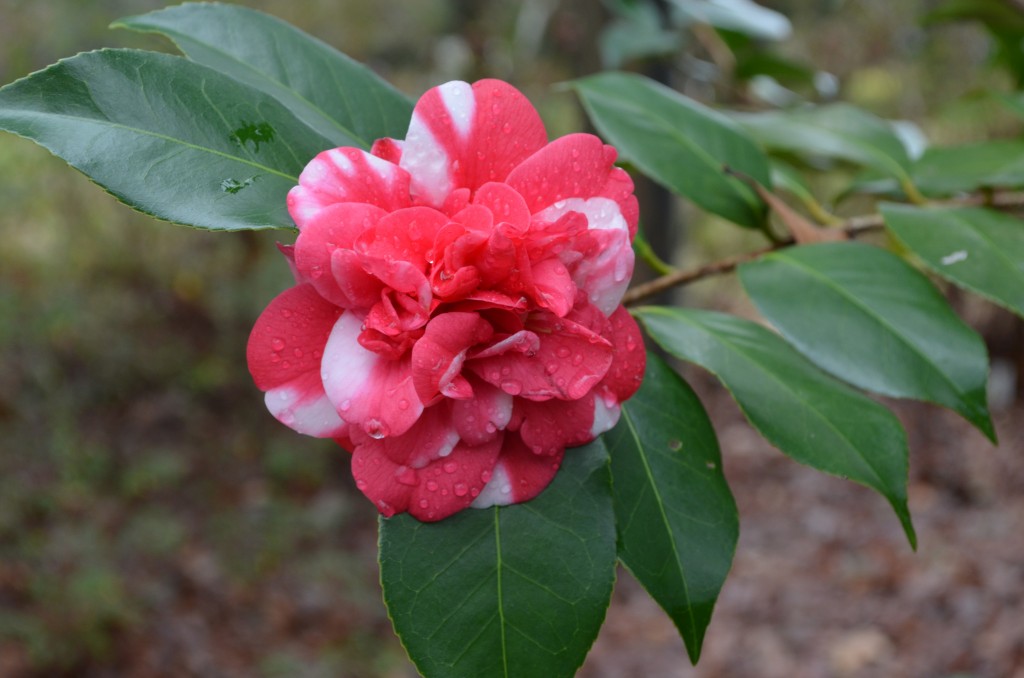 Camellias often bloom mid-winter. When the cold weather arrives, individual blooms fade, but the plant is ready to bloom again on the next string of warm days. 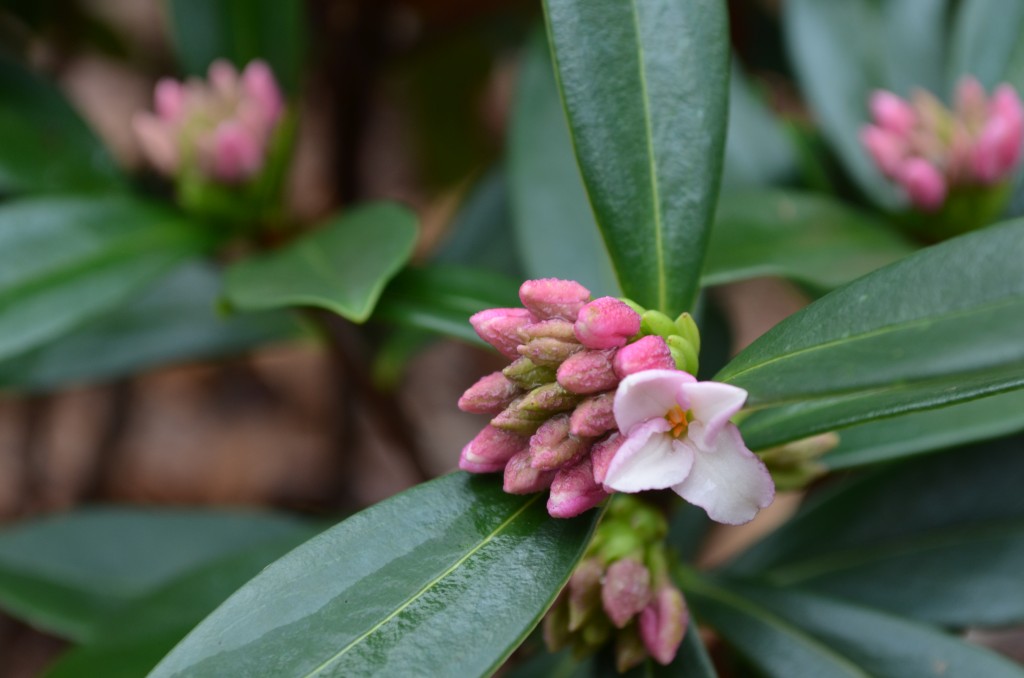 Daphne odora or winter daphne is blooming early. Typically it blooms in late winter. These blooms have barely opened, so they will be afforded some protection from the cold. 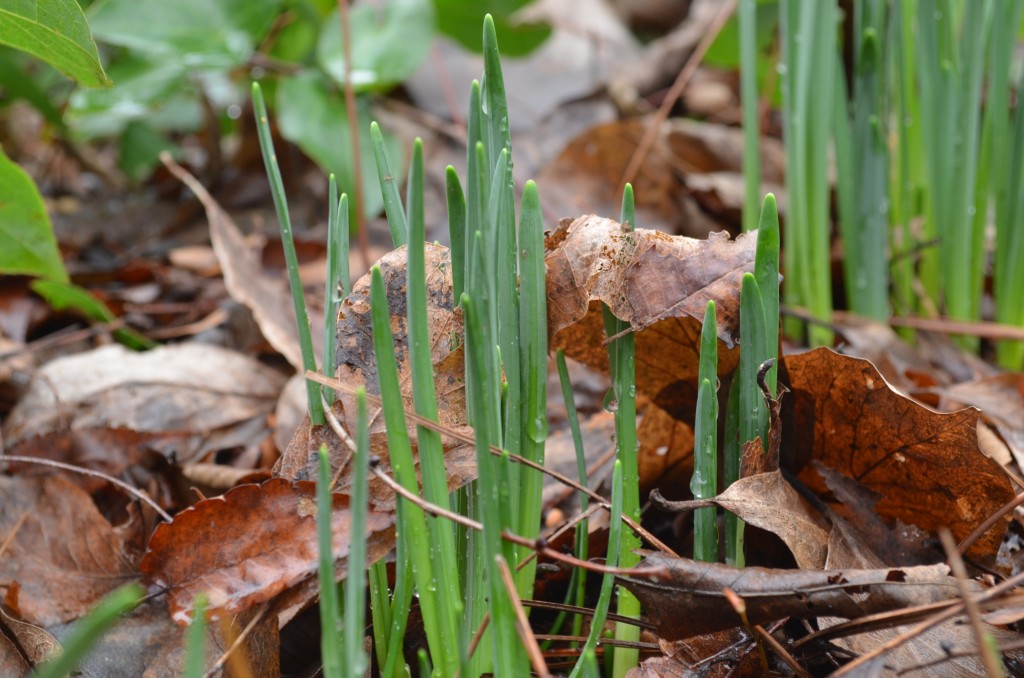 Daffodil shoots that have emerged may get some frost damage but should be fine for spring and will bloom in spring if they haven’t bloomed already. 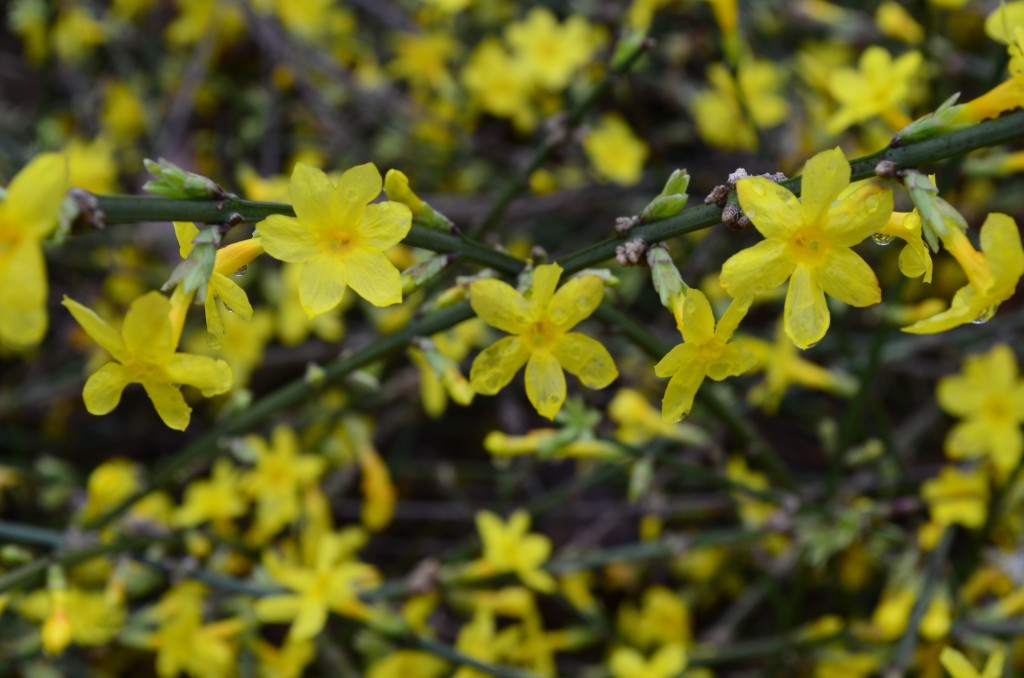 Winter jasmine or Jasminum nudiflorum typically blooms in winter, Blooms will not be affected by the cold. 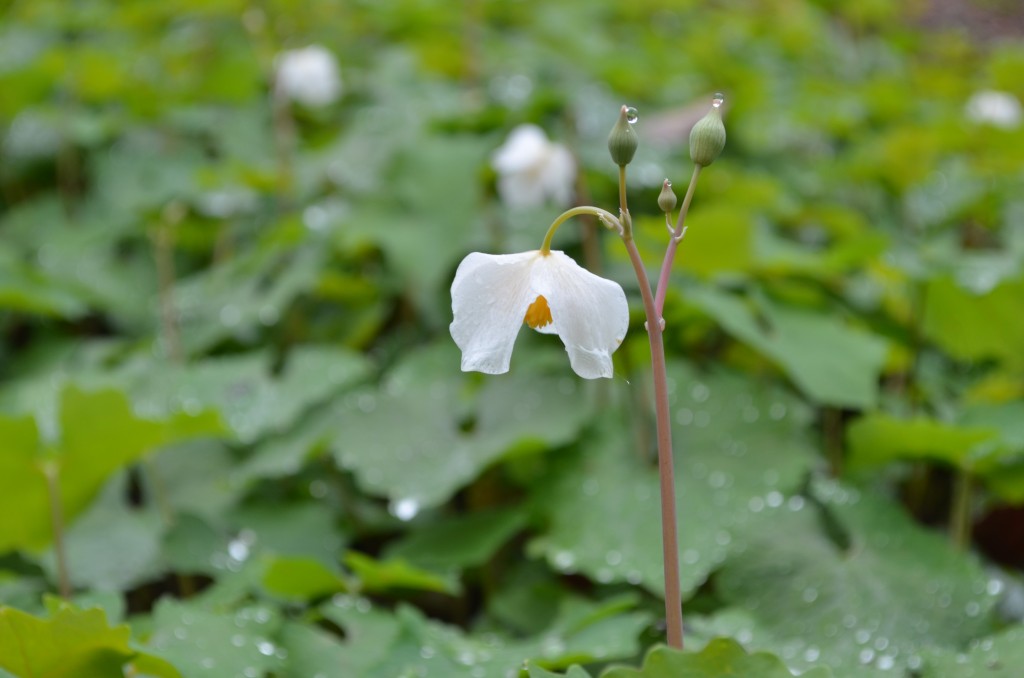 Snow poppy or Eomecon chionantha typically blooms in late spring. These blooms will die back with the frost. Plants that have not yet bloomed may bloom later this spring. 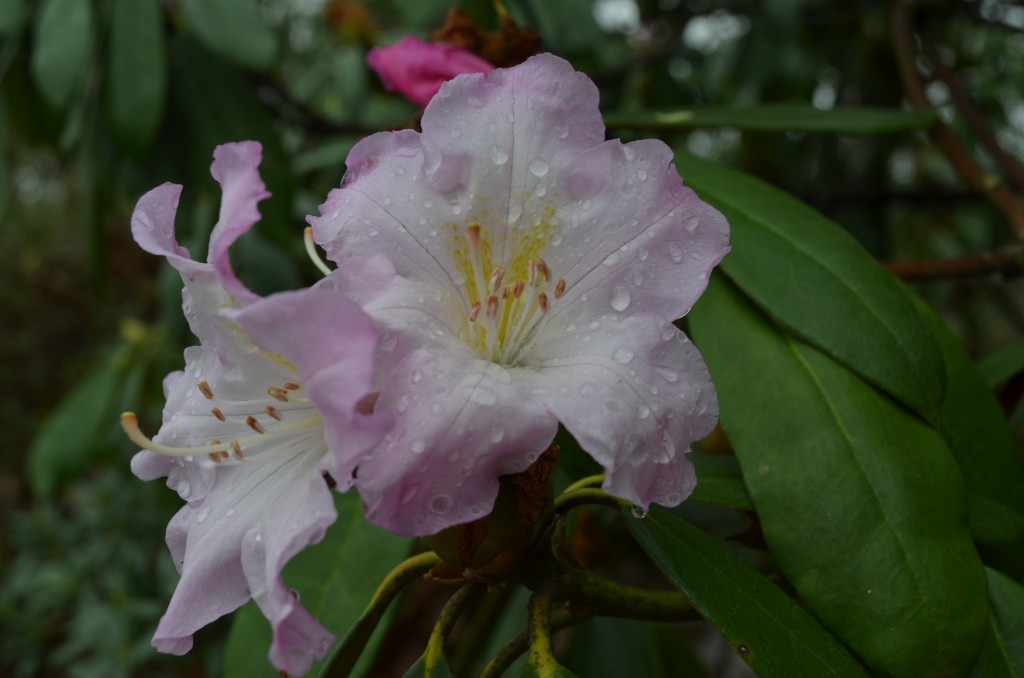 Rhododendrons typically bloom in late spring. These blooms will die back with the frost. Parts of the plant that have not bloomed may bloom later in spring. 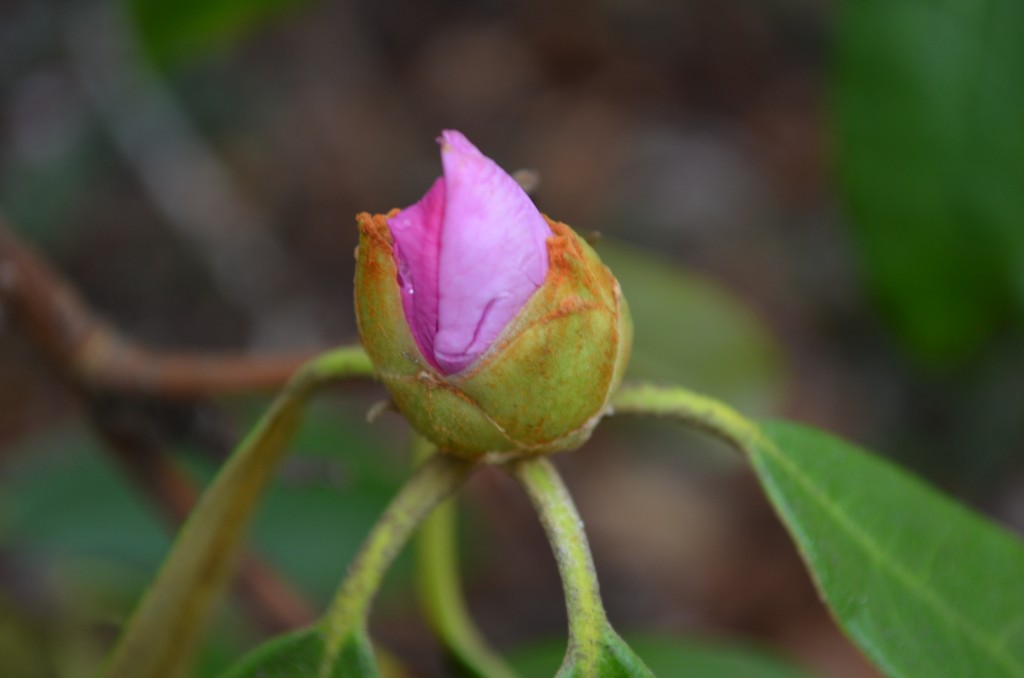 As long as this rhododendron bud stays tight, it may avoid the frost damage from the bitter cold, slated to arrive later this week.