Did you know that the Japanese windflower is part of the same family as the common buttercup? If you look at the form of the flower and the leaves you can see the similarities! The family is Ranunculaceae and also includes ranunculus a bloom often found in bridal bouquets. Ranuculas and anemone are some of my favorite flowers. Which reminds me of this quote:

But a weed is simply a plant that wants to grow where people want something else. In blaming nature, people mistake the culprit. Weeds are people’s idea, not nature’s. ~Author Unknown 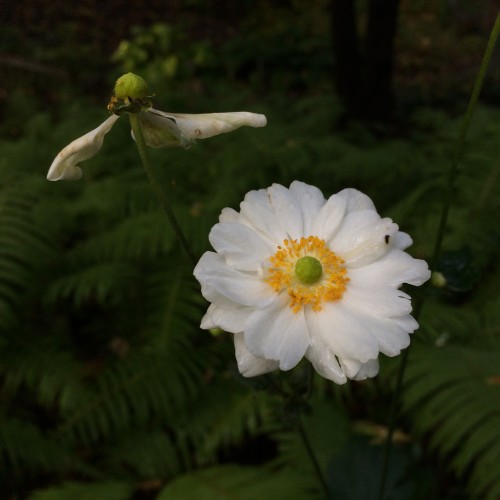