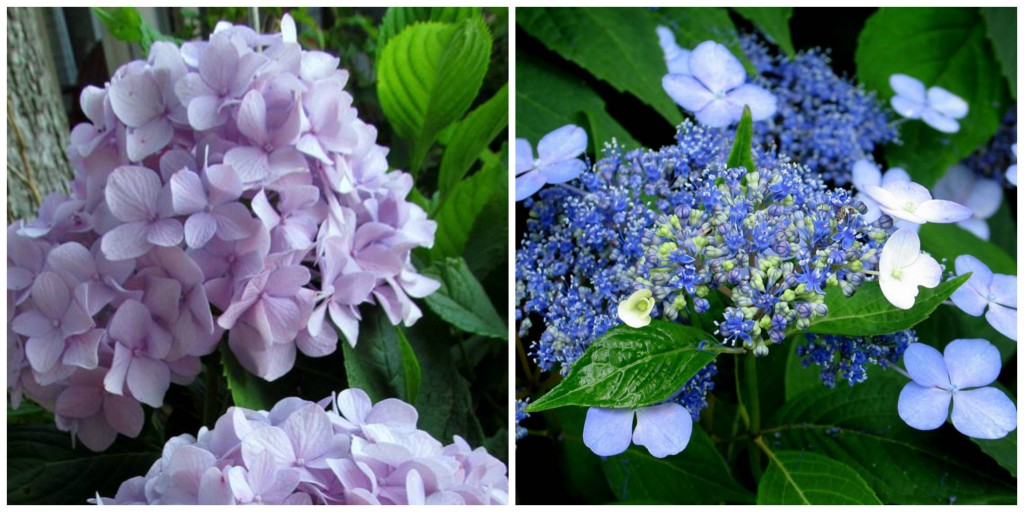 Have we got a treat for you! One of our longtime volunteers, Rich Waiton, is leading a series of  walks and talks on hydrangeas, our favorite summer shrub. Tours are timed throughout peak successive bloom time, so take more than one if you can.  Registration is required, but free for Garden Members.

On this tour, not only will you get an up-close look at the Garden’s best hydrangea blooms, but you’ll also learn how to understand the major differences between the several distinctly different species of hydrangeas which are adapted to Virginia, learn how to choose hydrangeas suited to your garden, and compare examples of each type and review their differences in bloom, growth habit, soil type, sun exposure, pruning, and other cultural requirements.

I know what you are saying. You don’t wan’t to forget any of this great info, but you also don’t want to have to bring your notebook and take notes on this awesome tour. Don’t worry, we’ve got you covered.  Rich Waiton provided us with a “cheat sheet” (below) of the major hydrangea types that the Garden has. This can help you remember what you learn, and keep it all straight. 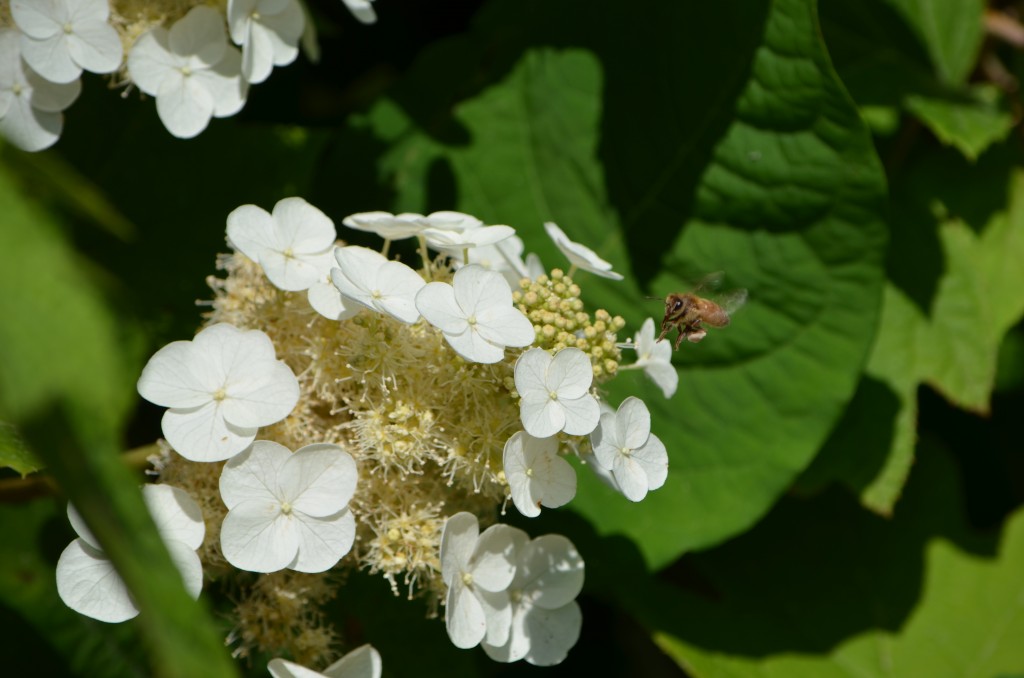 This hydrangea is providing lots of pollen for the bee – notice his full pollen pockets!

– Native to southeast and parts of Midwestern United States
– ‘Annabelle’ variety best known; others are ‘Incrediball’ and ‘Invincibelle Spirit’
– Blooms on new wood; treat them like Butterfly Bushes or chrysanthemums 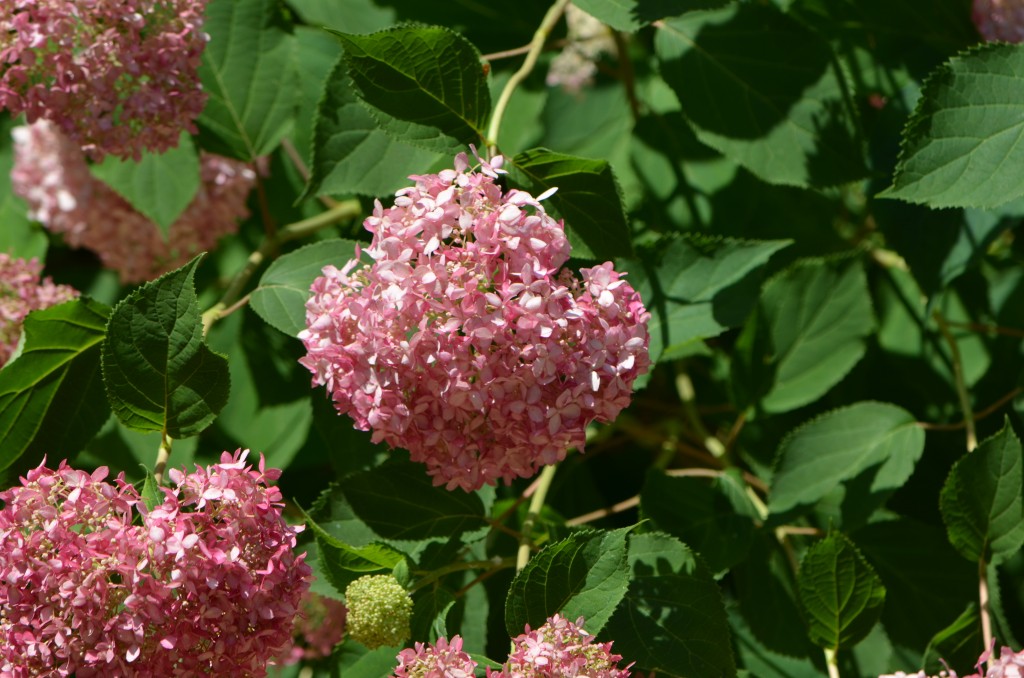 Deciduous Vine: Petiolaris
– Native to Japan
– Climbs walls and trees using aerial rootlets similar to English Ivy and difficult to distinguish from it when it is in leaf
– There is an attractive impostor, False Hydrangea Vine, Schizophragma hydrangeoides 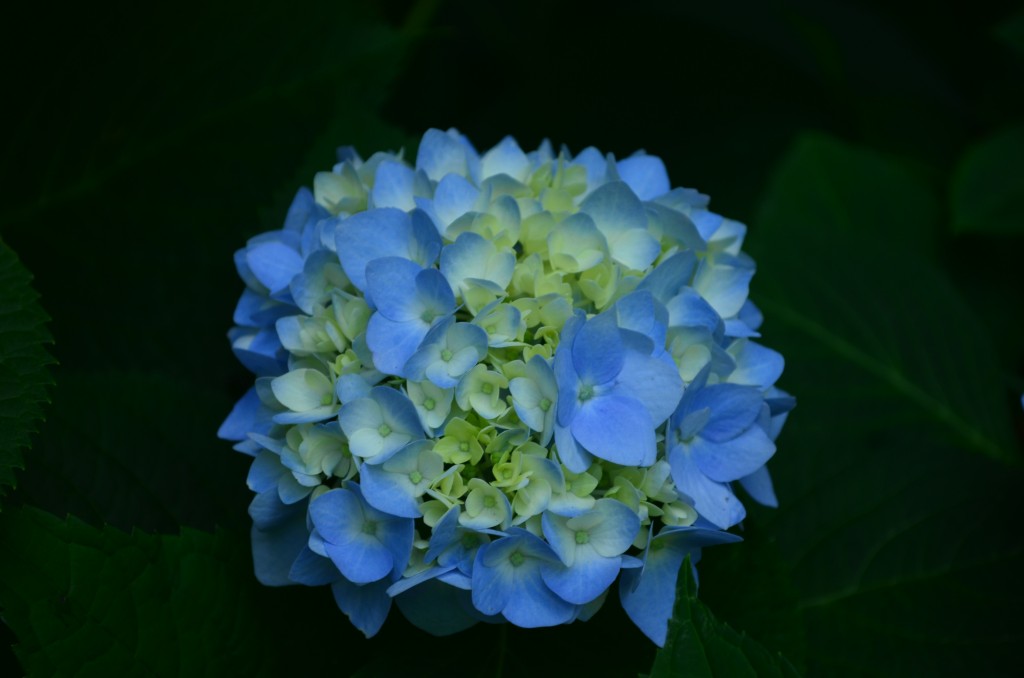 Hydrangea ‘Endless Summer’ — this relatively new type of hydrangea blooms on both new and old wood, so you don’t have to be as careful when pruning.

How to keep them all straight?
– Blooms on new or old wood
– Sensitivity to soil pH
– American native or Asian
– Tolerance for sun and heat

“Interesting back story on ‘Annabelle‘; it is native to U.S. south central states, including southern Appalachians and into southern Illinois,” says Rich Waiton. “Years ago, an astute observer noticed a specimen in the wild that was much more showy than the average for the species growing near the town of Anna, Illinois. He named it “Annabelle” and the rest as they say… is history.” In fact, the second Saturday each June is called “Annabelle Day” — that’s tomorrow!  In Anna, Ill. on Annabelle Day citizens celebrate the Hydrangea arborescens “Annabelle”, where over 200 specimens have been planted by the local garden club. 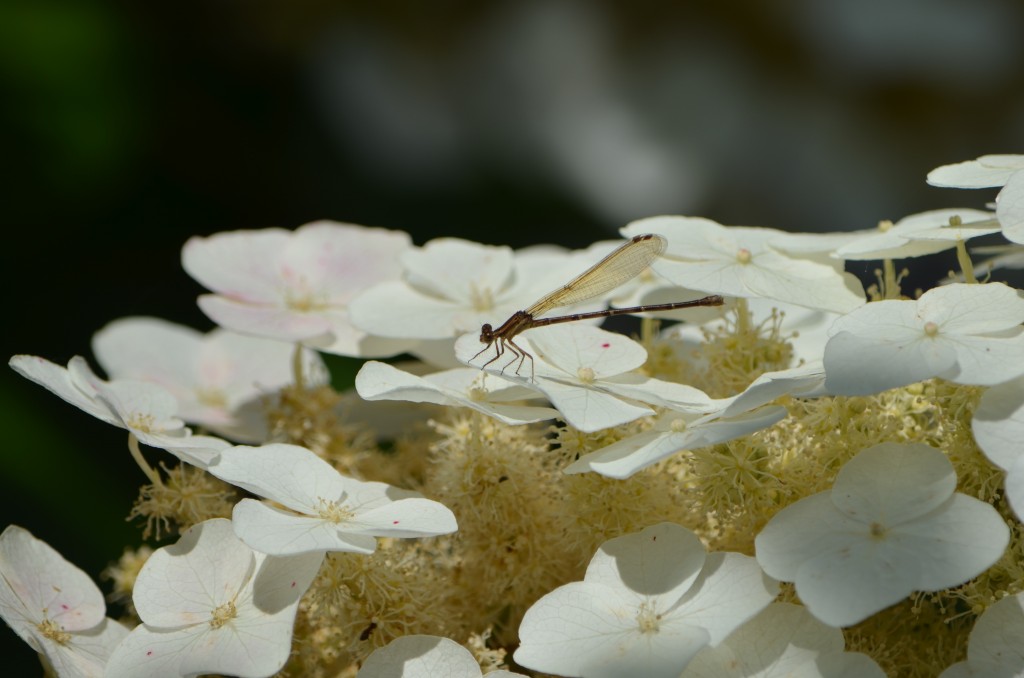 Master Gardener Rich Waiton has served as a  Garden Guide and volunteer  for more than 10 years.

Garden Guide and hydrangea enthusiast Rich Waiton leads tours of the Garden’s collections of these favorite summer shrubs. Tours are timed throughout peak successive bloom time, so take more than one! June 11, June 16, July 16, and July 21, 2016.