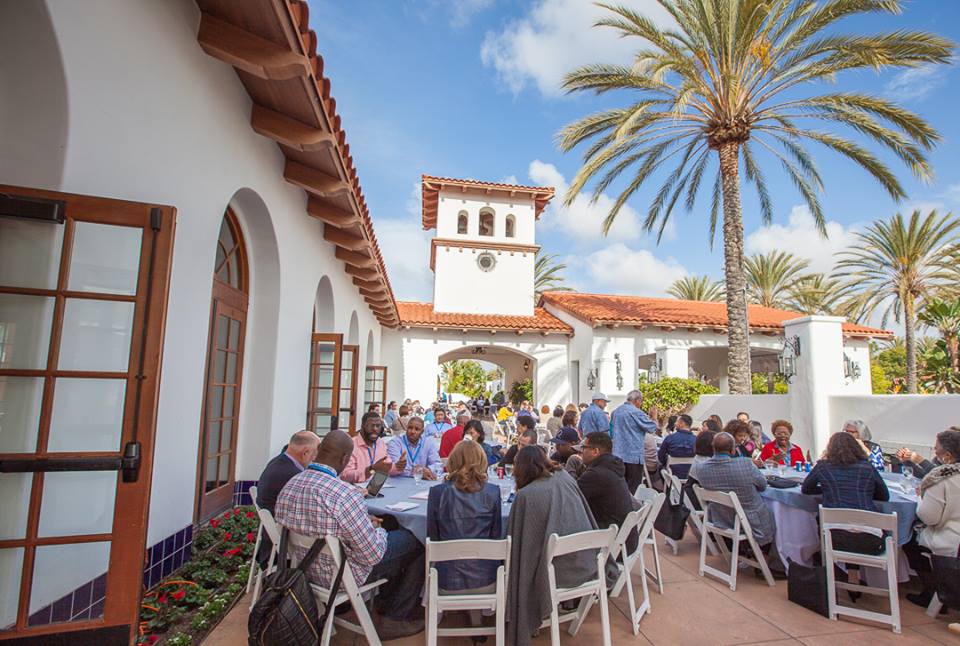 As Lewis Ginter Botanical Garden’s community engagement coordinator, I was honored to attend the W.K. Kellogg Foundation‘s Truth, Racial Healing & Transformation (TRHT) Summit in Carlsbad, Calif. earlier this month on behalf of Initiatives of Change/Hope in the Cities. As a participant, I learned how uniquely positioned Lewis Ginter Botanical Garden is to this conversation of racial healing within our region.

The W.K. Kellogg Foundation, an independent, private foundation established by breakfast cereal pioneer Will Keith, building on over a decade of work in the area of promoting racial equity, serves as a trumpet for the Kellogg Foundation’s commitment to creating critical tools that can foster genuine conversations about race, racism, ethnicity and xenophobia in communities, so they can begin to heal. Pivotal to this work, according to the Kellogg Foundation, is the idea that we “jettison the antiquated belief in the hierarchy of human value that limits the even distribution of opportunities throughout the nation.”

The summit was attended by over 500 individuals from across the country, all working in one way to address the inequities created by the myth of a racial hierarchy. From First Nations, to Asian Americans and Pacific Islanders, to African Americans, Latino Americans and Arab Americans – the omen of our current events loomed overhead, creating a sense of urgency for deeper dedication and multi-sector support of endeavors to reconcile and heal our communities. It was truly a site to behold. So much spirit. So much inspiration. 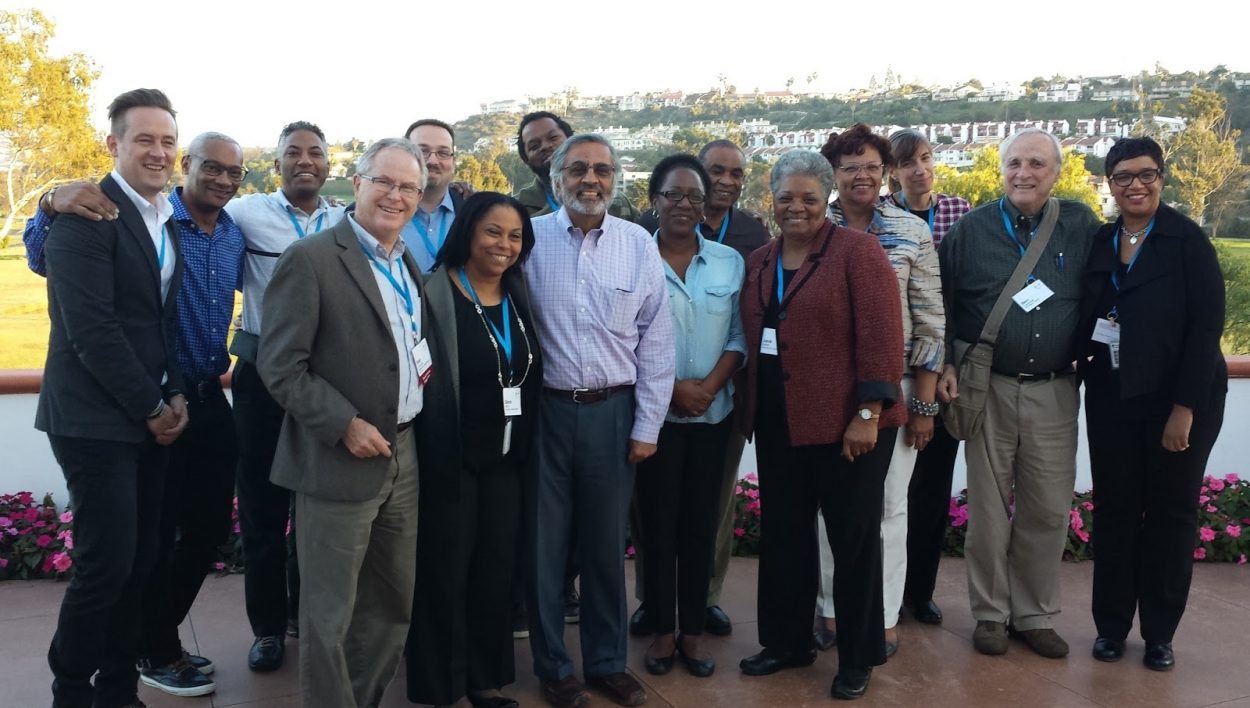 As the Garden deepens its commitment to the Richmond Region by connecting people through plants to improve communities while expanding beyond our walls, it becomes ever clear how prominent racial healing and racial equity is as part of our social ecosystem of individuals, institutions and government agencies. The work of Beautiful RVA, with its commitment to collaboration for collective impact, and the Ginter Urban Gardener program, dedicated to promoting urban greening and beautification through the education of community-engaged urban gardeners, are two prime examples of our evolving presence as a force for a more equitable and just community.

The Richmond Region is complex. The historical narrative of the city is marred by the injustice of enslavement and discrimination of people of African ancestry, and genocide and colonization of the indigenous peoples of the region. This reality sits in sharp contrast to its pivotal role in the fight for the country’s liberty during the American Revolution. The city’s history as the former capital of the Confederate States of America is ironic — the city burned during the end of Civil War marking the end to institution of chattel slavery, but racial discrimination and inequity continue to plague the city more than a hundred years later. Because of many factors over the years including massive resistance to racial desegregation, racially discriminatory highway construction and plans for urban renewal and federally-sanctioned discrimination in employment and housing, concentrated poverty in the southern and eastern regions of the city remains at a stifling 27 percent. 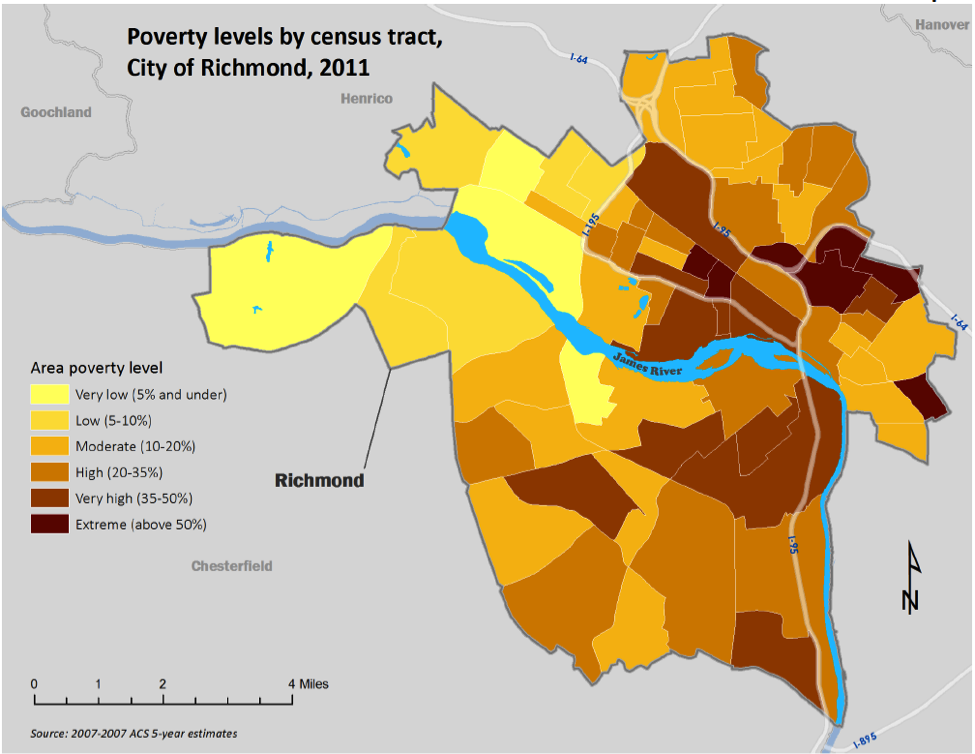 Racial healing and the road to equity is long and must be deliberate. I find no more relevant a parallel than that of our work as gardeners and in growing food. In Richmond, many urban areas are tainted by toxic choices that have left pollutants and poisons in our soils.  What was once fertile ground may now be contaminated by lead, arsenic or other heavy metals that are harmful to human beings.  There are no shortcuts to sustainable solutions to this type of problem. The process of remediation takes resources: time, money, sweat equity and thought power, if we want future generations to be able to enjoy the beauty of gardening in their backyards without the worry of what might be in the soil. Some say that planting the soil may help reduce the exposure to toxins like lead, or possibly help clean the soil from lead and other toxic chemicals. Despite what they say, we know that even in trace amounts, lead is a neurotoxin that causes irreversible brain developmental delays in infants. If we can imagine racism as a toxic choice that has tainted our human ecosystem, we must imagine that the creation of sustainable solutions will also take time and there is no shortcut. 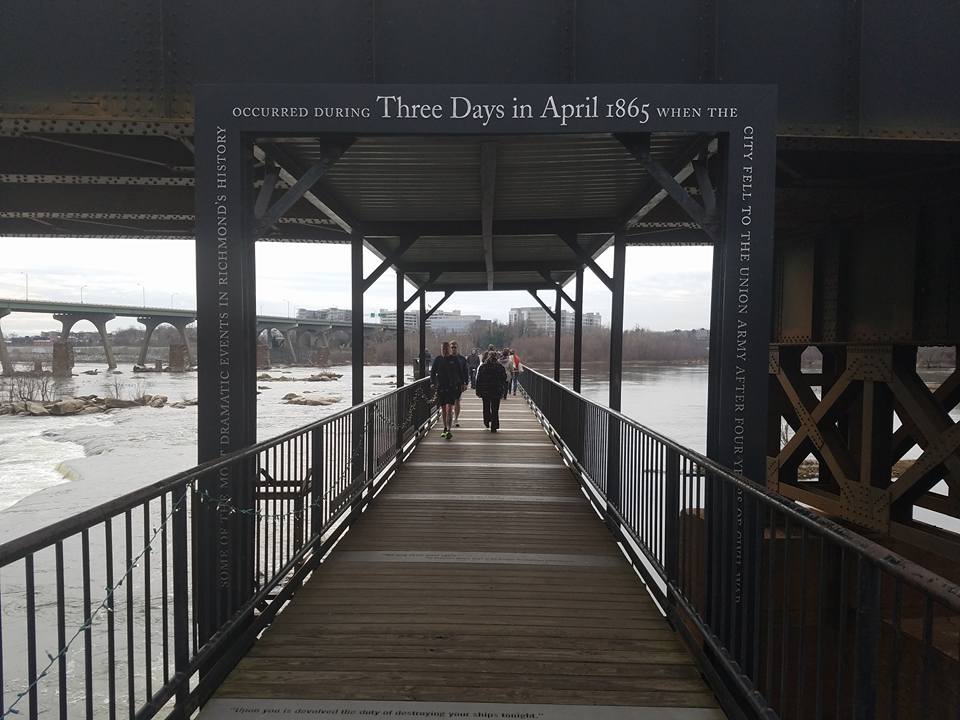 The newly opened T. Tyler Potterfield Bridge in Richmond, VA . is a pedestrian and bike bridge connecting Southside Richmond to downtown via Browns Island and was once the site of the bridge that the Confederate Army burned down after losing the Civil War.

The founding fathers of this country saw fit to institutionalize a system of racial hierarchy to the exclusion of communities of color for over 300 years. In the light of the W.K. Kellogg Foundation’s work to heal the divides within our communities, certainly Lewis Ginter Botanical Garden will play an integral part in the reconciliation and transformation that is occurring across our region. As a Richmond legacy institution, the Garden is in a unique position to take a courageous role in the evolution of the Richmond Region by forging new collaborations with diverse organizations across sectors in an intentional and deliberate way, to cultivate equity and healing in our communities. One need not look any further than to the efforts of Grace Arents — our beloved founder and benefactor, philanthropist and social reformer — to see that there exists a legacy of social reform embedded within the very DNA of the Garden. We must be deliberate and intentional in our work to create a just and equitable society that will benefit everyone, now and for generations to come. And with that inspiration we will.

Duron Chavis serves as community engagement coordinator for Lewis Ginter Botanical Garden. He is also a collaborator in Beautiful RVA. You might see him out and about promoting urban greening and beautification or talking about food access issues.