There Was a Crooked Stick… 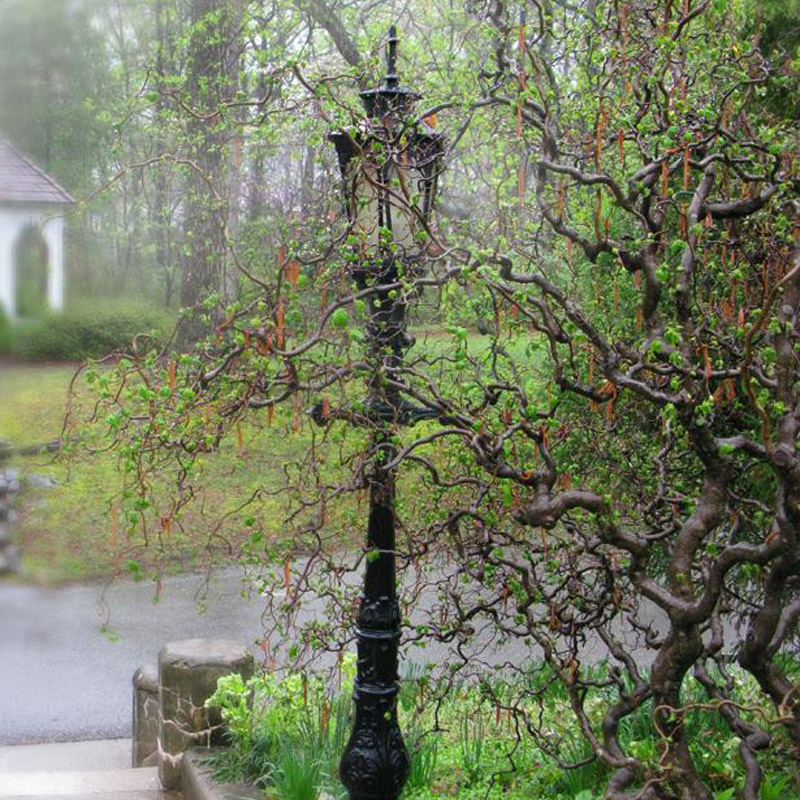 Did you ever wonder how Corylus avellana ‘Contorta,’ got its common name — “Harry Lauder’s Walking Stick?” Sir Henry “Harry” Lauder, a Scottish vaudeville theater singer and comedian, was a rockstar in

his day, one of the highest paid performer in the world at the time. He was knighted in 1919 for raising funds to support WWI efforts. Lauder’s trademark outfit consisted of somewhat of a spoof of the traditional Scottish garb — a tam o’ shanter, kilt, sporran, pipe and fantastically crooked walking stick. Funny that this generation may only know him by the name given a botanical specimen, which is a sought after twig for flower arranging and garden favorite — the contorted filbert. The fun specimen in the photo above can be seen in Grace Arents Garden, to the right of Bloemendaal House, near the side porch. 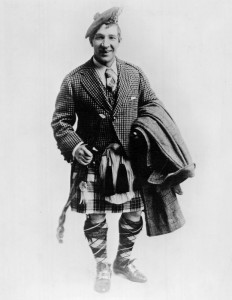