Origami in the Garden

Origami in the Garden is now closed.

Origami in the Garden is presented by Altria Group. 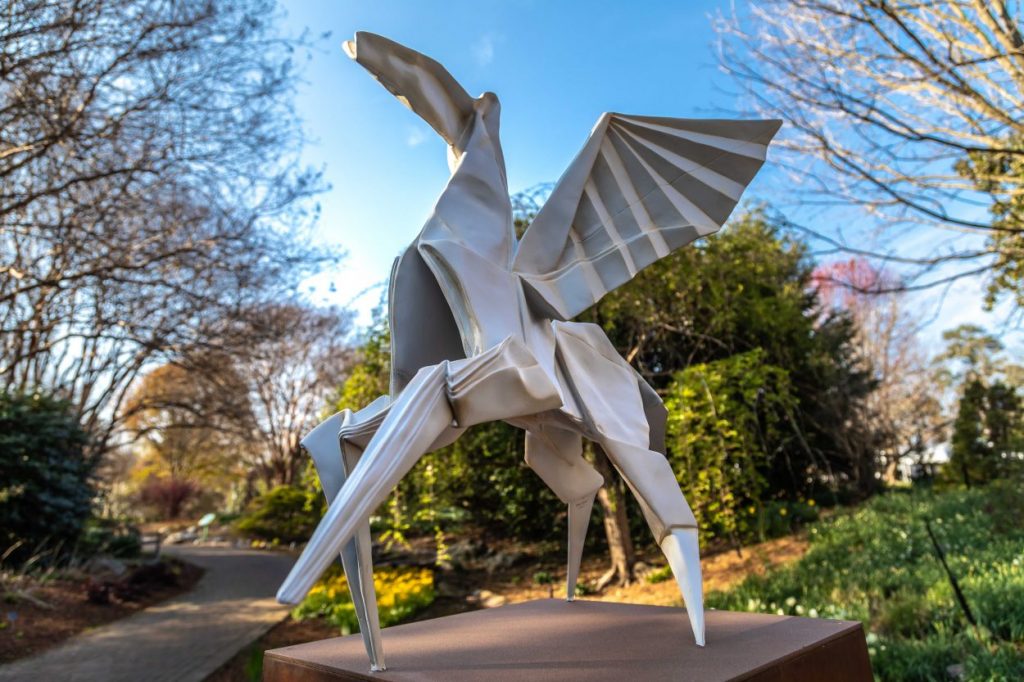 A premier art exhibit of origami bronze, steel and aluminum sculptures is making its mid-Atlantic debut at Lewis Ginter Botanical Garden this spring and summer. Origami in the Garden is an exhibition of larger-than-life outdoor sculpture inspired by the art of paper folding. Santa Fe artist Kevin Box collaborates with his wife, Jennifer Box and origami masters Robert J. Lang, Te Jui Fu, Michael G. LaFosse and Richard L. Alexander to celebrate the art of origami in museum quality sculpture and educational programming. 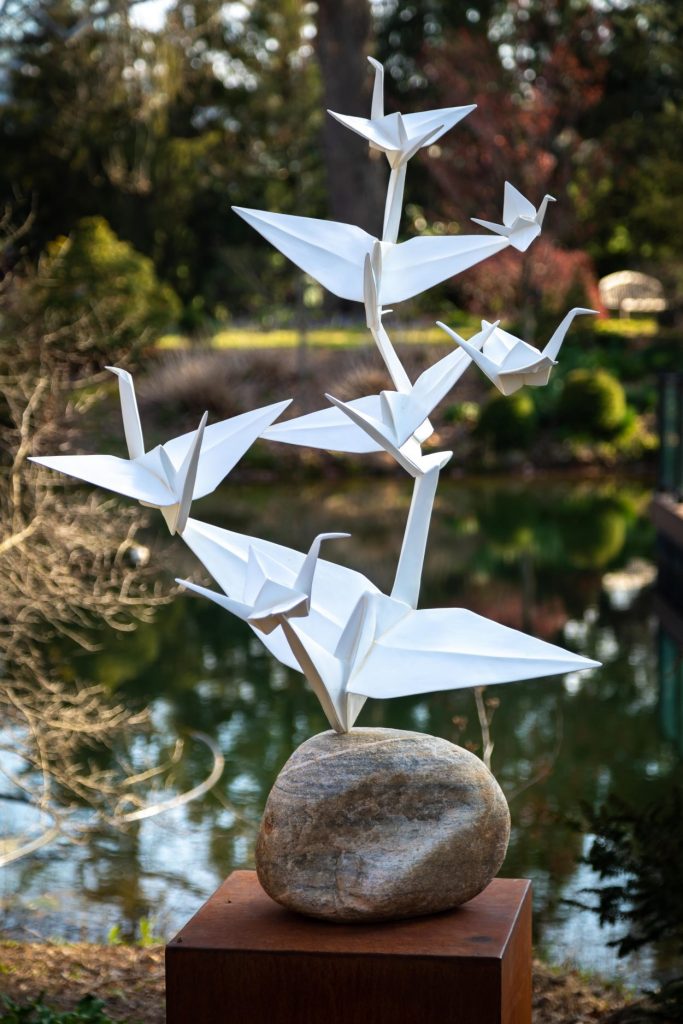 Tickets are available at the Garden 9 a.m to 5 p.m daily and can be bought at the door. You can also purchase tickets online (with a small convenience fee). 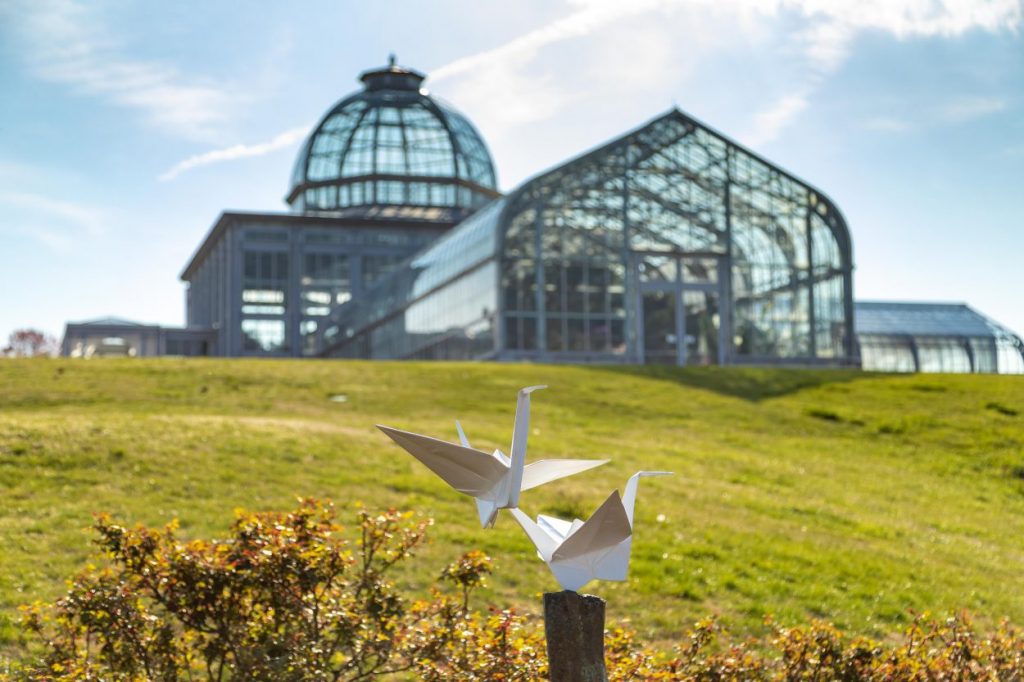 This is the first colorful collaboration between Box and an origami artist, Te Jui Fu. They used a technique called Katagami, which means to cut. The Chinese symbol on the back side of the large pony is a collaborative signature. Te Jui’s last name Fu, translates as teacher or tutor and the box that surrounds it symbolizes Box’s last name.

This was Box’s first collaboration with a world renowned origami master. The bison is folded from a single, uncut square of paper. For this design they employed a technique called Duogami, which means they used two-sided paper, one side was white and the other side was silver. The white bison is a symbol of peace to many Native Americans.

Rock Paper Scissors is a game of chance, a way of making decisions or resolving conflicts for not so serious things. This childhood game is great fun when deciding who gets to sit in the front seat or who gets the last piece of cake but serious matters take careful consideration and conversation.

When Kevin Box and Robert J. Lang get together, their creatively is complex, time-consuming and inspiring. They begin with concepts and ideas they have been working on independently and seek out possible overlaps in their visions. “Flying Peace” was one of those overlaps and happens to be the most complicated origami crane ever, folded form on uncut paper square. This collaboration exemplifies Lang’s world-renowned folding ability and Box’s technical skill in casting.

On select Thursdays the Garden is open late and you can bring your dog.