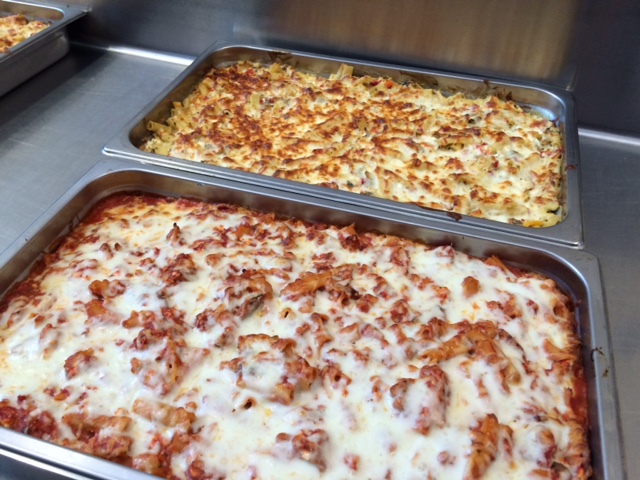 Cheesy Squash and Eggplant Zucchini Casserole fresh from the oven.

If 1,200 pounds of fresh-picked summer squash appeared on your doorstep one summer day, what would you cook? Amory James knows. He is the Food Production Manager at FeedMore’s Community Kitchen, where we’ve delivered 5,297 pounds of fresh produce harvested from the Community Kitchen Garden so far this summer. James and his staff use the vegetables to prepare between 3,200 and 3,500 meals a day for Central Virginia’s hungry children and homebound seniors.

“Our partnership with the Garden enables us to incorporate local, in-season foods with a healthy palette and fresh appeal into the meals we serve,” says James. Staff from the Garden and FeedMore work together to plan what will be planted in order to accommodate the nutritional needs of Richmond residents by growing and serving what they like to eat.

Planning is fairly scientific at FeedMore. Meals are structured around seasonally available produce, and thanks to a computerized ordering system, recipes can be adjusted to help minimize waste. If there are leftovers, they are frozen and served on the weekends, when kitchen staff takes a well-deserved break but the need for food doesn’t stop.  And like you, James and his staff taste the food as they cook, adjusting seasoning and helping make sure that quality standards are met. They follow nutritional guidelines set by the U.S. Department of Agriculture and other governing bodies such as Senior Connections (who partially fund the meals for the senior citizens.)

James’ clients are perhaps not unlike the people you cook for: comfortable sharing their opinions about the food they are served. You could probably guess their three favorite meals: mac ‘n cheese, spaghetti with meat sauce and roast turkey with dressing. Greens are especially popular (kale, collards, cabbage, turnip greens.) But his audience doesn’t appreciate food trends as much he might hope. That is, except bacon. They love anything with bacon in it. Special requests? “Anything smothered,” James says. This is the South after all.

His favorite FeedMore story is about a homebound senior citizen, a Meals on Wheels client, who called him to ask when the organization had started growing their own vegetables. “She could taste the difference,” he said. “The roasted squash medley that we made from vegetables grown in the Community Kitchen Garden tasted like what she remembered from the backyard garden of her childhood. That’s what I love about this partnership.”
The Community Kitchen Garden was inspired by a conversation between the Garden’s former executive director, Frank Robinson, and FeedMore’s former president and chief executive, Fay Lohr.  Support for the project came from many community partners and was funded with a grant from The Community Foundation and is maintained by a dedicated, hardworking group of volunteers. 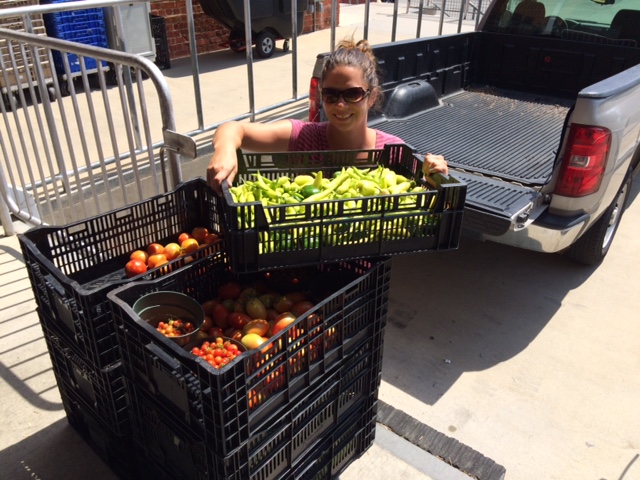 Laura Schumm, Community Kitchen Garden Horticulturist, unloads the harvest in one of her twice weekly deliveries. 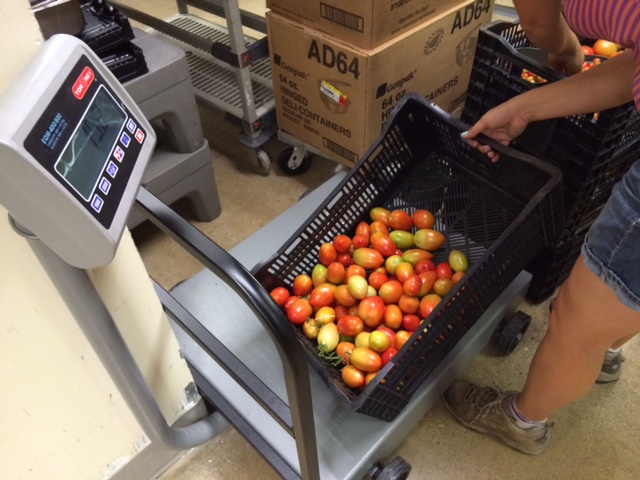 First stop: the scale, where vegetables are weighed to help with meal planning. 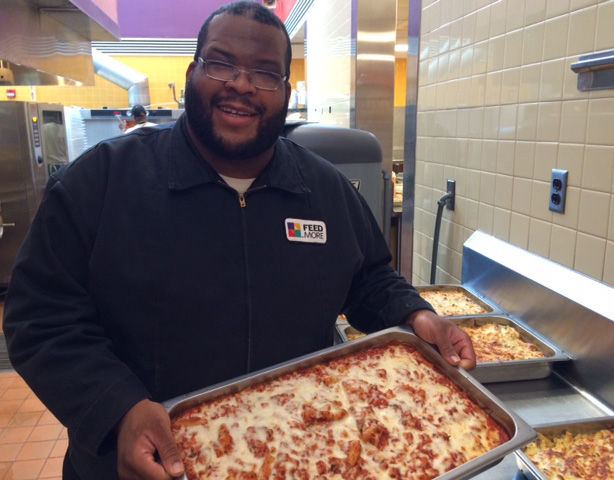 Amory James, Food Production Manager, with a tray of vegetables grown in the Community Kitchen Garden. 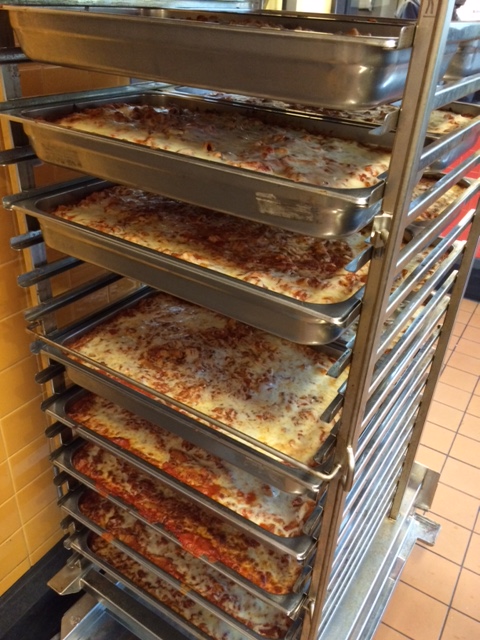 Almost 900 servings of Eggplant Zucchini casserole cool on racks in the Community Kitchen. 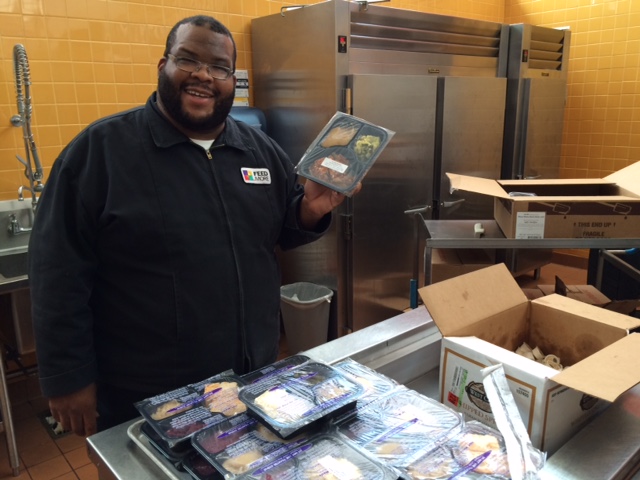 Amory James with eggplant from the Community Kitchen Garden, packed and ready for delivery.

Just in case you are cooking for a crowd this summer, James shared a few of his most popular recipes using fresh produce from the Garden. We also converted two more of his recipes for you so that they feed nine, not 800!

Oil a large, flat casserole dish and add mixture. Arrange a layer of cheese on top. Bake at 350 degrees for 20 minutes until cheese is melted and golden brown.

And for serving a crowd……Meals on Wheels Roasted Squash

Toss squash with oil and seasoning. Spread in a single layer on greased baking sheets. Roast at 400 degrees for 15 minutes or until crisp-tender and browned around the edges. Cool slightly and toss with cheese.