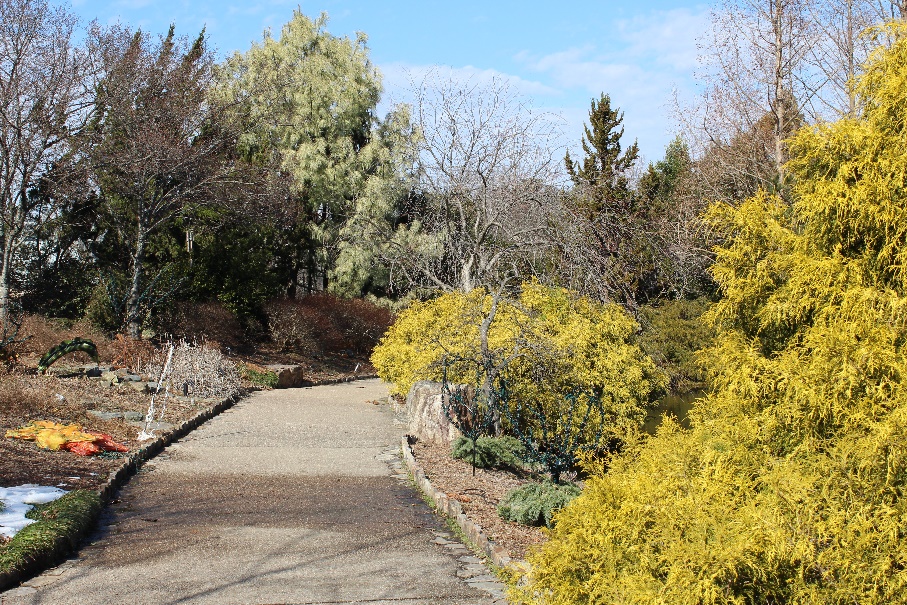 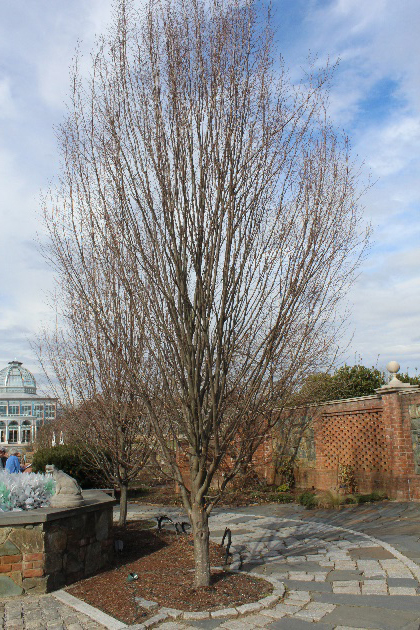 As a volunteer Garden Guide, I give tours of Lewis Ginter Botanical Garden to groups who are visiting, but if you visit on your own, there is another sort of tour you can take. Every few weeks, we put together a Bright Spots listing, which is a collection of some of the Garden’s highlights. Sometimes, when there are so many fascinating things in the Garden that we can’t fit them all into our Bright Spots.  That’s where this blog post comes in! There are so many interesting tree details at the Garden in winter that you’d never notice in summer. This post is about all those extra goodies like winter textures, tree colors and tree forms. 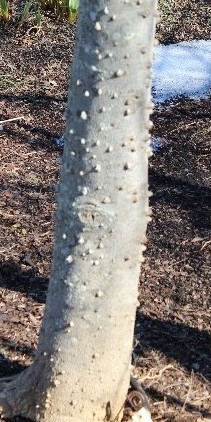 As you enter the Central Garden walk straight to the Four Seasons Garden you can see the contrast between the growth habit of the hornbeams (Carpinus betulus ‘Frans Fontaine’) around the fountain and the fringe tree in the corner. The first has an upright, or fastigiate habit. The second has a spreading habit.

Move beyond the Four Seasons Garden to the corner of the Healing Garden and there’s another great contrast. The cherry trees over the arbor have a smooth bark with prominent horizontal lenticels.  This is another vocabulary word new to me. It refers to marks in the bark resembling tiny cuts that are darker or lighter than the rest of the bark.  These are small openings that are used for gas exchange. You’ve probably noticed them – now you know the word for them. 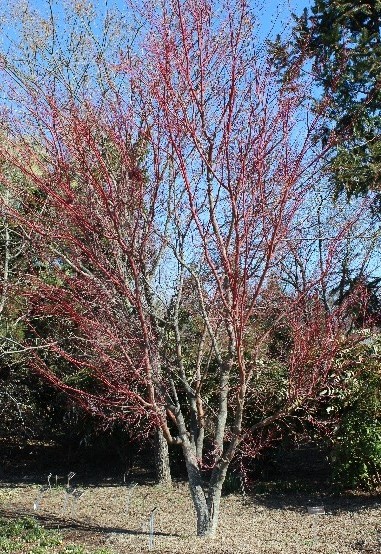 Next to it is the Hercules’ club tree — Zanthoxylum clava-herculis.  Notice the spines on the trunk and the thorns on the branches. I keep thinking it looks like a medieval weapon. It has a variety of other nicknames including devil’s walking stick and toothache tree. You may think it is called a toothache tree because it looks like it could give you one if you collided with it, but it’s actually called that because chewing its leaves can numb your gums. 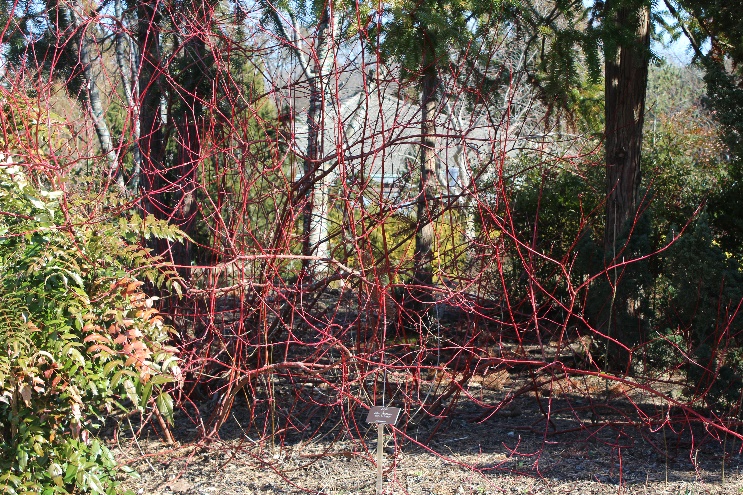 The shaggy bark of the Cryptomeria ‘Jindai Sugi’

As you enter Asian Valley and walk parallel to the pond, here is another study in contrast – this time in shades of green: the yellow-green of the Sawara cypress (Chamaecyparis pisifera ‘Filifera Aurea’), the very dark green of the junipers, and the green and white striping of the variegated Himalayan pine (Pinus wallichiana ‘Zebrina’). 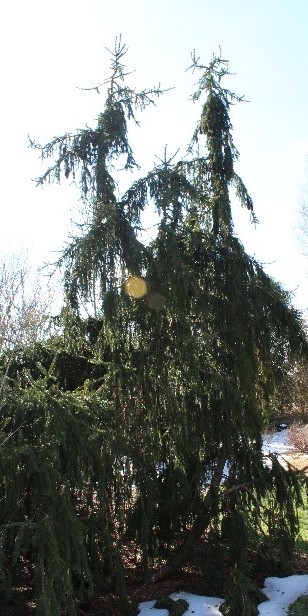 We have Cryptomeria of various descriptions, most of them in the conifer area. The bark of this one looks typically shaggy, but the needles are so different. You will find this one, ‘Jindai Sugi,’ on the right side, just past the pond.

Left: Walk down the path past the intersection with the gravel path and past the upright lantern. This is the weeping Norway spruce (Picea abies ‘Pendula’) I told you looks like it wants to step out and walk with you.

Right: You might not get down to Flagler Garden, but I like this one even better. It reminds me of the Ents in “The Hobbit“. To see it from this angle (which is the best) you have to leave the path at the back of the pavilion and step into the grassy area.

There are two more trees with a contrasting growth habit you’ll want to see in Flagler Garden before heading on. This view is from the stage of the Pavilion. The umbrella shaped one in the foreground is the weeping  winter flowering cherry tree (Prunus subhirtella var. pendula ). The tall tree at the back is a willow oak (Quercus phellos.) 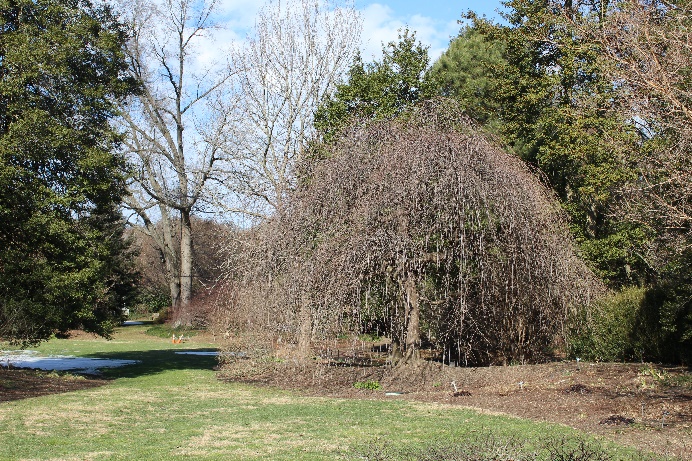 So, go for a walk in winter  —  I’m sure you will find more buds, barks, growth habits and architecture that you would never notice when the flowers and leaves abound. We’d love to hear what you find on your winter walks here or in your own back yard.

Sue is a Garden Guide, and has volunteered at Lewis Ginter Botanical Garden since 2006. As a former first grade teacher, she enjoys educating visitors about the importance of plants and their fascinating traits. Sue and her husband, Roger, have lived in a number of states, dabbling in gardening in each. When not at the Garden, Sue enjoys quilting and making digital photo books, but her greatest joy is visiting her out-of-state children and grandchildren.