The yaupon holly shrub looks commonplace. It is not flashy or fancy. It doesn’t even have the prickly leaves we normally associate with hollies. If you walk by it without noticing it, like many of our visitors do, you would be in good company. It is often used as shrubs in residential areas and it’s beautiful in holiday decor with its bright red, berry-like drupes. The evergreen has been popular in landscaping because it comes in multiple forms and because of its tendency to stay low to the ground.  However, these are not the only benefits yaupon holly has to offer. 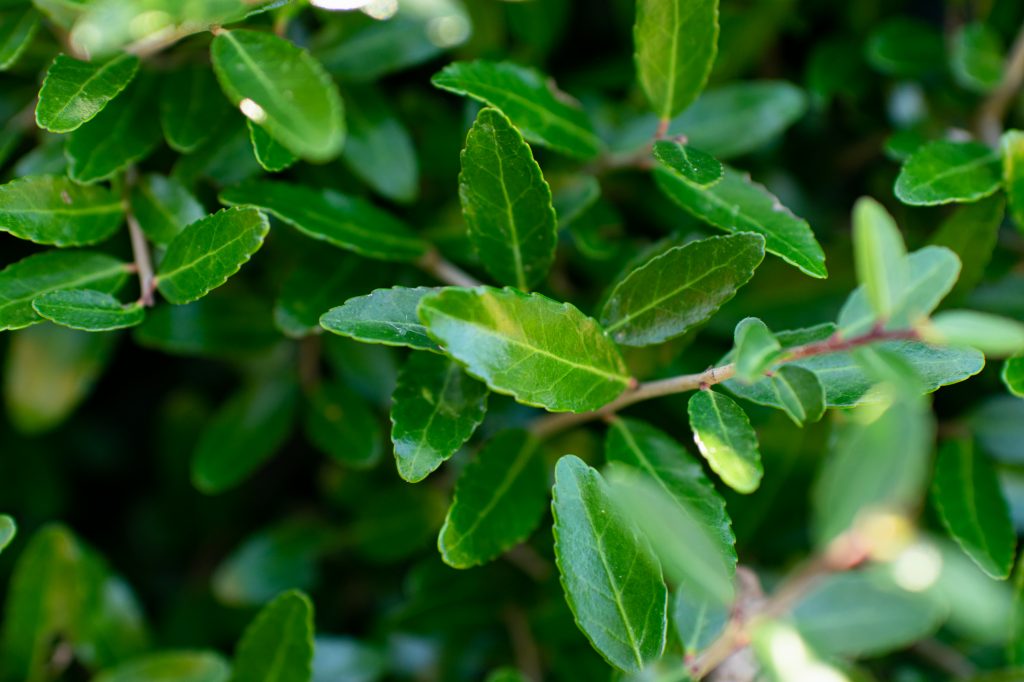 Although it is not widely known, yaupon (Ilex vomitoria) has been used for centuries to brew tea similar to black tea. With a species name that includes the word vomitoria, we could understand if you are hesitant to try this tea! Early colonists observed Native Americans drinking the tea then vomiting as part of a purification ritual and therefore added vomitoria to the name. But yaupon is not emetic, and the name is not actually deserved.  More likely, it arose from confusion. Either the indigenous people were actually drinking something else for the ritual, or there was something else in the tea concoction that caused this dramatic effect and confused the colonists. 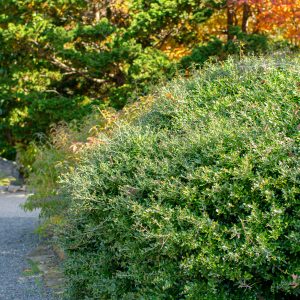 Yaupon holly ‘Schillings’ at the Garden along the right side of the Main Garden Path. Image by Nicole Plummer

Yaupon, similar to the more-widely-known, and related yerba mate (Ilex paraguariensis), has roughly more caffeine than black tea but less than coffee.  Few Americans realize that they could be drinking a beverage containing caffeine that is grown locally, or even in their backyards!  Stephen Talcott, a professor of food chemistry at Texas A&M University, says that Yaupon is rich in the antioxidants known as polyphenols and he loves to watch people’s reactions when he says that this common outdoor tree can be turned into a “tasty, and buzz delivering, brew.”

Because it is native, yaupon is easy to grow. Its native range is the southeast United States, specifically from Virginia to Florida, and west to Texas. In fact, it’s well known for being widely consumed in the Outer Banks of North Carolina because it grows so prolifically there.  In North Carolina, Yaupon Beach (Brunswick County), Yaupon Creek (Pamlico County), Yaupon Hammock Gut (Carteret County) and Yaupon Hill (Dare County) are all named for the plant.

Here at Lewis Ginter Botanical Garden, you can view three cultivars of Yaupon holly: ‘Stoke’s Dwarf,’ ‘Schillings’ and ‘Condeaux.’ You will find them along the Main Garden Walk on both the east and west sides.

The native Yaupon is easy going.  It is plentiful, growing in large quantities in the wild. It is adaptable to a range of conditions, including shade or sun, and clay/sandy soil or acid/alkaline soil.

Yaupon holly’s abundance and resilience are likely one of the reasons Frank Community Farm here in Richmond has begun selling yaupon Frank Communi-Tea through their program employing neurodiverse workers. Workers from Frank Community Farm forage the leaves from yaupon growing off the coast of Virginia Beach in the wild and bring it back to Richmond to clean and roast it. Richmond Magazine recently profiled Frank Community Farm and their employment program for adults with autism mentioning how yaupon was one of their most popular products and how it is starting to make a comeback in the United States.  Of course, the work employing and training neurodiverse adults is near and dear to our hearts and is very similar to the job skills programs that we have also run for autistic youth and adults here at Lewis Ginter.

How to Make Yaupon Tea

Making yaupon tea is easy.  If harvesting from your own plants, first, be sure you are certain you have a yaupon holly. Plants can look similar, and there are plenty of poisonous ones out there! You can’t make tea from just any holly. Cut an entire branch then strip off the new green leaf growth along with the twig. Wash and dry the leaves, then roast the leaves at 350 degrees for about 10-15 minutes or until brown. The longer you roast it the darker and smokier the brew will be. Once cooled and dried, the leaves should be crumbled to resemble loose tea. Again the longer you brew your tea the more caffeine it will have and the darker the brew.  Or, you can make it easy on yourself and buy your local yaupon from Frank Community Farm at South of the James Market or order it online.

Native Americans called their dark, caffeinated brew the “white drink,” because it symbolized happiness, friendship, community, and purity. As you sit and sip your own cup of yaupon tea, remember that they first shared it with colonists in a gesture of hospitality – a warm welcome to the New World.  You may also see references to yaupon tea being called “black drink.” Interestingly, colonists called it this because of the color. 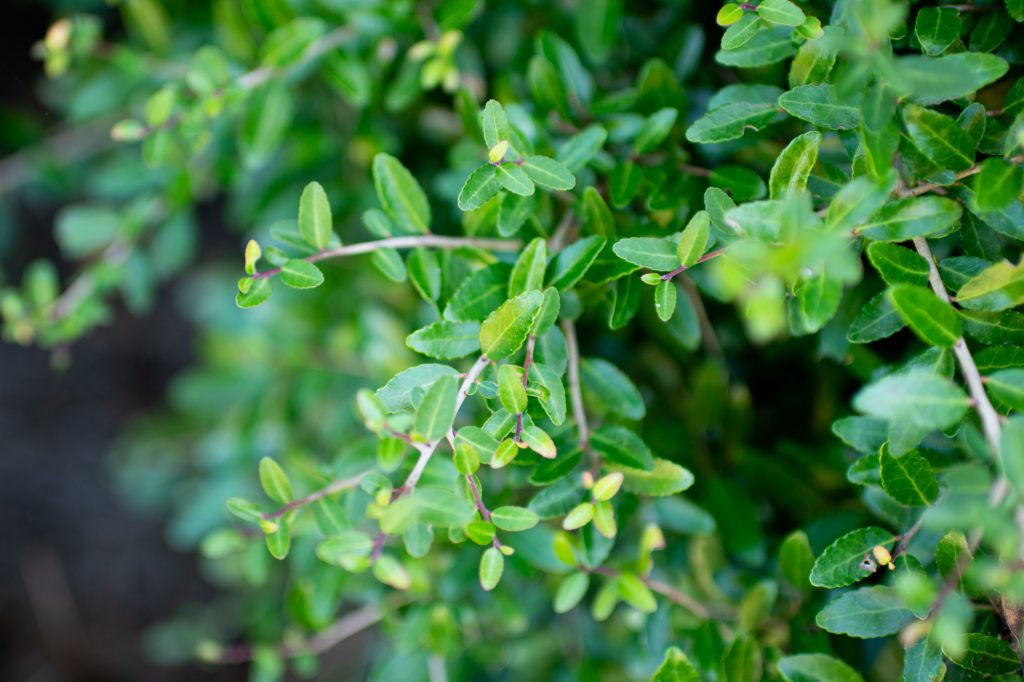 Jessica Baumann is public relations and social media intern at Lewis Ginter Botanical Garden. She is happy to be involved in helping to engage the community with the Garden. Jessica is confident that this internship is a great start to her career.