Beautiful & Useful too — Paperbush is Getting Ready to Bloom 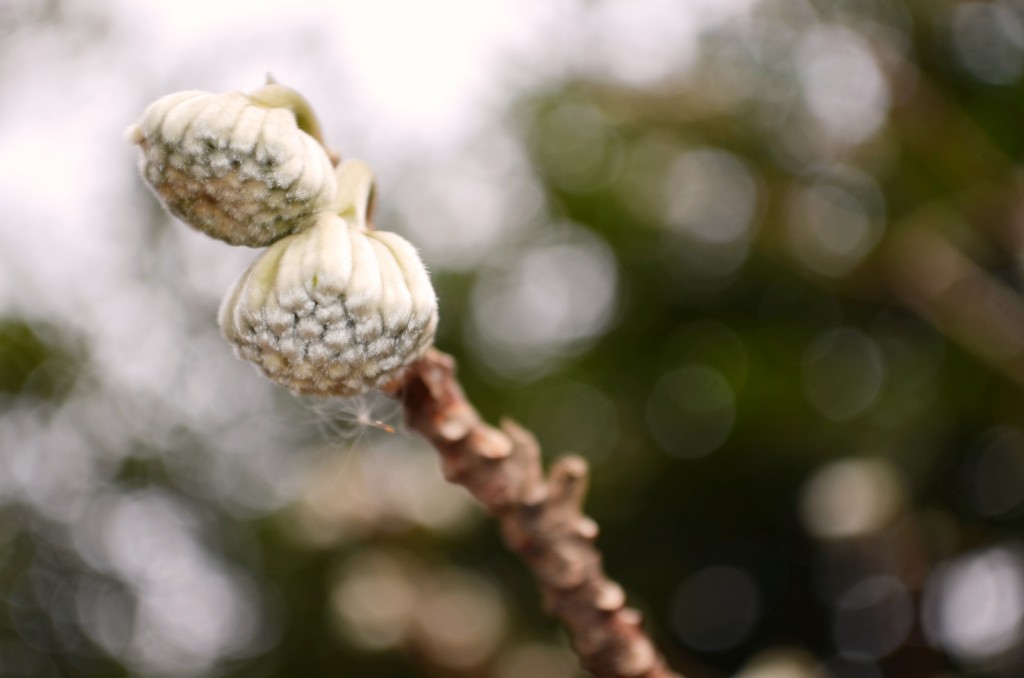 Whilst wandering around the Garden last week I came across this beauty, that is budding despite the chilly temperatures.

Edgeworthia chrysantha  (formerly Edgeworthia tomentosa), commonly known as oriental paperbush, Mitsumata, or simply paperbush comes from southwestern China, Nepal, and Japan. The plant has been incorporated into traditional Japanese papermaking called Washi, where bark fibers are combined with fibers from the gampi tree and the kozo plant to make this thin, but durable paper. Hence, why this plant is commonly referred to as paperbush.

If you look closely at these little white umbrella-shaped buds you can see their yellow centers emerging. In a few weeks, they will be bursting with a vibrant yellow. Not only are these quite lovely to look at but they also smell absolutely wonderful. You’ll find these beauties nestled between the Robins Tea house and the Garden Café in the upper Asian Valley by the small pond, and in the triangular bed to the right, just before you cross the Lotus Bridge. 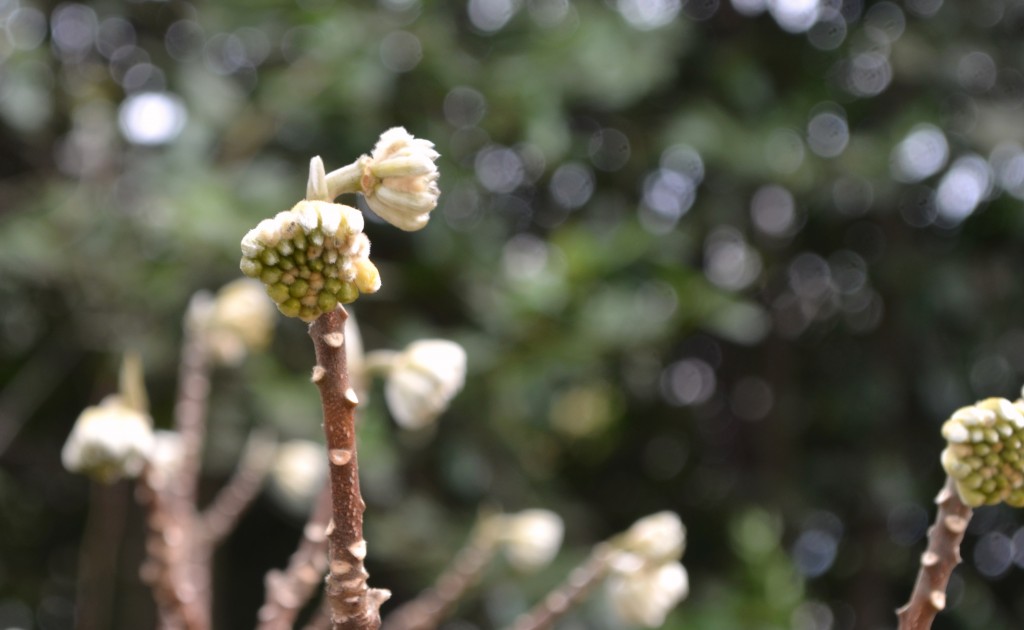