From the Archives: Treasures of Bloemendaal Farm

October is American Archives Month and we are sharing our treasures all month long.

Sometimes you have to search for historic items, and sometimes they just fall into your hands.  One day a visitor came into the Robins Visitor Center and presented us with this map and then disappeared.  He didn’t leave his name or want a gift acknowledgement. 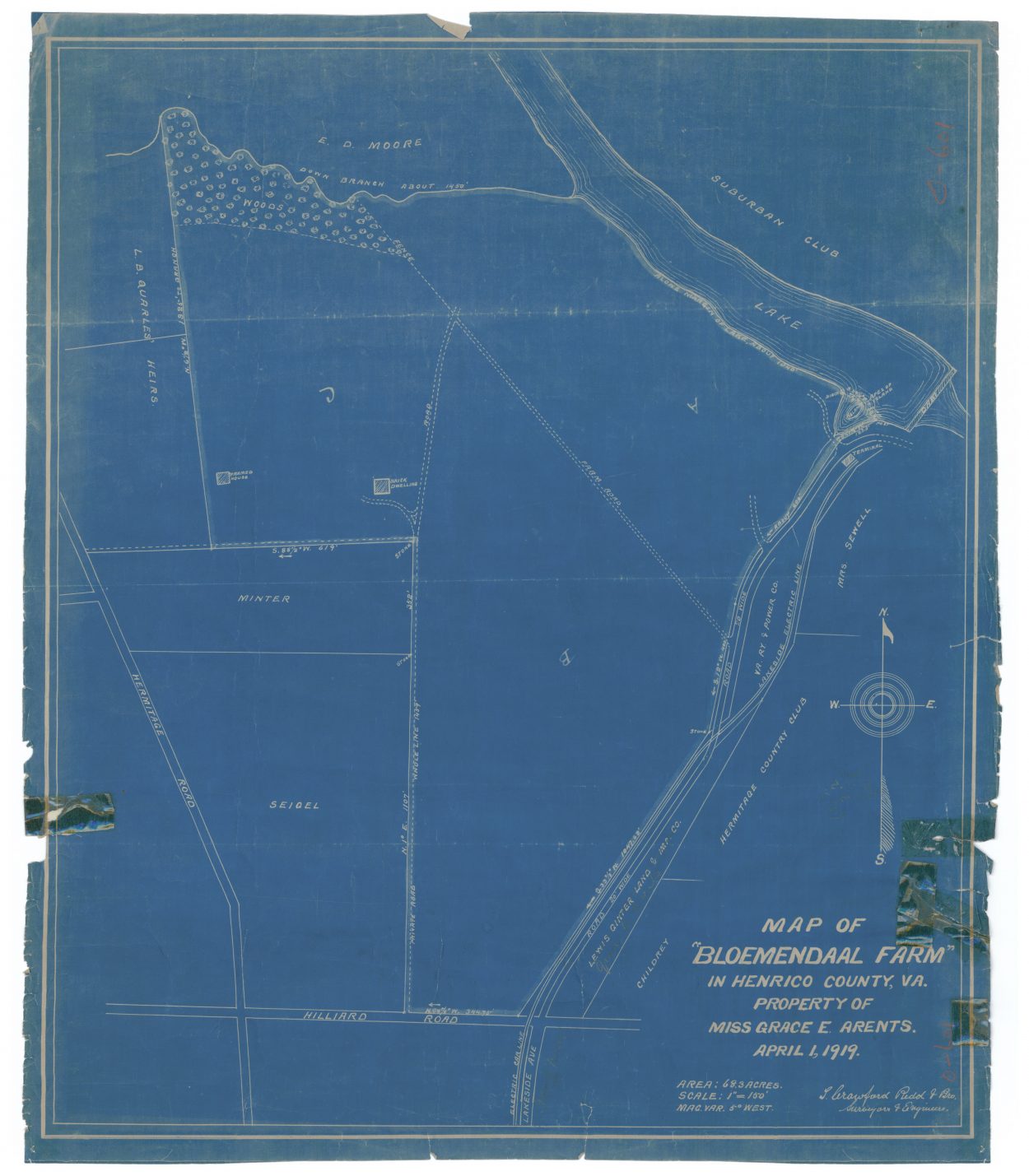 Here’s what the mystery donor gave us:

Grace Arents bought the Lakeside Wheel Club and its nine acre plot around 1913.  She renovated the Wheel Club into her home, then began buying the surrounding plots of land.  By the time of her death in 1926, she owned 80 acres which she left to the City of Richmond, with the provision that it become a botanical garden named for her uncle Lewis Ginter.  She gave her good friend Mary Garland Smith life rights to the property.  Smith lived until 1968, after which the City began the slow process to turn the property into our lovely Garden.  She called her estate Bloemendaal Farm and it continued to be known by that name even after Lewis Ginter Botanical Garden was formed.

Look closely at the map and you can see the Lakeside Electric Railway Line, built by Lewis Ginter to bring visitors from town to his Lakeside Park amusement park.  The park is now the Jefferson-Lakeside Country Club is on the opposite side of the lake.  It’s called Suburban Club on this map.

Grace’s house, Bloemendaal, is not shown but hugs the edge of the lake across from the Suburban Club.  Her property, and the plots she bought, included several cottages, a greenhouse, a barn, and a carriage house.

Grace was an active gardener, with both a model vegetable farm and a flower garden with roses and irises and other cheerful flowers.  Several people lived on the property occupying the other small buildings on the property.

Since it was a working farm, she needed the right equipment.

One item is the Thornhill wagon, pictured here: 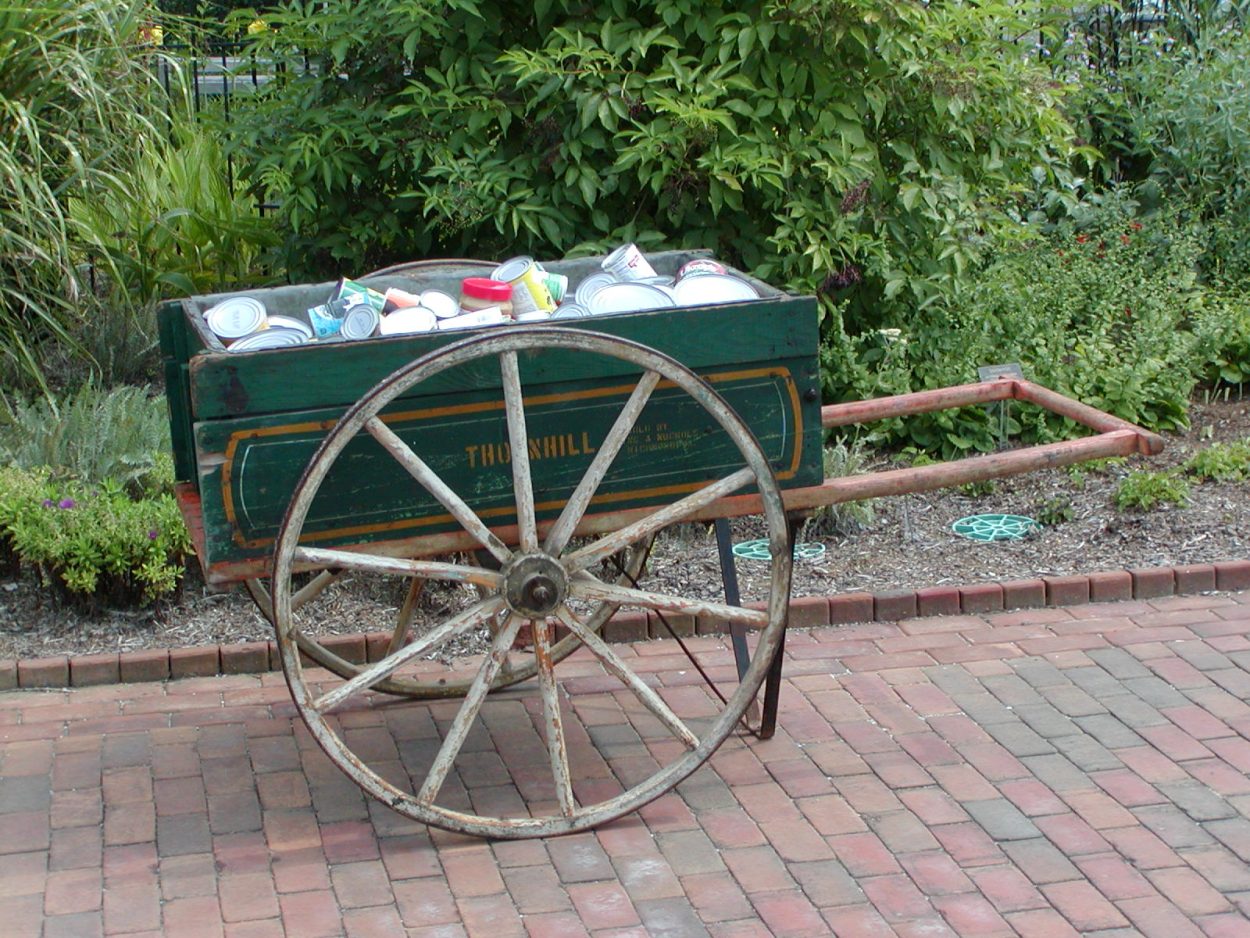 It was likely used for hauling materials around the property, as you would with a wheelbarrow in your yard.

John Bouton, one of the first Garden employees, recorded that this utility cart was found in the barn in 1985, when he began work here as the facility manager.

Thornhill Wagons were manufactured in Lynchburg, VA. and most likely it was used on the property for hauling farm and garden-related items.  It is shown here is use for a Children’s Garden program, most likely, as it is stored in the Garden’s barn. 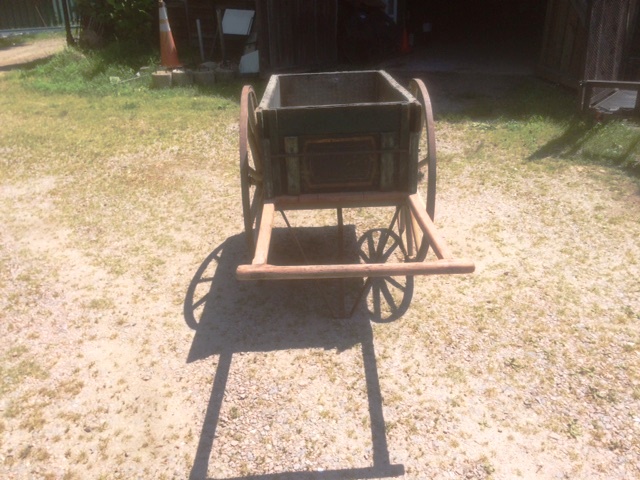 It’s fun to look at the map and the Thornhill cart and think about Grace’s hopes and dreams for the property.  I think Lewis Ginter Botanical Garden as it is today would please her very much.