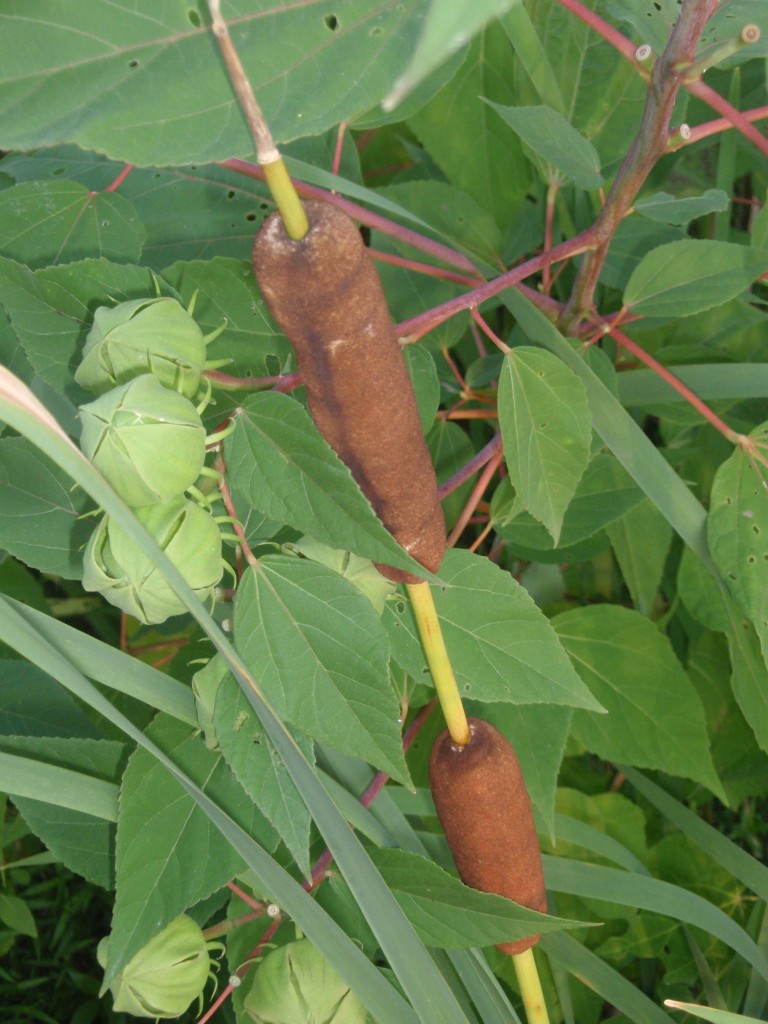 Loved by some, despised by others, such is the fate of cattails. A common sight in our region, cattails stand at attention like soldiers in tight formation guarding perimeters of ponds, rivers and marshes. Whether they’re friend or foe depends on our perspective, as well as the species.
“The standard or traditional cattail (Typha latifolia) can be so invasive that you don’t want it around,” said Bill Bonwell, owner of the Stony Mountain Nursery in Louisa County. Specializing in aquatic plants and grasses, Bonwell prefers the graceful (Typha laxmanni) cattail, primarily because it has fewer tendencies to spread and overtake environs. “For the most part, the graceful as well as the dwarf, miniature and variegated species are attractive and eye-catching, but not so invasive,” he said. 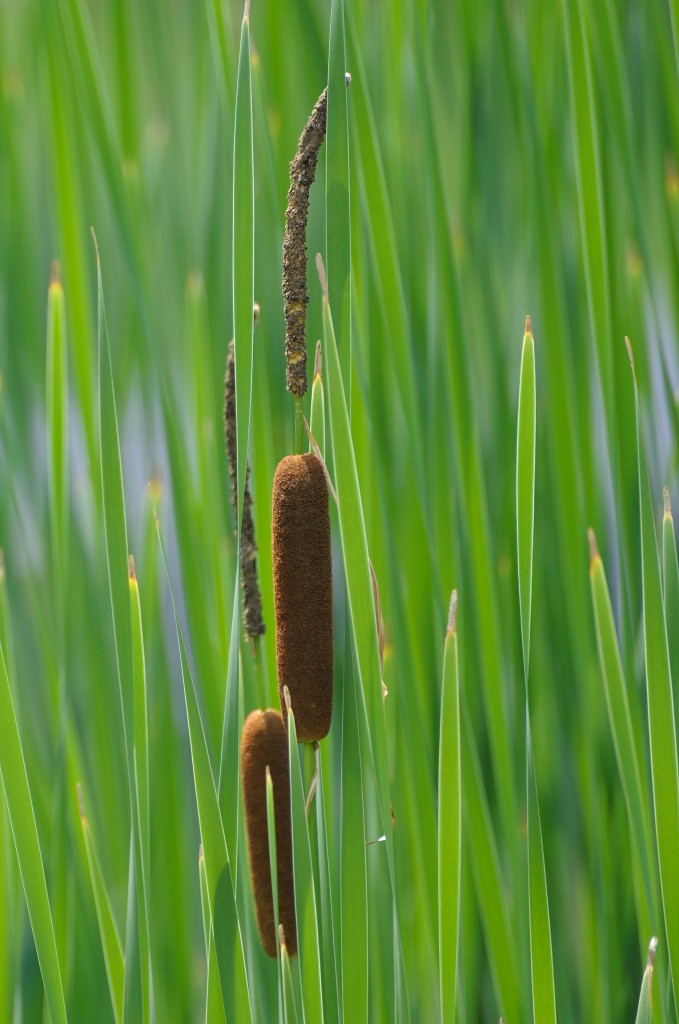 “Any (aquatic) plants that you put in your pond are the same as terrestrial plants: they need care,” Bonwell cautioned. “Cattails get a bad name when owners don’t think they have to do maintenance.” The spread of cattails may be initially welcomed around a farm pond or area needing erosion control. Otherwise, a pro-active response may be required to control cattail overgrowth that can reduce plant bio-diversity, impede water flow and block desirable wetland views. Cattail populations may require pruning one or two times each year, depending on the variety, pond health and available nutrients. The perennial’s dense underground root system of rhizomes can be cut before propagating more plants. In addition, the brown-spike flower head can be removed before it dries into a fluffy spear and bursts open, releasing seed-filled fruits. The time period for removal is around mid-summer, dependent on the variety. Bonwell recommends snipping the spear and placing them in a plastic bag to contain the easily dispersed fruits since cattails can produce 100,000 (or more!) miniscule seeds per plant.
Much of nature seems to appreciate the cattails that remain. They provide food for Canada geese and semi-aquatic rodents; shelter for fish, frogs and snakes; nesting sites for ducks and Canada geese; and nesting material for birds, insects and amphibians. Other animals, such as deer, turkey and raccoons, rely on tall cattail groupings for hiding places from predators.
Native Americans and early settlers valued cattails, too. They utilized various parts for food and the long, sword-shaped leaves for weaving baskets and mats. The fluffy down-like fiber in the mature spikes served as a filling for bedding, papoose carriers and moccasins. Today cattails are enjoyed for their visual interest, either growing naturally in wetlands or adding charm to dried floral arrangements, wreaths and crafts.

Editor’s Note: This article first published in the Richmond Times-Dispatch, in September 2013.