Century Plant: Worth the Wait 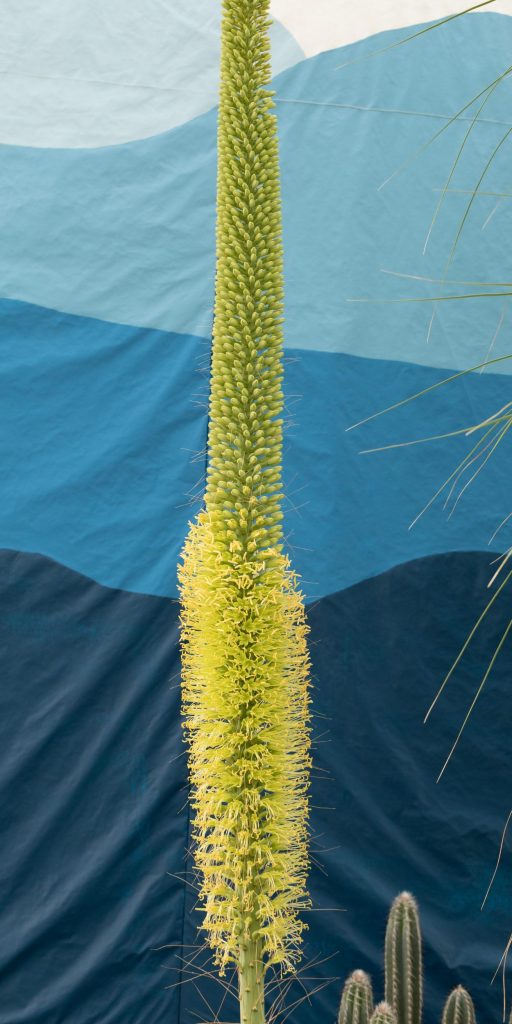 Century plant, Agave titanota, with blooms half way up the spike. Image by Tom Hennessy.

In its native desert, Century Plant endures tough conditions. The result? It can take a long time to flower. Although the common name suggests a bloom once every 100 years, the plant typically blooms between its 10th and 25th year.  And when it blooms, it really makes a statement! See the 110-inch spike on our Agave titanota in the West Wing of the Conservatory?

If you search for the common name “Century Plant” in our Garden Explorer plant database, you will see eight different species of the genus Agave – an example of the confusion that can be sown by the use of common names.

Currently, Agave titanota blooming about half-way up the stalk.  Here’s the timeline: On January 12, the flowers spike reached its maximum height, 110 inches. It started blooming on January 13. Lucky for us, it’s been a slow process. Why lucky? The slower it opens, the longer the blooms will last. It’s taken nearly two weeks for the blooms on the stalk to open 50 percent. If it keeps going at this rate, it will be blooming through the end of January.

The tiny yellow blooms are unprepossessing, but the height of the flower spike seems extraordinary given the relatively small size of the plant. When you visit, compare A. titanota’s rosette to that of Agave americana ‘Blue’ next to the cottage or Agave ellemeetiana in the dome.
The bloom is also interesting because the plants are monocarpic  — they bloom only once and then die. If pollinated, it will set seeds before dying.
You’ll also notice the spike somewhat resembles asparagus, even more so before the blooms open. This is no coincidence, Agave titanota is in the Asparagaceae family. And yet the foliage does not resemble asparagus at all. The Royal Horticulture Society writes it well, “Leaves have ferocious-looking, curved and twisting light-brown, marginal spines, the bases of which often fuse along the leaf margins.”

Conservatory Horticulturist Chelsea Mahaffey researched this specimen, given to us in 1999 from the United States Botanic Garden.  We think it’s around 30 years old.

“It was great fun to track down the history of the plant and piece together her journey to bloom,” Mahaffey says. We found out that when USBG was renovating their glasshouse, they distributed some of their plants to surrounding gardens for display. This specimen lived most of her life in a pot until the installation of the cactus and succulent area in 2014, she has grown too large proportions and finally started blooming earlier this month.
“We are excited to see such a spectacular bloom in the Conservatory. The most common thing I’ve heard in anticipation of the bloom,” says Mahaffey, “I heard it smells horrible. I don’t think it smells at all, but you’ll have to let me know what you think.”

Thanks to Maggie Southwick, Susie Austin and the Garden Guides for contributing to this post. 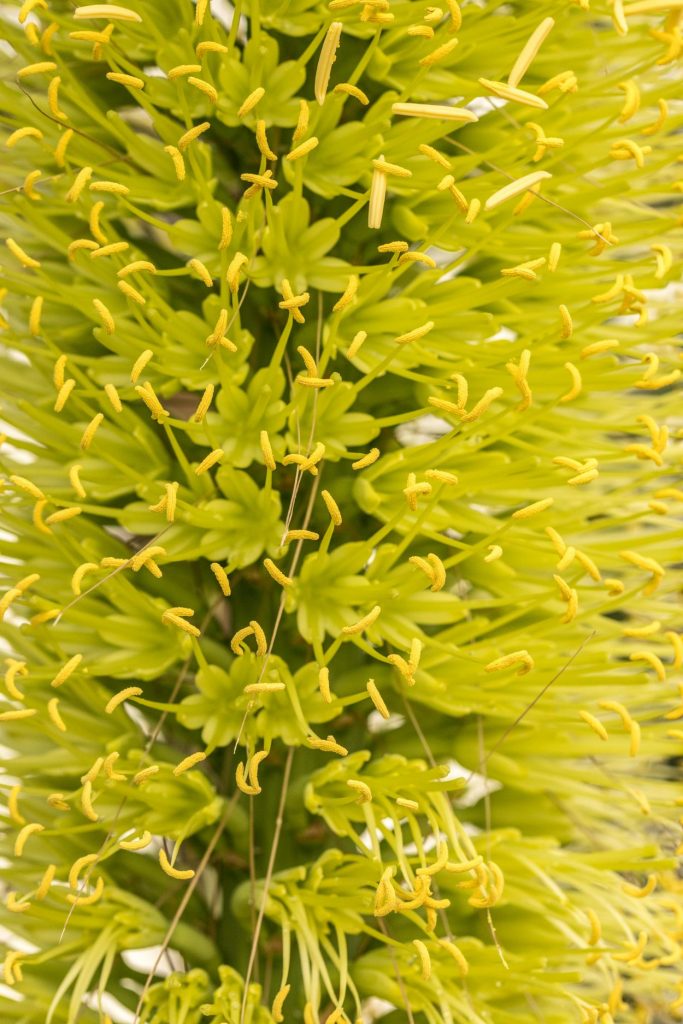