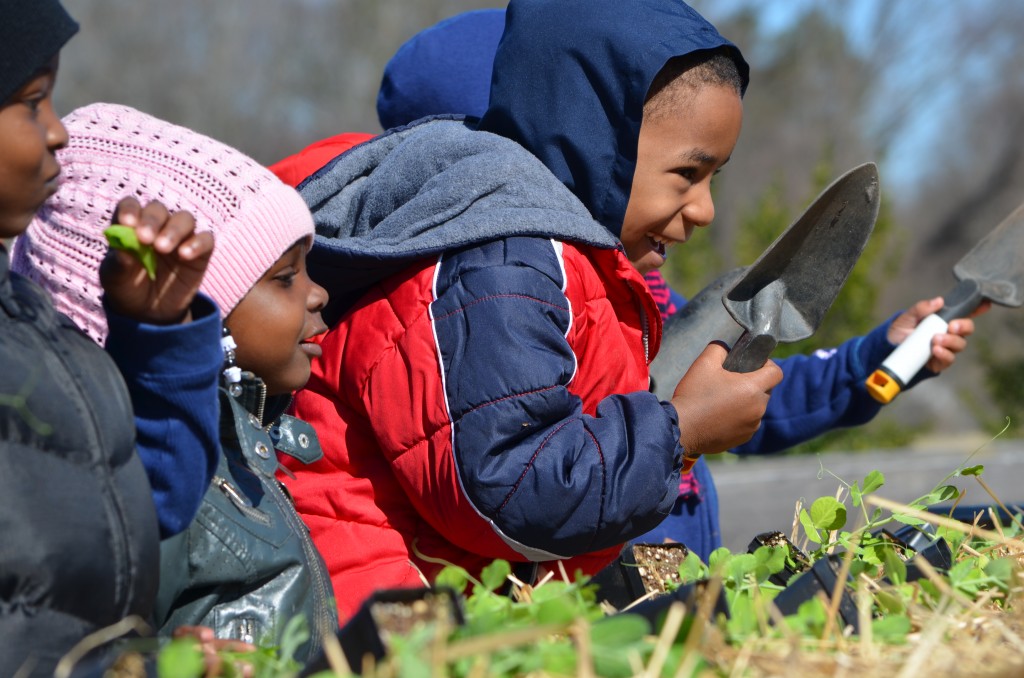 Today we got to celebrate the first day of spring in the best way ever.  We kicked off the 2013 growing season for the Community Kitchen Garden by planting red potatoes, peas and radishes with  preschoolers from Capital Childcare. But do you want to know what’s really cool about that?  These children not only get to learn how their food grows but actually got to plant food that they themselves will get to eat later this spring as part of  FeedMore’s Kids Cafe program.   Capital Childcare, is a FeedMore Kids Cafe partner and receives meals from FeedMore’s Community Kitchen, where our produce is delivered. 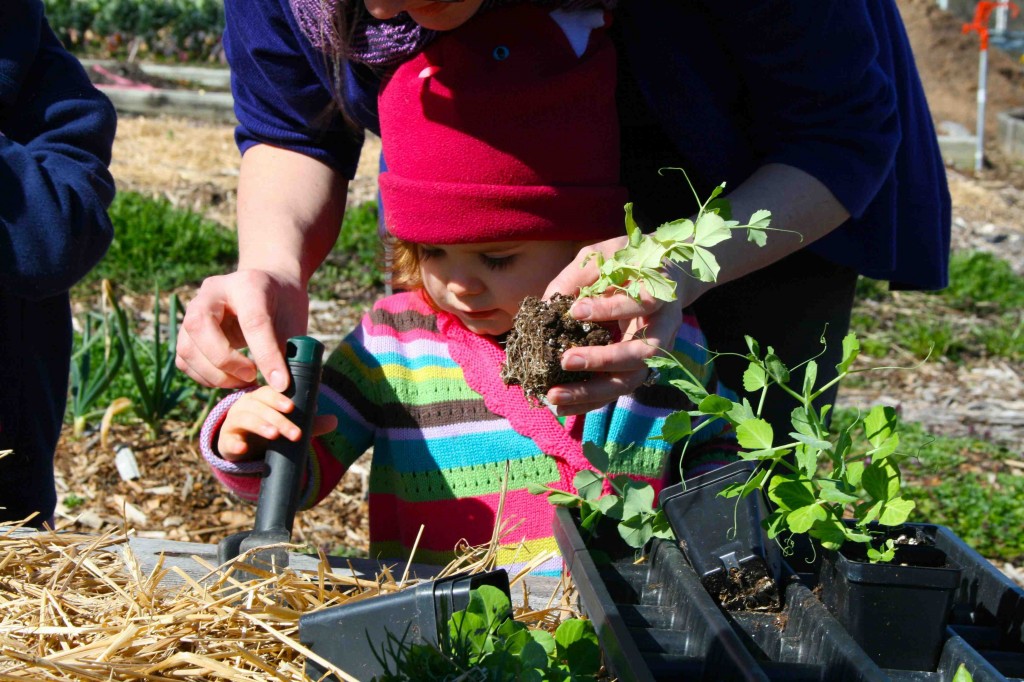 As you may know, we are in our 5th year of growing fresh local produce for FeedMore’s Meals on Wheels and Kids Cafe programs.  In  fact, last year 2012, we harvested and donated 12,454 lbs. of vegetables to FeedMore and produced an estimated 9,580 meals for Central Virginia’s hungry children and homebound seniors.

Some highlights from today:

*The look on the children’s faces as they tasted sugar snap peas, right before planting them. (See the photo!)

*The cheers that when out as the children heard the story of The Enormous Potato. They learned that the plant grows out of the potato’s “eye.”  Also,  one child’s comment about how her potato had an eye AND a nose!

*Little hands holding big radishes  (just in case they weren’t familiar with them we had a few that were picked from the Children’s Garden this morning) and planting teeny tiny radish seeds very carefully. 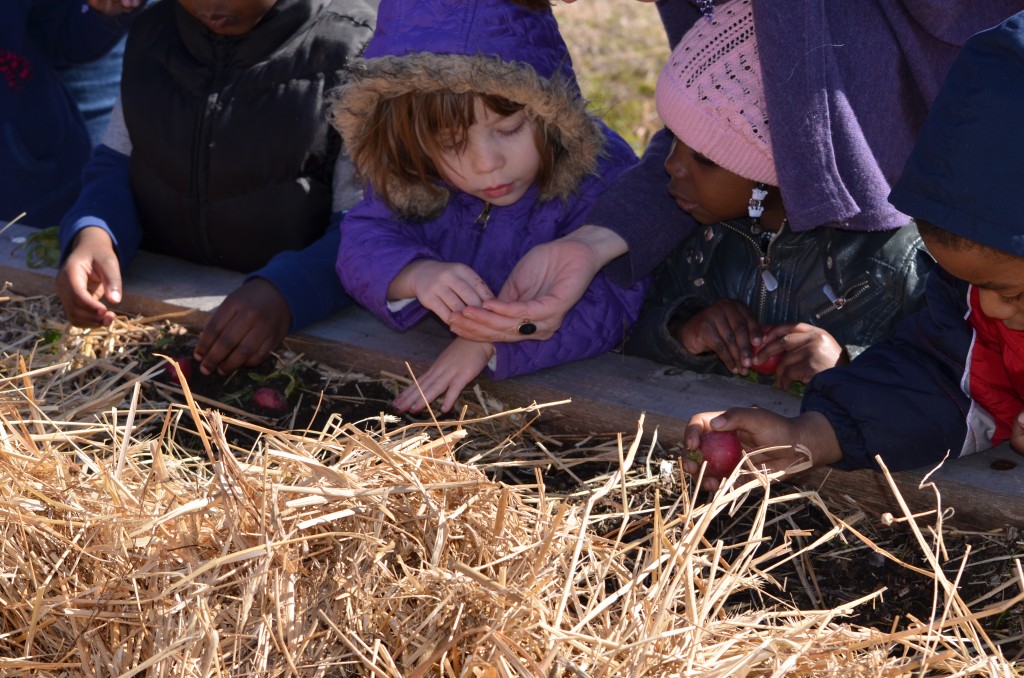 *The look of complete concentration as the children learned all about how to grow plants for food.

*The children exploring  the Conservatory and the Children’s Garden after they planted. 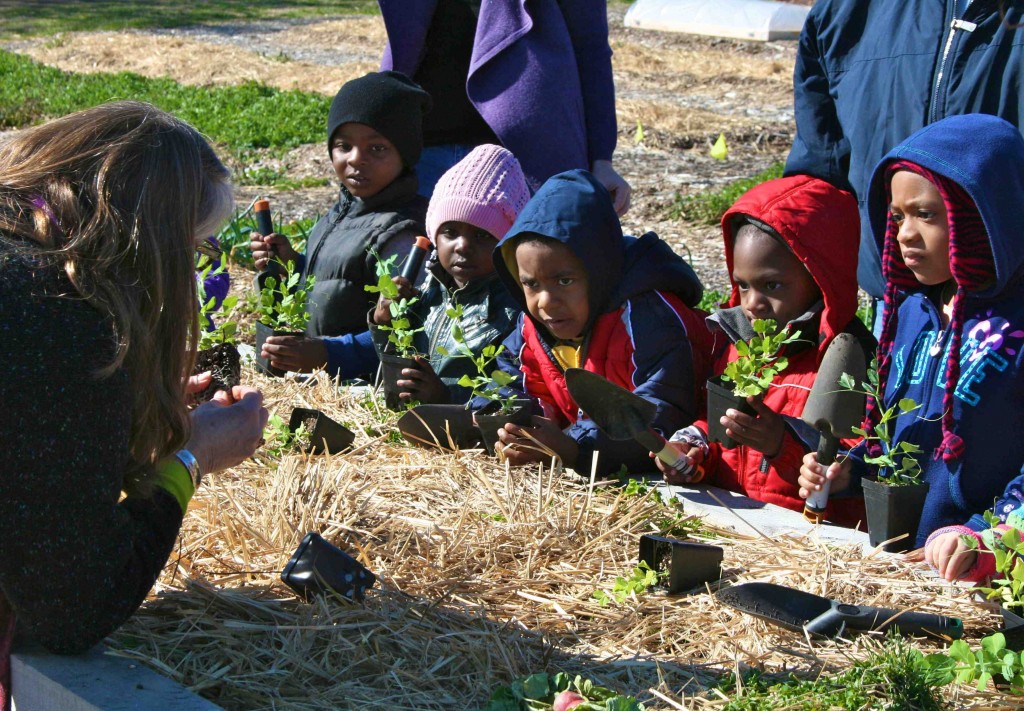 Concentration as they learned how to plant peas. Photo by Brian Vick

Not to be outdone by the kids, some staff highlights were:

Community Kitchen Garden Coordinator Brian Vick had a great interview with WRIC channel 8  on  about why we grow food for FeedMore and why it’s important to teach the kids where there food comes from.  Look for the full story on the news tonight!

The super-talented Children’s Garden Manager, Kelly Riley, who made it a really fun and educational experience for the kids.  Kelly taught about what plants need to grow, how a seed can turn into a plant, and a potato eye can turn into a many potatoes. 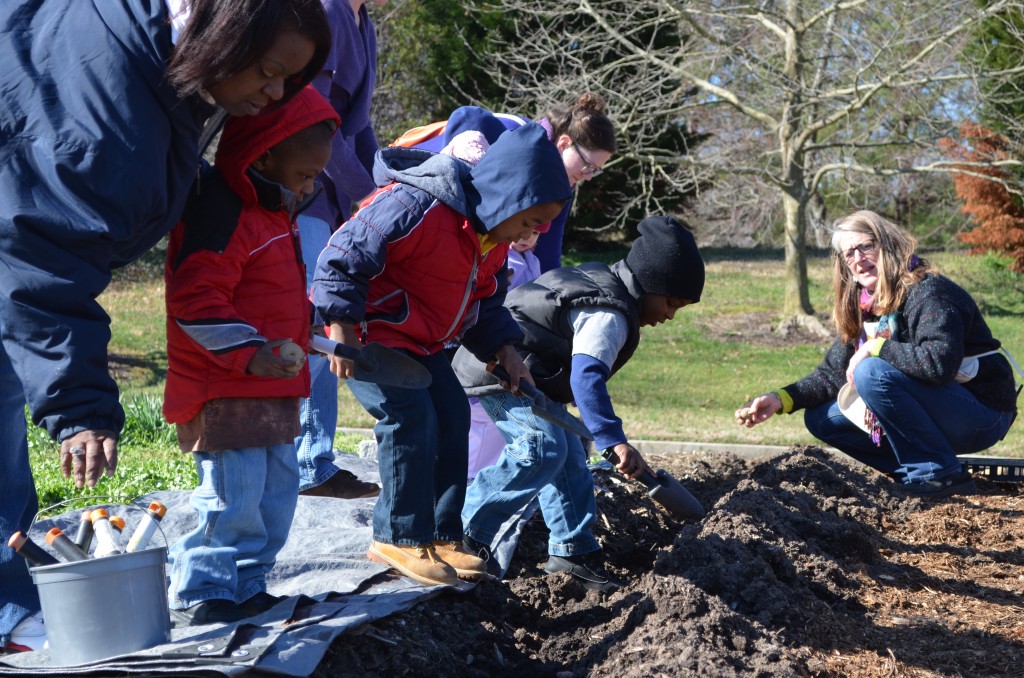