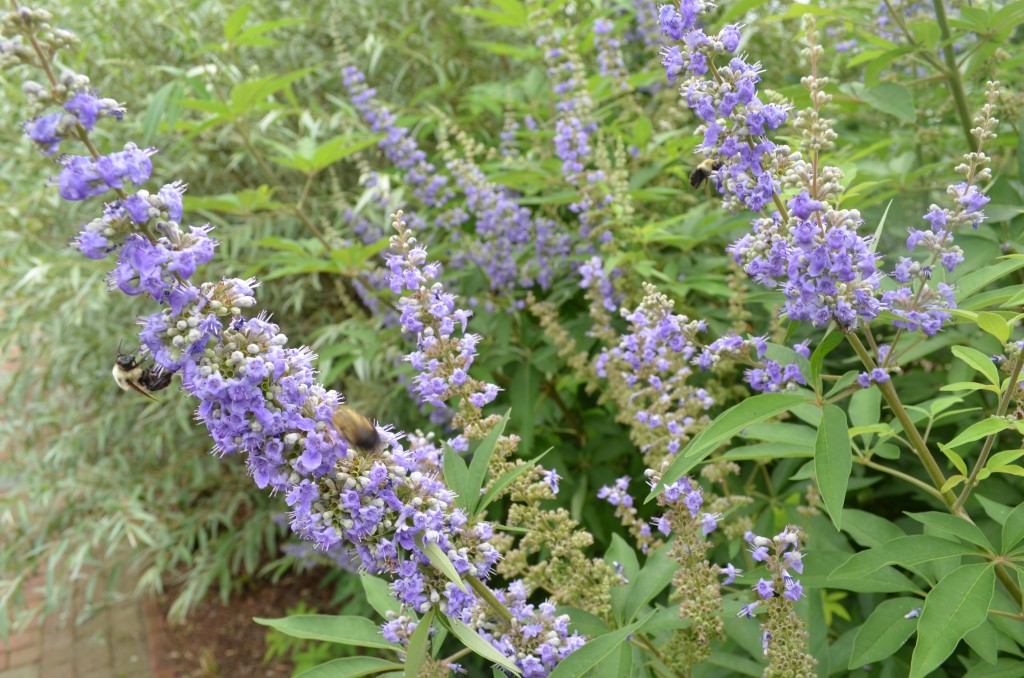 …..That the small blue flowering tree on the side of the Healing Garden opposite the Fountain Garden is called a chaste tree (Vitex agnus-castus)?  This aromatic shrubby tree can also be seen blooming in the Flagler Garden, as well as in Richmond along Broad Street, near Short Pump, and in the Virginia Center area of Glen Allen to name a few places you might have spotted it. 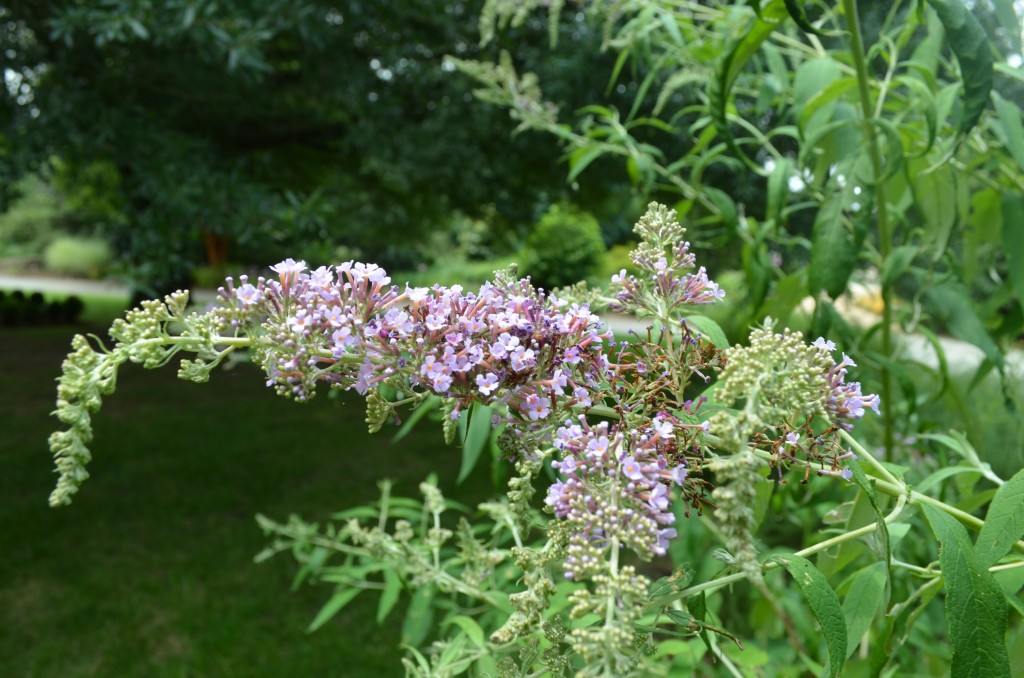 Butterfly bush has arching canes that cascade downward & opposite leaves.

Medicinally, the chaste tree has been found to help with hormonal imbalances, but its name comes from the erroneous belief that chewing its leaves would help medieval monks maintain their vows of celibacy.  Hence it has also been called monk’s pepper.

It has sometimes been mistaken for a butterfly bush (Buddleia).  This is understandable as both come in similar colors of purple, white, and pink – though the chaste tree can have an almost true blue blossom.  Both attract butterflies, bees and  hummingbirds; both bloom about the same time of the year. Both reach a similar size. The chaste tree, however, left untrimmed will grow taller, and the butterfly bush can be invasive in some areas.

Both of these shrubs are planted throughout the garden, but the two can be seen side by side in the center of Flagler to the left of the Pavilion platform.