I recently had the privilege of visiting the Botanical Garden and the Technical University at Delft, (TU for short), in the Netherlands.  TU has one of the world’s leading initiatives in applied botanical research with a focus on solving modern-day problems. The Delft Botanical Garden has research partnerships with the TU Schools of energy, construction, environmental pollution, insulation, aerospace and architecture.
This model of partnership between a great research university and an active botanical garden that we see at Delft is exactly the model I dream about for Lewis Ginter Botanical Garden. It uses the best resources and expertise of both organizations; it pushes boundaries, breaks new ground, and makes impact.  Plants are fundamental to our survival and quality of life.

Maybe the pendulum is swinging back to recognize the amazing properties of plants and their applicability to solve our present-day challenges in every sector of our lives.
We already have an opportunity of this type “on the drawing board” in our comprehensive Water Management Plan. It has the potential to have long-term influence on regional water conservation, long-term supply, comprehensive management and quality — ultimately impacting the James River and Chesapeake Bay through its replicability. The Garden will become the public demonstration, interpretive and educational site for scientific research on river ecology, up-stream management and regenerative design. The plan has the potential to establish a national model for the integration of environmental science, landscape design, botany and horticulture.
I hope you will be inspired to read about the following fascinating initiatives currently underway in Delft.

The Milking of Taxol:

Taxol is a powerful anti-cancer agent used to treat breast, ovarian and lung cancers, and Kaposi’s sarcoma. Its source is the Pacific Yew,

, and secondarily, the English Yew,

However, it takes thousands of pounds of bark and needles to produce a single dose of Taxol, and the process is fatal to the trees.

(native to the NW U.S. and Western Canada), is listed as endangered, and is one of the slowest growing woody plants we know. There is aggressive research going on to synthetically produce Taxol, but its major source has continued to be living plants, which has kept supply limited and its cost very high.

At TU, research has demonstrated that a strong electrostatic field will induce the release of taxol-containing liquids through the stomata (pores) of Taxus needles.  Once “milked” electronically, the Taxus tree requires a rest period to restore potency, but the process is otherwise undamaging to the trees. It is possible we may one day see Yew plantations, like rubber plantations, where this cancer-fighting breakthrough will be produced in large quantities through this “milking” process. 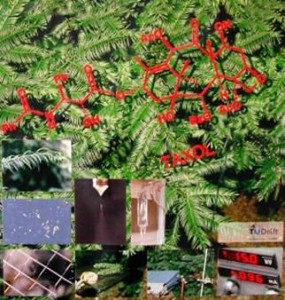 This image shows the chemical structure of Taxol superimposed over the Taxus tree.

There has been a movement afoot in European cities, led by Paris, to create buildings with “green walls” – vertical facades which support plants for both beauty and environmental benefits.  TU is studying the composition of building materials which will support and encourage plants to grow on their surface.

Vertical walls have the potential to cool, clean and soften our cities. The plants they support absorb CO2, heat and noise pollution, while giving off oxygen and cooling water vapor, as well as beautifying and softening urban streetscapes.  They also provide habitat and food sources for urban insects and birds. Green walls, like green roofs, may well mark our healthy cities of the future. 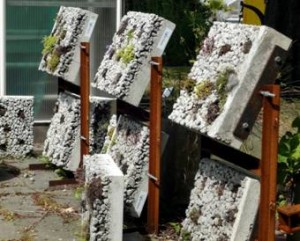 Green walls obviously will have impact on structural engineering, requiring foundations and above ground structural systems that will support the weight and other requirements for durability.
Additional architectural engineering research focuses on the inclusion of long-and-strong plant fibers in concrete and other building products to create structural strength with highly renewable, durable materials, with less weight. Think of the difference between constructing with steel reinforcing rods versus threads of bamboo, and the impact of less mining, manufacturing and transportation costs.  And, consider the potential to increase structural integrity and safety for buildings in poor, earthquake-prone areas like Haiti and rural China, if native plant fibers could be incorporated into building materials at minimal costs.
Bamboo, banana, flax, sisal, and hemp are all fast-growing and highly renewable sources of long-and-strong fibers.  In addition to research into architectural systems, these fibers are being studied as less expensive and more environmentally friendly alternatives to petrochemical-based fibers like polyester.  High grade interior fabrics for automobiles and flexible containers for the aerospace industry are already in use through TU’s research. 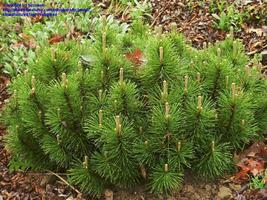 TU scientists have discovered that the Mugo Pine,

, (a much-loved, common garden plant), native to high altitudes of Central Europe, has a surface wax protecting its needles which absorbs ultra-violet (UV) rays, converts the radiation  to blue light, while avoiding being broken down by the UV energy as it does so.

Most UV filters are decomposed by the very UV radiation they absorb, and thus are relatively short lived. You know this first-hand by having to re-apply your sun-screen every few hours, or suffer getting sunburned.

The use of sustainable UV bio-filters could mean much longer-lived plastics, latex paints, asphalt, solar panels, and healthier cosmetics! Beyond the convenience and financial impact of such improvements, (less frequent painting of your house), our sunscreen used in future days at the beach will be much more sustained and safe.  Potentially the incidence of skin cancer could be reduced due to this unique characteristic of the “common” Mugo Pine. 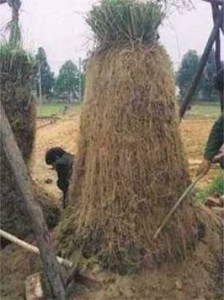 The Netherlands is located in one of Europe’s major river deltas, and 60 percent of the country is under sea level, (parts of Amsterdam are 16 feet below sea level!).  It should not surprise us that TU is studying ways to protect dykes and levees, as well as stabilize river banks.

A native grass from Southeast Asia known as Vetiver, Vetiveria zizanoides, has amazing properties to stabilize and protect banks, dykes and dams. Vetiver grows to a height of 6 feet, and its above-ground foliage has been demonstrated to absorb 75 percent of the erosive energy of natural waves and wakes caused by boats. Perhaps more importantly, its roots descend to a depth of 12 feet, creating a complex matrix of resilient fibrous organic material which greatly reinforces soil.

This is the same Vetiver known for its fragrant oil used in perfumes, soaps and medicines. It has been cultivated in Asia for centuries, spreads little by seed, and is not considered invasive.

Vetiver — and future hardy hybrids — has the potential to stabilize the banks of our great commercial rivers, reducing erosion and particulate pollution of estuaries, like the Chesapeake Bay and the Gulf of Mexico. It also may not only protect the low-lying parts of The Netherlands, but in the future prevent levee failure and flooding, as we have seen in our own city of New Orleans and most recently in Iowa.

With the threat of melting polar ice caps and the rise of sea levels, Vetiver might well be a first-line defense for the globe’s barrier islands and coastal cities – green, clean, carbon neutral, and readily propagated.

Vetiver has many other commercial and cultural applications.

Now if that doesn’t draw your attention!  Deteriorating forces on concrete present some of the greatest challenges for our global “infrastructure” — roads, bridges and buildings. It is one of our fundamental building products –- used by the ancient Egyptians, and after the great fire of Rome in 64 A.D., required by Emperor Nero for the rebuilding of the city.  Time, chemicals, freeze-thaw action, shrinkage, vibration, mechanical stressors, earth movement, etc., all take their toll, and concrete ultimately begins to fall apart.

TU structural engineers are studying the opportunity to embed living bacteria in concrete, which have the unique ability to constantly precipitate calcite, which would give concrete the ability to “repair itself”.  There is a common soil bacterium, Bacillus pasteurii, which continuously exudes calcite. If scientists could induce proliferation of this bacterium within concrete, cracks and pores would self-repair, vastly increasing concrete’s longevity and usefulness.
The challenge is to understand the life cycle and conditions for sustaining Bacillus pasteurii: to know what it requires to thrive in the soil, and to determine if those conditions can be introduced within concrete itself without compromising its structural properties. As the bacterium lives in common garden soils, and plays an important role in the breakdown of urea into nitrogen (making nitrogen available to plant root systems), no doubt its life cycle includes green plants, organic detritus, association with other bacteria or fungi, the presence of certain minerals, moisture, etc.
The potential economic impact for the future of our “built environments” is monumental, and could save the world trillions of dollars in long-term maintenance and replacement costs, thanks to a microscopic bacterium that lives around us every day.

Medicine, urban ecology, structural and civil engineering, macro-economics -– the research taking place between the Delft Botanical Garden and the Technical University will be broad in its impact on future generations and the world we humans live in.  The work underway at Delft is both intriguing and exciting!  I hope we will have the opportunity to follow suit in the years ahead.