On June 19, 1865, two and a half years after Lincoln’s Emancipation Proclamation, Union soldiers arrived in Texas and announced that 250,000 Texan slaves were free. Since that time, Juneteenth has been a time of commemorating the end of slavery and has traditionally been a day with food, praying and cultural festivities, often focused on education, self-improvement and uplifting each other. 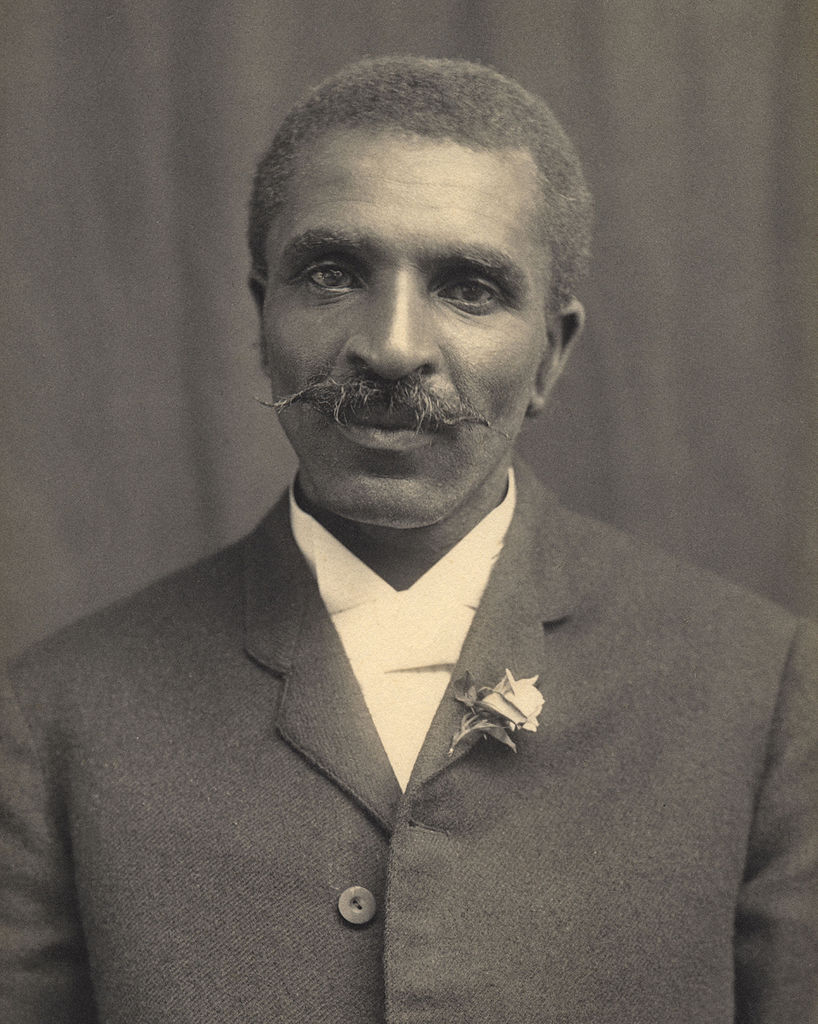 George Washington Carver, circa 1910, Public Domain George Washinton Carver did not invent peanut butter, but he did create 300 other peanut items. From LiveScience: From his work at Tuskegee, Carver developed approximately 300 products made from peanuts; these included: flour, paste, insulation, paper, wallboard, wood stains, soap, shaving cream and skin lotion. He experimented with medicines made from peanuts, which included antiseptics, laxatives and a treatment for goiter.

So, on this day, we celebrate Juneteenth by recognizing a man who dedicated himself to that end. George Washington Carver was born into slavery, his father died in a farming accident before his birth and his mother was stolen in a slave raid when he was still an infant. As a child, he took an interest in plants and local farmers called him “the plant doctor” because he helped them improve the health of their gardens. Carver persevered through many more adversities and the devastation of winning a full scholarship to college only to have it revoked when he arrived and they found out he was black. Despite these hardships, he received a master’s degree in botany and became a prominent scientific expert consulted by President Theodore Roosevelt and making numerous discoveries. He dedicated himself to a life, described by Booker T. Washington, as “hard work, the task of bringing people from degradation, poverty and waste to full manhood,” through teaching Black farmers about natural pesticides, fungicides and soil conditioners and his invention of a new kind of crop rotation.

“He took his lessons to former enslaved people turned sharecroppers by inventing the Jessup Wagon, a horse-drawn classroom and laboratory for demonstrating soil chemistry. Farmers were ecstatic with the large cotton crops resulting from the cotton/peanut rotation but were less enthusiastic about the huge surplus of peanuts that built up and began to rot in local storehouses. Carver heard the complaints and retired to his laboratory for a solid week, during which he developed several new products that could be produced from peanuts. When he introduced these products to the public in a series of simple brochures, the market for peanuts skyrocketed. Today, Carver is credited with saving the agricultural economy of the rural South,” says LiveScience.

If you would like to experience a Juneteeth celebration, you can join our friends at Elegba Folklore tomorrow at 5 p.m. for Juneteenth 2020, A Freedom Celebration – Live Stream: https://bit.ly/JuneTEENTH