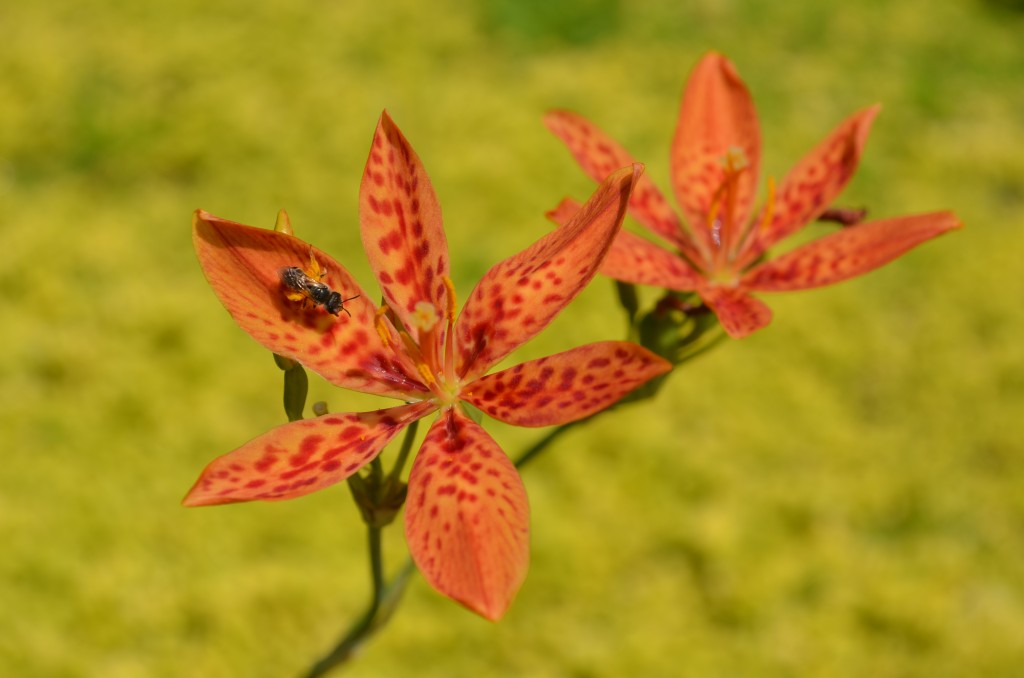 This lovely blackberry lily (Iris domestica) along the Main Garden Path is one of my favorite flowers. I bought one for my own garden last year at the Garden’s Fall Plant Sale, and  I’ve featured it on this blog before. But here’s an interesting thing about it — it has a relatively new name.

Did you know that the Latin names for botanical specimen can change?  Plant names can change due to taxonomic research. Plants were originally placed in taxonomic categories based on their flower morphology, but with the use of DNA testing, we are finding that plants that were previously thought to be unrelated are actually close relatives, and vice versa. This is the case with the blackberry lily. Iris domestica was formerly called  Belamcanda chinensis. Turns out it’s not a lily at all, but more closely related to iris. In 2005 they renamed it Iris domestica to reflect what scientists had learned about the DNA.