From the Archives: Memorabilia

Here is our third and final post in honor of American Archives Month. We’re celebrating by sharing treasures from our collection with you.

One of my personal favorite items from our archives is Lewis Ginter’s passport.  We do not have any personal papers or other belongings of Lewis Ginter’s, so having his 1888 passport is very special to us.

Passports were large back then: 24 inches by 18 inches, and made of heavy vellum-type paper.  It was meant to be folded, as you can see, and carried in a portfolio or wallet. 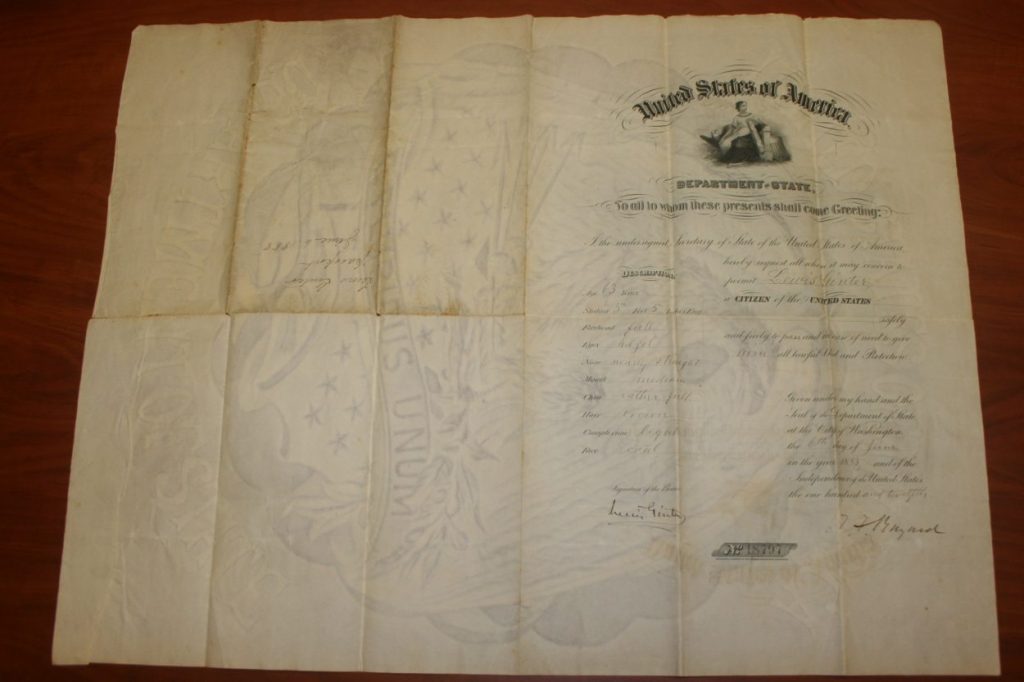 Passports included a physical description of the holder and a signature. 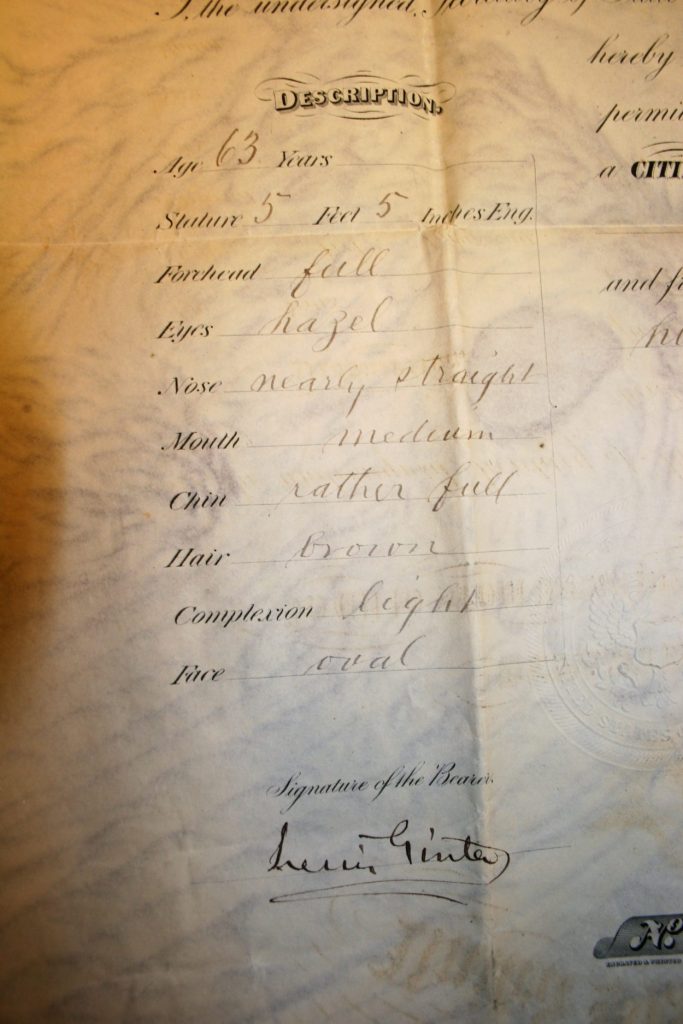 It is fascinating how before photos on passports the description of the bearer was so detailed; Forehead: full, Nose: nearly straight, Chin: rather full, Face: oval. Note Lewis Ginter’s height — 5 feet, 5 inches. Short by today’s standards. 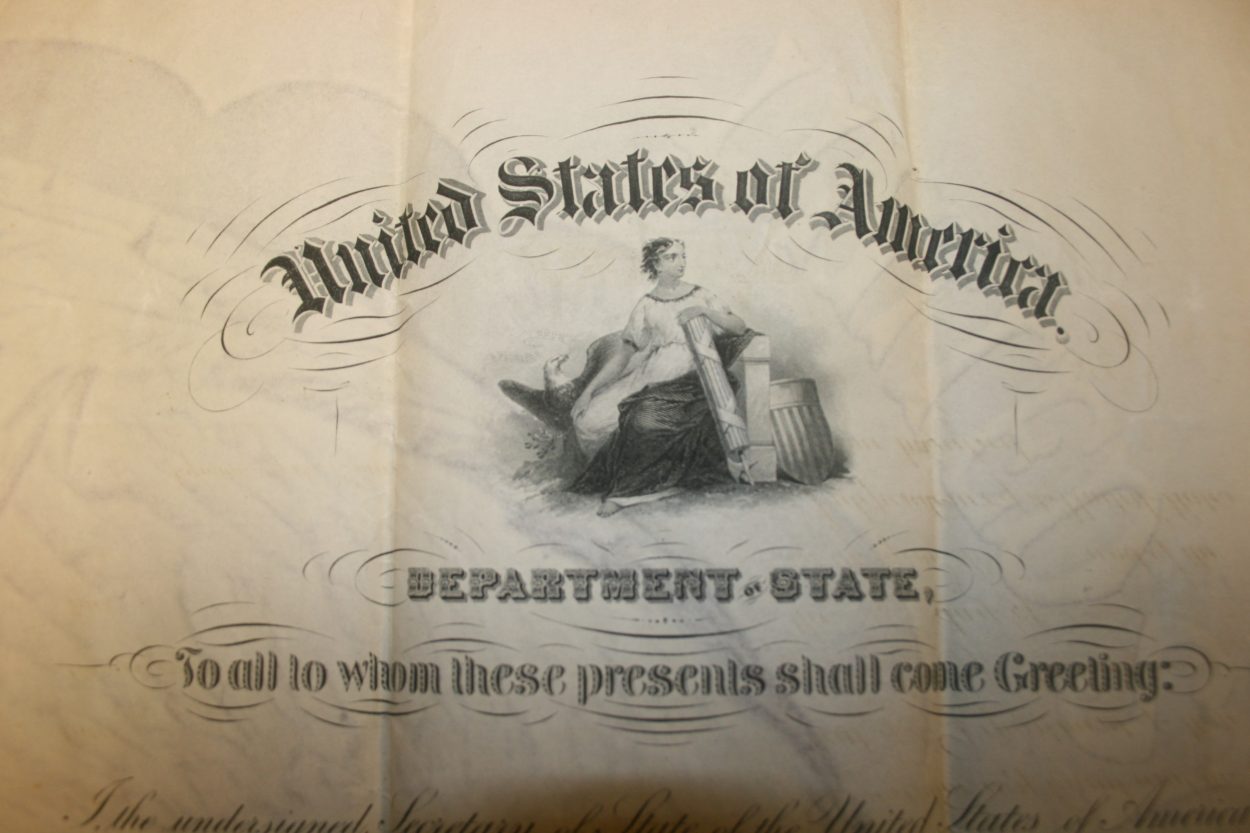 Close-up of the artwork of heading 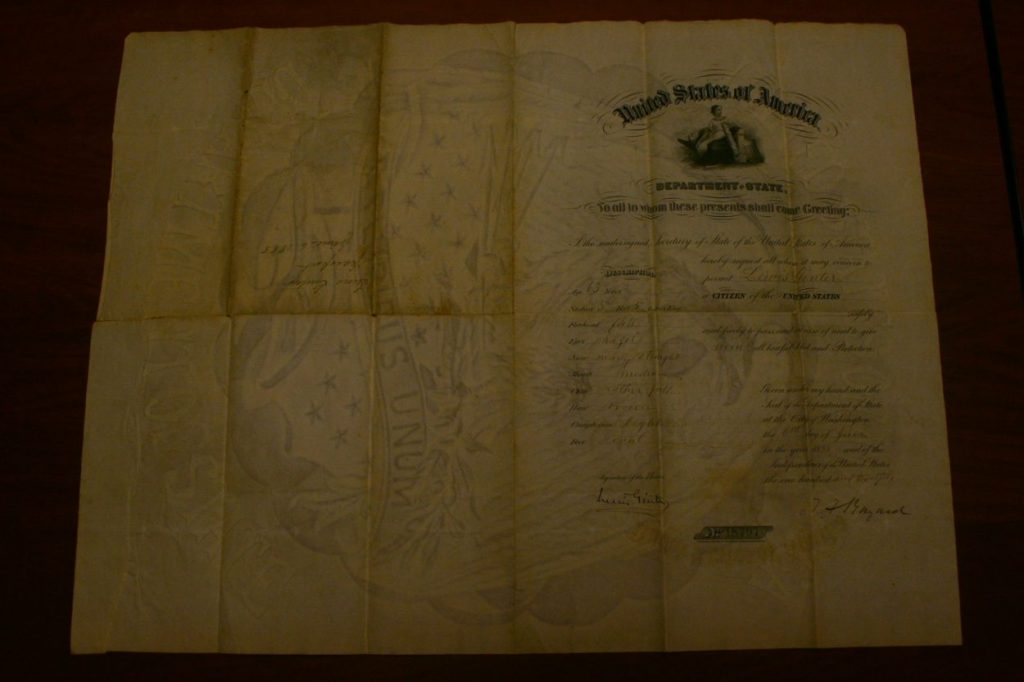 This image is darkened to highlight the large United States seal.

Lewis Ginter was very cosmopolitan and avid world traveler.  It would be fascinating to see all the stamps of the countries he entered.  Perhaps that wasn’t a part of passports back then, or that portion is missing.  In any case, we are happy to have this personal item belonging to our founder Grace Arents’ beloved uncle.

In spite of his busy travel schedule, our namesake Lewis Ginter had time to build the Lakeside Wheel Club and the magnificent Jefferson Hotel which both opened in 1895.  I believe, based on newspaper articles from the time, that he delegated the details of the Wheel Club to his assistant Tony Theirmann while he focused on the hotel. 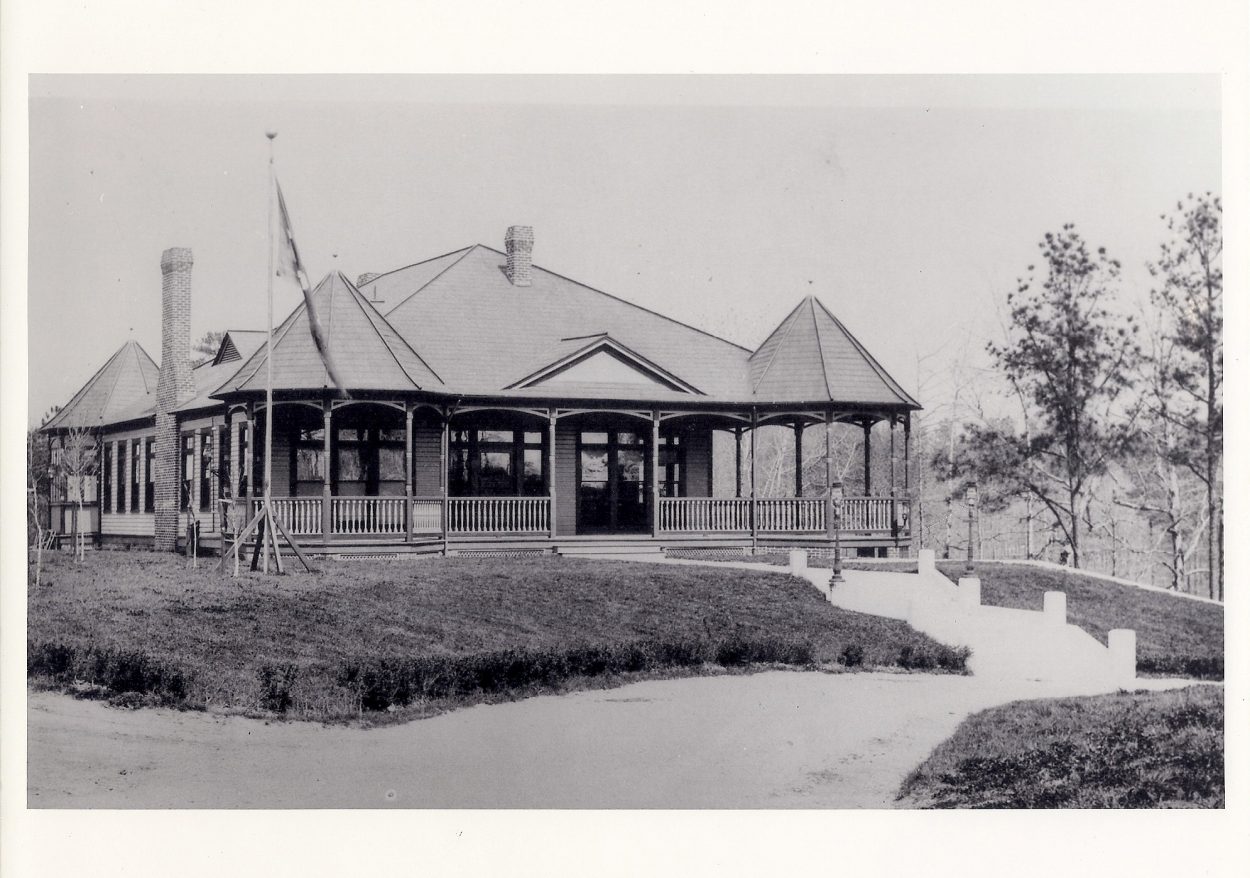 Early photo of the Lakeside Wheel Club from The Valentine.

The Wheel Club was built during the cycling craze of the 1890s.  We are proud to own two antique bikes from the time period, a men’s bike and a ladies. Here they are on display during the 2015 UCI World Road Championship held in Richmond.  The man’s bike is a Victor brand and the lady bike is a Brewster, both made ca. 1896. 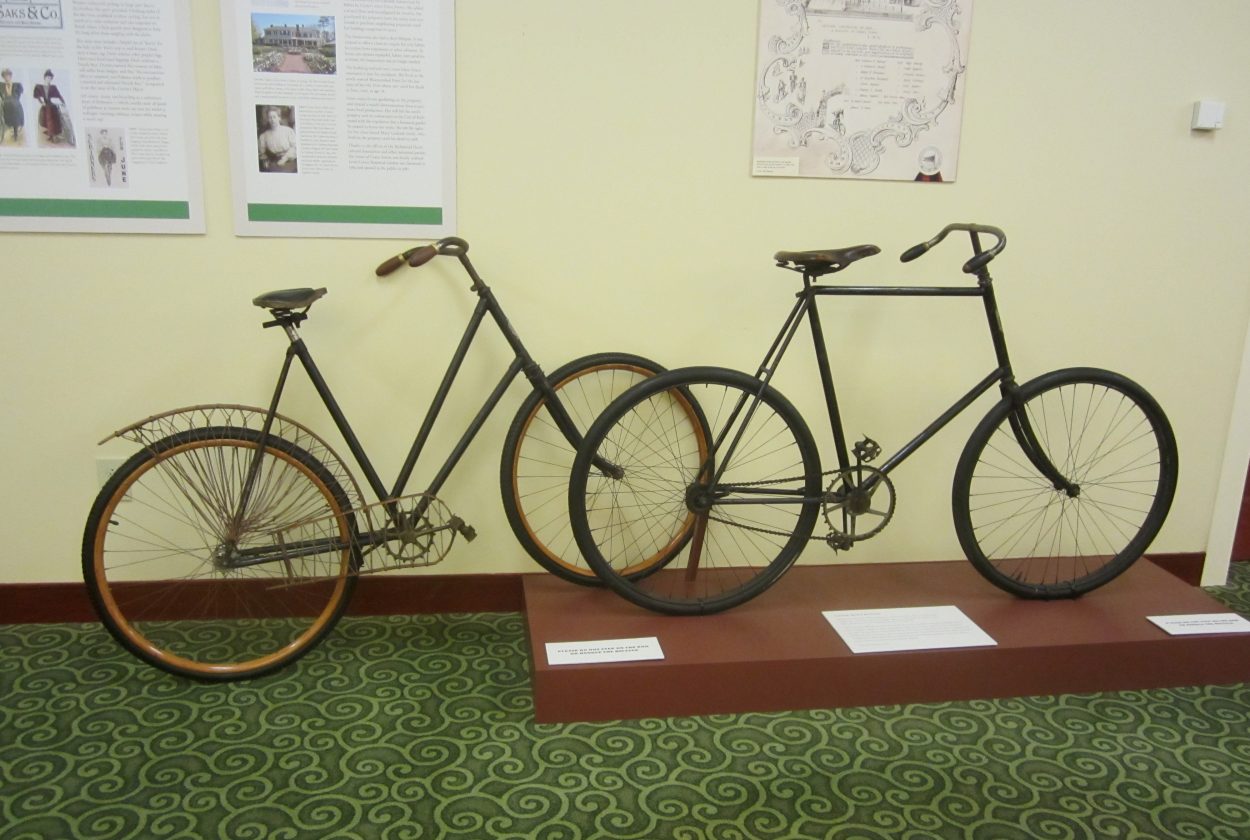 Richmond philanthropist Lewis Ginter was 70 years old when the Wheel Club opened and not a cyclist.  However, he was very aware of social trends and knew that a cycling club would be popular.  And his younger business colleagues probably influenced him on this project.  Sadly, the Wheel Club had a short life, but Grace Arents came along and gave it a second life by adding a second story and turning it into a convalescent home for sick children from the city.  Later Arents converted it into her Henrico estate, Bloemendaal Farm, a model farm.