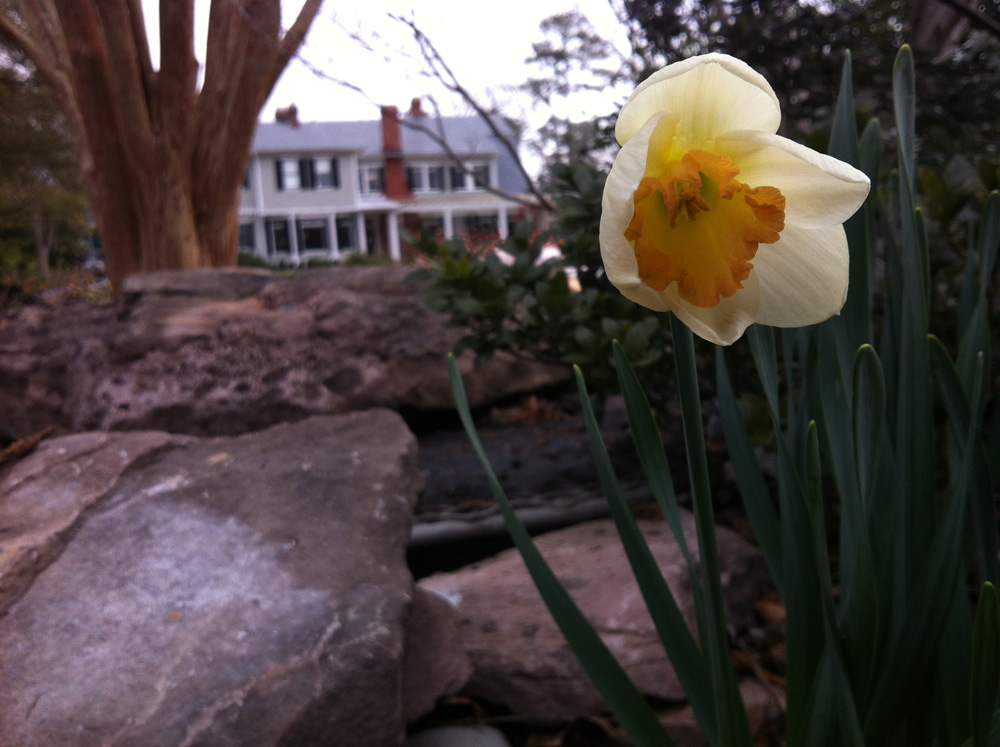 The lovely ‘Lora Robins’ daffodil blooms in front of Bloemendall House in Rob’s Garden, dedicated to the memory of Christopher Robin Haskell, Mrs. Robins’ grandson. A second planting is in the George Bragdon Daffodil Garden (to the left of the entrance of the Central Garden.)

If you are from Richmond, than you probably know the Robins name. Lora M. Robins was matriarch of a Richmond family who generously dedicated their personal time and hundreds of millions of dollars in support of many Virginia organizations. One of her favorite projects was Lewis Ginter Botanical Garden, where the Robins’ legacy includes the Robins Visitor’s Center, the Garden Shop, the Lora M. Robins Library, the Lotus Bridge and the Robins Tea House. But of all the things at the Garden that bear the Robins name, the tiniest, and the one you’ll have to look very carefully to appreciate, is a daffodil. The Lora Robins daffodil. 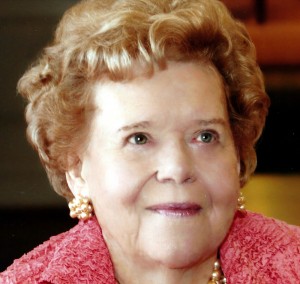 William “Bill” Pannill, amateur botanist, native Virginian and icon in the world of hybrid daffodils, created the ‘Lora Robins’ daffodil hybrid. It is one of the more than 210 daffodils that Pannill hybridized, named and registered since the 1960s when he started his work with daffodils. Today acres of his bulbs are grown in Holland and sold all over the world. The American Daffodil Society Mid-Atlantic Newsletter from spring of 2011 explains how it happened:

In April 2004, Ross [Hotchkiss, Virginia Daffodil Society president] approached Bill Pannill when he came to the Virginia Daffodil Society show [at Lewis Ginter Botanical Garden] to exhibit flowers and asked him if he would consider naming one of his hybrids in honor of Mrs. Robins. Bill‘s response was immediate. . .  “I think it is a great idea and will be happy to do so!”

And so it was that on June 23, Mrs. Robin’s 92 birthday, her son read aloud a letter announcing that a daffodil had been named in her honor. The first bulbs were planted in Rob’s Garden at Lewis Ginter Botanical Garden where they bloom today in memory of Mrs. Robins’ grandson, Christopher Robins Haskell.

Hybrids occur in nature all the time, by chance. But when humans create a hybrid daffodil the process is both a science and an art.  Breeders first select parent plants for their desirable characteristics (like size, color, shape and maybe even a special flourish like a ruffle), Pannill’s website explains. Grains of pollen from one plant are placed on the stigma of another where they fertilize seeds in the ovary, located just behind the bloom. The seeds develop there for about 6 weeks until they are ready to be collected and planted. Then the waiting begins. It can take as many as 6 years for a seed to grow large enough to bloom and even then, each of the seedlings from a cross is different. Patient growers choose the traits they prefer and then raise subsequent generations, year after year, by bulb division. Truly a labor of love! New daffodil varieties are submitted for inclusion in the International Daffodil Register and Classified List maintained by the Royal Horticultural Society.

Mrs. Robins’ namesake daffodil is a cross between three varieties of Narcissus: ‘Mabel Taylor,’ ‘Radiation’ and ‘Party Doll.’ The missing piece in the story is how or why Bill Pannill chose this particular bloom to honor Mrs. Robins. Because he passed away in 2014, we can only guess. Was it the contrast between the peach color of the trumpet and its pale cream petals? Or the loosely frilled ruffle at its edge? Or was it simply one of his favorites?

We have 400 varieties of daffodils in our collections at Lewis Ginter Botanical Garden: our symphony of golden trumpets heralding the coming of spring. The ‘Lora Robins’ daffodil is a living symbol of our infinite gratitude for the generosity and vision of Lora M. Robins, which continues to grow as her legacy lives on. 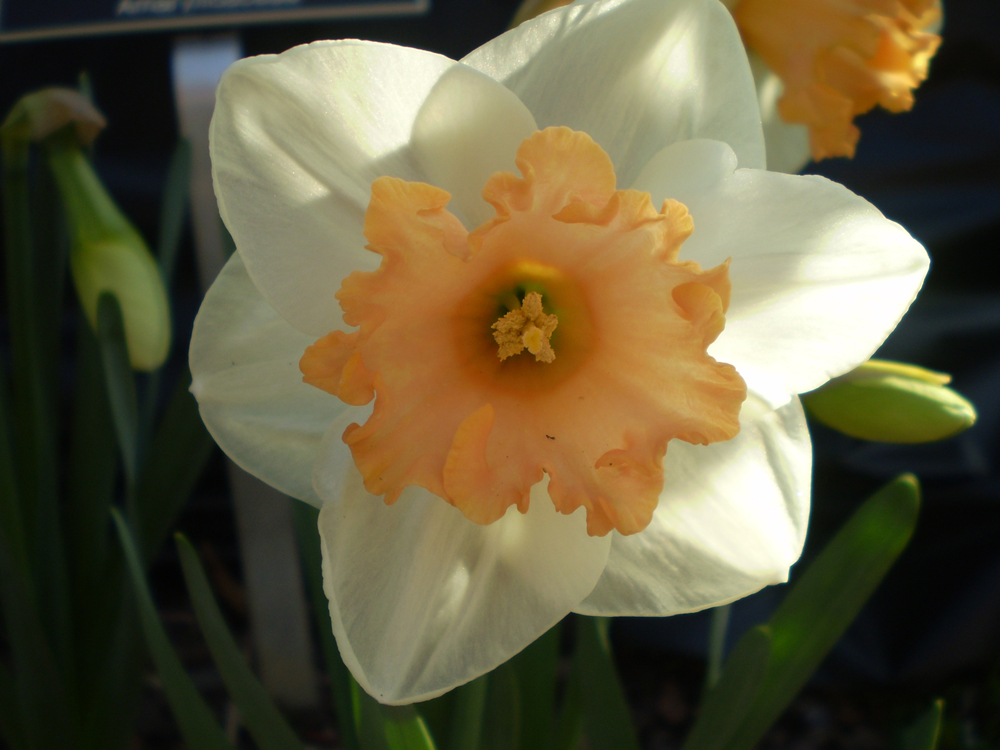 A Daffodil Named for a Garden

The passionate philanthropy of Lora M. Robins shines in a multitude of ways at Lewis Ginter Botanical Garden