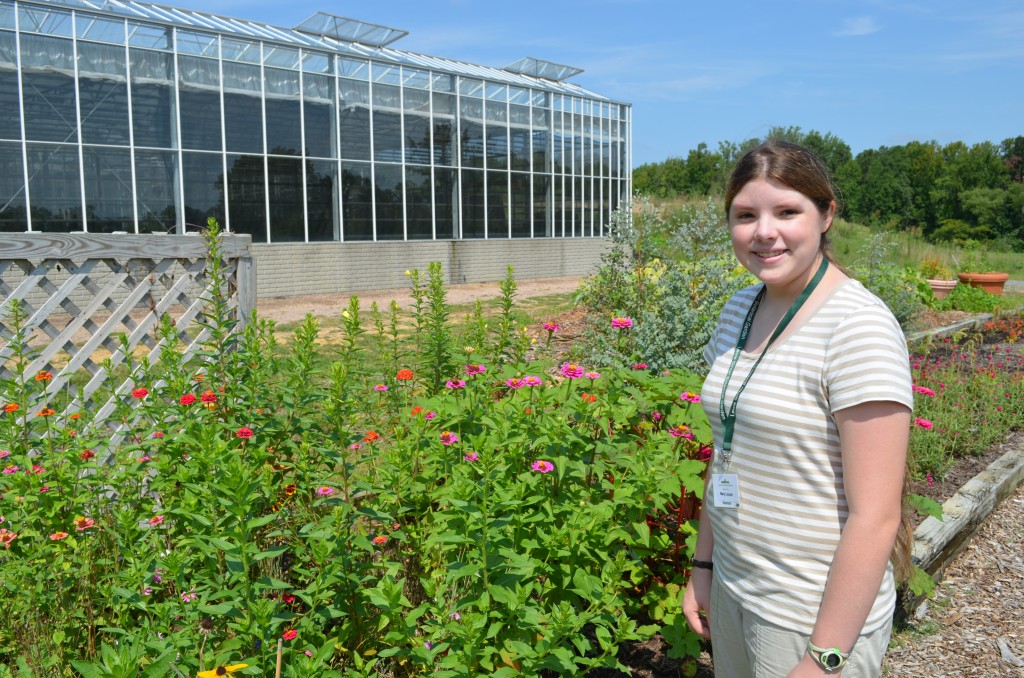 This summer while I’ve been a Public Relations and Marketing Intern at Lewis Ginter Botanical Garden my passion has been working on the blog.  So much goes on at the Garden, and I’ve tried to tell as many stories as I can. Recently, I had the opportunity to talk to Mary Lincoln, who is going into her senior year at Hermitage High School.  Mary has been volunteering at Lewis Ginter for the past 7 years, or as she put it “since I could hold a rake.”  She grew up surrounded by the beauty of the Garden and has seen first-hand the transformations the Garden has undergone.  Mary is part of the Lewis Ginter family, and we are so proud of her recent accomplishments! Mary received a National Gold Medal from the Scholastic Art & Writing Awards for her pencil drawing titled “Hermitage Woods”.  The Scholastic Art & Writing Awards are one of the nation’s largest scholarships and recognition programs for teenage artists and writers.  Past winners include: Andy Warhol, Truman Capote, Richard Avedon, Robert Redford, and many more.  The Gold Medal is a National Award for the most outstanding work in the nation.  It is the highest honor you can receive from the program.  To put this in numbers there were about 200,000 entries and about 1,500 National winners.  That puts Mary in the top 1 percent. 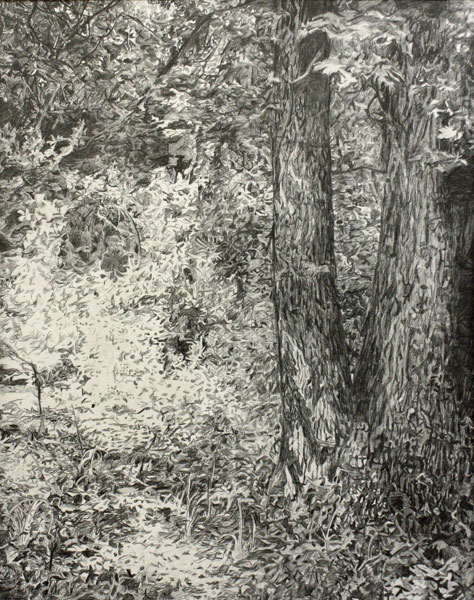 Her drawing, shown above, has so many details.  I think it’s amazing that it is all hand drawn, to me it looks as if it could easily be mistaken as a black and white photograph.   The drawing started off as an art assignment, but flourished into something much more.  Her art teacher knew it was going to be special and gave her a 100 on the assignment with only 1/8 of it completed.  He told her to take it home and finish it over the summer.  His trust in Mary to finish the assignment encouraged her to keep going as she spent many hours meticulously drawing the leaves of every tree. For many the hardest part of this assignment would be attempting to draw, but for Mary it was just getting herself to do it.  Mary and her art teacher knew she had it inside of her, and it was investing the time for the rewards to pay off.   Mary’s mother, Lorrie Lincoln, said “we set up an easel in the family room and she spent many late nights, as we went to bed, watching movies and drawing on it during the summer.”  The hard work paid off. 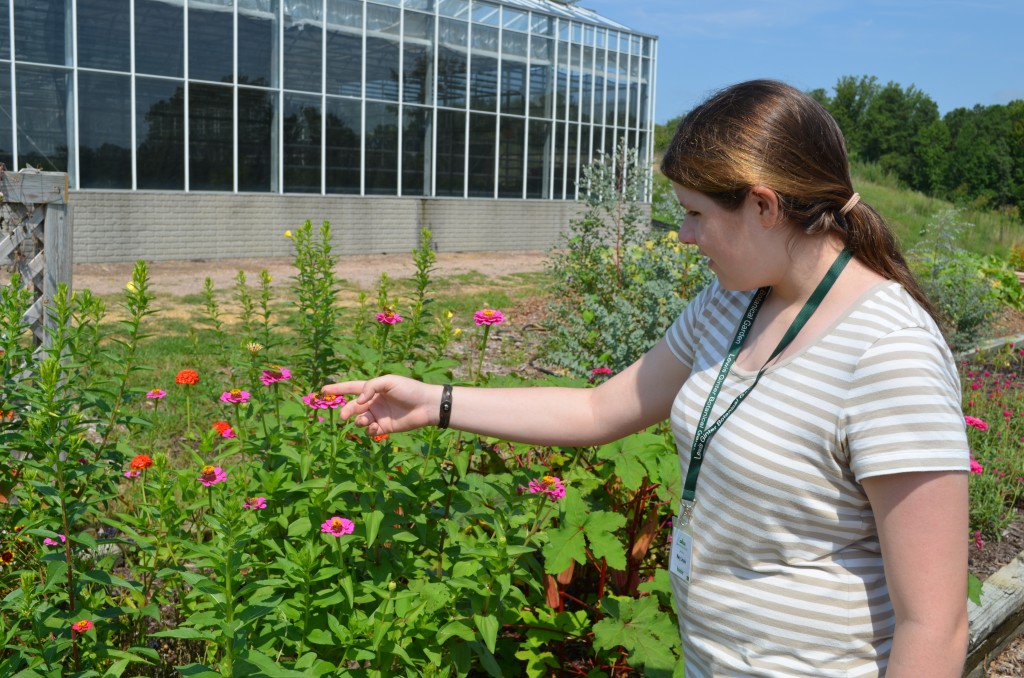 Mary Lincoln in the Garden

This year at the Garden, Mary is a Level 3 volunteer in  the Children’s Garden Service Learning program , which requires 84 hours of volunteering between April – October.  This in itself is an amazing accomplishment, but what makes it so special is that Mary managed to do this while being away at Radford for the entire month of July.   The Children’s Garden Service Learning Program started with the opening of the expanded Children’s Garden – It has 3 levels – as the students demonstrate growth in maturity, ability to lead as documented by their hours of volunteer service, they move into higher levels are given increasing responsibility for tasks assisting staff and guests.
Mary is one of the first students to join the Service Learning Programs, and will be the first to complete her level 3 service.  Those hours, combined with hours worked at GardenFest Trains dispalys and Butterflies LIVE! will total over 400 volunteer hours since she’s started.  We are so proud of this young lady; and just think, she hasn’t even graduated high school yet!

Another dedicated volunteer, Barb Sawyer, summarizes with “this story reminds us that encouragement matters, believing in someone matters, trusting in people matters.  It is not teachers alone that have the opportunity to be a positive force in people’s lives”.  It makes you think what putting in effort,  time and energy can accomplish.