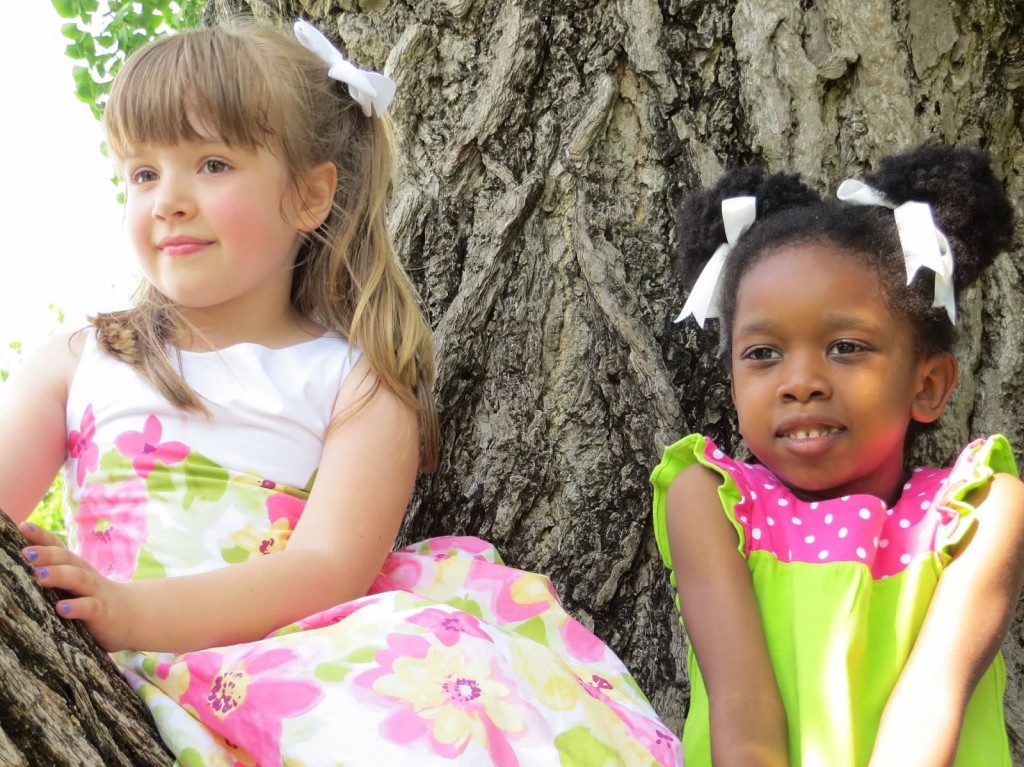 Having brought our families to Mother’s Day at Lewis Ginter Botanical Garden for the past six years, my best friend and I generally know what to expect. Each of the previous years, we sat at the tables, enjoyed our lunch, and watched our girls dance the day away under the tent at Bloemendaal House. The girls have always spent some time wandering around Grace Arents Garden, smelling the flowers and playing games in the grass, but we generally stayed close to the concert. This year was a little different… 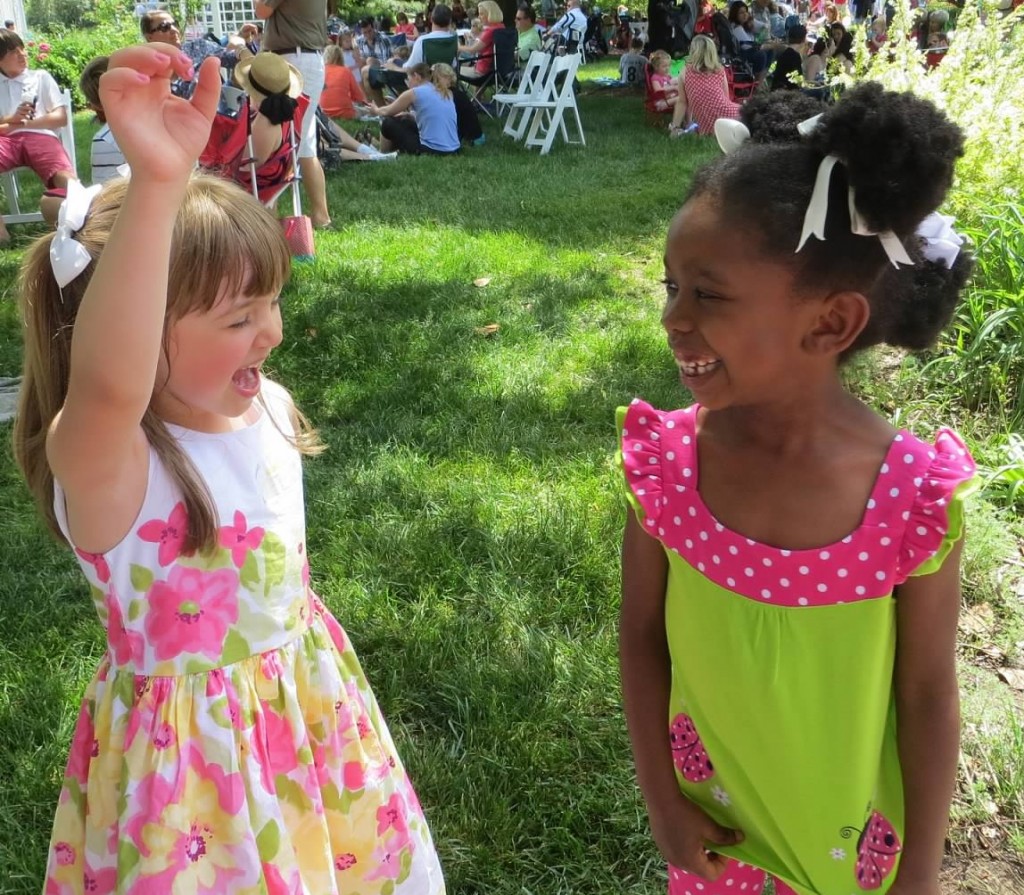 Dancing to the music during the Mother’s Day Concert

We arrived at the Garden just as the Glennroy and Company started their first set down at Historic Bloemendaal House. After finding a table, we lunched and watched the girls dance to their favorite tunes. We purchased ice cream at the cart – which really hit the spot on a warm day. Then my daughter asked the question that made this Mother’s Day visit to the Garden different than each of the previous years… “Mommy, can you show us some other parts of the Garden?” 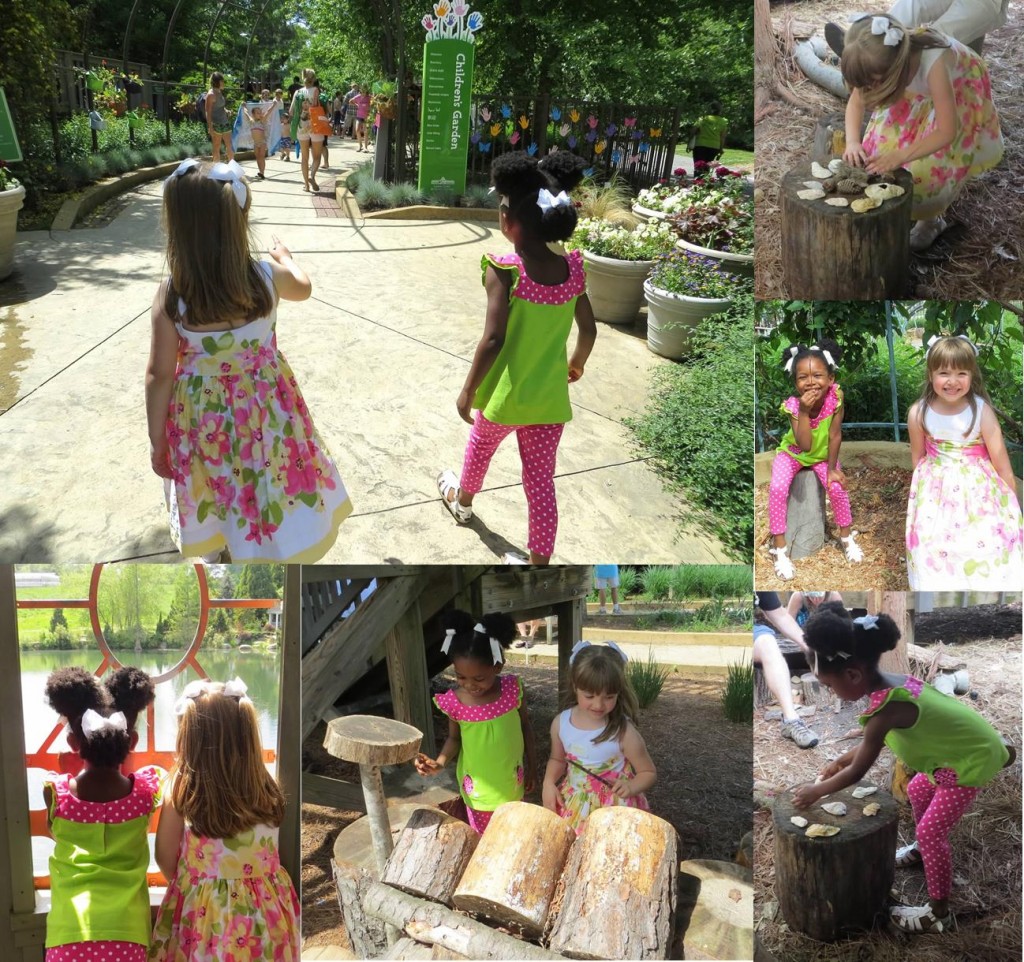 Playing in the Children’s Garden

And… we were off on an adventure during which the girls had the “best day ever!” We started in the Children’s Garden where the girls went up in the CWD Kids Tree House and looked out over the Garden. On the way up, they saw another child playing the drum set under the ramp and wanted to try that next. After playing with the drum set, they built fairy houses in the “Gnome Depot” and explored other parts of the Children’s Garden. The girls were having so much fun that they said that they never wanted to leave. 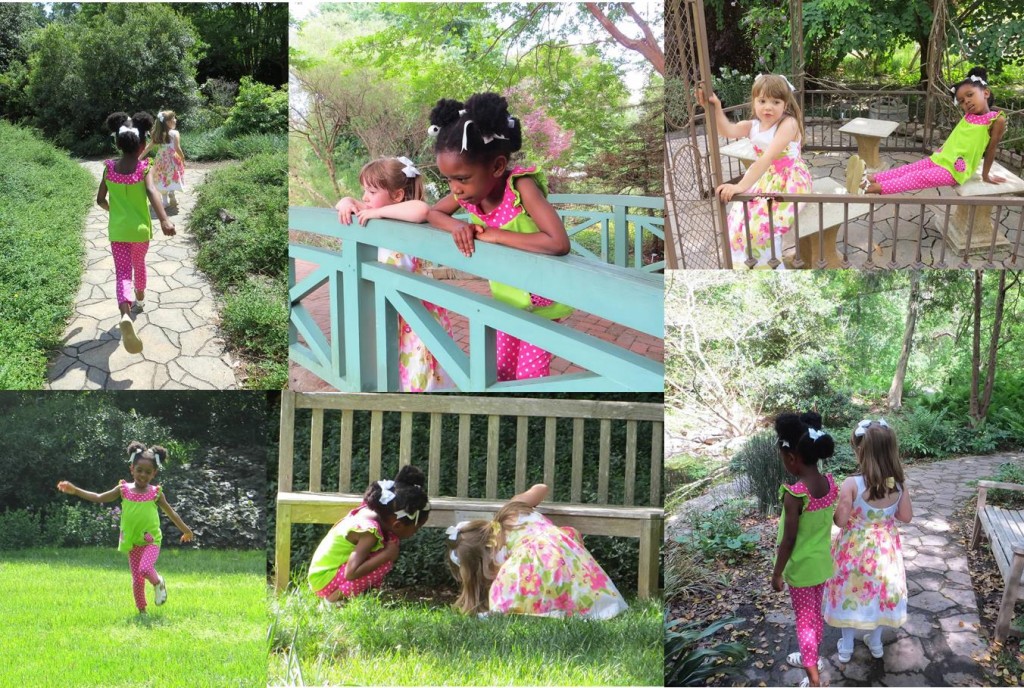 Following our time in the Children’s Garden, the girls wanted to explore the “secret passageway” otherwise known as the Woodland Walk and Flagler Garden. This walk provided a perfect opportunity to put my 9-month-old in the stroller and give him a nap as we followed the girls. They loved the benches, winding walkways, streams, bridges and flowers along the way. The Flagler Lawn was the perfect spot for twirling and lying down in the grass and they wanted to see what creatures might be hiding under the benches near the slow dance sculpture. 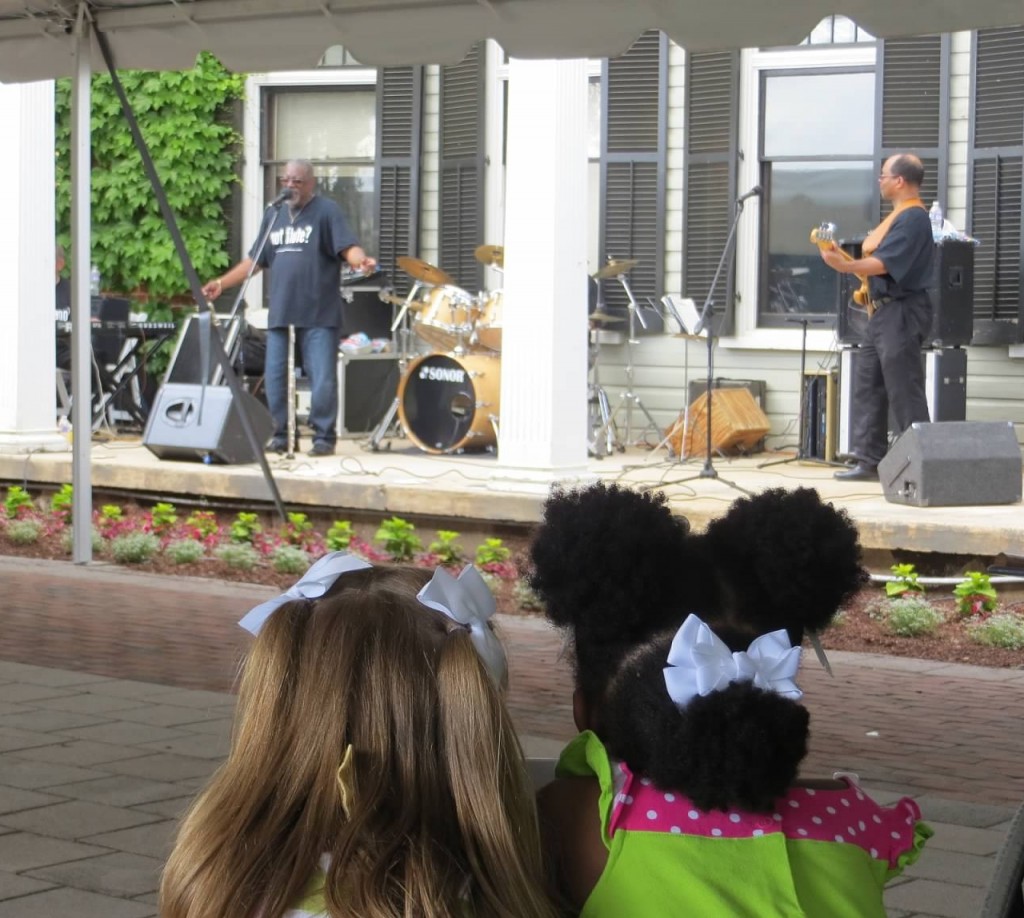 The girls watching “Pop Pop’s band” Glennroy and Company during their final song.

We ended back at Bloemendaal House for the final set of “Pop Pop’s Band.” Too sad to dance again, because the day was coming to an end, the girls watched the band over the back of a chair. Long after the band had stopped playing, the only way we could encourage the girls to leave was with a promise to bring them back to the Garden soon. Even though it was different, it definitely was another spectacular Mother’s Day at Lewis Ginter Botanical Garden. 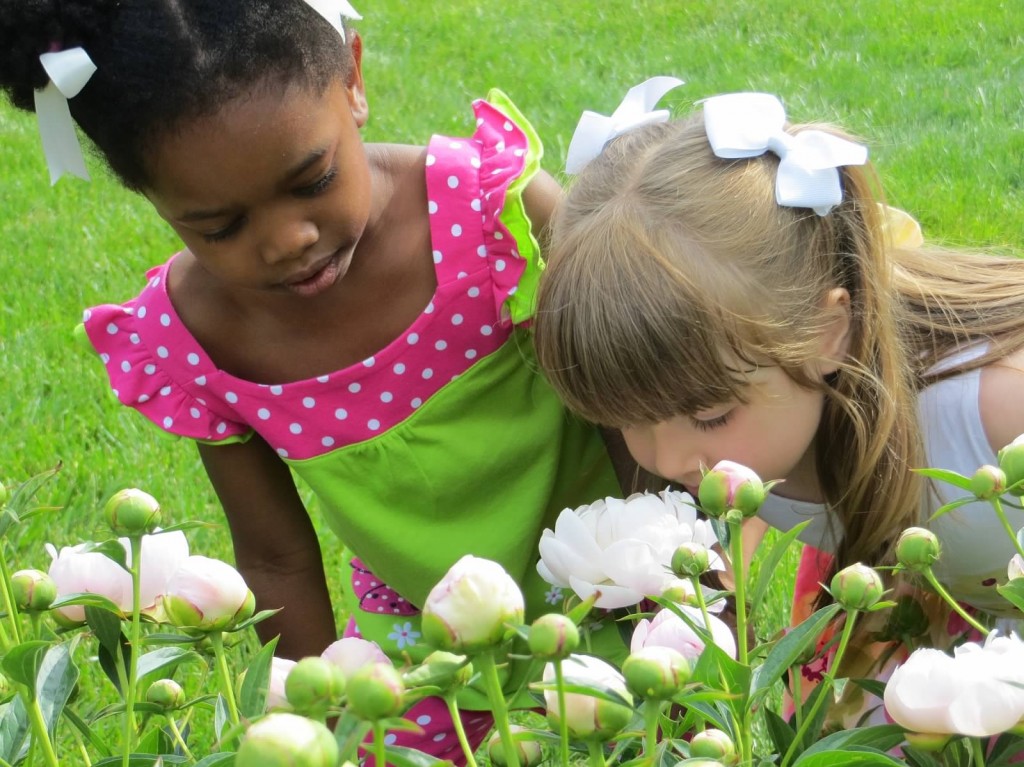 Another yearly favorite – smelling the peonies!

Megan Compton is the Adult Education Assistant at Lewis Ginter Botanical Garden. She enjoys spending time with her husband and children, gardening, reading and studying history.