A few words published in Sunday’s Richmond Times-Dispatch from the Garden’s President & CEO, Frank Robinson, captured it better than anything else:

It seemed an improbable uniting of people and place. A strikingly beautiful refugee from Southern Sudan, mother of 10, glowingly represented the Erie Art Museum (in Pennsylvania) as it received one of the national medals for “service to the community” from the Institute of Museum and Library Services. Through the art museum, Victoria transformed her traditional African dance into a full-time career in her new homeland to support her family.

We were on Capitol Hill in Washington, D.C., in the impressive and somber Cannon House Caucus Room. Cokie Roberts, the renowned journalist, was presenting the keynote address and handing out the 10 coveted awards presented annually by the IMLS and the White House. There was every reason for humility and serious reflection.

It was impossible to miss the tears of pride of the mother sitting in front of me as her son accepted the medal for his employer, the Madison Children’s Museum (in Wisconsin). Benjamin suffered a brain hemorrhage at 7. After years of surgery and learning to walk and talk again, his volunteering at the Museum resulted in his dream job — as a full-time visitors services associate, daily welcoming patrons, young and old alike. When we met later, his warmth and smile immediately showed how perfect he was for the role.

And then, there was Chris….. 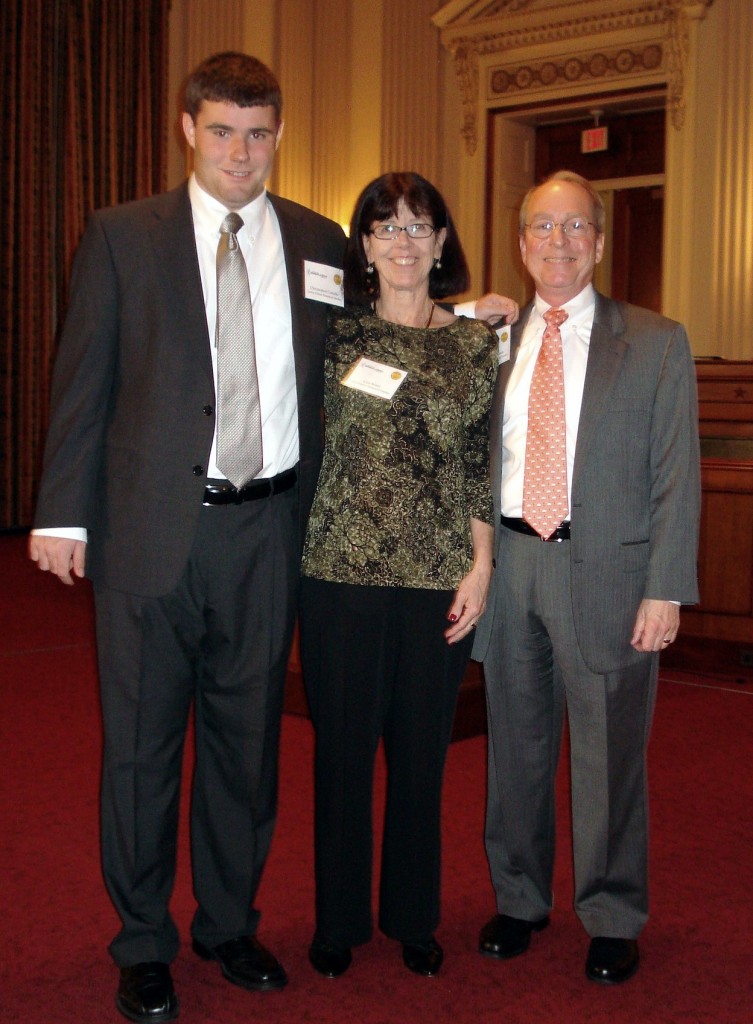 Chris is the Garden’s own volunteer who accepted the National Medal along with Frank Robinson & the Garden’s Chair of the Board, Bill King.  If you have time, click through and read the entire piece.  You’ll be glad you did.