Have you ever walked into a grocery store, spotted a tropical fruit and said, “I’m going to try to grow one of those!”? You’d have to be a bit of a visionary to think that you could, but you never know what is possible until you try. For Craig O’Der, Sr., it was a pineapple in a Dollar General Store in Martinsville, Va., that caught his eye. He was inspired to take on the challenge. First, he ate the sweet, prickly fruit, then stuck the spikey top part of the fruit in some soil. It grew. 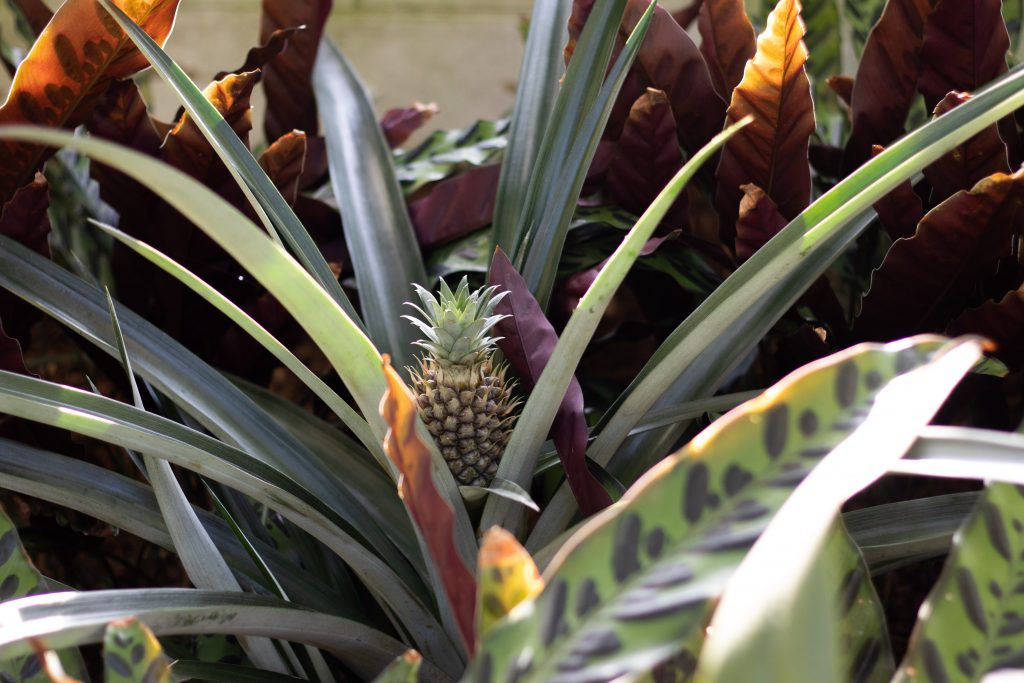 Two years later, when Craig moved to Richmond, he brought the tropical plant with him to his new home in Lakeside. You might say that Craig has a green thumb. The pineapple plant got bigger and bigger until Craig and his wife Kathy had to move it to the “Pineapple Room” in their house. The Pineapple room was the room with the best light for pineapples and, well, not much else. Craig said the plant had just gotten too big for him to manage and he knew it needed a bigger home. Craig and Kathy were walking through the Conservatory one day and had a thought. I bet you know where this story goes next. 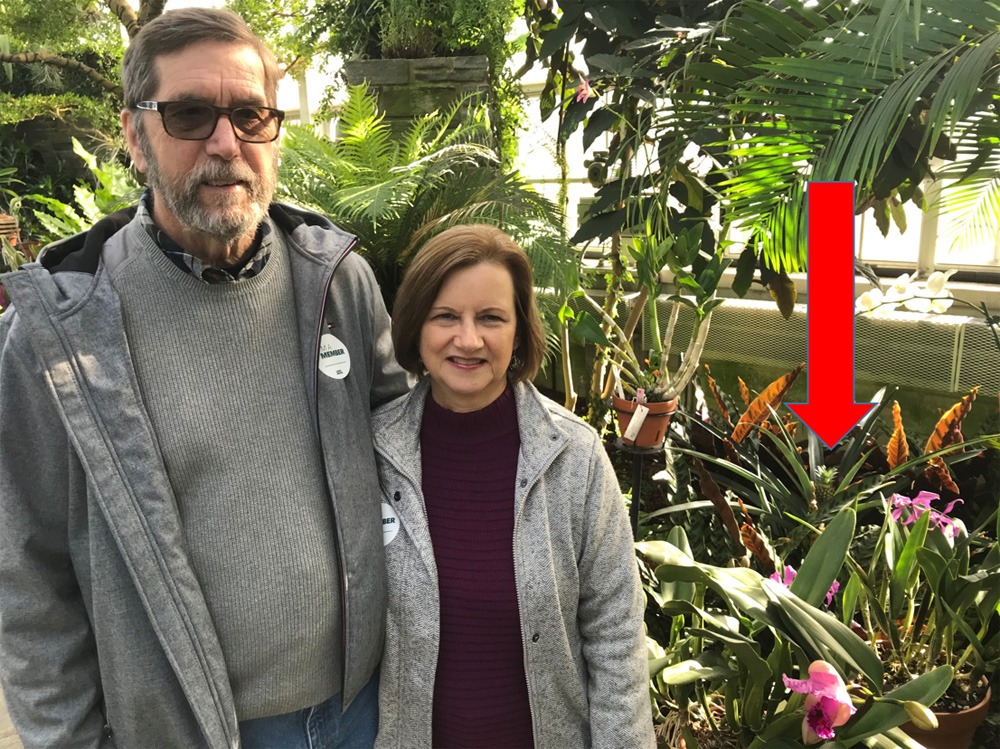 Here are Craig and Kathy O’Der and the well-loved pineapple.

“We were looking at the butterflies and I saw Ryan and I just introduced myself. I asked if they take donations,” Craig said. Ryan Olsen, the Conservatory Horticulturist said since we don’t have any pineapples right now, he’d be happy to take it. As soon as Ryan planted it, within a week he could see that there was a flower blooming and, shortly after, pineapple growing.  I guess the pineapple liked its new home.

“They’re really easy to grow it just takes a long time for it to fruit. You can just look it up on YouTube,” Craig said. 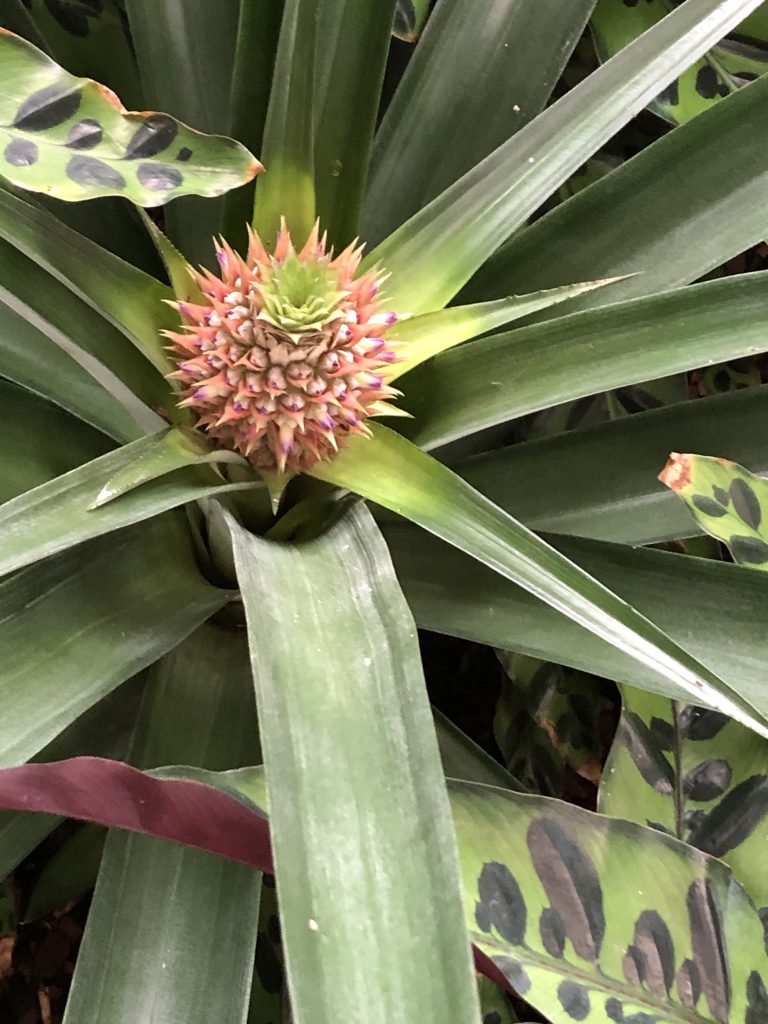 Isn’t it amazing that when it was new the pineapple was actually pink? Image by Craig O’Der.

When I asked Ryan about his new pineapple, he got pretty excited. You can tell how much Ryan loves his job by his frequent smiles and pure enthusiasm. I’m not sure if he loves the plants here or the people who come to visit them more.  Ryan mentioned that he’s become friends with Craig since the donation because he’s such a frequent visitor.

“We walk over and visit it every day,” Craig said. Unless it’s raining or there’s some other reason they can’t make it, they are here. “I really enjoy Ryan,” he says.

Did you know that pineapples are part of the Bromeliaceae family and, Ananas comosus, as the pineapple is known botanically, is not only wonderful to eat but also an interesting ornamental? It adds a nice texture and color to a garden and pineapples are just fun.

You’ll find Craig’s pineapple in the East Wing, the orchid wing of the Conservatory nestled in the sunshine just beneath the banana tree (Musa balbisiana ‘Black Thai’). But you’ll have to look carefully, as you can see in the image above, it’s a bit small and well-camouflaged.

“Ryan and I decided that when it does get big enough he and I will split it,” Craig says. 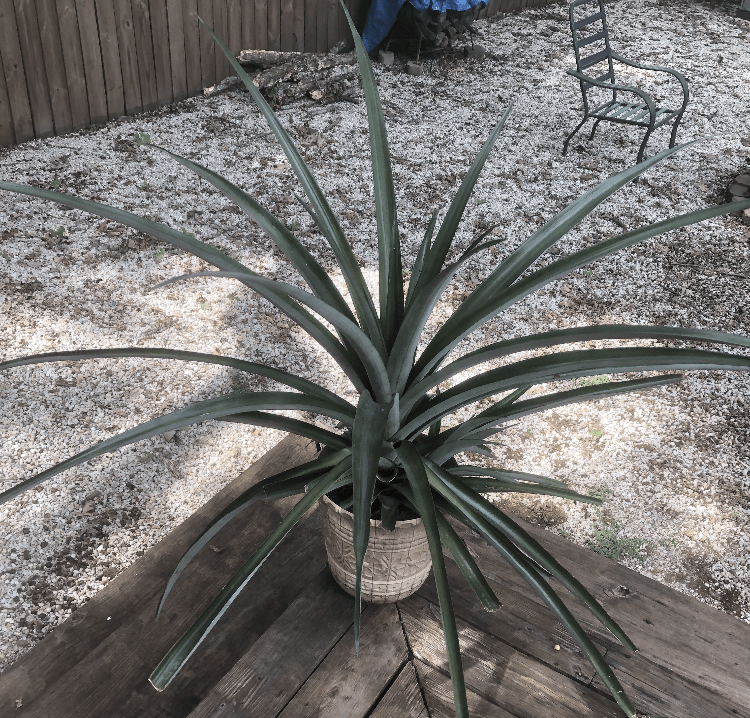 “We were getting the pineapple one day and I wanted to see if I could grow one,” says Craig O’Der. Here’s what it looked like shortly before he brought it to Lewis Ginter. Image by Craig O’Der.

Craig and his kids originally gave Kathy the Membership to Lewis Ginter Botanical Garden for a Mother’s Day gift the year before last. Kathy says, “We loved it so much we renewed last year….. We loved it so much that we got our two kids who live in Richmond memberships this year for Christmas. We all came on New Year’s Day to enjoy the lights together. It was fun!”