Power of the Pharoahs 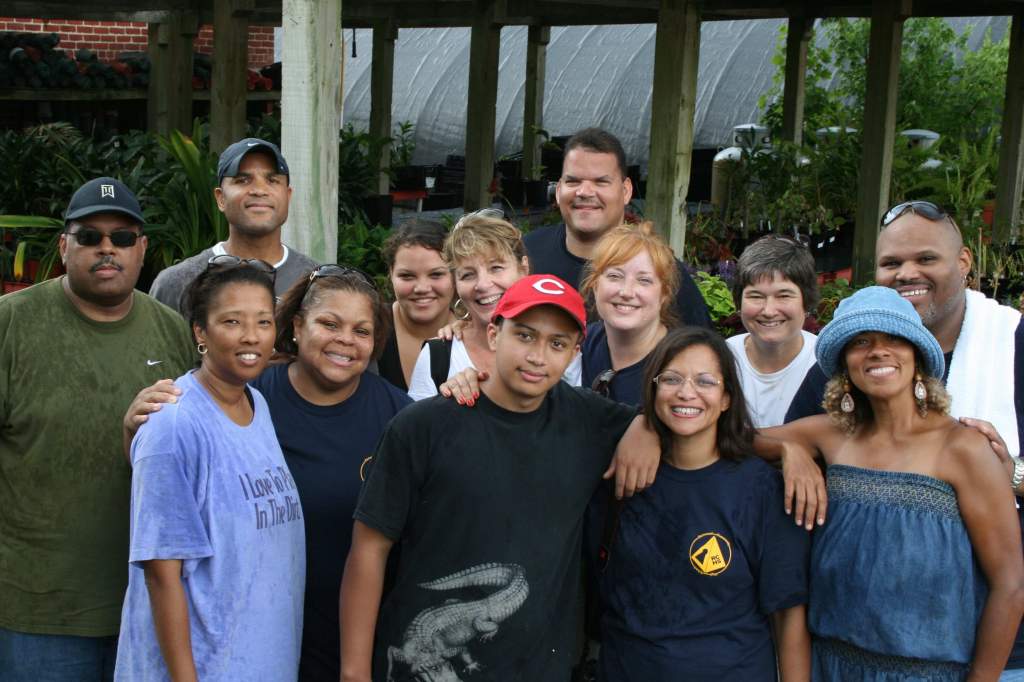 Alumni from Richmond Community High School came out to the Lewis Ginter Community Kitchen Garden last Saturday. They helped propel the garden forward by weeding, feeding, and harvesting.  This was one of the happiest and most supportive groups of people I’ve ever been around, and you can see it in their faces.

The award-winning Richmond Community High School is a success story. It was founded in 1977 as America’s first full-time, four year, public high school for academically talented students primarily from minority and low-income families. In its first two years, it operated within the performing arts building formerly known as the Richmond Mosque (now Richmond’s Landmark Theater.) In a prescient move considering the success of alumni, the school’s mascot is “the Pharoahs”.