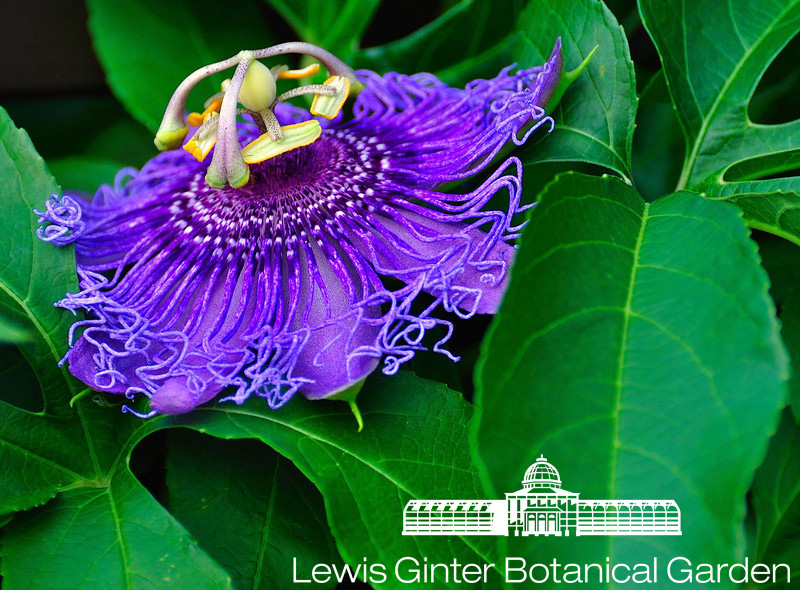 The showy purple passion flower (Passiflora incarnata) is a rapid-growing vine that serves as a host plant for butterflies. Photo by Don Williamson photography

The world of vines offers yet another benefit that gardeners sometimes overlook: flowering vines attract nature’s pollinators. The planting of flowering vines is an attractive and inexpensive way to entice birds and insects to stop by, enjoy sweet nectar and liven up your landscape in the process. Numerous flowering vines can thrive in our zone 7 region, including the following.

One of the most common and popular flowering vines is the morning glory (Ipomoea pupurea). Its splendid flowers in shades of blue, purple, pink and white are magnets for native butterflies and hummingbirds.

Another member of this botanical family is moonflower (Ipomoea alba), a night-bloomer whose dramatic flowers typically open from early dusk to dawn. The pearly white blossoms exude a heavenly fragrance that enchants nighttime visitors, including nocturnal moths.

Similarly, honeysuckle (Lonicera) is pollinated primarily by moths. Its blooms’ heady perfume also attracts butterflies and bees, while later in the season its small fruits serve as food for wildlife.

A favorite of hummingbirds is trumpet vine (Campsis radicans), which vigorously spreads across arbors, up poles and along fences. Hummingbirds have no sense of smell, so they’re enticed by this vine’s brilliant red-orange trumpets of nectar.

The hardy clematis (Clematis) features spectacular flowers that range the gamut of shapes, sizes and colors. This fragrant climber grows quickly and beautifully, attracting butterflies and hummingbirds—as well as photographers.

Use caution when planting vines

Native species of vines typically are not aggressive, but some non-native varieties take over an area if allowed to spread. Always check a knowledgeable source about the species’ origin and growth habits, and carefully prune and contain non-native plantings when appropriate. Remember that mature vines also can damage buildings over time by holding moisture, harboring insects and penetrating cracks in masonry.

Editor’s Note: This article first published in the Richmond Times-Dispatch, in July 2012.