Shhh, the Librarians are Coming! 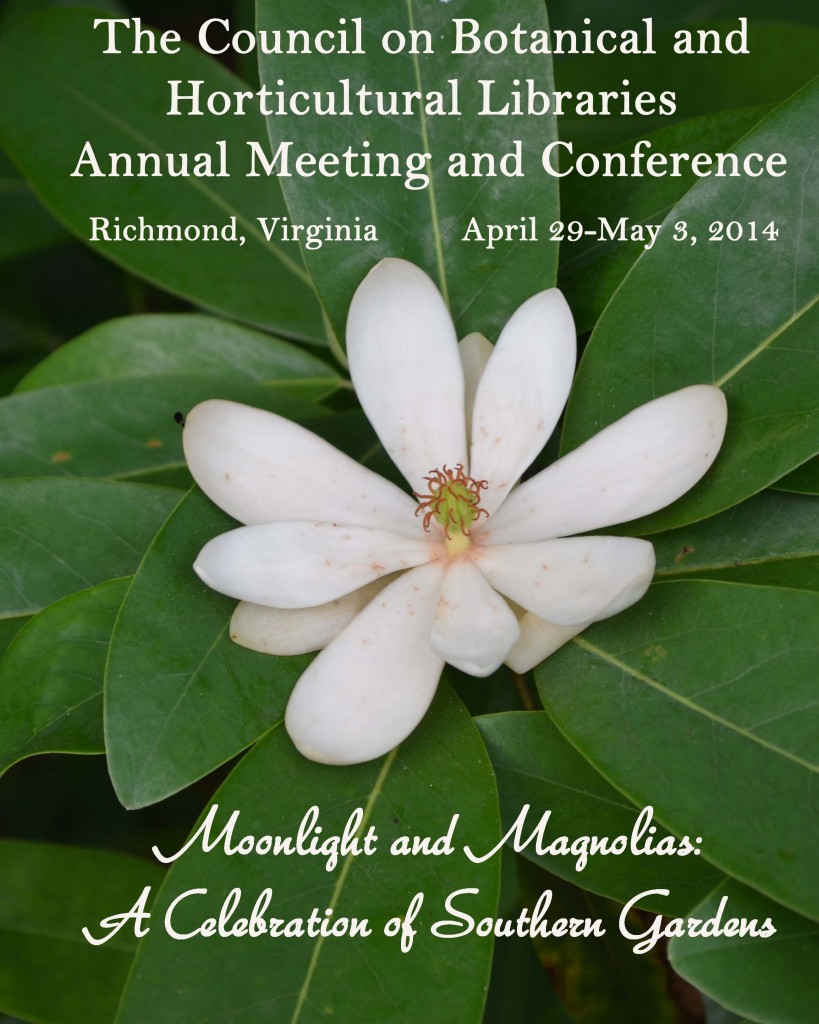 Lewis Ginter Botanical Garden is hosting 50 librarians from all over the United States and Canada for the annual meeting of the Council on Botanical and Horticultural Libraries. The conference dates are April 29-May 3 and our theme is Moonlight and Magnolias: A Celebration of Southern Gardens. Highlights include an entire day spent at Lewis Ginter on Wednesday, plus tours of Maymont, the State Capitol, and the Kent-Valentine House. If time allows we will drop in at the Lewis Ginter-built grand Jefferson Hotel Richmond, and we hope to see the Gillette Garden at the Governor’s Mansion. Topics for discussion and learning include the Biodiversity Heritage Library, with presenter Bianca Crowley, and the collections of the Archives of American Gardens (part of the Smithsonian Institution) with Cindy Brown. Members will present on a variety of topics pertaining to current events in their own libraries. While at Maymont, Director of Horticulture Peggy Singlemann will tell us how Major and Mrs. Dooley created one of the most popular destinations in Richmond. At the Library of Virginia we will view the Flora of Virginia exhibit and explore a tiny portion their vast collections. There is time for fun too as we will get dropped off in Carytown with a restaurant map so everyone can seek out his or her food of choice. Our keynote speaker on Wednesday morning is Frank Robinson, our own CEO and chief Garden storyteller, and our banquet speaker on Friday night is Dean Norton, Director of Horticulture at George Washington’s Mount Vernon. Some members will elect to take a tour of Colonial Williamsburg on Saturday, or stay in town for a tour of Richmond historic locations.