The Case of the Vintage Fire Hydrant

On my first day at the Garden, I passed what I thought then was a bonafide Cold War bomb shelter.  I recalled those black and white photos from high school textbooks of underground fortifications, and I envisioned tuna fish cans from 1957 stacked neatly on supply-shelves, a battery-operated Geiger counter, and woolen blankets. 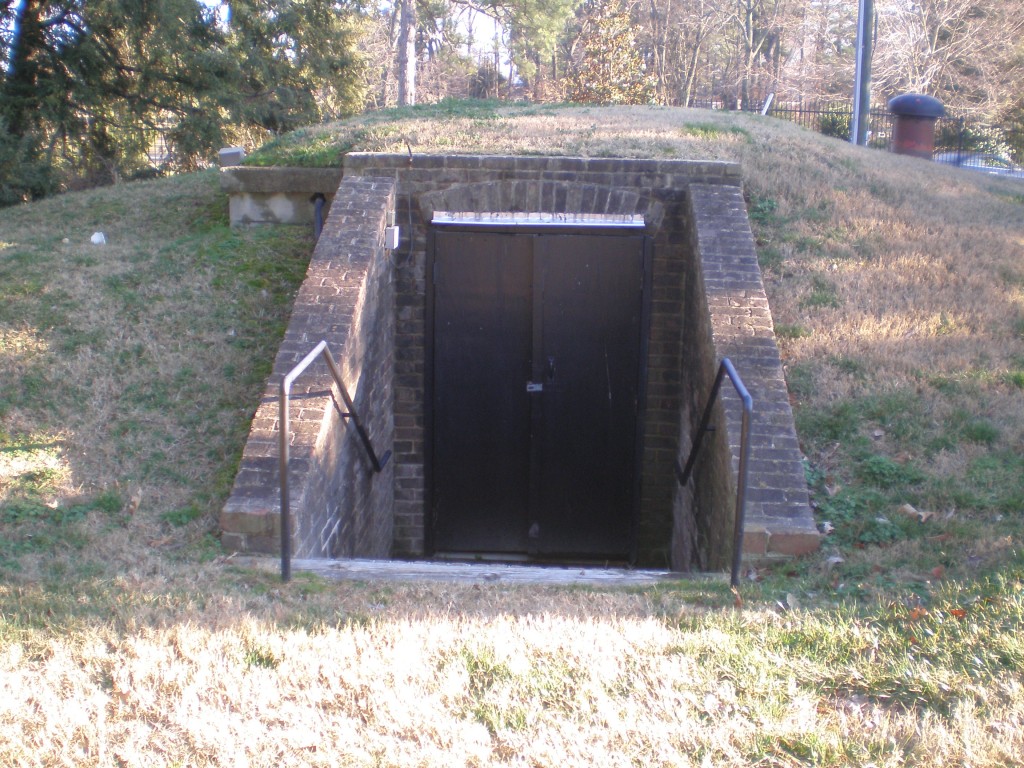 “The Bunker” aka the utility structure for water and electricity

Alas, I was mistaken.  The “bunker”, as it is referred by Garden staff and volunteers, is actually a buried utility structure for water and electricity, dating to approximately 1990 (there go my sleuthing skills … what do I know!).  But, as with many things in life, my thwarted bomb-shelter-investigation reaped reward nonetheless, as it led me on a different journey to other Garden vintage treasures of historical significance.  Most telling, however, is that it afforded me the experience of meeting and seeking the expertise of many.

On an unseasonably warm winter day in November, just prior to Dominion GardenFest, I perused “Wildside Walk” in awe of not only the balmy weather and the beautiful greenery, but also historic Bloemendaal House, and more specifically, the terraced woods behind it.  As I admired the artistic, inlaid stone steps, I noticed the tiniest vintage fire hydrant to the right of the house – in the leafy area along the walk. 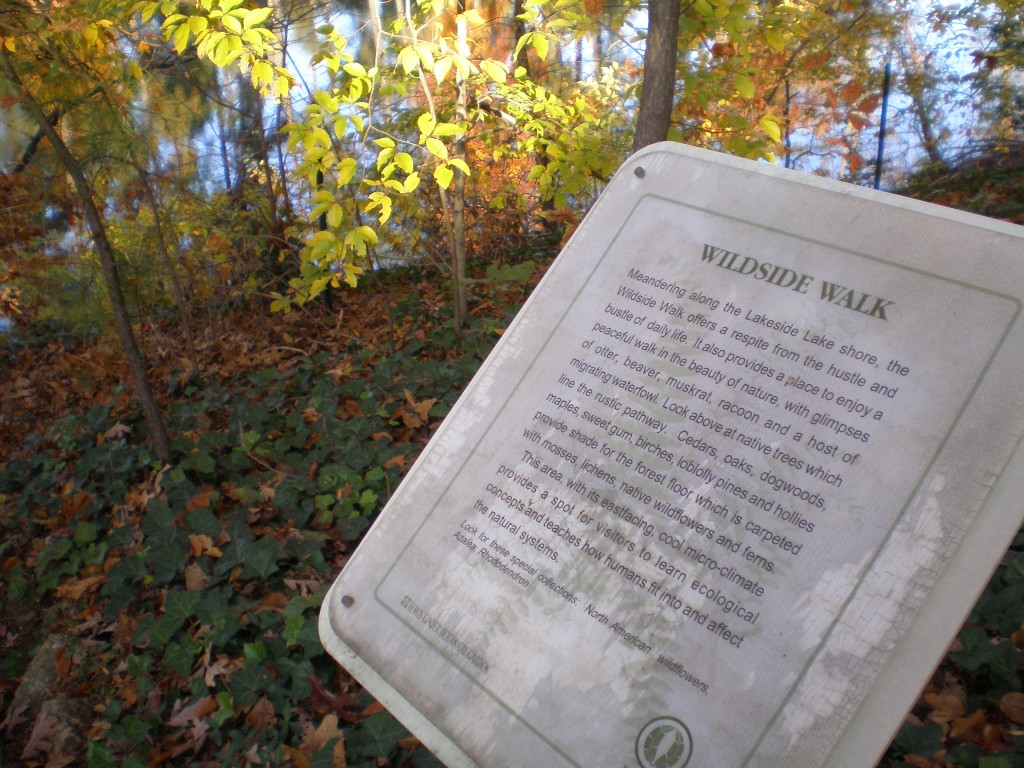 Honestly, the little fire hydrant was only one in a number of historical curios I’d mentally taken note of — multiple concrete pillars along the access road,  turnaround for the original Richmond Trolley line on the property near the dam, the mention of squatters inhabiting the house itself in the 1970’s (the transitional period between the death of Mary Garland Smith and the acquisition by the Garden foundation).  And, the piece-de-resistance, the carriage house water tower – an engineering feat implemented in the early twentieth century by the progressive Grace Arents.  The more I inquired, the more there was to explore. 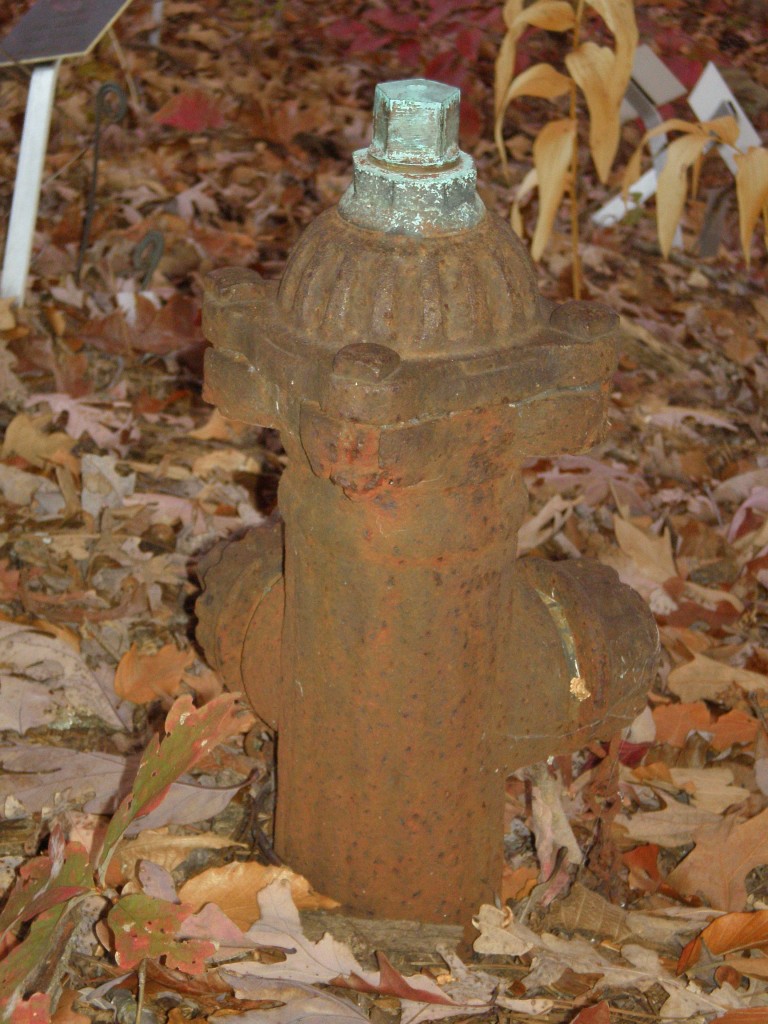 From: Lucy Coggin (Group Tour Developer, over 12 years at the Garden)

The hydrants may have been part of a water system which involved the water tower above the Carriage House.  Oral history has it that the metal tank was cut up for scrap during WWII.  It is possible to walk up into the tower ….  It’s kind of scary….

From: Frank Robinson (President and Chief Executive Officer, 20 years at the Garden)

You are on the right trail for the hydrants and water tank.  This was remote territory in the early 1900’s.  The hydrants were for fire protection, and possibly for irrigation of the vegetable garden that fed the children during the years when this was a sanatorium.  Grace Arents was a progressive woman.  Water [was] pumped from the wells into the elevated tank [to] provide both storage and water pressure.  The tank was used for the war effort in the 1940’s.

“In 1913,  [Grace Arents]conceived the idea of a convalescent home in the country for sick infants who might benefit from the fresh air.  To realize her dream, Miss Arents purchased the abandoned Lakeside Wheel Clubhouse and its approximately 10 acres from the Lewis Ginter Land and Improvement Company.  The structure was remodeled in the Dutch colonial style and named Bloemendaal Farm after a small village in the Netherlands which was the Ginter ancestral home.  The translated name means “flower valley.”  The roof was raised to provide a second floor of bedrooms, a classroom, a library and a playroom for the sick children.” 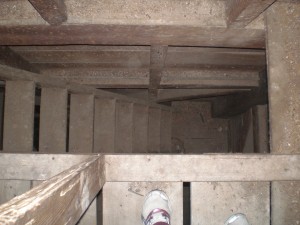 Looking Down the Tower Steps 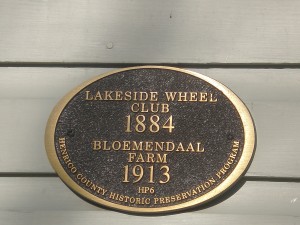 Upon request, Shane Tippett, Executive Director and over 8 years at the Garden, was an energetic tour guide of the water tower and carriage house.  As projected, our forty-ish foot climb up the narrow tower steps proved that the water tank is indeed gone, but we were pleasantly surprised by a row of (carrier?) pigeon lofts — some coops still containing straw nests and telltale remnants of bird droppings from who-knows-how-long-ago.  We enjoyed the natural beauty of the thick, seasoned wooden planks and cathedral ceiling and then followed the chimney down, through the carriage house, to where we believe coal was delivered and shoveled.  The black silt on the floor I justified as hundred-year-old coal dust. 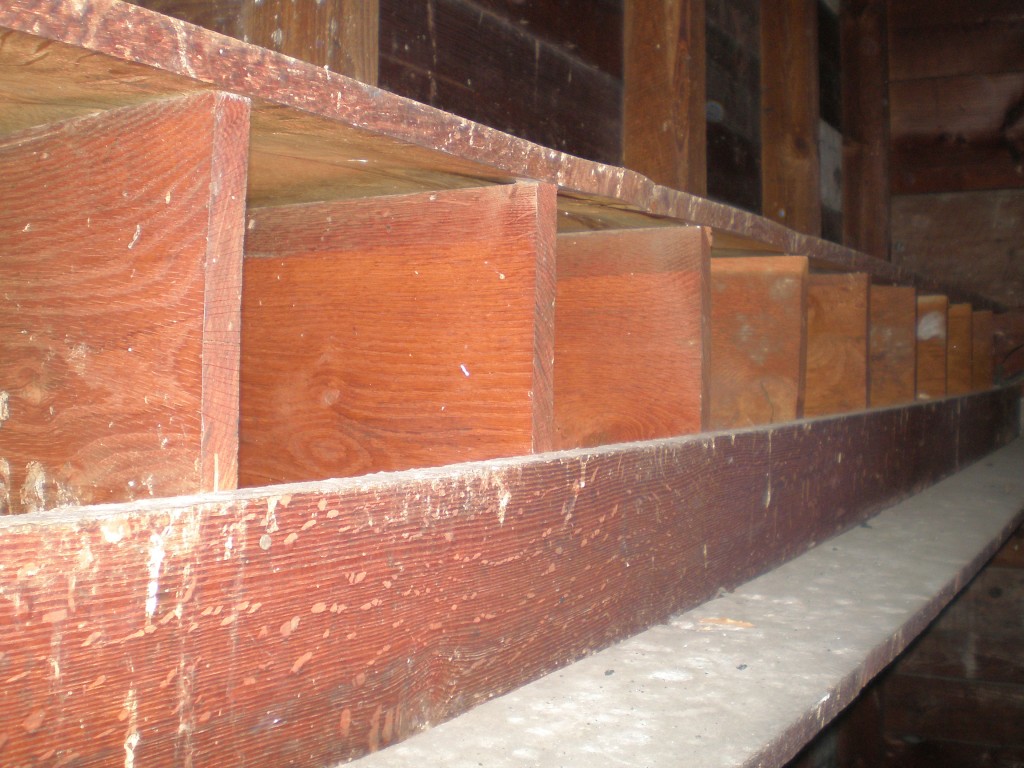 During parting conversation, Shane, who seems to share my historical affinity, attests to noticing period details throughout the Garden property, such as leaf patterns on some of the older concrete walks that he suspects date to the days of the Lakeside Wheel Club (a mid-1890’s bike club).

A wise Geneology instructor once told me that ancestral research is a vocation with no “finish” — the delving will never be done.  And so too are the historical threads that comprise the Garden and the legacies of Lewis Ginter and Grace Arents.  When I search for that trolley turnaround, I feel the presence of Lewis Ginter.  When I look upon the little fire hydrant, I see something of a forward-thinking Grace herself and her vision.

My mother will tell you that I was hooked on Nancy Drew during the critical elementary and middle school era of my life.  I dabbled in the Hardy Boys as well, but Nancy was the draw.  So, in keeping with the  theme, I have many to thank:  Elizabeth and Lucy – the Bess and Jo to my “Nancy”, Shane and Frank – a.k.a. Joe and Frank Hardy, and the innumerable other supporting characters, including Children’s Garden Manager Kelly Riley, PR & Marketing Coordinator, Jonah Holland, and Director of PR for the Garden, Beth Monroe.  My time as an intern at the Garden closes with this blog, so allow me to pass my torch of curiosity to the next explorer aka intern — may they dig deeper and discover more.

A small body of determined spirits fired by an unquenchable faith in their mission can alter the course of history.
Mohandas Gandhi

Learn more about Lewis Ginter, Grace Arents, and the history of the Garden at:
Lewis Ginter Botanical Garden History page
Richmond Then and Now
“The Invisible Philanthropist”