The Down Side of Downy Mildew 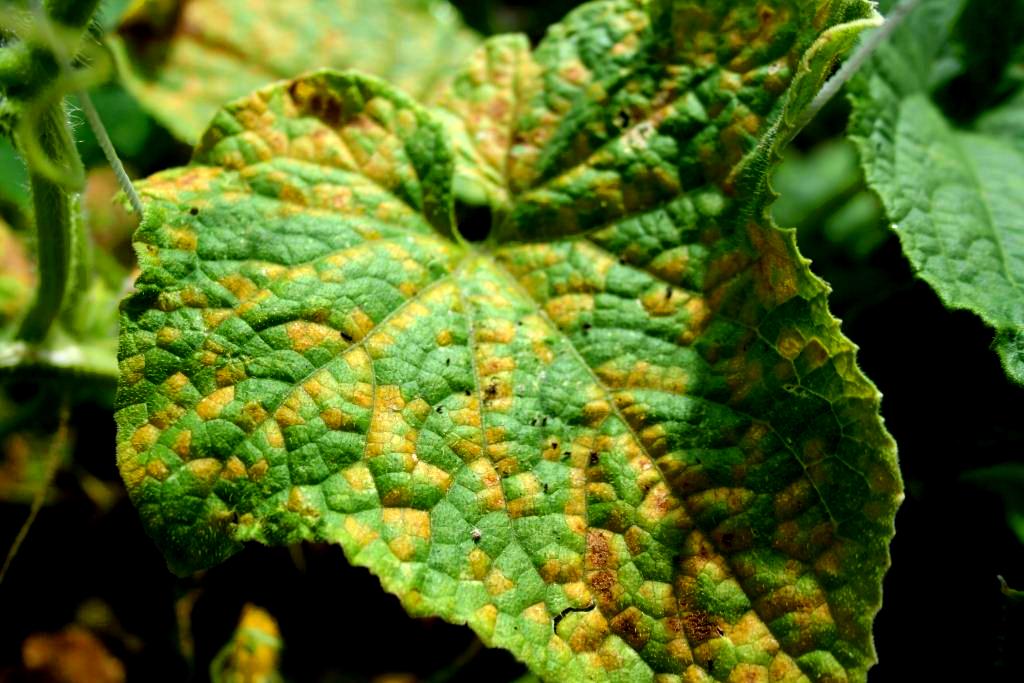 Yellow and green mottled leaf of a cucumber plant. photo by Brian Vick

Like any vegetable garden, the Community Kitchen Garden here at Lewis Ginter has its fair share of pest and disease problems.  I’m the Community Kitchen Garden Research Intern for the summer, and wanted to share with you a behind-the-scenes look at disease and pest control in a large scale production community garden. Here at Lewis Ginter, we have a goal to grow 10,000 lbs. of fresh veggies for the local foodbank, FeedMore — so early detection and correct identification of diseases and pest activity is critical.  Especially since we’ve made a commitment to gardening with integrated pest management as much as possible, and as many organic practices as we can.

This season we lost some of our cucumber crop to downy mildew.  The first sign of trouble came in the form of yellow and green mottling of the leaves, a symptom also reminiscent of mosaic virus.  Brian Vick, CKG Coordinator, also considered diseases like anthracnose and alternaria, but besides the mottling our plants did not show the correct symptoms for any of these other diseases.  We considered downy mildew as a possibility but were not convinced because the bottom surface of the leaves didn’t show any sign of fungus. 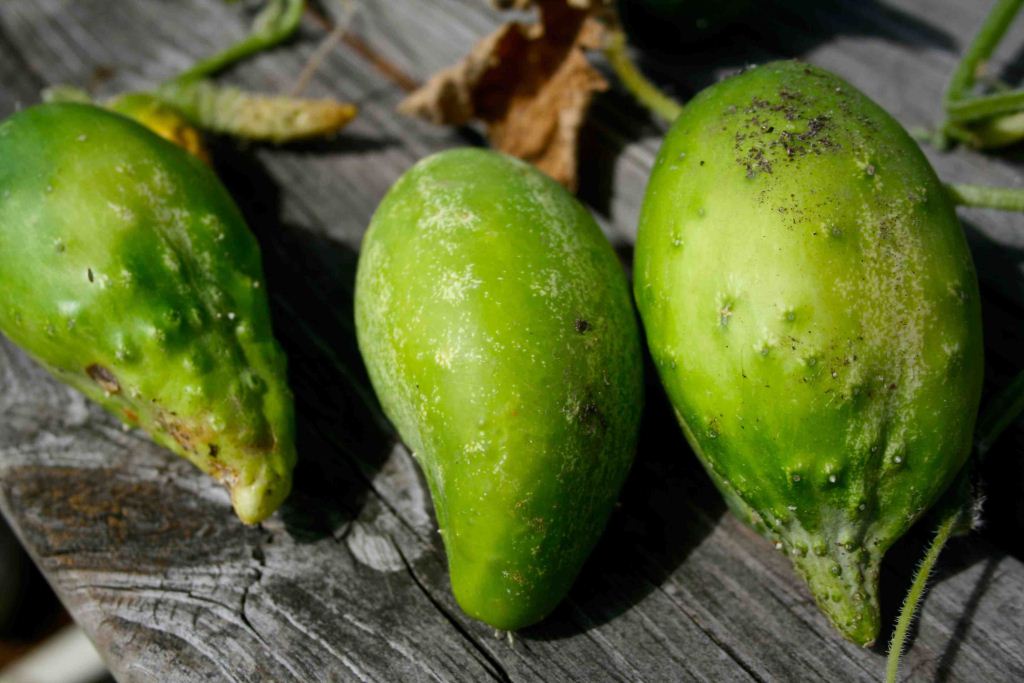 Brian decided this was a case for Mike Likins, a plant pathologist at the Chesterfield Extension Agency of the Virginia Cooperative Extension.  A sample leaf was examined under a microscope — low and behold downy mildew was our culprit.  This disease is caused by an  oomycete pathogen and is more like algae than true fungi.  It causes a thin layer of light-colored fungus to appear on the bottom surface of affected leaves, which in some cases like ours can be microscopic.  Downy mildew rarely affects the fruit, but it can cause dwarfing and poor flavor.  A small percentage of our cucumbers were dwarfed.

A few enthusiastic volunteers helped us to pull up the plants that looked the worst, but thankfully we still have a plants that are hanging in there.  This disease can eventually kill the host plant, but since this strain of downy mildew only affects members of the cucurbit family we will leave the rest to see how much more they will produce.

If we were dealing with a disease like cucumber mosiac virus, the best thing to do would have been to pull up all infected plants and destroy them immediately.  CMV has a extremely wide host range and can not only spread to other cucurbit members, but to other veggies like beans, spinach, carrots, etc. and to weeds and ornamentals as well.

There are a few different ways to prevent downy mildew problems.  Disease-resistant or tolerant cucumber cultivars such as Lucky Strike F-1, Marketmore 86, and Green Dragon will help decrease the chance of an infection.  Also, ensure proper cultural practices are used such as maintaining proper plant spacing, amending soils to ensure good drainage, and planting crops in full sunlight.  Overhead watering should be avoided to keep the leaves from remaining wet.  There are also protective, curative, and organic fungicides to help gardeners and commercial growers keep their mildew problem in check.