These Blooms will Transport You to the Tropics! 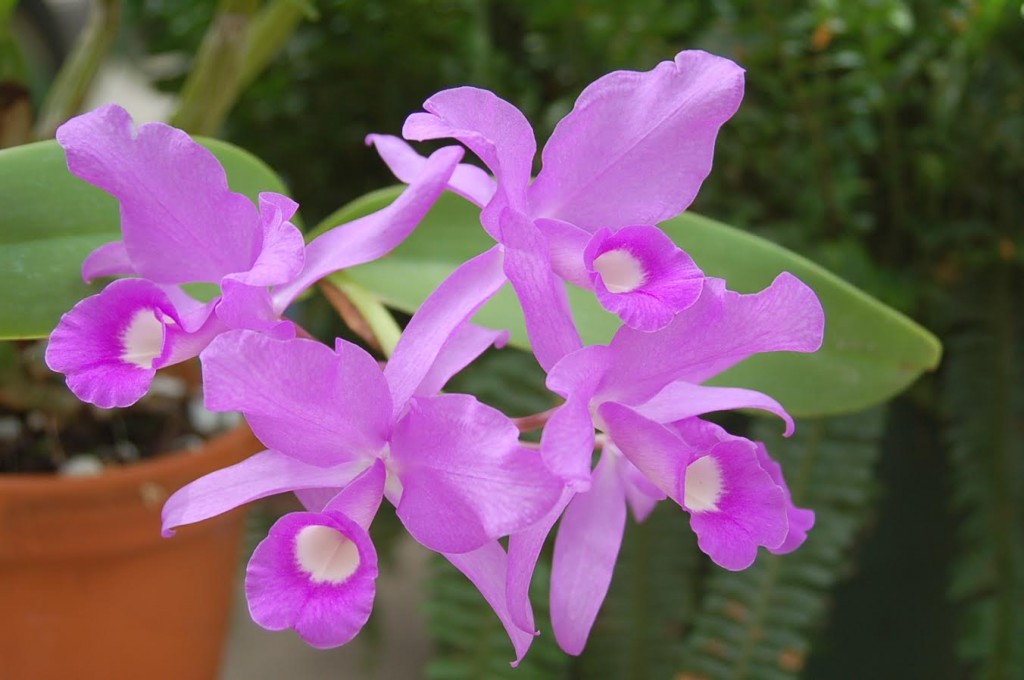 When polar temperatures put Central Virginia in a deep freeze, there’s one plant that can reliably transport you to the tropics: orchids!
March is orchid month at Lewis Ginter Botanical Garden, and we’ve upped the WOW factor by featuring orchids in the Dome House and East Wing of the Conservatory, including rare specimens on loan from Dr. Arthur Burke and Patti St. Clair.  Visit often during the month to see what’s new, including corsage orchids such as Guarianthe skinneri,  Rhyncholaeliocattleya Genevieve Kellogg, and Rhyncattleanthe Yellow Imp ‘King’s Cup’ (these three donated to the Garden by Dr. Burke) also don’t miss Cattlianthe  Gold Digger ‘Orchid Jungle’ HCC/AOS and Cattlianthe Fire Island ‘Fiery’ HCC/AOS  and a variety of breathtaking Phalaenopsis  hybrids (moth orchids) and Paphiopedilum hybrids (slipper orchids). 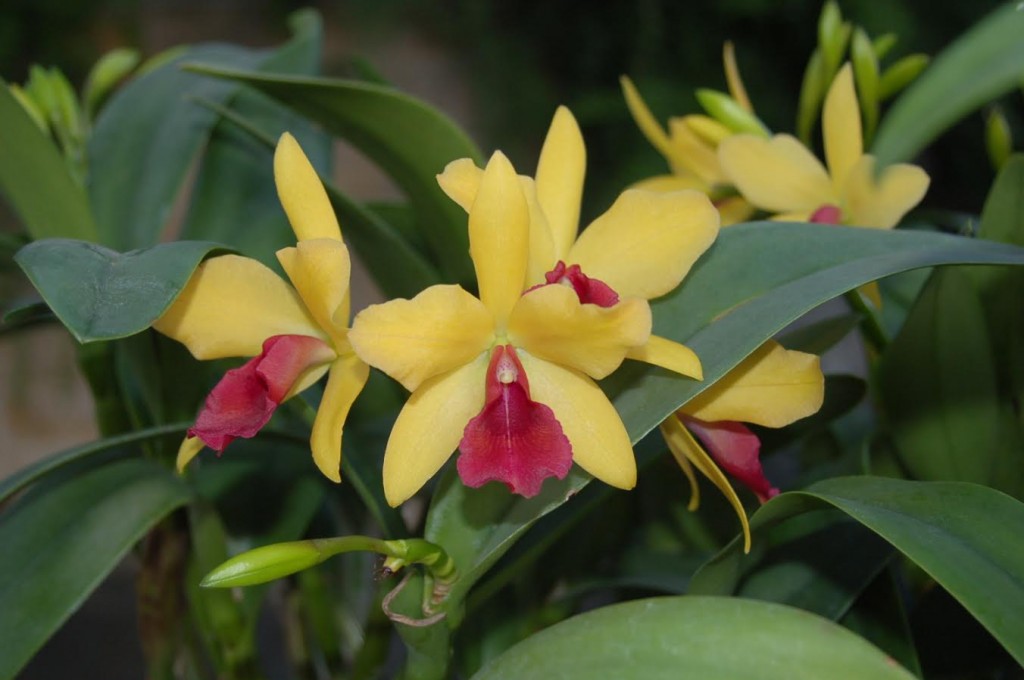 If you’d like an overview of orchids, or need to brush up your orchid knowledge, there’s  Orchid Immersion Day on March 15.  Tom Purviance and John Salventi, founders and former owners of Parkside Orchid Nursery near Philadelphia, present a full day of orchid-related topics.  They encourage registrants to bring an orchid for evaluation, discuss what makes an orchid an orchid, the finer points of growing them under lights, how and when to repot, and more.  They have more than 36 years of experience in growing prize-worthy orchids and have appeared on national TV on the Martha Stewart Show!  They regularly teach orchid workshops and classes at Longwood Gardens, and now have a website and business presence as Everything About Orchids.  Come, and we give you morning coffee and a delicious lunch, too! Want more detail? Here’s the full agenda. There a still a few spots left, so register now.

Also on March 15, the Virginia Orchid Society will have orchids for sale in the Robins Visitors Center atrium (you do not have to be enrolled in Orchid Immersion Day).  John and Tom will have some selected plants available also. 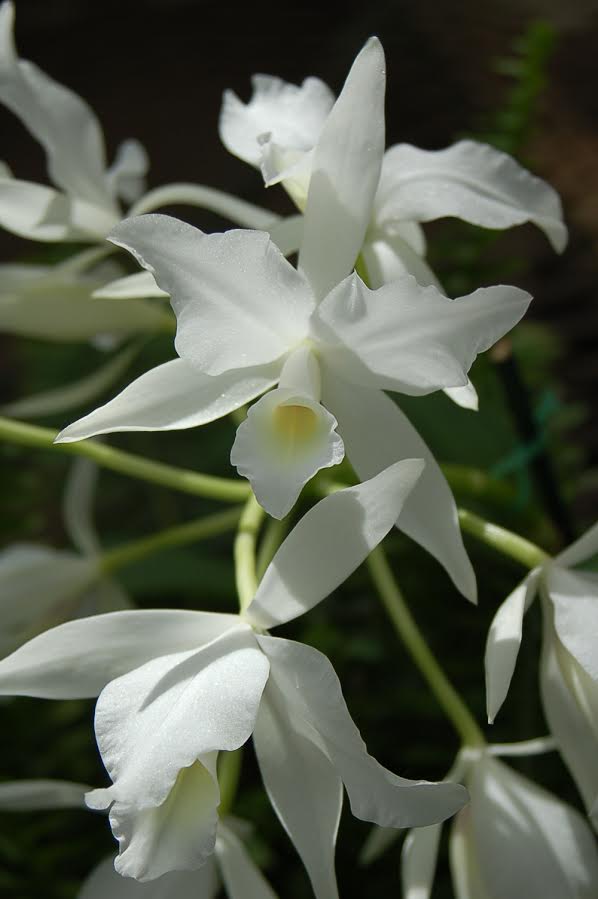 On March 18, take advantage of rescheduling caused by the recent weather unpleasantness, and join Garden Conservatory horticulturist Karin Stretchko and greenhouse horticulturist Laurel Matthew for Ginter in the Morning, where they take you behind the scenes in our newly renovated greenhouse and show you how the spectacular public orchid displays are put together.

Come for Orchid Immersion Day, find an orchid at the Virginia Orchid Society Sale, join the March 18 tour (free for Members), or simply savor a mini-escape to the tropics during March! 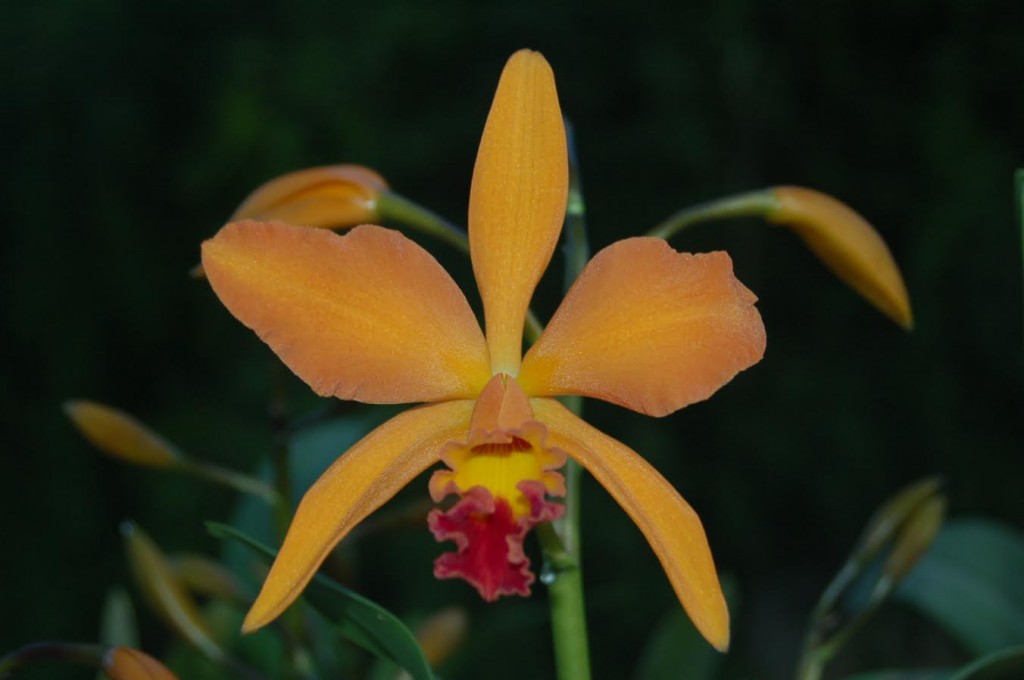