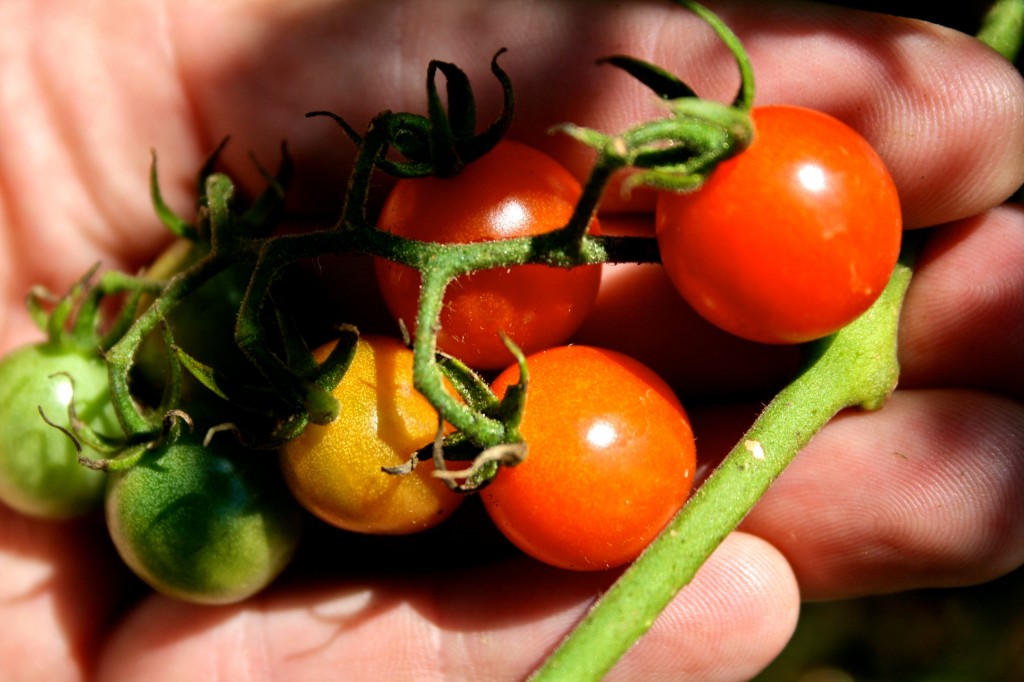 80,000 cherry tomatoes? That’s no hyperbole. Well, it’s only minimal hyperbole, because 79,800 is the actual estimated count of cherry tomatoes harvested in the Lewis Ginter Community Kitchen Garden so far this summer.  As of September 4th, we’ve delivered 665 lbs. to FeedMore to contribute to their Meals on Wheels, Kids Cafe and Summer Feeding Programs. We recently assessed a one pound sample of the harvested cherry tomatoes, and counted 120 in that pound. That’s how we derived our estimate.

Feedmore uses the cherry tomatoes in side salads (the kids love them) and in cooked entrees. Just imagine, if each side salad included five cherry tomatoes, we’ve contributed to nearly 16,000 salads! While that sounds like a lot, the need is tremendous. Feedmore prepares 2,000 or more meals each day. It may be fatiguing to think about harvesting 80,000 cherry tomatoes, but “many hands make light work.”  Between the individuals and special interest groups who have volunteered with us through HandsOn Greater Richmond, the large area employers sending teams, and our own home-grown Lewis Ginter volunteers the Community Kitchen Garden receives the physical assistance it needs to be successful.

The Jasper cherry tomatoes are starting to fade, but are still producing. In addition, this summer the teens in the Lewis Ginter Youth Volunteer Program planted six Cherry Gold tomato plants, and they’re currently loaded with little green tomatoes just beginning to ripen! 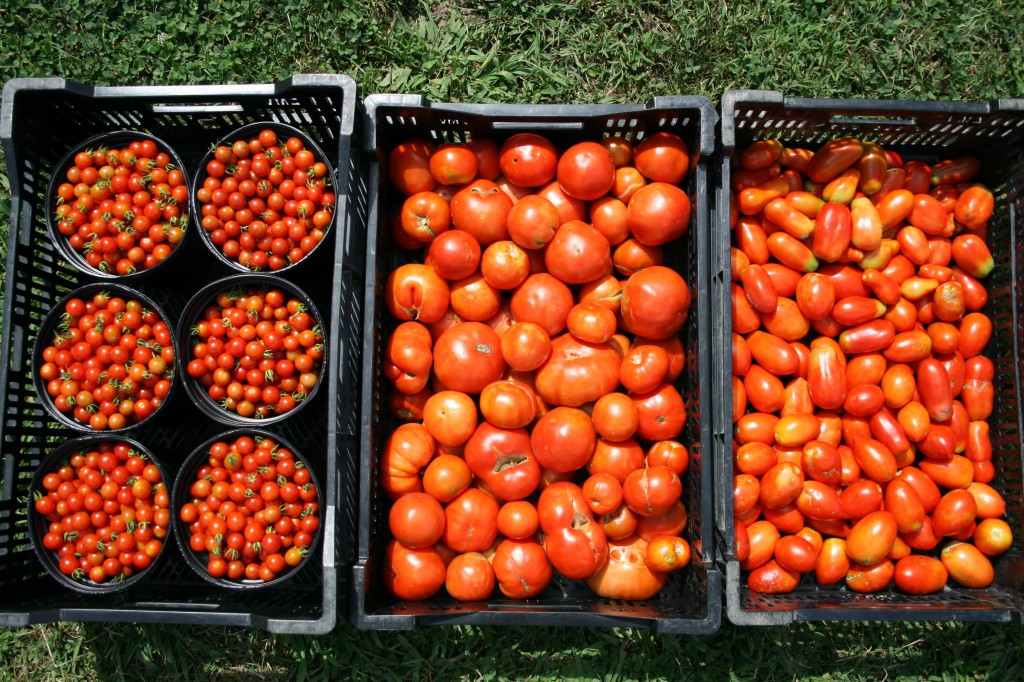 We grew cherry tomatoes, Big Boy and beefsteak “slicing” tomatoes, and Romas. We had a disappointing season for the slicing tomatoes, with periods of too much moisture, too much heat, a large population of fruit worms.