Breakfast on a Stick, or the “Perfect” Weed?

We’ve allowed this Amaranth plant to mature – so far –  in the Lewis Ginter Community Kitchen Garden, adjacent to the cucumber patch. We wanted to determine exactly which variety we had – a “grain” amaranth or just the “weedy” variety.

In the U.S., there are primarily two varieties grown as a grain source: Amaranthus cruentus and Amaranthus hypochondriacu (no kidding). Both of those varieties have a red, orange or purple flower head. Our flower heads are still green, and even though full maturation doesn’t occur until Fall, I initially thought this indicates we probably have Amaranthus Retroflexus – aka Redroot Pigweed. But… something stuck out – literally: the extreme length of the panicles, as shown in the photos below. (Panicle: a compound racemose inflorescence, or otherwise described as a pyramidal loosely branched flower cluster. *) We have a Palmer Amaranth (Amaranthus palmeri). According to the Virginia Tech Weed Identification Guide,  Palmer Amaranth is often confused with other similar pigweed species.  However, no other pigweed species have terminal panicles that reach 1 1/2 feet in length. See the photos.

So apparently we have raised the “perfect weed”. Palmer Amaranth is highly undesirable to farmers in the south & southwest, because it has become almost completely resistant to glyphosphate (aka Roundup), and other herbicides. According to North Carolina weed scientist Alan York, “It has very efficient carbon fixation, it is water-use efficient, and when it is hot and dry and crops are struggling to hang on, it’s very happy. It grows an inch or two a day. When it comes into a field, if you aren’t careful, it’s going to become the predominant weed.”**

This beautiful specimen is headed to the compost heap soon. Oh, you may ask why I used the “Breakfast on a Stick” headline. It’s just the primitive, goofy notion of letting the seed heads dry, then shaking the grain into a bowl & adding milk. 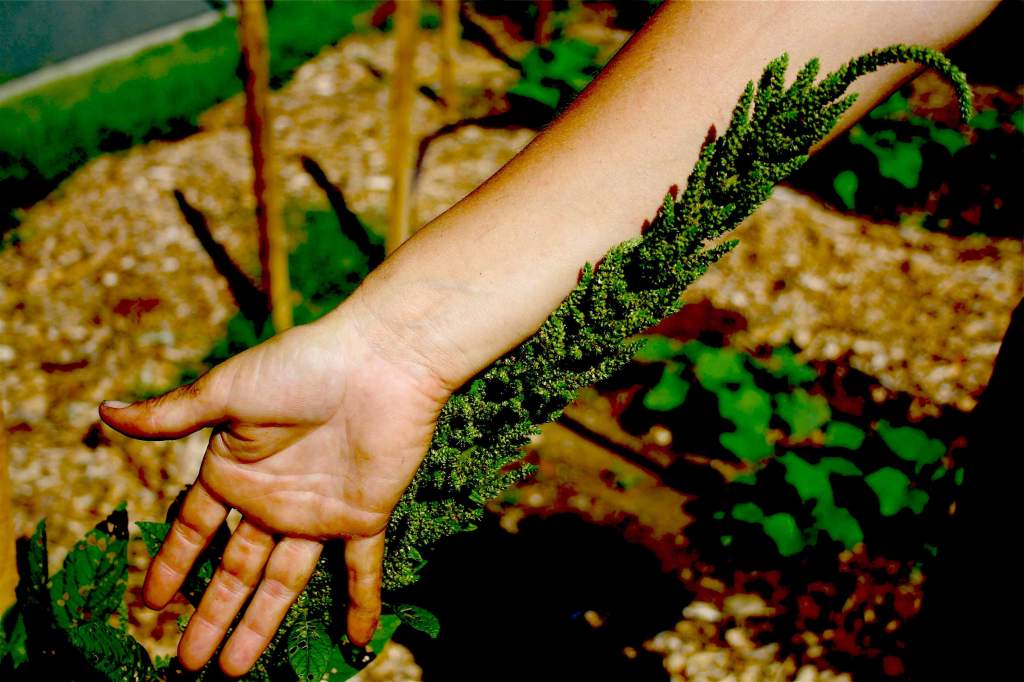 Erin provides another illustration of the length of one of the lower-hanging panicles. 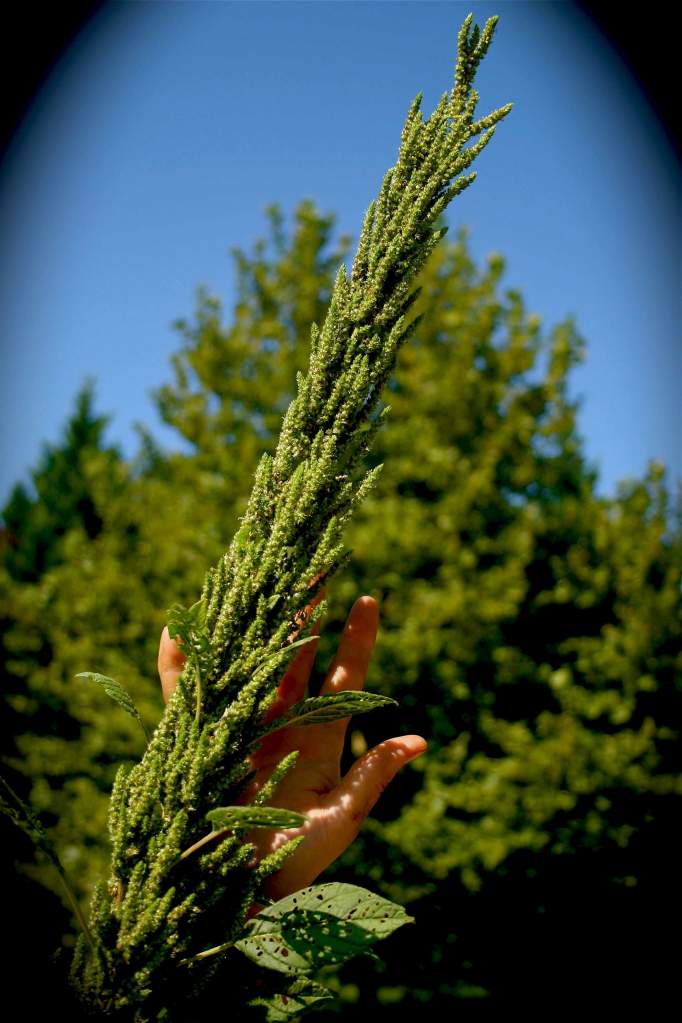