Cycling in Richmond in 1898 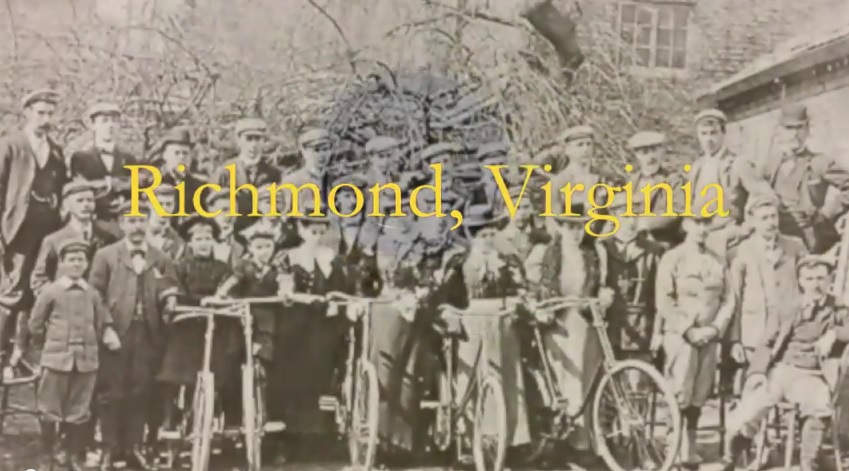 Ever wonder what cycling was like in Richmond in 1898? In preparation for hosting 2015 UCI Road World Championships​ we made this video to give you an idea of what it was like when cyclists rode from the Jefferson Hotel out to the Lakeside Wheel Club (now called Bloemendaal House at Lewis Ginter Botanical Garden). Built in 1895, the structure was one of the nation’s first “wheel” or bicycle clubs and an integral part of early cycling history in Richmond. Now, 120 years later, history has come full circle and the property will once again be at the center of cycling, not only for Richmond, but the world.

Using old photos with captions, this short video recreates the experience of a group bike ride on a May day in 1898. Highlights along the way include Monument Avenue, Brook Turnpike, and the homes of Lewis Ginter.

You can learn more about the history of cycling in Richmond at our exhibit, From Bicycle Club to Botanical Garden, on display daily through September 27. If you are here for opening day of Richmond 2015​, be sure to stop by and see us! Admission to the Garden is free on race day, Sept. 20, 2015, as we host the Championships.