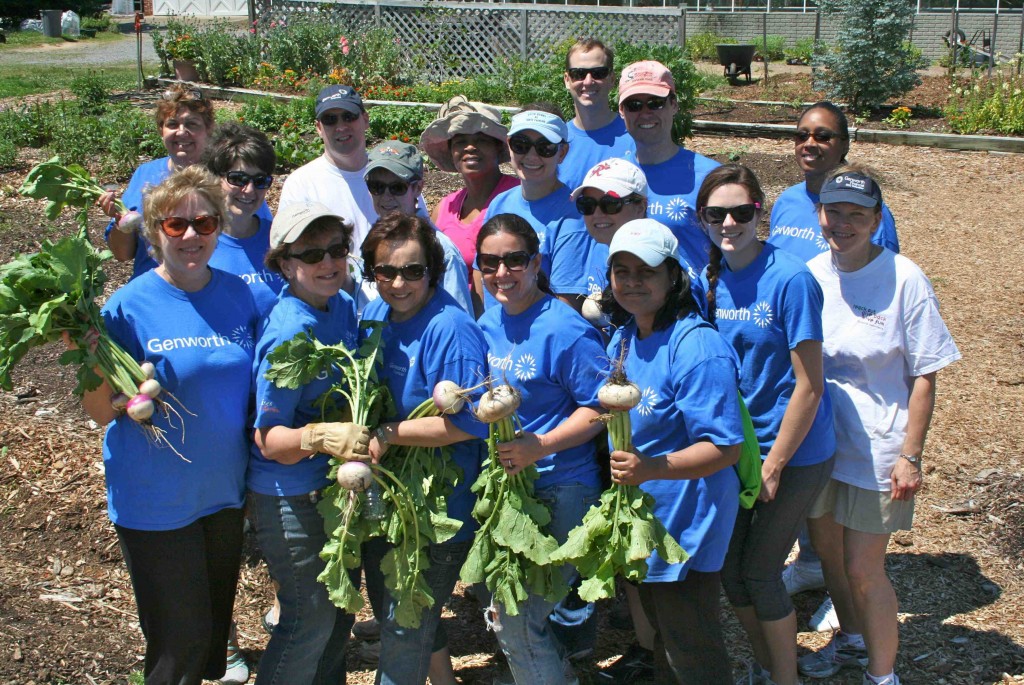 With good humor unsuppressed after 3.5 hours of heavy gardening labor, 17 of the 22 Genworth volunteers display some of the results of their labor. The Genworth team was led by Jen Phillips (front row, second from right).

In June the Lewis Ginter Community Kitchen Garden received a great push forward into the 2013 growing season. Twenty-two Genworth Financial associates contributed a combined total of 73 hours of gardening labor during one beautiful late spring morning. The array of tasks accomplished by the Genworth team are almost too numerous to list, including mulching, weeding, planting, harvesting turnips and digging a drainage trench. 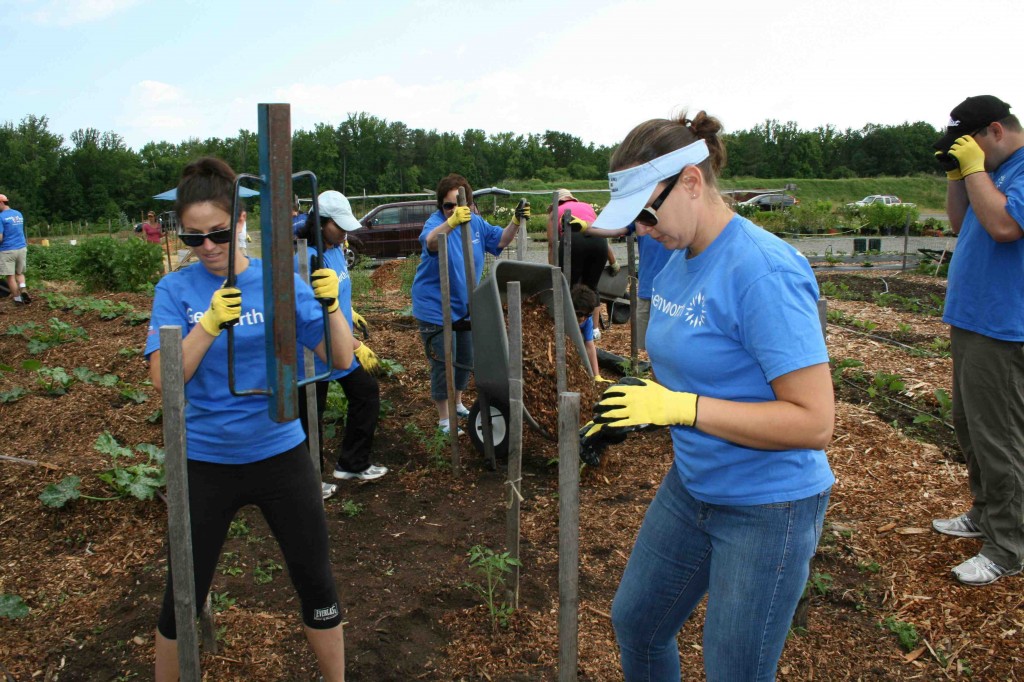 The tasks for the morning included mulching beds and pathways, and hammering tomato stakes – one of the most rigorous assignments in the CKG. 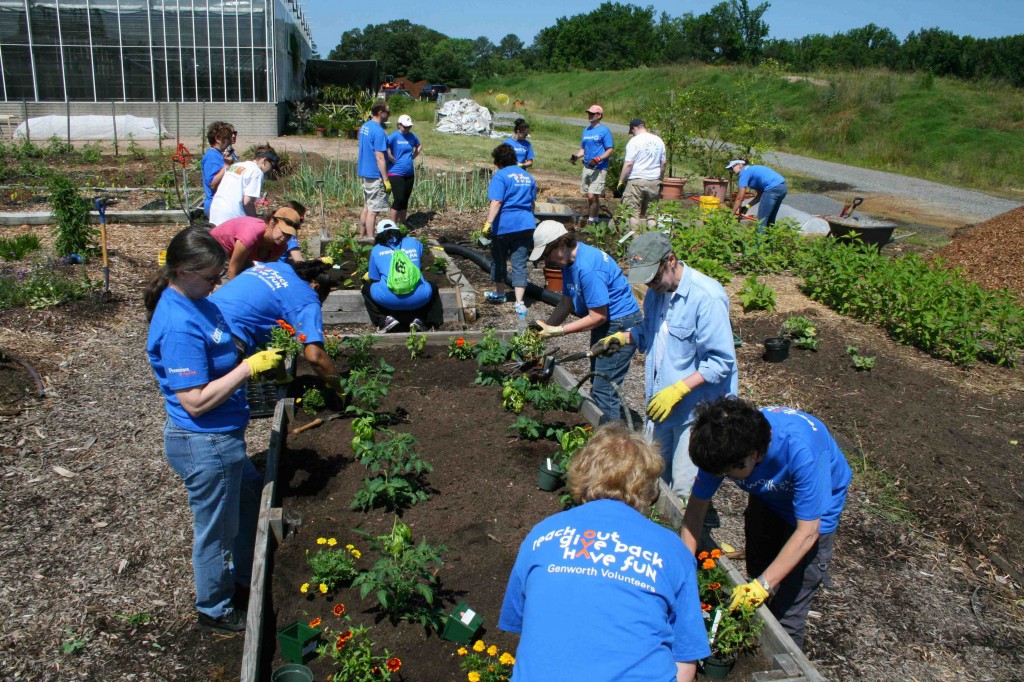 A large group of volunteers in a relatively small space, but the Genworth team moved gracefully & efficiently to accomplish a wide array of tasks. 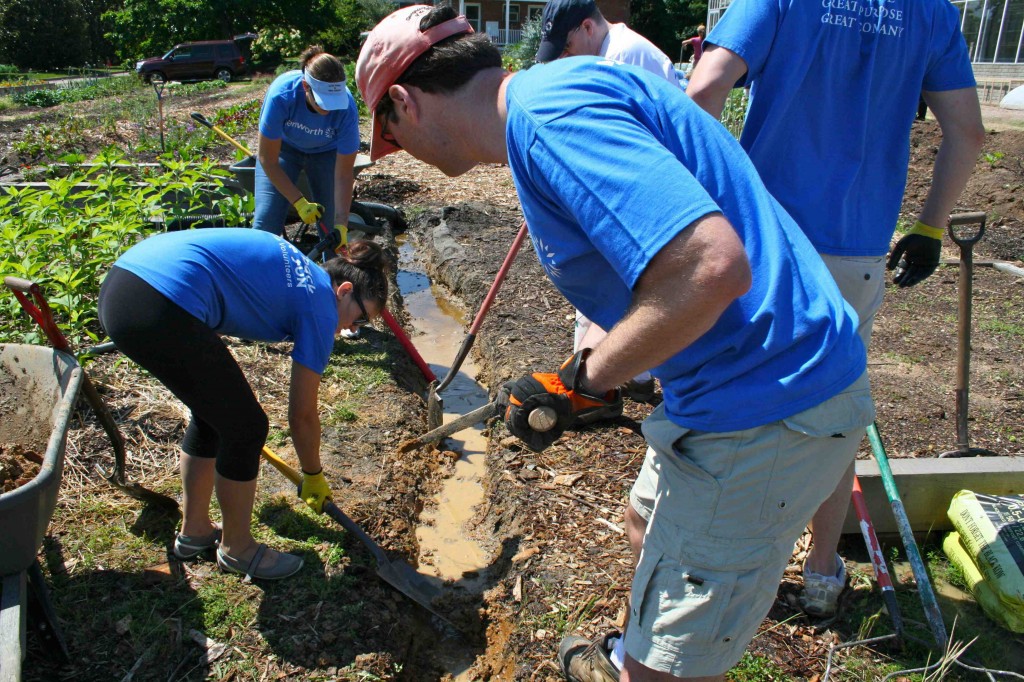 Ditch digging? Yep, but we prefer to call it “trenching”. Parts of the CKG hold a lot of water after drenching rainfall. The Genworth team helped to lengthen a drainage trench. 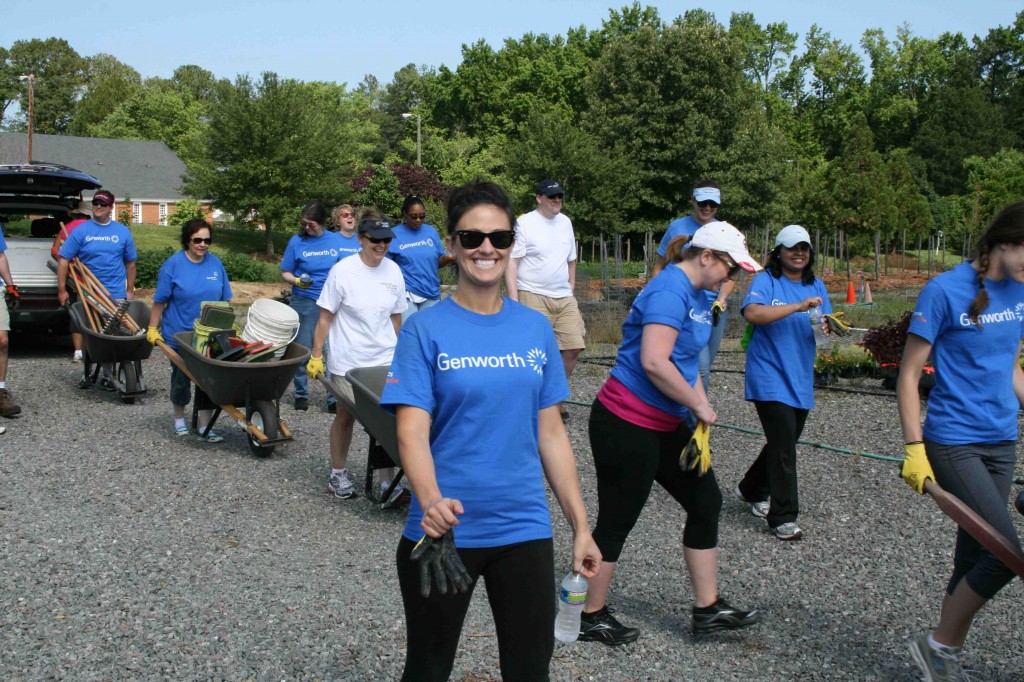 A mid-morning move by the Genworth team turns into a gleeful parade.

And they keep coming back for more! Yesterday Nancy Mance brought 6 of her Genworth Sales Services associates out to work in the CKG – even in the rain. Nancy’s team harvested beets, celery, cherry tomatoes and red potatoes, and pulled weeds.

Thanks to Genworth for their continuing financial and volunteer support.