Happy 30th Anniversary to Us 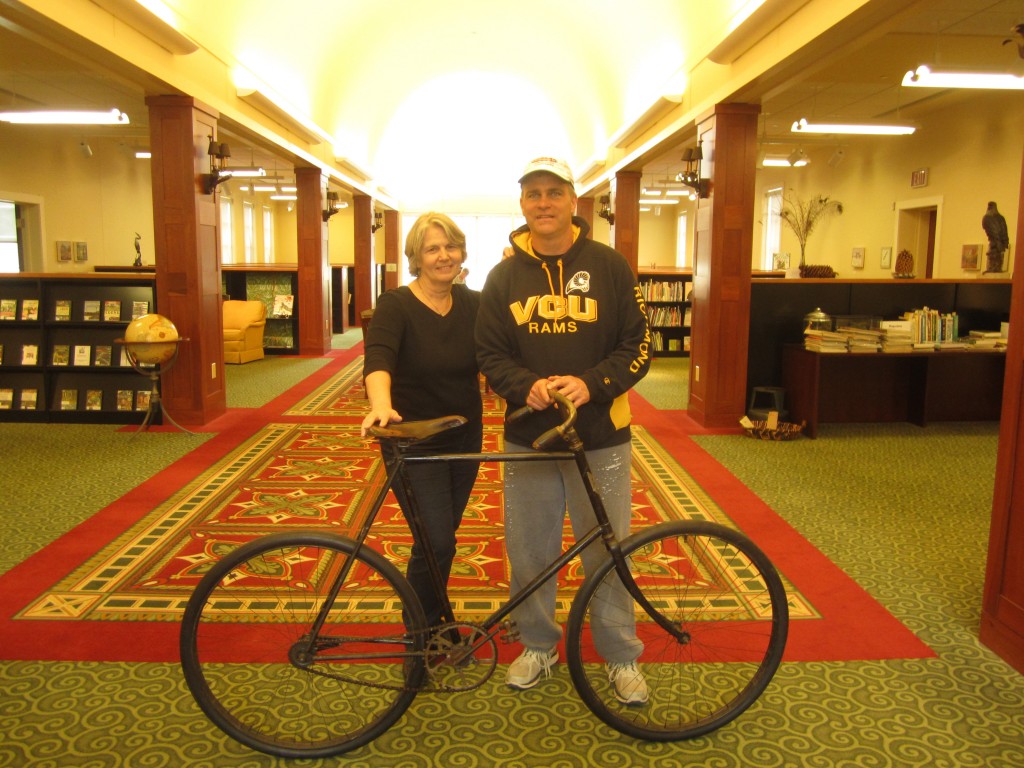 Librarian Janet Woody and On Richmond’s Wheel author Tom Houff with a very special 30th anniversary gift for the Garden.

This week we received a wonderful 30th anniversary gift from local author and cycling enthusiast Tom Houff.  His book “On Richmond’s Wheel” tells the story of our city’s bicycling history. A week ago I asked Tom if he knew where we could find an 1895 bicycle for exhibit purposes. That is the year that the Lakeside Wheel Club opened. Did you know that our Bloemendaal House started life as the Lakeside Wheel Club in October 1895 and was built by Lewis Ginter? 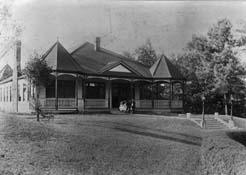 After many e-mails between me and Tom discussing the fun of historical research and bicycling, Tom decided to give the Garden an 1895 Victor men’s bike. It was built by the Overman Wheel Co. in Chicopee Falls, MA.  You can even see a picture of our bike very similar to ours in their 1899 catalog! Be sure to check out the “Arguments Agents the Victor” section.) We are very excited to have this beautiful and tangible connection to the Wheel Club, to Lewis Ginter, and to all the early cyclists who bravely rode the missing link trail from the city out to Lakeside. If you read Tom’s book, you will learn all about Ginter’s role in supporting bicycling and good roads for bicyclists. Ginter was not a cyclist but he was a community supporter and intrepid businessman, all good subjects for other posts here. Lewis Ginter Botanical Garden has a rich cycling history.  Today we celebrate our 1895 Victor bike. It will be on display during Heritage Weekend, April 12 and 13.  Look for it near Bloemendaal House, the former Wheel Club. Thank you Tom Houff for helping us in our quest to interpret our Garden’s rich history. 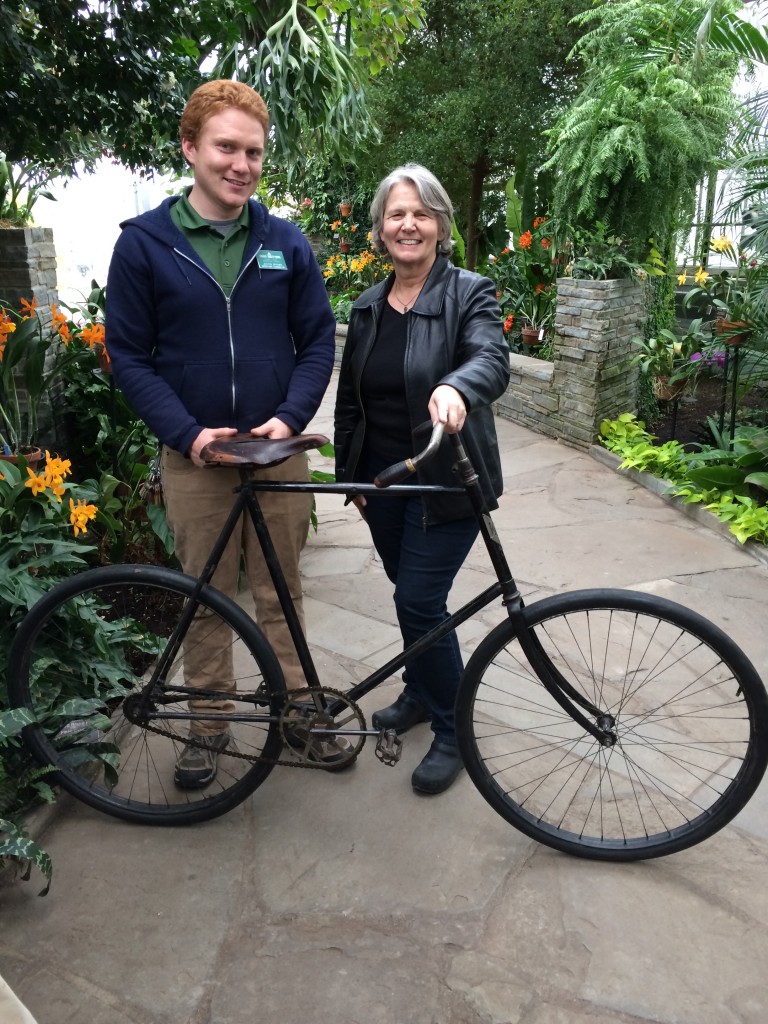 Operations Coordinator Justin Brown and Librarian Janet Woody with the 1895 Victor bike in the Garden’s Conservatory.