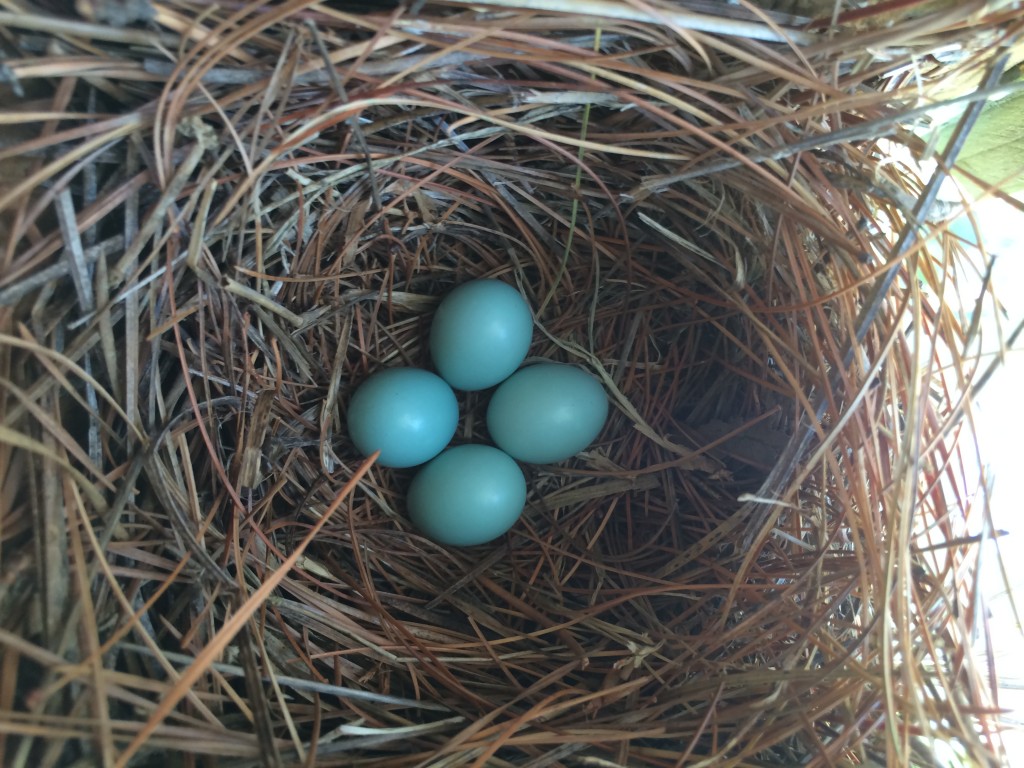 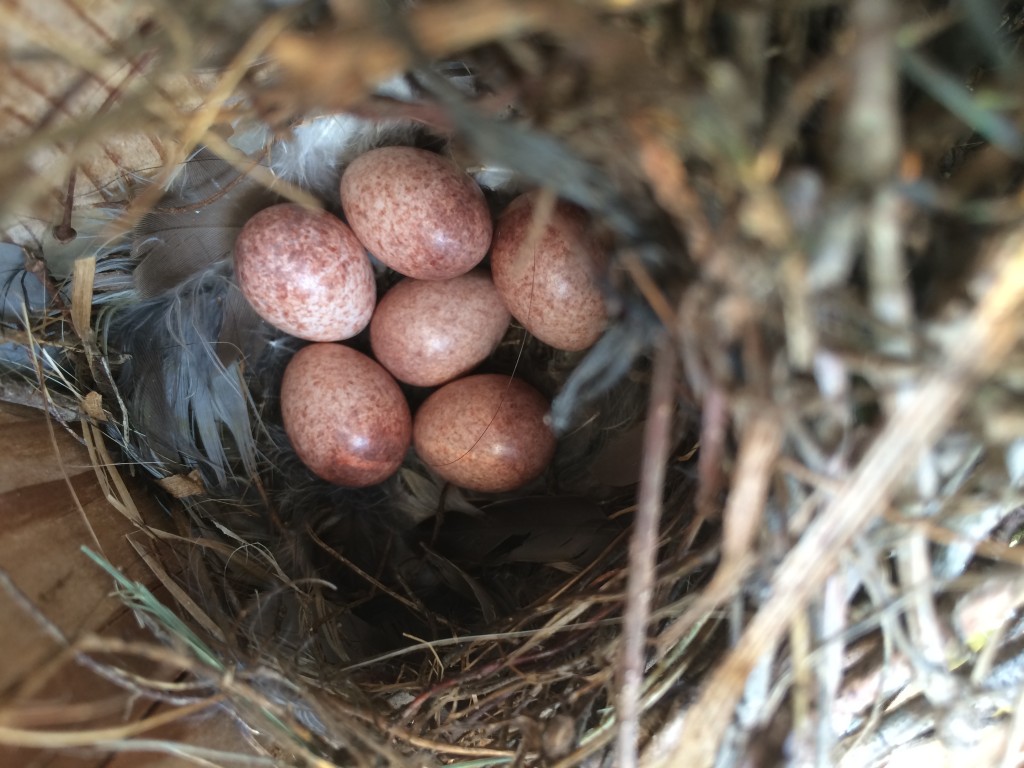 We are well into the 2014 nesting season and have seen a lot of activity so far. The season began a little late this year with many Carolina chickadee nests and way too many house sparrow nests. Happily, we saw our first bluebird nest in mid-May. The nest resulted in four fledglings by mid-June. I have included a picture of bluebird eggs from one of our nest boxes for you, in case you have not seen them before. Note that they are blue, like robin’s eggs, as opposed to brown, like the wrens eggs also shown. 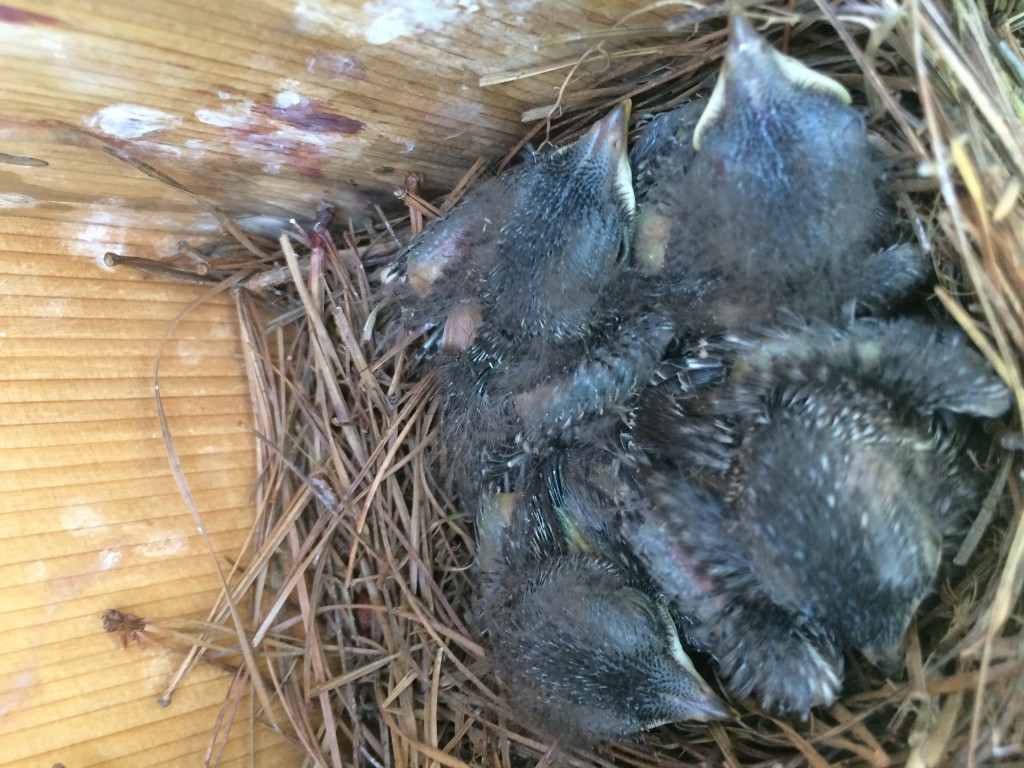 With 14 nest boxes you would hope to have many bluebird nests, but bluebirds tend to be less aggressive than some of the other cavity nesters and can be easily turned away from a potential nest site. Our chickadees seem to start nesting early before the temperature gets warm enough for the bluebirds, so they seem to be the ones that occupy most of our boxes in early spring. House sparrows are a different matter altogether. They are the bullies of our cavity nesters. Aside from making nests with trash, twigs, straw, or anything they can find, they also have no respect for nests occupied by other species. Unfortunately they will sometimes kill other nestlings, crush eggs, and even build nests on top of another active nest. So, our goal is to check the boxes often and remove house sparrow nests before they get established.  The Virginia Department of Game and Inland Fisheries gives some tips on how to attract bluebirds and discourage house sparrows from nesting in bluebird boxes:

Do NOT allow HOUSE SPARROWS to use the box! The house sparrow (weaver finch) is a non-native, aggressive species that will drive bluebirds away. House sparrows are known to kill parent birds on the nest as well as their young, if given an opportunity. Since house sparrows tend to prefer nesting near buildings, you can deter them in part by locating the bluebird box away from buildings and out in an open field instead. Also, you can try removing the sparrow’s nesting material as it tries to build a nest. (Since the house sparrow is legally defined in Virginia as a nuisance species, it is legal to remove and/or destroy house sparrow nests and eggs.) Although fairly persistent, the house sparrow may give up and move on.

As the Department of Game and Inland Fisheries mentions, house sparrows are not native to North America, sort of like the bird version of an invasive non-native plant.  So far we have had house sparrow nests in at least 7 out of 14 of the boxes on the Lewis Ginter Botanical Garden Bird Trail. With some persistent monitoring of the boxes we hope to eventually see more healthy families of bluebird nestlings like these each year.