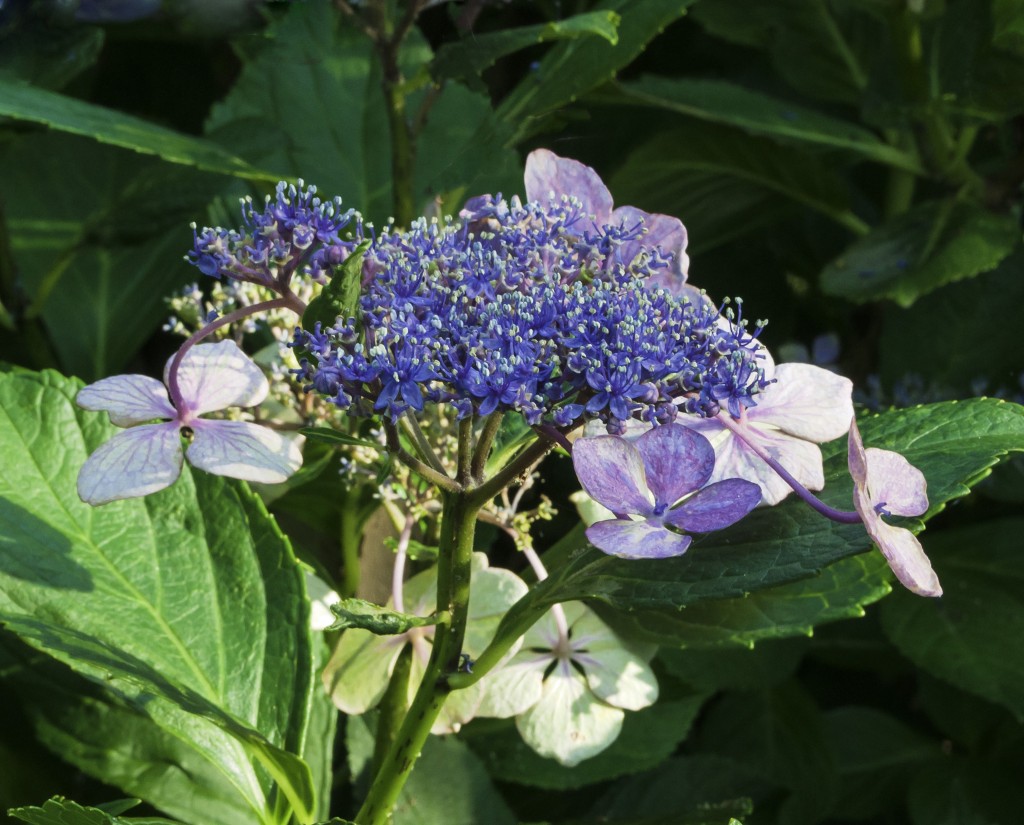 The flat flowerhead of the lacecap hydrangea has a center core of fertile, subdued “flowers” that are surrounded by outer rings of showy, sterile flowers

Virginians love hydrangeas, in part because hydrangeas love Virginia. Several species of this woody ornamental thrive in our zone 7, adorning the summer landscape with voluptuous flowers and breathtaking beauty. The hydrangea’s distinctive flowerheads are so admired that gardeners often preserve them for a second appearance in dried floral wreaths and botanical arrangements.Diversity among hydrangea species can confuse the novice gardener, so proper care starts with a general knowledge of the shrub types that do well in our region.

Diversity among hydrangea species can confuse the novice gardener, so proper care starts with a general knowledge of the shrub types that do well in our region. 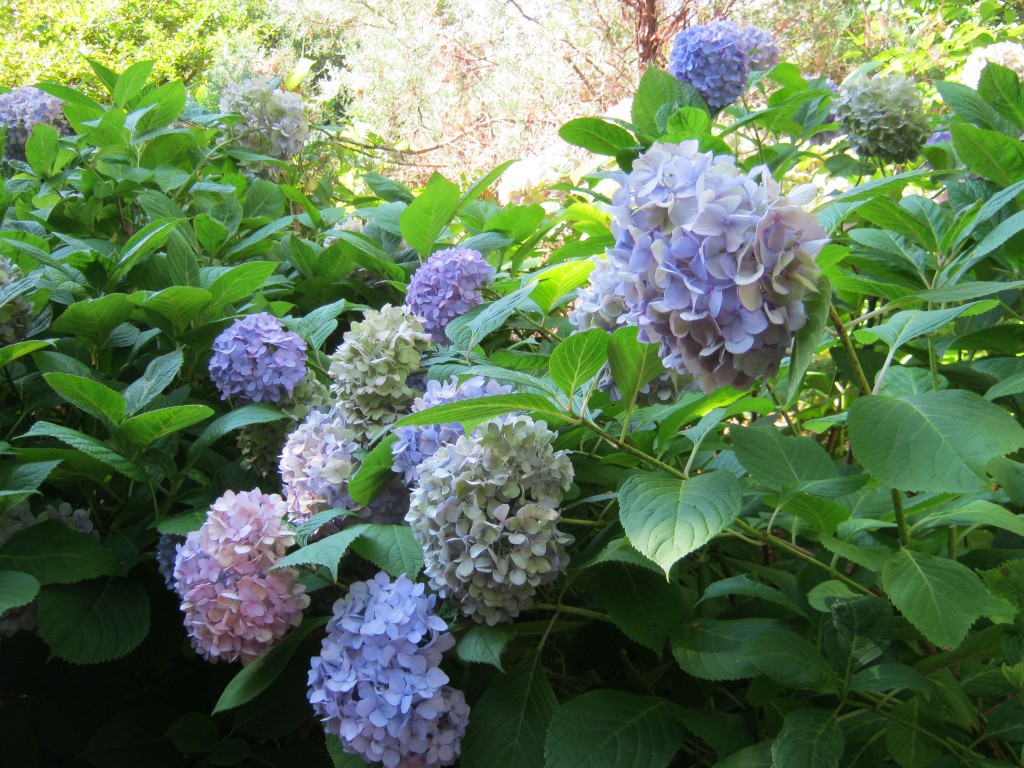 The classic “Nikko Blue” hydrangea has a striking mophead bloom whose color can be manipulated by altering the soil pH.

Japanese shrub (macrophylla and serrata): This form hails from Asia and tops the list as perhaps the most common, well-known hydrangea. Through manipulation of soil pH, the flowerheads can range in color from blushing pinks and soft violets to brilliant blues. The latter typically requires a soil pH of 5.5 or lower, which is more easily obtained and controlled in containers than in the landscape. Blooms typically develop on old wood from the previous season, and the leaf edges are serrated versus smooth. Mophead (hortensia) varieties like ‘Nikko Blue’ and ‘Endless Summer’ resemble large, rounded pom-poms, while the lacecaps such as ‘Blue Wave’ bear flat flowerheads. The Japanese shrub hydrangea has cultural requirements similar to that preferred by azalea and rhododendron, including a basic intolerance for drought.

Chinese upright (paniculata or PeeGee): Indigenous to China, this upright typically boasts large, loose snowballs of white or cream clustered blossoms – sometimes so large and heavy that they weigh down the branches. Unlike its Japanese sister, the paniculata hydrangea blooms on new wood. This species typically tolerates hot, sunny exposures with a growth habit and cultural requirements similar to large crape myrtles. Examples include the ‘Grandiflora’ and ‘Limelight.’ 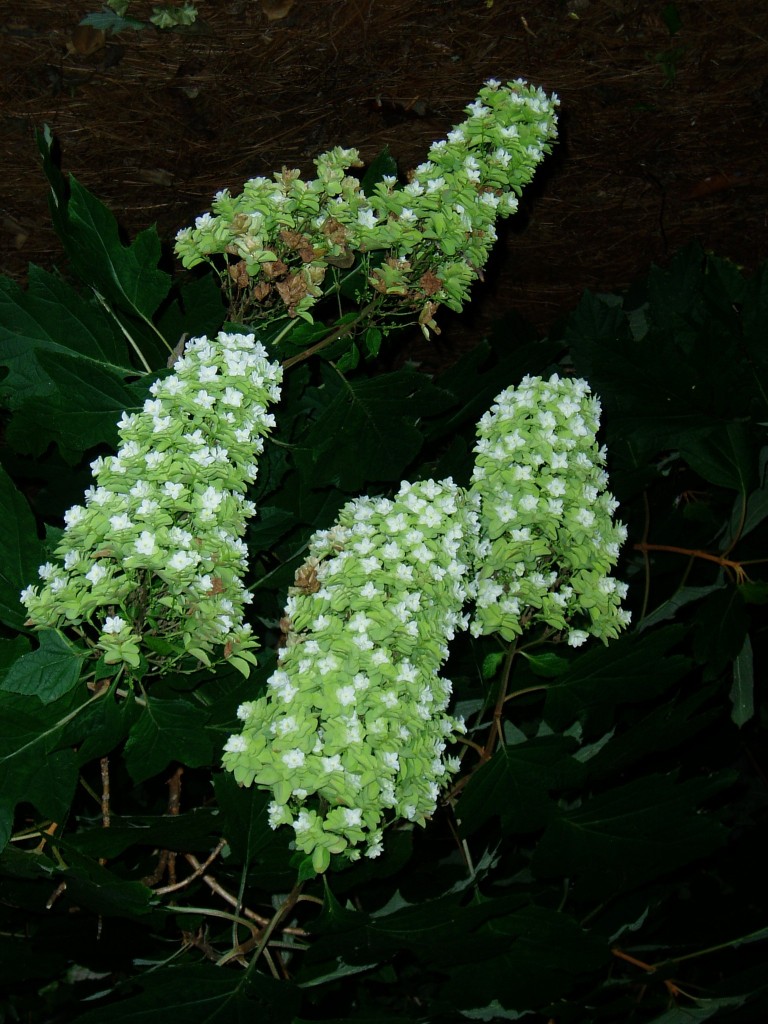 North American shrub (quercifolia): Ode to the oakleaf hydrangea, popular and practical in our region due to its four-season interest and relative tolerance of drought and shade combinations. Native to Alabama and southeastern states of the U.S., the foliage’s burst of fall color is a bonus, as is its tendency to mature into a large specimen when space allows. Flowers bloom on old wood, so minimal pruning is recommended. Its common name reflects leaves that resemble those of the oak tree, and its varietal names like ‘Snowflake’ reference its blooms.

North American smooth (arborescens): The arborescens is native to the southeastern and mid-western U.S. This hydrangea can be cut back to the ground after blooming season since it flowers on new wood from the current year’s growth. ‘Incrediball’ is a sturdier, improved ‘Annabelle’ with larger blooms, and the ‘Invincibelle Spirit’ is the first pink arborescens available to the public. 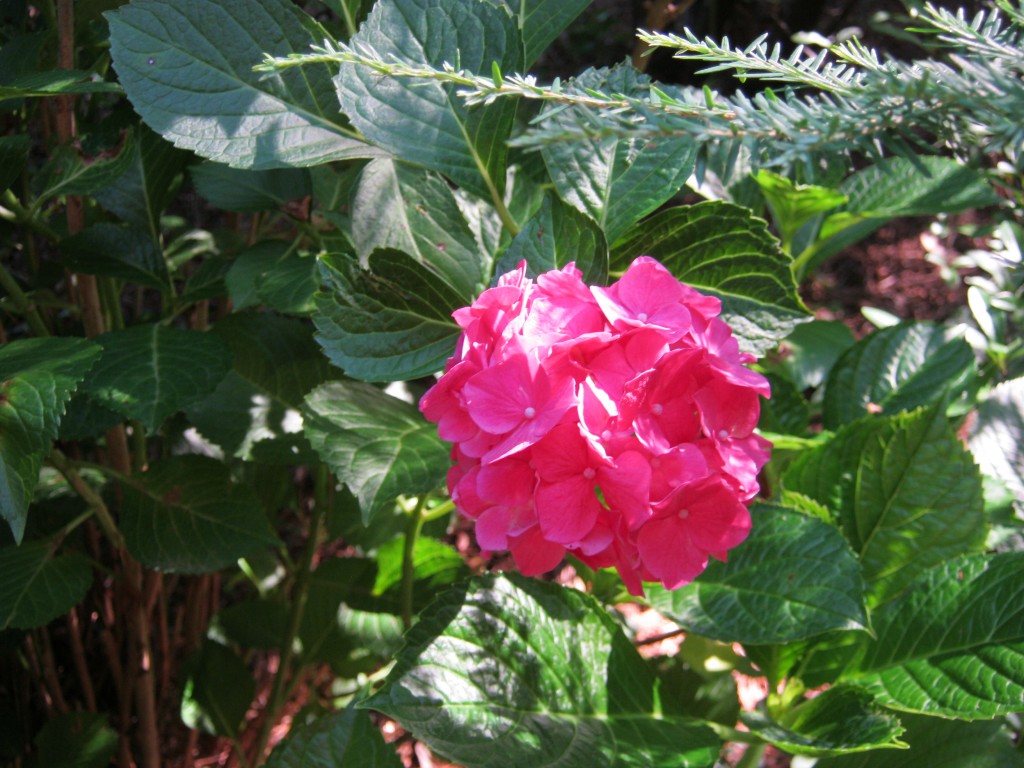 Lush flowerheads of the Glowing Embers hydrangea lean toward deep pinks and reds.

Richard Waiton, a volunteer who is passionate about hydrangeas, will lead three hydrangea walk-and-talks at Lewis Ginter Botanical Garden later this month: June 20, 22 and 29. These tours are open to the public and are free with garden admission, but pre-registration is required since space is limited.
Content provided in part by Richard Waiton.

Editor’s Note: This article first published in the Richmond Times-Dispatch, in June  2013.