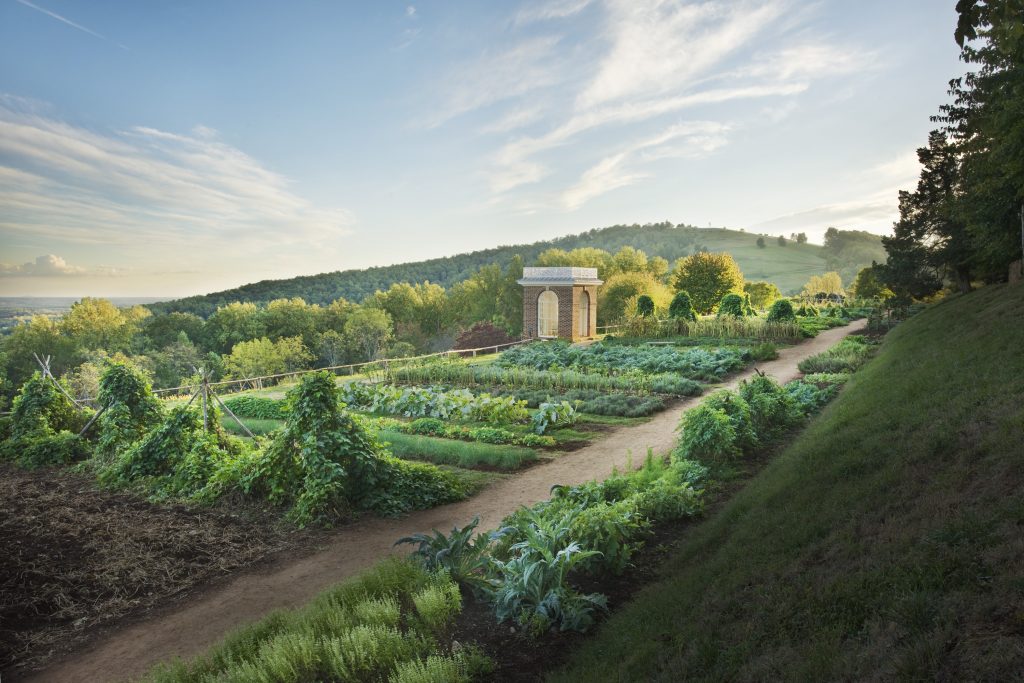 As heirlooms are cherished, so are heirloom vegetables and heritage herbs of yesteryear. Virginia’s rich lineage of historic perennials, annuals, herbs, shrubs and trees are still available for planting today, including some that grew under the watch-care of President Thomas Jefferson. Seeds from plant varieties grown or documented by Jefferson are collected and preserved by the Thomas Jefferson Center for Historic Plants (CHP) at Monticello in Charlottesville. The cultivars represent native and heritage plants cultivated in America for centuries. Not only are they fascinating survivors, they are the natural legacy of our country. 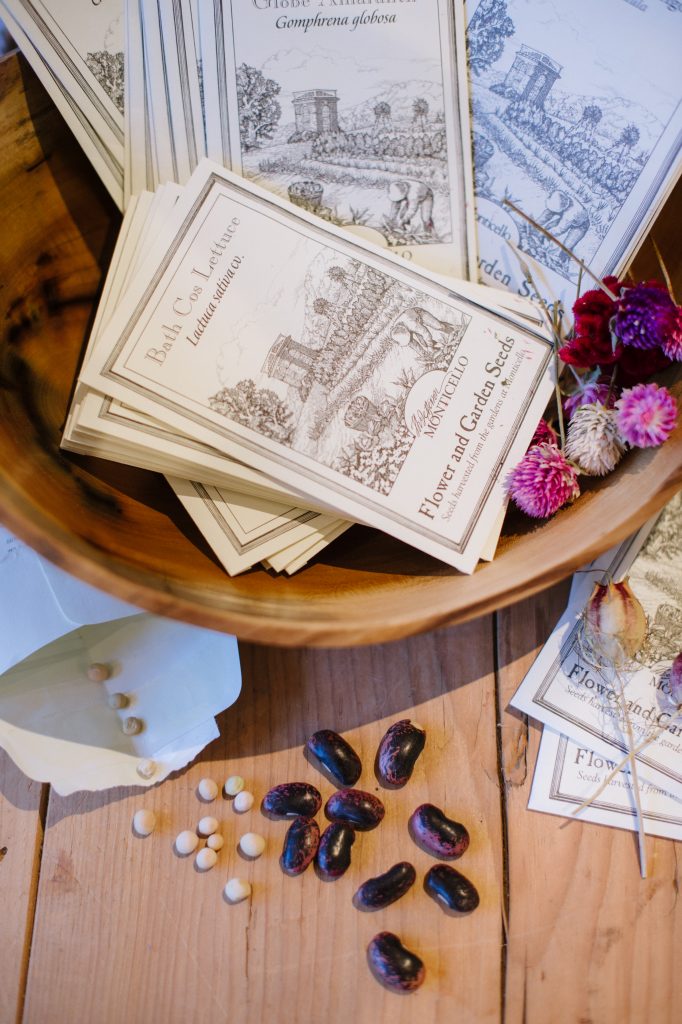 Display gardens at CHP and Monticello showcase sizable collections. Hundreds of varieties of heritage flowers and ornamentals grow in CHP’s gardens at Tufton Farm, which was one of Jefferson’s five satellite farms. A bearded iris collection demonstrates 300 years of iris cultivation and breeding, with the oldest variety dating to 1612. Some of the rose varieties are even older, having been first identified in the 1400s. Nearby at Monticello, gardeners raise historic varieties of flowers, fruits, vegetables and herbs in lush display gardens that welcome up-close viewing by visitors, students and horticulturists.

Lily Fox-Bruguiere, CHP’s garden and outreach coordinator, said that many of the historic plants are as popular now as in Jefferson’s day.

“These plants are tangible and edible links to our past,” Fox-Bruguiere said. “It’s important to see and taste what historical varieties were like before they were bred for modern convenience.” Fox-Bruguiere noted that over time, breeding for increased preservation and shipping altered the vegetables’ and herbs’ original flavors and forms. So the opportunity to enjoy heritage varieties through taste tests and as landscape ornamentals is like stepping back in time.

Jefferson’s keen passion for horticulture was demonstrated across 10,000 acres of farmland. The acreage produced food and ornamentals for his estates. They also doubled as his field laboratories for testing different growing methods and experimenting with at least 330 varieties of nearly 100 species of vegetables and herbs.

“Especially after retiring from his presidency, Jefferson kept such amazing records and letters to friends and acquaintances who were also farmers and gardeners,” Fox-Bruguiere said. His plant lists, horticultural successes and failures were collated and published in “The Garden Book.” This resource inspires today’s gardeners to try different seeds, maximize crop yields and test extended planting times, as Jefferson did. While doing so, growers can learn first-hand about succession planting and improved harvests.

“Experimenting [with historic plants] can expand palates, as well as growing seasons,” said Pat Brodowski, Monticello’s vegetable gardener. “If you save and grow the seeds again, year after year, they become acclimatized and the niche produce becomes better and better.”

“Many of the historic herbs and flowers are great nectar plants that attract more pollinators and beneficial insects,” Brodowski said.

“The Garden Book” and heritage seeds, as well as seasonal offerings of bare-root and potted plants, are sold in the Shop at Monticello and sold online. A Garden Tasting Tour at Monticello is open to the public every Wednesday and Saturday, through Oct. 19, at 10:30 a.m. and 12:30 p.m. Tour tickets and info about other related events are available at www.monticello.org.

This year, CHP supplied historic vegetable, herb and flower seeds to the Children’s Garden and Community Kitchen Garden at Lewis Ginter Botanical Garden. Richmond visitors can see and learn about crops like those Jefferson grew. In addition, the flavorful produce from historic seeds grown in the Community Kitchen Garden is donated to FeedMore for meal preparation and distribution to families in need across central Virginia. As an advocate for the common good of the community, surely Jefferson would be pleased.

This article first published in June 2016, in the Richmond Times-Dispatch.

Get detailed descriptions and see beautiful photos of each of our main garden areas.