How 3 Men & Their GardenWars are Changing Richmond

Although I was very tempted to write a blog post about how playing in the dirt can make you smarter and less depressed (as reported in new research this week), instead I’m going to write about how in so many ways, Gardening is becoming cool again. Not that it ever wasn’t cool.  But in today’s over scheduled, overworked,  fast-food,  American culture — for a while, gardening fell victim to our busy lifestyles. So many households have two working parents,  who come home exhausted and feeling lucky if they fit in a trip to the gym during the day, and who often depend on someone else to prepare their family’s dinner, it seems gardening somehow became seen a luxury. And shopping at the grocery store or eating out became standard, even with rich soil right in your back yard. 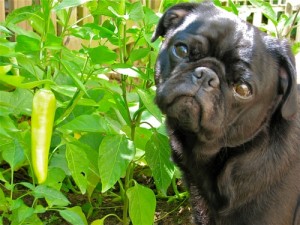 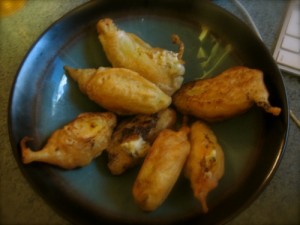 But, that was before the GardenWars Started. Yes, you heard me — #GardenWars! Three pioneering Richmonders, John Sarvay (of Floricane and Buttermilk & Molasses), Ryan Smartt (of ConnectRichmond), and Scott Pharr (of PharrOut and RVANews) face off each week in a duel to see which of them can earn the most votes (vote by comment) for their photos and “clever(ish)” commentary on their own backyard agricultural efforts. We are talking blooms, beer battered squash blossoms, graphic photos of cucumbers, and piles of green beans topped with a rubber ducky. We are talking green kale shakes, toddlers who can’t control their vegetable-eating impulses and puppy dog eyes. 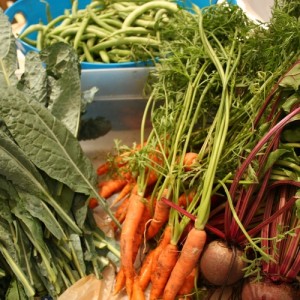 I asked Ryan Smartt how GardenWars came to be: “Scott, John and I were talking smack on Twitter one day about what we’re growing/have grown this year. RVANews came up with the idea of making the smack-talk public, mix in some pictures and create a little competition out of it….There’s an inexplicable satisfaction in planting a seed in the ground, watching it grow, taking care of it, and then eventually eating the fruits of my labor.”

Scott Pharr explains, “[The] most rewarding part for me has been watching others take part in this fun little competition, even feel inspired to plant their own gardens, and of course just watching both Smartt and Sarvay as they continue to BRING IT every week”

John Sarvay offers some insight, “It’s one area of my life where I don’t actually have a clue what I’m doing – that, and parenting – and it doesn’t seem to matter. Every time something dies, I just put something else back in the ground! I’m terrible at it, and get really excited when something actually works – and I end up with eight pounds of green beans a week.” 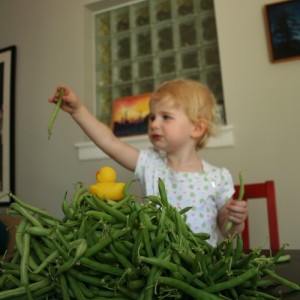 For me, the #GardenWars seems like a trend of something bigger. A trend where smart, witty men move the one-up-manship from the basketball court to the backyard and from the poker table to the kitchen table.  Or, as Scott Pharr says, “…don’t all manly men love gardening?”

“I feel that if, down the road, we could make Garden Wars into something bigger and better…an annual event that has a truly positive impact on the community….well, THAT would be something!” Smartt says.

And, well, what if playing in the dirt does make you smarter? Maybe this is a bandwagon we should all jump on. For those of you who don’t have time to commit to a garden of your own, you can always “Drop in and Dig” with the kids at Lewis Ginter Botancial Garden — Wednesday mornings, June 23 – September 8, 9 – 11 a.m. or during Families After 5  on  July 20 and August 17, 6 – 8 p.m.  It just might make you smarter and happier! Or, you can volunteer at our Community Kitchen Garden on Monday or Saturday mornings from 9 am to noon.  All produce from the Community Kitchen Garden is donated to Meals on Wheels of Central Virginia & the Central Virginia Food Bank. The Community Kitchen Garden also accepts surpluss vegetables from private vegetable gardens on Monday and Saturday mornings.