This box spider and other insects are directly impacted by global warming. Photo by Dr. Michael Raupp

Humans aren’t the only ones who feel the heat. Global warming affects insects, too. Their responses vary by species and environs, including creative adaptions over time.

“Insects and mites are ectotherms, which means they depend mostly on ambient temperatures to warm their bodies and power their processes of growth, development, reproduction and movement,” explained Dr. Michael Raupp, professor of entomology and extension specialist at the University of Maryland. “As temperatures in the immediate environment rise above a certain threshold, these processes generally increase.”

Raupp added that the Earth has warmed and cooled many times in its history of four billion years, so these temperature swings are nothing new.

“However, the difference this time is the rapidity it is taking place – in a couple hundred years versus millennia.”

Raupp has monitored and studied insects for more than 42 years. The Bug Guy, as he’s called, has been interviewed about his findings on National Public Radio, Good Morning America and other high-profile shows.

He asserts that no one can accurately predict the exact outcome of climate change on insects. However, he shared four significant patterns and processes already underway.

Insects’ geographic ranges are expanding. So are the ranges of damage to plants and trees. The main reason is that insects and mites are spreading to higher latitudes and altitudes.

“They are adapting to new geographic regions where winter’s temperatures are no longer cold enough to kill them,” Raupp said. As a result, some areas are reporting first-time sightings of insects. For example, Richmonders now deal with a scale that probably originated in Florida and California.

Conversely, Tidewater has become so warm that the gypsy moth has retreated north.

Warmer temperatures support faster insect development. When winters are mild, insects extend their activities earlier and later, which increases population growth and damage potential to those with multiple generations. 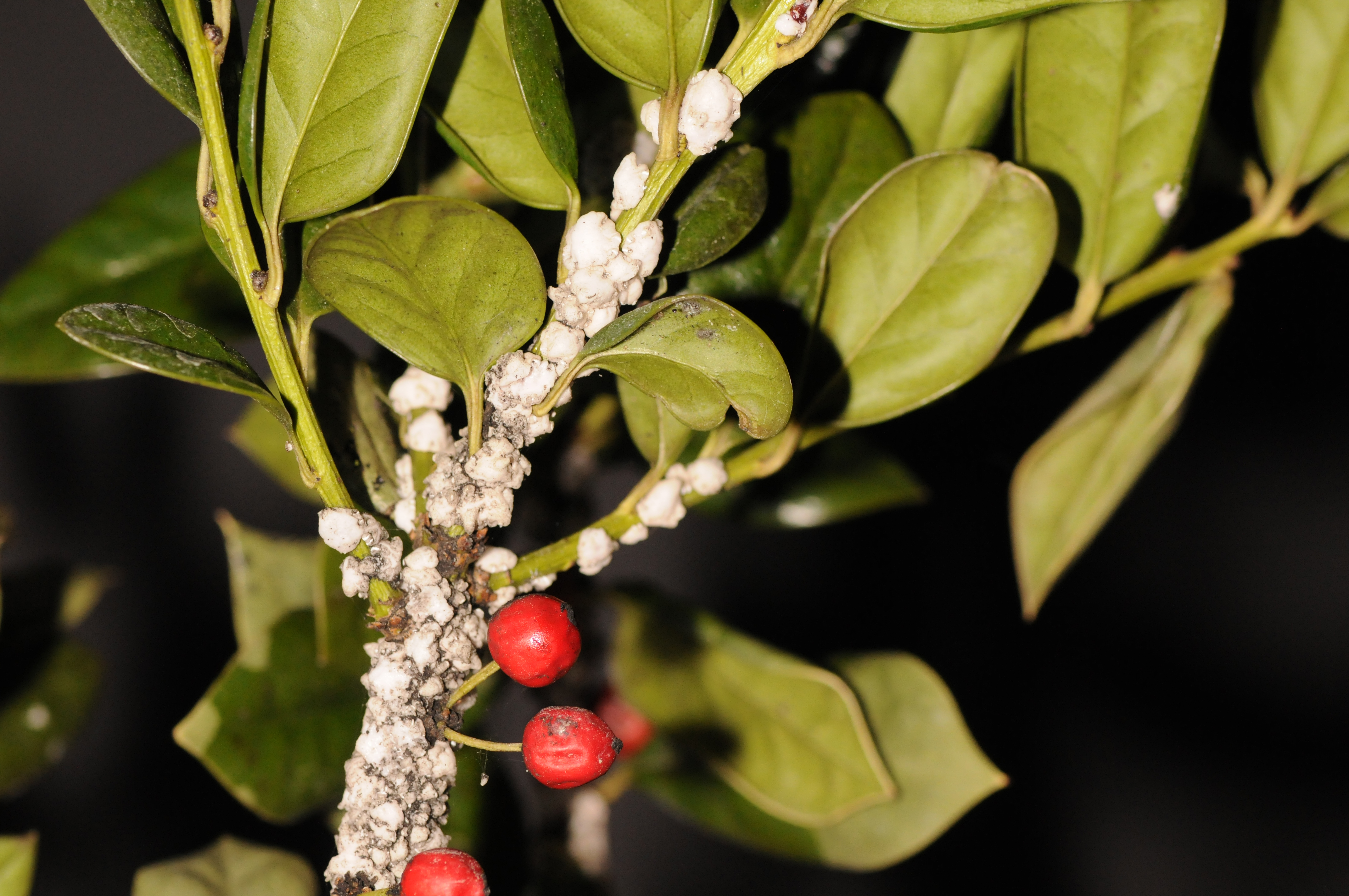 This holly is infested with wax scales, which remove large quantities of sap. More wax scales signal more trouble for the health of this and other plants. Image by Dr. Michael Raupp

Insect processes also accelerate within urban areas, which can be as much as 18 degrees warmer than surrounding suburbs and natural areas. For example, the survival rate of scale insects and the production of eggs by female scales may increase in downtown Richmond due to the city’s heat island effect. This enables populations of some pests to explode in heat islands.

Warming may impact predator-prey relationships. “Climate change may enable insect and mite pests to race through windows of vulnerability and escape death from natural enemies, tipping Mother Nature’s balance in favor of pests, Raupp said. “As a result, small juvenile insects may become less vulnerable to predators and parasites due to rapid growth and development.”

Natural relationships are uncoupled. A warming world leads to phenological (seasonal timing) mismatches between insects and their predators, as well as flowering plants and pollinators. For example, warmer-than-usual weather may spur the early blooming of flowering plants, but the process is impeded because necessary pollinators are not present, or vice versa.

Another example involves migratory birds that fly north every year. If spring weather rapidly advances in these northern regions, caterpillars may have emerged at an earlier time. When the birds have babies, the caterpillars are no longer available as a food supply. As a result, the next generation of birds reduces in number.

Raupp noted that these are examples of a living experiment underway. He provides updated information and related photos at bugoftheweek.com. The website also features more than 500 videotaped insect episodes, which are watched by viewers around the world

This article first published in the Richmond-Times Dispatch.