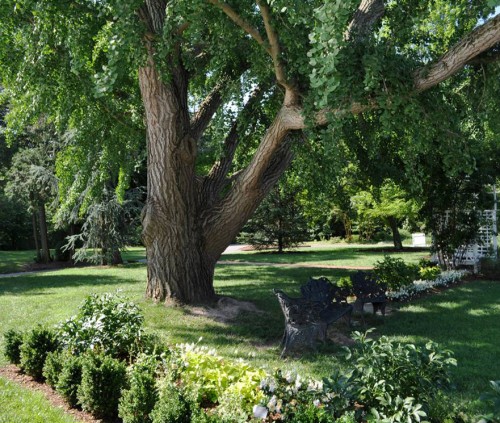 The Garden’s outstanding specimen is a female Ginkgo biloba in Grace Arents Garden believed to be 100 years old. It stands tall next to the historic Bloemendaal house. The garden also has a row of male ginkgos, cultivar ‘Magyar’, along the path between the Asian Valley and West Island Garden. 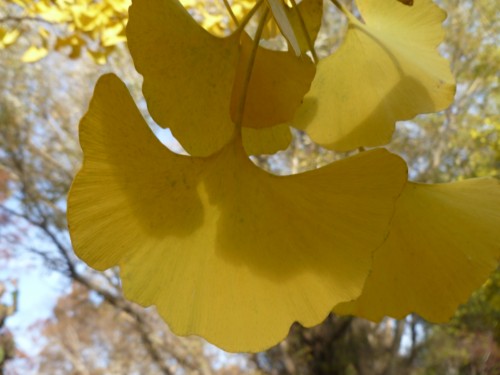 Gold leaves of the Ginkgo. 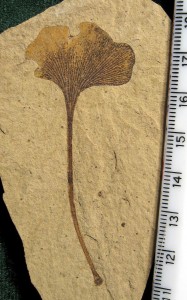 The ginkgo tree is a living fossil with records dating back 270 million years. It has no living relatives. Buddhist monks in eastern China cultivated stands of ginkgo trees as far back as 1,000 years ago for food and medicine. The first ginkgos in the United States were planted in Philadelphia in 1784.

In your neighborhood, you may have seen (or smelled!) the fruit of the ginkgo tree on the sidewalk this fall. They are pink and fleshy and contain butyric acid; the same acid found in vomit and cheese. The seeds inside are edible. Ginkgos are hardy trees and are resistant to damage from pollution, fungi, and pests, which is why they are a popular tree in urban landscapes. They are so persistent that several ginkgo trees survived the atomic bombing of Hiroshima in 1945.
In the next few weeks, the leaves of the female Ginkgo turn a deep yellow. Within a few weeks after several frosts they fall from the tree to form a carpet of gold. It’s a wonderful thing to see, and a great reason to visit the Garden in fall. 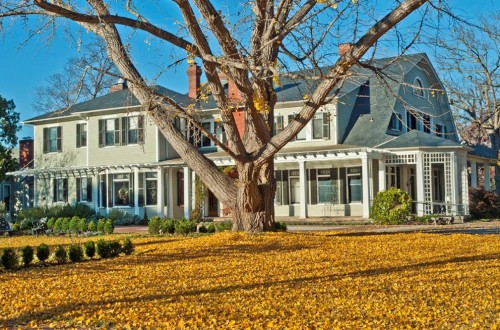 Just think of all this tree has seen in its years here —  from Bloemendaal farm to the Botanical Garden today.

After you witness the golden canopy in the Grace Arents garden, visit the exhibit Every Tree Tells a Story  to see (not smell…) Robert Llewellyn’s photograph of a female ginkgo branch, and experience this amazing tree anew. The exhibit has been generously brought to the Garden by supporting sponsor The Davey Tree Expert Company. 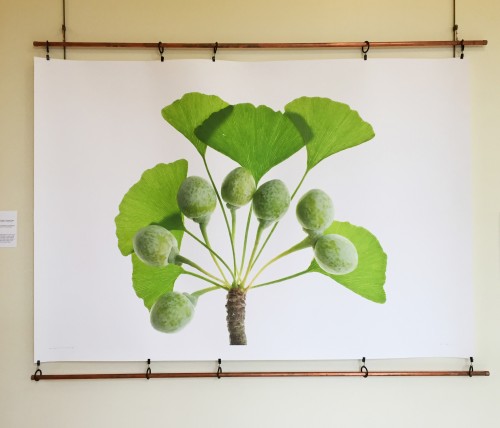