Magnolia Mania Is Alive and Growing 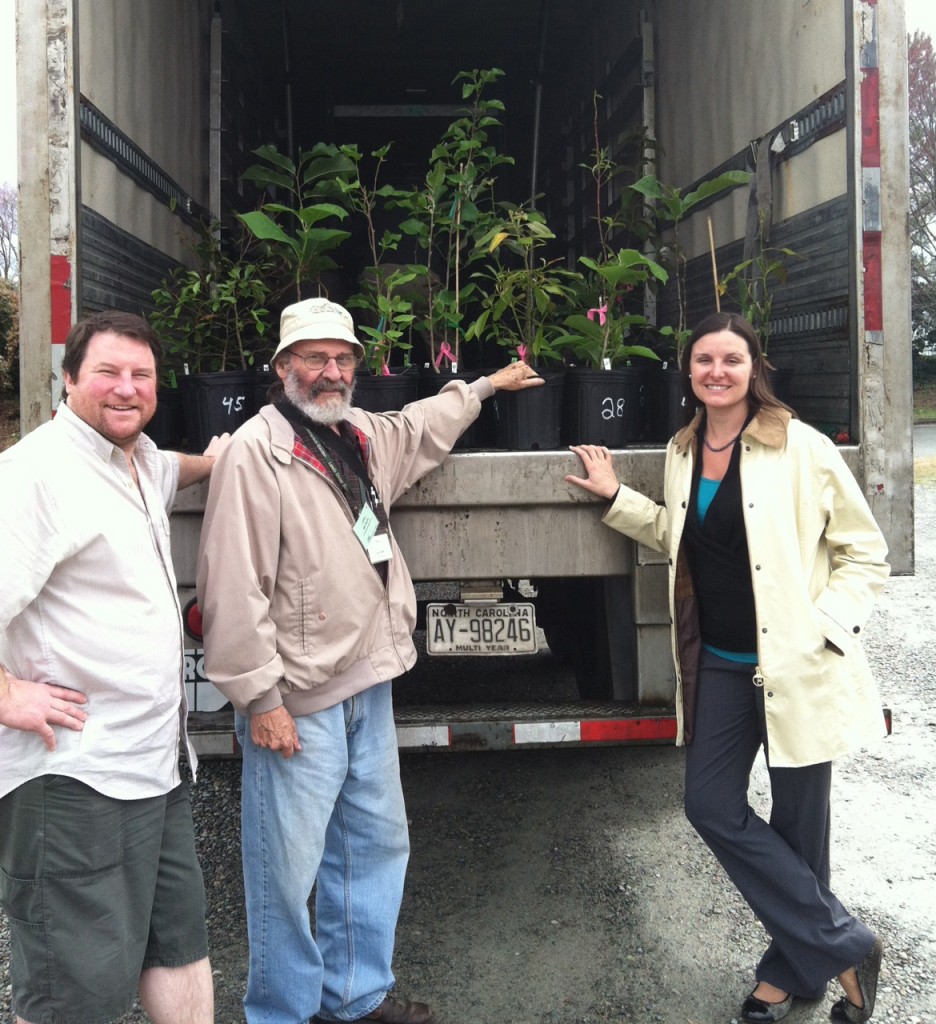 The moniker “Magnolia Man” suits Bill Smith just fine. After all, he has devoted the last 15 years to creating, evaluating and distributing new and improved magnolia species for Virginia gardens. The former English/humanities teacher is not a botanist, but he has enjoyed a lifelong interest in plants. His hobby took an unexpected detour in 1998 when he joined the International Magnolia Society.
“I wasn’t all that crazy about magnolias to start with, but I was curious about hybridizing,” Smith said. Hybridizing, which is the cross-breeding of different plant species, is less difficult and often more successful with magnolias compared to some other plants. Members of the International Magnolia Society shared articles and pointers—sometimes even a few seeds from their own crosses—and before long Smith was hooked. At that time he lived in Maryland, so regular visits to the National Arboretum’s extensive magnolia collection further expanded his knowledge and interest.
After retirement, Smith returned to his adopted home of Richmond, partly because of family, partly because of the region’s good climate for gardening. He contacted Lewis Ginter Botanical Garden and has volunteered with their horticulture staff ever since. 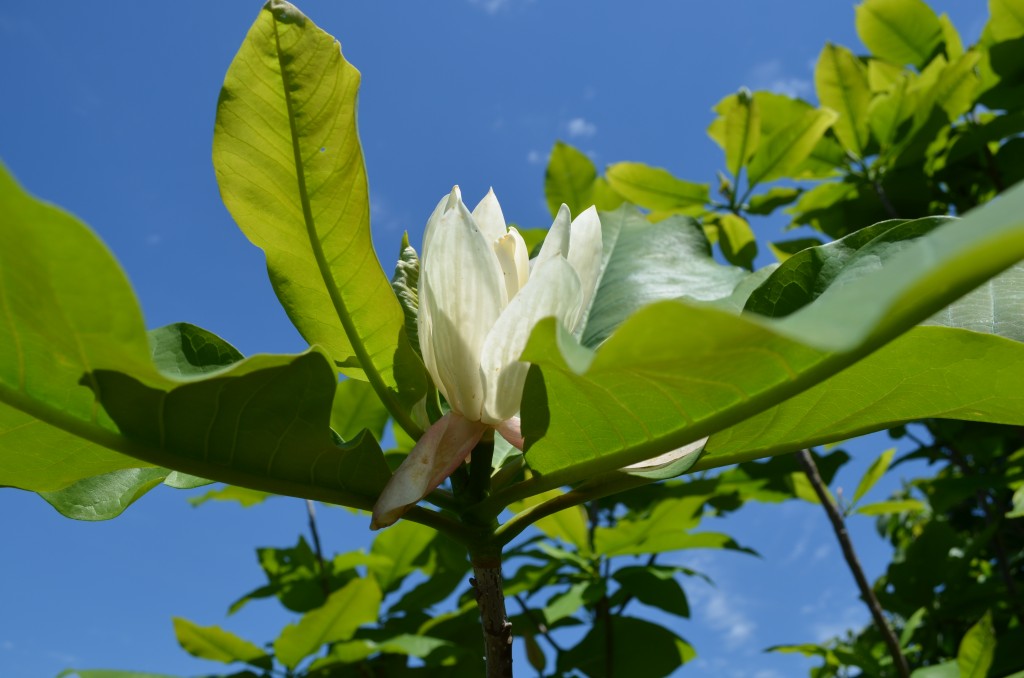 Over the years, Smith has produced seeds from more than 250 different crosses using various magnolia species, hybrids and/or cultivars as parents. Over the last seven years, more than 3,000 seedlings germinated and have been planted for evaluation in Virginia, New Jersey and North Carolina, including the well-regarded Monrovia Nursery. “Those seedlings are scattered all over kingdom come, whoever would plant and test them,” Smith said. A dedicated magnolia test bed, which is not open to the public, also was developed at the northwest corner of Richmond’s Lewis Ginter Botanical Garden. Today it is an evaluation site for monitoring the performance of close to 70 magnolia trees and seedlings.
One product of Smith’s work is the ‘Ginter Spicy White’ cultivar that he developed at Lewis Ginter Botanical Garden, for which it was named. He hand-pollinated select magnolia plants that bloomed later in spring with the goal of developing a new, late-blooming cultivar that would not be susceptible to late- spring frosts, such as those experienced this year. The result was ‘Ginter Spicy White,’ which bloomed for the first time in May 2010, and exuded a lemony-mint fragrance. It was formally registered with the International Magnolia Society. In April 2013, the Garden honored Smith’s achievements with a Volunteer Service Lifetime Achievement Award.
“The future of horticulture does lie in the work of people discovering or creating new plants,” Smith said. “Hybridizing is an ongoing learning experience, and the more I learn the more I realize I need to learn.”

Editor’s Note: This article first published in the Richmond Times-Dispatch, in May  2013.  Since this article first published, we’ve had a lot of inquiries at the Admissions Desk about where you can find ‘Ginter Spicy White.’ I’ll try to post some directions here, although it’s a bit hard to find, and off the beaten path. You’ll find it in our testbed, which is behind the Conservatory. The easiest way to get there is to walk through the Children’s Garden and up behind the Lucy Payne Minor & Streb Gardens on the service road.  You’ll see an irrigation lake on your right, and the testbeds just before it.  Please use extreme caution whenever you are in areas not on the visitor map, like service roads,  because these are active roads for work vehicles.  ‘Ginter Spicy White’ is one of the largest and tallest trees in the testbed, with lighter colored leaves, and big blooms with a slight pink tinge. Make sure you stop to smell it when you find it! The fragrance is so wonderful. ~Jonah Holland 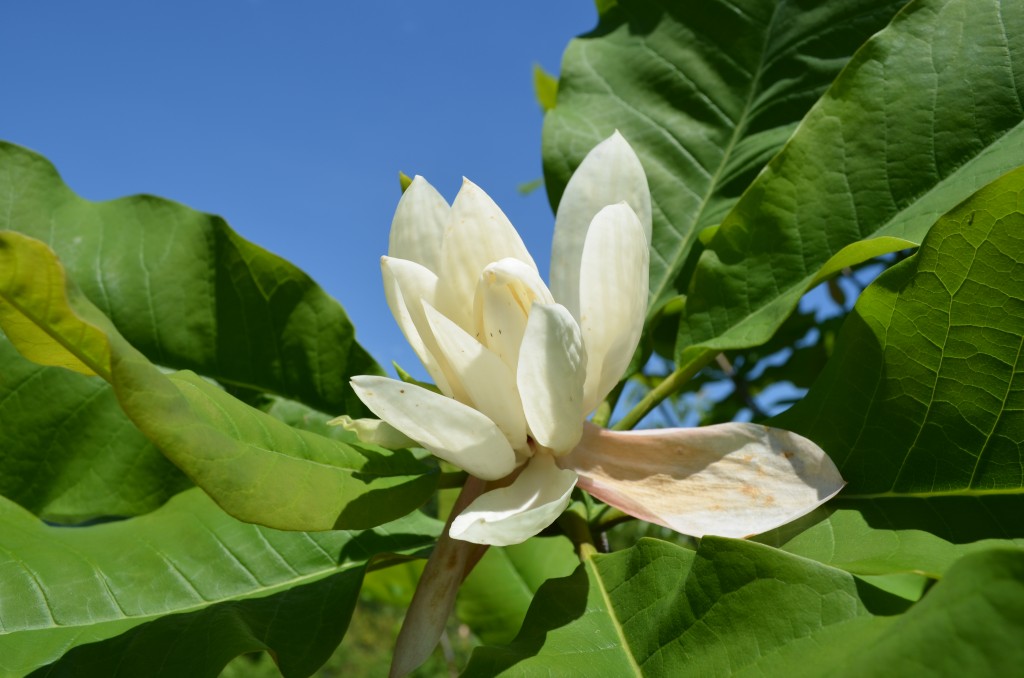