Scientific curiosity. That is what sparked Dr. Arthur Burke ’s passion for orchids. Though he acknowledges blooming orchids are beautiful, Dr. Burke tends to view them as science in living form. 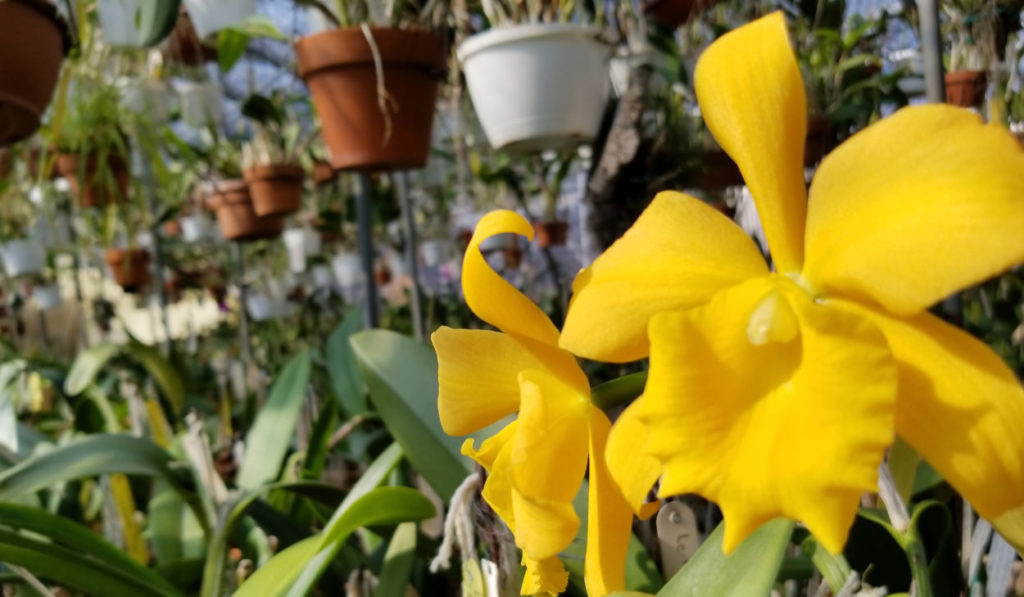 “Orchids are an intellectual challenge because they have very exacting needs,” he said. “I also embraced the bi-lateral symmetry of the orchid flower. If you drew a line down the middle of the flower, each side mirrors the other. My eye told me that I had to have them. Almost overnight, they became an obsession to me.”

A retired physician and oncological researcher, Dr. Arthur Burke has amassed a collection of 3,000 orchids, ranging from seedlings in a nutrient medium to mature blooms in 12-inch potted bowls. “There are a few examples of special species, but the bulk are heritage hybrids – the oldies but goodies. Others are my own creation,” including nationally recognized hybrids. The collection is tended in three private greenhouses, which are located on his Mechanicsville property. He not only admires them; he propagates and crosses them. To date, he has completed 500 crosses of cattleyas. 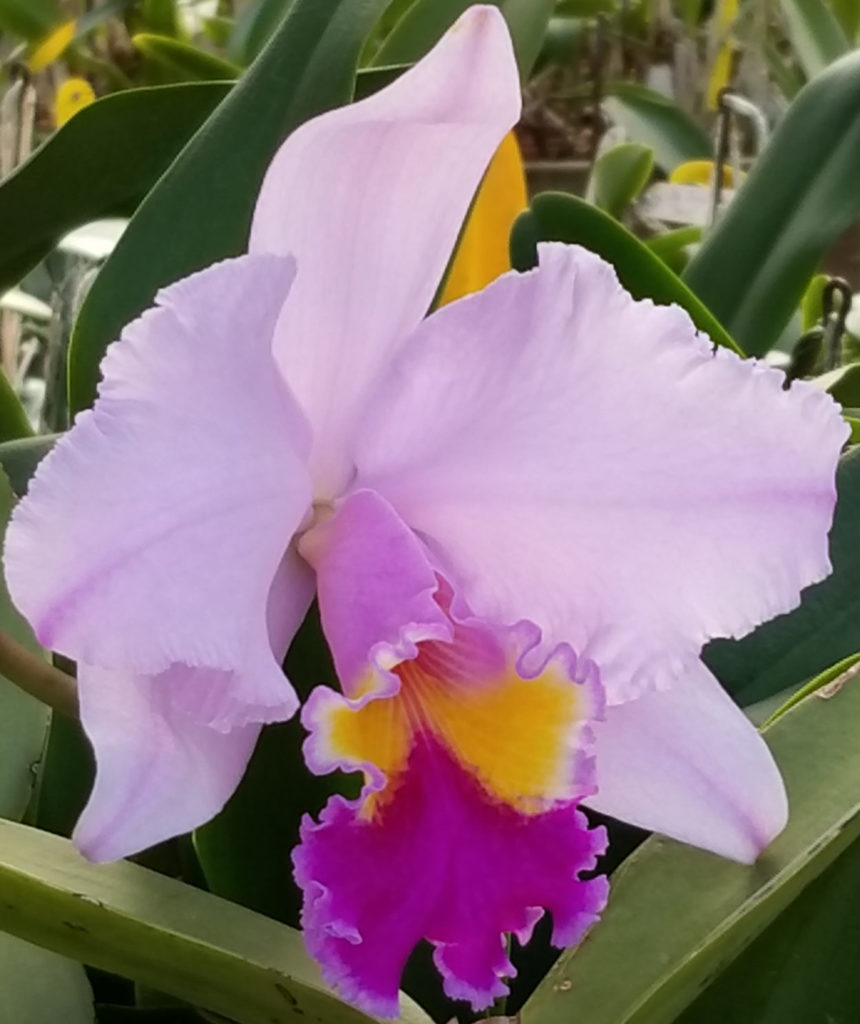 “I don’t see my orchids in isolation,” he said. “When I see them in bloom or sprouting new growth, my inquisitiveness causes me constantly check on them. I revisit former decisions and ask questions like where are they from? Were they ever awarded? And what (growing) conditions do they need?”

Though Dr. Arthur Burke is indeed an orchid aficionado, he encourages amateur growers to give orchid growing a try. “That’s how I began,” he said. “In the beginning, I didn’t know how to grow them, so I read and asked questions.”

He shares two tips for beginners. First, carefully select the genus. “There are certain orchids people should enjoy. By all odds, other selections will doom the plant because you don’t have the right growing conditions.” As an example, he noted that standard cattleyas will not grow well in a house without supplemental light. “Listen to what people say you can grow based on what you know and what you should do (for proper care). Phalaenopsis is a marvelous houseplant requiring a modicum of care – but ordinarily, they are not show quality.”

Second, join an organization that specializes in orchids, such as the Virginia Orchid Society. “It will be a resource of information and a way to share the misery of what you are doing while broadening your horizons,” he said with honesty tinged by facetiousness.

The Conservatory has greatly benefited from Dr. Burke’s generosity. He has donated numerous plants and established a trust to help support their continued care.

Dr. Burke is humble, yet proud of his collection. However, at age 92, he admits that some days he enters his greenhouse and his first thought is, “How did I ever get into this?”

If you are a Lewis Ginter member, watch for a related article on Dr. Arthur Burke in the Spring Magazine.

The Garden’s celebration of spring!

Experience the wonderful world of butterflies!