Pumpkins on a stick, bumpy gourds and alien-looking plants – you never know what you’ll find in the Children’s Garden at Lewis Ginter Botanical Garden in October. Last Sunday I came as a visitor with my 11-year-old daughter and her friends and we discovered a whole world of weird and wacky.

The Children’s Garden plans special displays and plantings each fall as part of October Oddities. It’s a great time to visit and a reminder that the plant world is infinitely fascinating, even to sixth-graders who have “seen it all.” 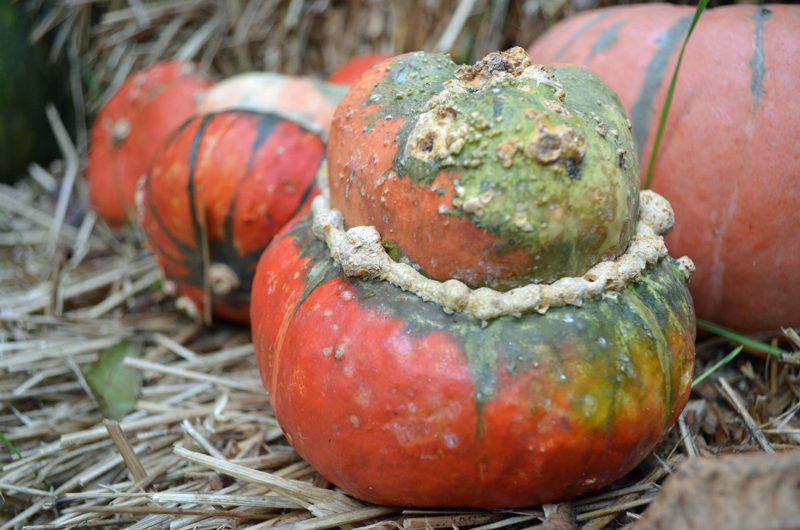 We started with Gourd Quest, a seek-and-find activity with a prize at the end. I won’t give away all the answers in case you want to do your own Gourd Quest, but my favorites were the Tiny Turk’s Squash (Cucurbita maxima ‘Tiny Turk’s’), the contorted Dipper Gourd (Lagenaria siceraria ‘Dipper’), the bright yellow Spaghetti Squash (Cucurbita pepo ‘Spaghetti’) and the multi-colored Cucurbita pepo ‘Carnival.’ 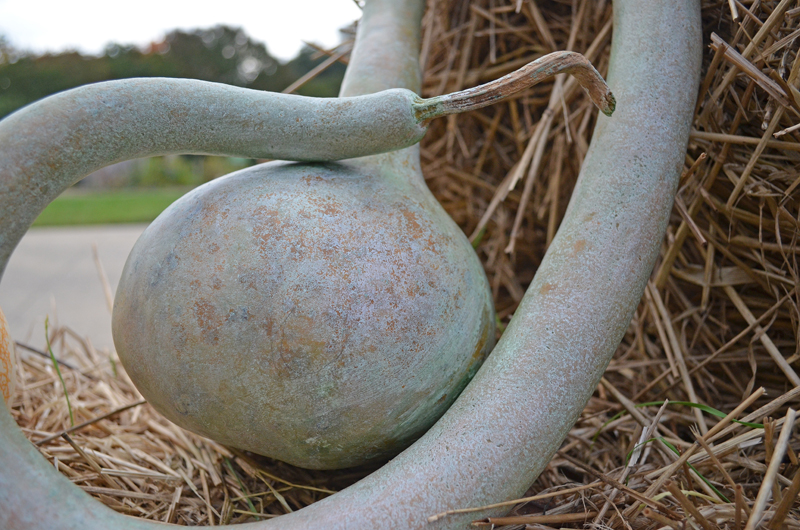 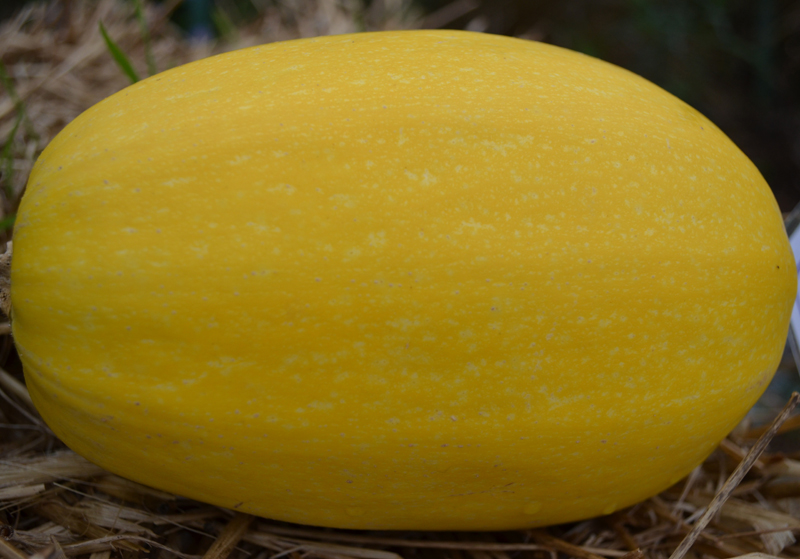 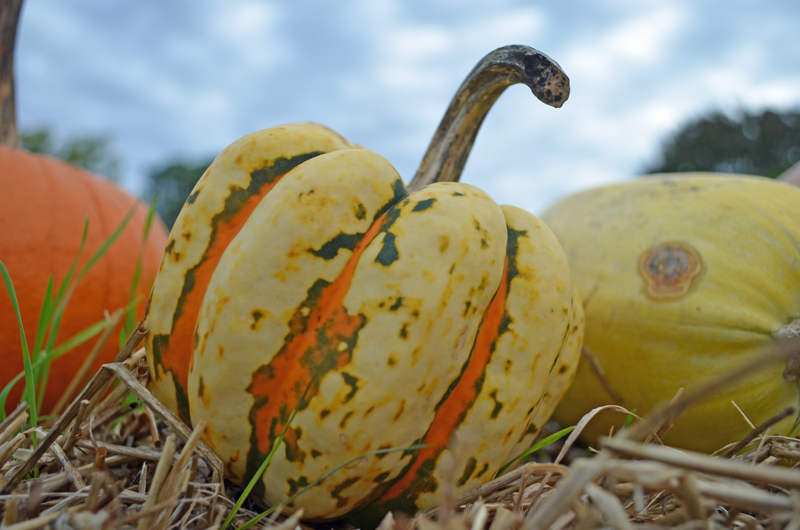 Along the way we found a curious fruit resembling a small pumpkin on a stick. “It’s called Pumpkin-on-a-Stick or Solanum aethiopicum,” verified Children’s Garden Horticulturist Heather Veneziano. The “trick” is that it’s not a pumpkin at all, but an ornamental eggplant. The fruit starts out green and has just begun to turn orange in the past couple of weeks. 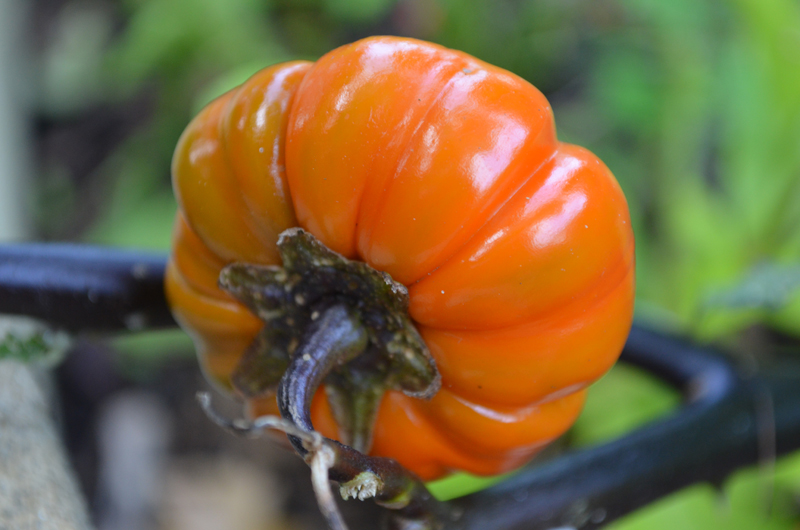 In addition to gourds, we found interesting colors, textures and forms all around. We thought the wrinkly Osage Orange (Maclura pomifera) resembled a green brain, agreed the spiky Gomphocarpus physocarpus looked alien, and were delighted to find a small star shape in the stem of the Cucurbita moschata ‘Musquee de Provence.’ 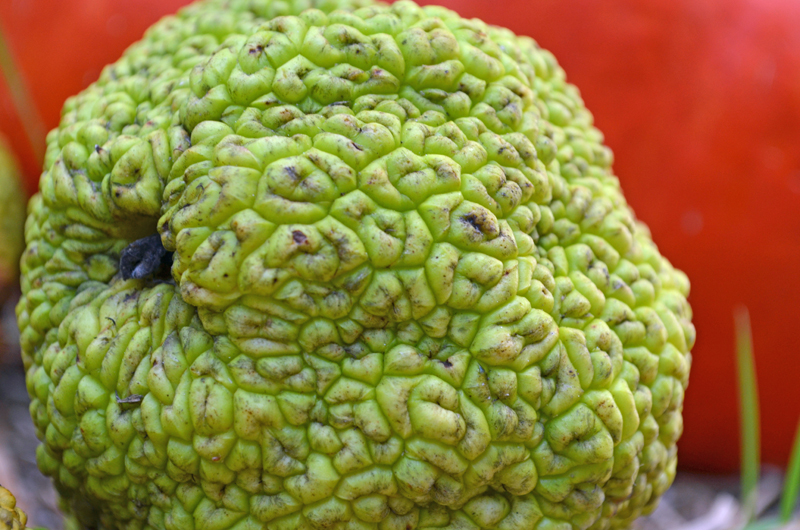 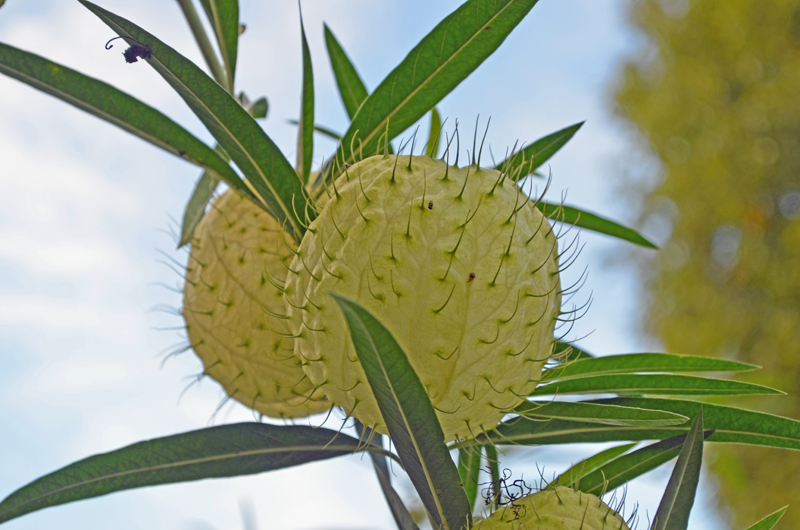 Gomphocarpus physocarpus looks like it comes from another world 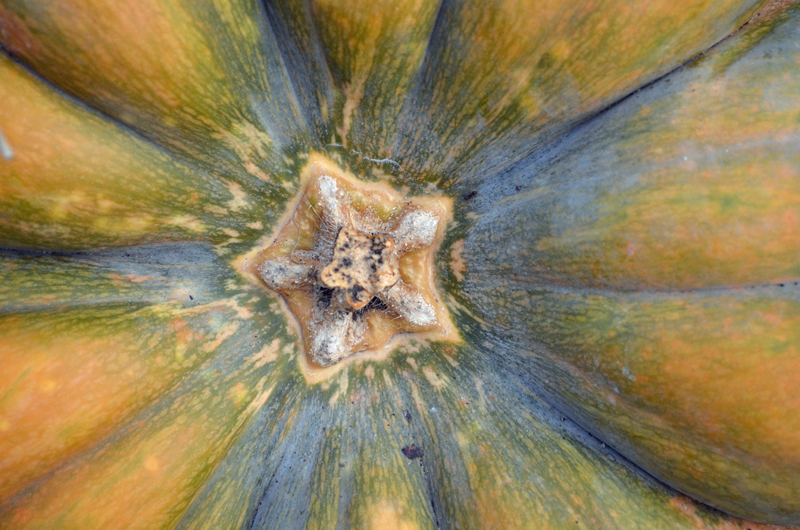 If you’re interested in enjoying these oddities and more, the Garden has a real treat for you. You can see them anytime throughout the month of October and on Sunday, October 25 there’s a special event called Goblins and Gourds. There will be pumpkin-painting, seasonal tastings, pumpkin and wood-carving demos, and live music by the appropriately named Richmond Indigenous Gourd Orchestra. We invite you to come celebrate the interesting and unusual – don’t be a scaredy-cat! 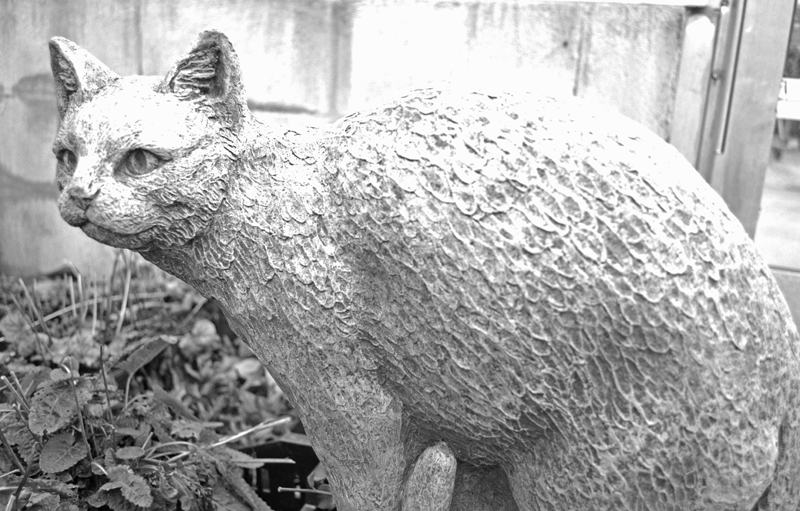 Cat Statue in the Children’s Garden