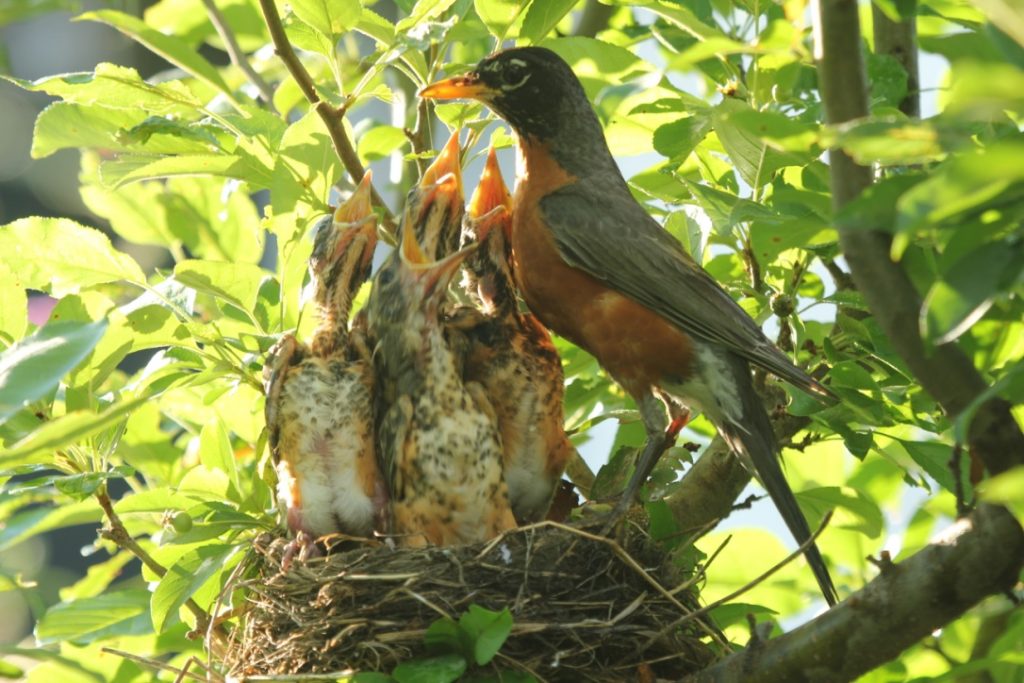 Robin chicks waiting to be fed.

Backyard birds often wander widely around our neighborhoods during summer, so it can seem that birdlife has diminished. Consider these tips to increase avian traffic in your backyard.

Water: Backyard birds need a source of water, especially during our hot, humid summers. Provide a birdbath and refill it often. A water drip in the birdbath also will attract birds.

Seeds: Backyard birds have a wider range of food sources during the summer, so whether you continue feeding them is a personal decision. However, readily available nourishment—such as sunflower seeds and a good quality seed mix—are apt to attract more birds.

Suet Cake: Some backyard species have multiple broods during breeding season, such as northern cardinals, house and Carolina wrens, and mourning doves. Watch for harried parents attending to hungry chicks during summer months. They’ll thank you for suet cake: a prized treat for their youngsters.

Nectar: Don’t forget ruby-throated hummingbirds, usually a faithful mainstay in our backyards, who may appreciate a nectar-filled feeder. However, they may bypass feeders altogether if you have enough cardinal flowers, salvia, lantana, and bee balm blooming.

Jerry Uhlman, is a Garden volunteer and an avid birder who wrote the Flyways & Byways column for the Richmond Times-Dispatch for 20 years. He also penned the Birder’s Guide to Metropolitan Richmond guidebook (available in Lewis Ginter Garden Shop) and articles for national wildlife magazines. Watch for him in Boomer magazine, too!